The International Order of Freemasonry for Men and Women Le Droit Humain has been implanted in the United Kingdom since 1902 and is today the standard-bearer of the Order in this country.

With its continental cousins it shares a rich strand of liberal, non-dogmatic Freemasonry which has come to be practised and respected worldwide.

It seems to be generally accepted that organised all-male Freemasonry originated in the British Isles in the early eighteenth century, and it is also true that it has progressed largely unchanged since that time. Continental Freemasonry was an offshoot of this, but in France particularly it evolved in a markedly different way.

British Freemasonry seems to have had a distinct philanthropic flavour to it at the beginning, whilst at the same time evoking an affiliation with the Gresham College principles of divinity, law, astronomy, music, geometry, rhetoric and physics.

Continental Freemasonry tended to lay stress on moral, esoteric and spiritual matters and we know from eighteenth century records that in Britain too Freemasonry was very much more inclined towards inner work in the individual than it was towards political, civic or philanthropic pursuits. We have only to consider the writings of William Preston or the content of the Emulation lectures, where we meet with such evidence:

On what ground do our Lodges stand? Holy ground.

Why on Holy Ground?

Because the first Lodge was consecrated.

How are our Lodges situated?

Due East and West.

Because all places of Divine worship, as well as Masons’ regular, well-formed, constituted Lodges are or ought to be so situated.

So it is clear that Freemasonry is a secular spiritual pursuit, although owing nothing to any particular religion, and this has underpinned the development of Freemasonry since the eighteenth century, notwithstanding occasional forays into political debate on the part of some Grand Lodges. 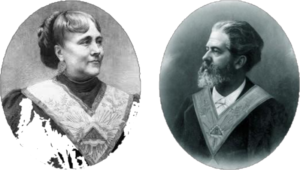 But in 1882 Maria Deraismes was initiated in the Lodge ‘Les Libres Penseurs’ (The Free Thinkers) and not long after that, in 1893 she founded, with Georges Martin, La Grande Loge Symbolique Ecossaise de France, known since that time by its short title Le Droit Humain.

So what the world knows by the name of Co-Freemasonry is today the International Order of Freemasonry for Men and Women Le Droit Humain. 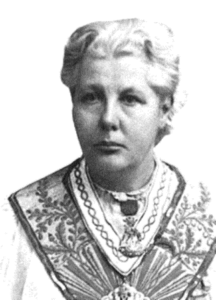 Instrumental in the founding of Le Droit Humain as an International Order was the Englishwoman Annie Besant, who was initiated in Paris in 1902. In that same year the Order was implanted in England, Besant being the Right Worshipful Master of Lodge Human Duty No. 6.

The basic precept of the Order is that one can hardly erect a structure to the perfection of humanity in excluding half of that humanity, namely women, and it is true that in practice, debate and discussion of matters of an esoteric and spiritual nature are greatly enriched by the common expression of masculine and feminine viewpoints. And it is in its pursuit of esoteric and spiritual freemasonry that Le Droit Humain becomes distinguished from other forms of mono-gender Freemasonry.

In the United Kingdom, the British Federation of Le Droit Humain has its headquarters in Surbiton in Surrey. The Order follows the Ancient and Accepted Scottish Rite system of 33 degrees.

Its initiation ceremony, though in its basic form having parallels with other masonic initiation ceremonies, has evidence of more esoteric influences, such as the presentation of the candidate to the elementals of earth, air, fire and water.

There is a greater importance placed on education – a candidate will only be permitted to advance from one degree to the next after a considerable period of instruction and learning, proving him or herself to be proficient in the principles of the degree and having learned the words of some passages of the degree by heart.

The Order recognises all regularly-constituted Grand Lodges and masonic bodies, and is itself reciprocally recognised by them with the exception of the United Grand Lodge of England. In consequence, while members of Le Droit Humain may not visit UGLE Lodges, their Brethren are always welcome to visit Droit Humain.

In sum, the International Order of Freemasonry for Men and Women affirms that Freemasonry is a dynamic pursuit, not static; it is liberal and non-dogmatic; it is an enlightening pursuit; it unites persons of very disparate backgrounds and cultures; it aims to open up one’s understanding of what is really important in life. It is indeed a way of ‘seeing in a different light’. 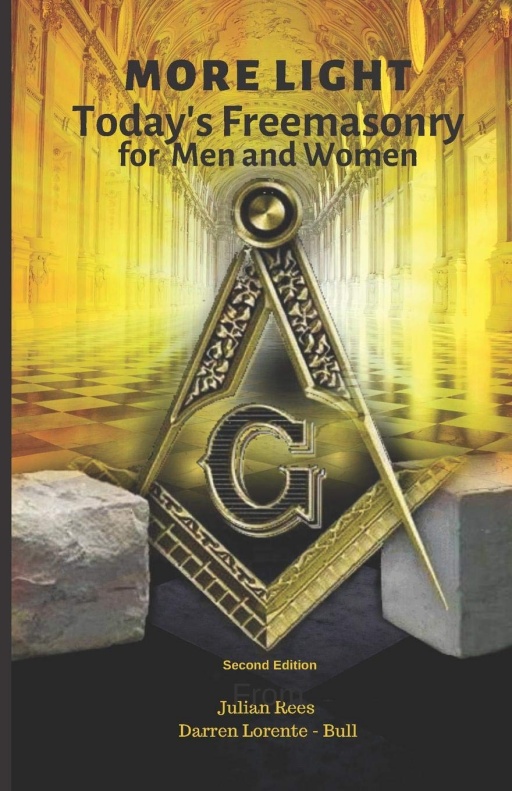 by: Julian Rees and Darren Lorente-Bull

This is the as yet untold story of Freemasonry for Men and Women. Although in existence since 1893, no book in the English Language has yet been published on the subject. In it, we will tell the story of Freemasonry, particularly Freemasonry for men and women; we will explain what liberal Freemasonry is; that it is far removed from the boring boys club image; what Freemasons do in their ceremonies; how Freemasonry can lead to a better, more fulfilling life and increase self-knowledge; what the symbolism 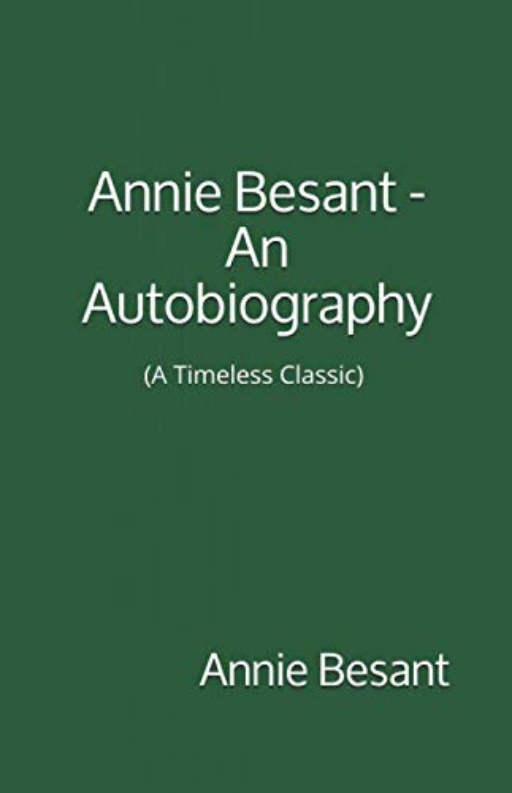 It is a difficult thing to tell the story of a life, and yet more difficult when that life is one’s own. At the best, the telling has a savour of vanity, and the only excuse for the proceeding is that the life, being an average one, reflects many others, and in troublous times like ours may give the experience of many rather than of one. And so the autobiographer does his work because he thinks that, at the cost of some unpleasantness to himself, he may throw light on some of the typical problems that are vexing the souls of his contemporaries, and perchance may stretch out a helping hand to some brother who is struggling in the darkness, and so bring him cheer when despair has him in its grip. Since all of us, men and women of this restless and eager generation—surrounded by forces we dimly see but cannot as yet understand, discontented with old ideas and half afraid of new, greedy for the material results of the knowledge brought us by Science but looking askance at her agnosticism as regards the soul, fearful of superstition but still more fearful of atheism, turning from the husks of outgrown creeds but filled with desperate hunger for spiritual ideals—since all of us have the same anxieties, the same griefs, the same yearning hopes, the same passionate desire for knowledge, it may well be that the story of one may help all, and that the tale of one should that went out alone into the darkness and on the other side found light, that struggled through the Storm and on the other side found Peace, may bring some ray of light and of peace into the darkness and the storm of other lives. 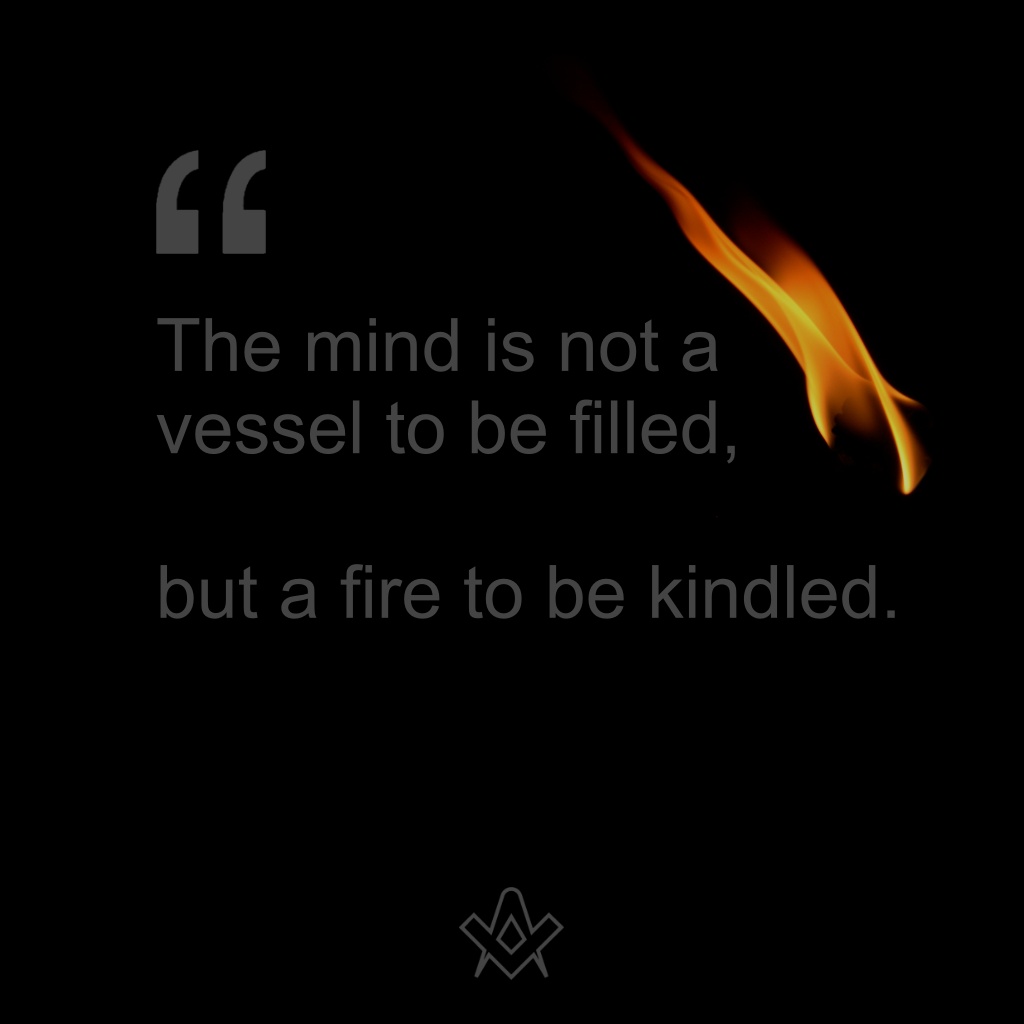 The mind is not a vessel to be filled, but a fire to be kindled  …read more 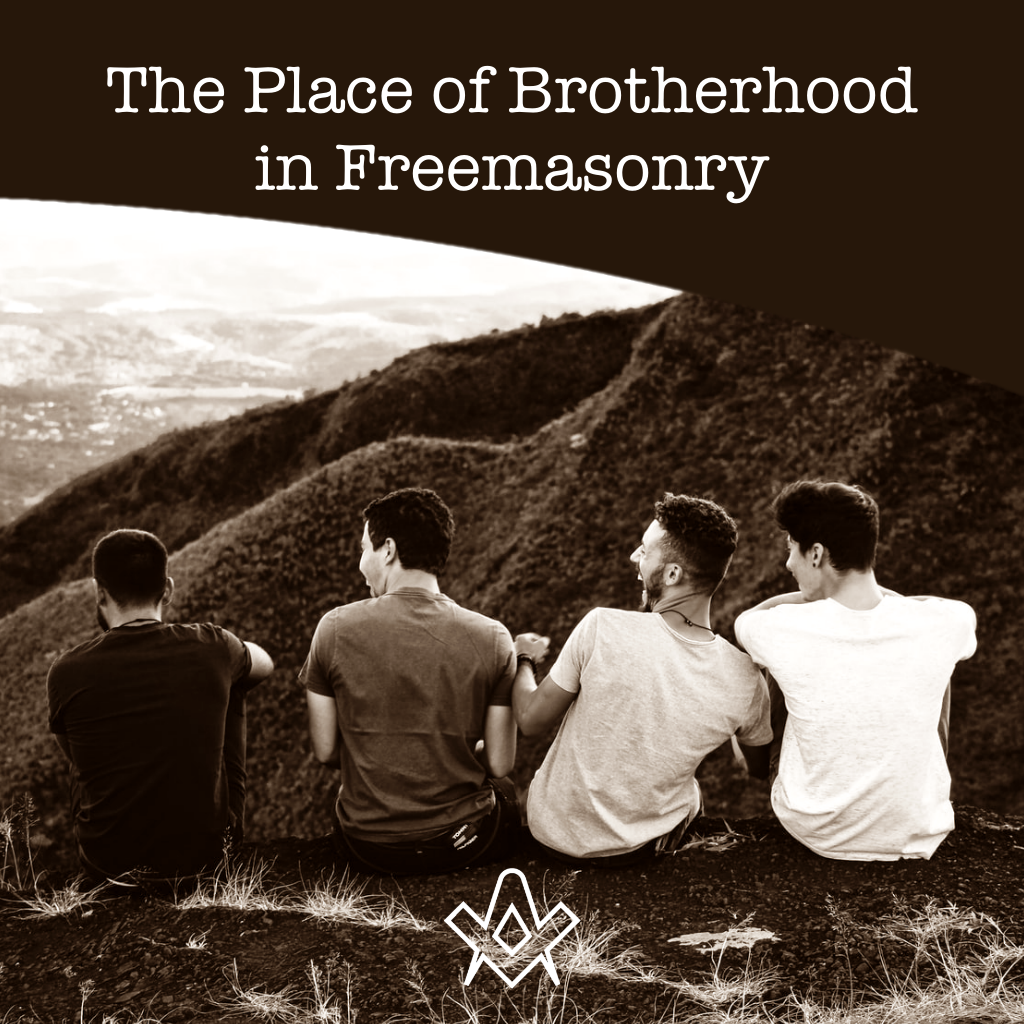 To what extent are the fraternal relations between my fellow Freemasons and myself different to those which I hold with my neighbours and friends?  …read more 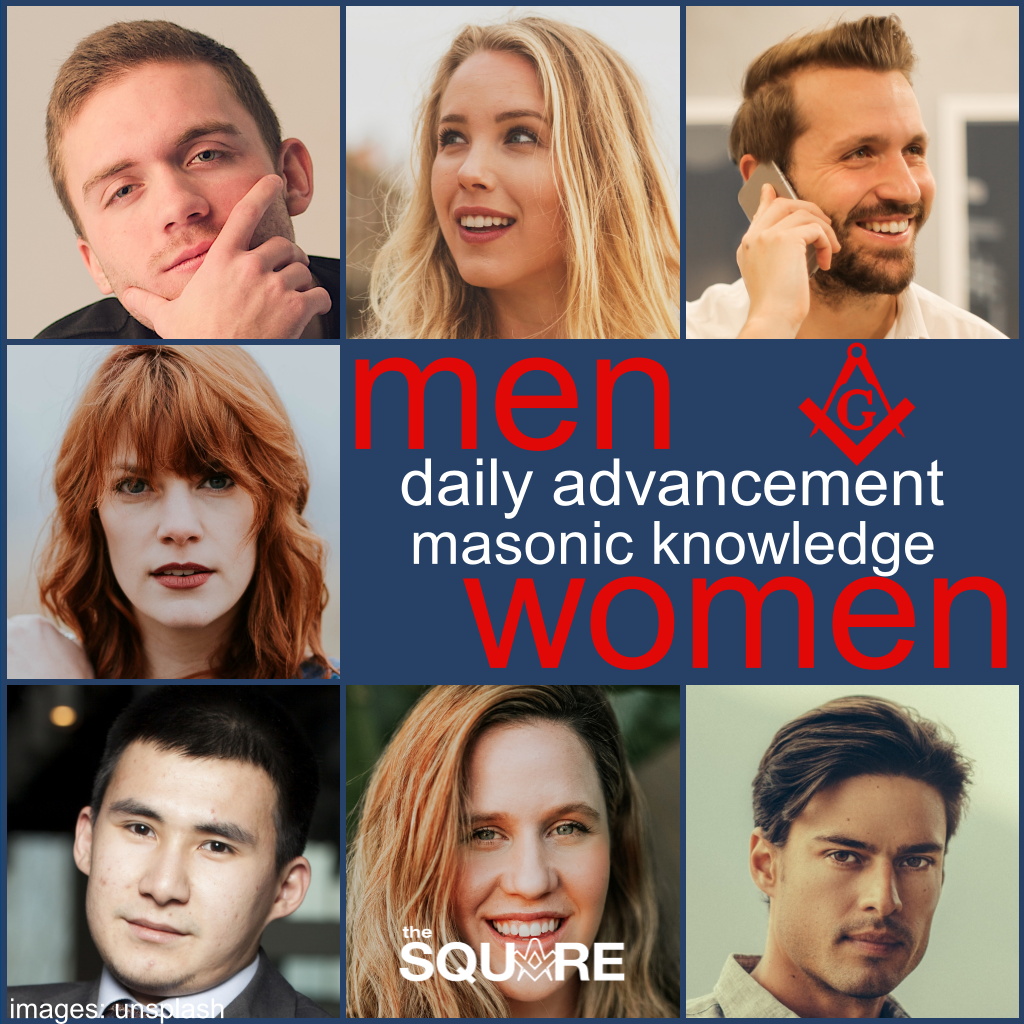 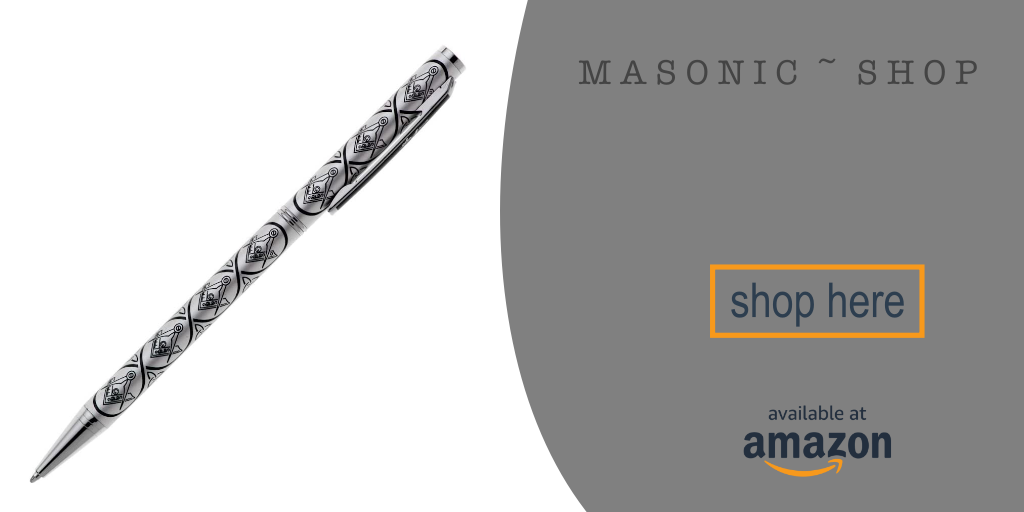