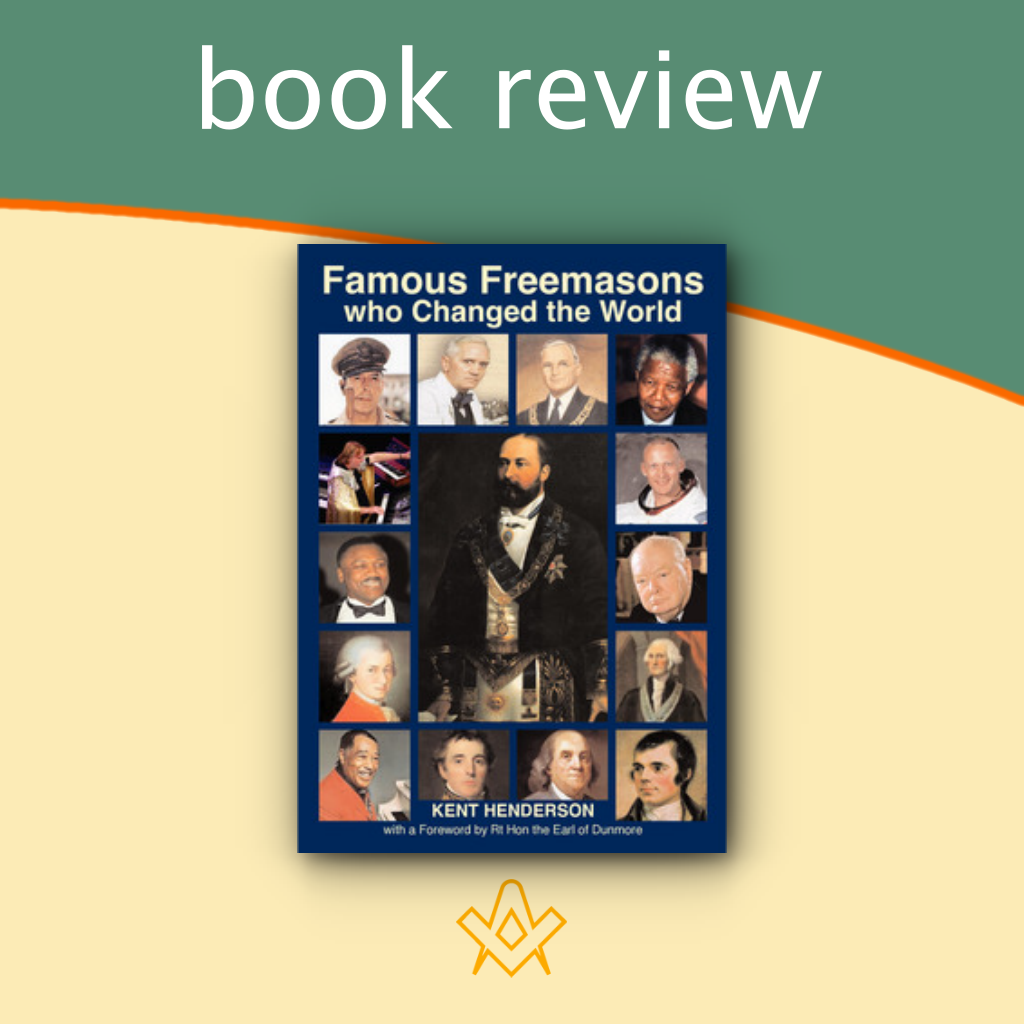 But surely, only important people can join a Masonic lodge? There has certainly been a myth, historically, along these lines.

As this book will clearly demonstrate, it is true that many men of ‘rank and importance’ have been Freemasons, including many kings of England, presidents of the United States, and great men of science, the arts, music and letters. However, it needs to be quickly added that, historically, hundreds of thousands of ‘ordinary’ men worldwide have also become Masons.

The purpose of this book is set out a selection of those Freemasons who, in their life-long
endeavours, have effected change.

For some, the change they created was localised; for others it was profound and widespread – but in every case, the individuals I deal with are all famous to varying degrees, and have made an outstanding contribution to our human destiny. The extent that applies in individual cases is for the reader himself to decide.

There are 110 biographical entries in the book. Did you know that Nelson Mandela was a
Freemason? Smokin’ Joe Fraser? Jesse Jackson? Irving Berlin? Simón Bolívar? Kemal Ataturk? Beethoven? Lord Nelson? Many surprises await you!!

The Masonic story as a universal fraternity can be encapsulated in its stated core aims of Brotherly love, Relief and Truth. Many thousands of individuals have, over time, contributed to the Masonic destiny; the ideals it wishes to share with the world – of which in this book I have dealt with only a small selection of the most prominent; bearing in mind that in a Masonic lodge all men are equal, ‘meeting on the level and parting on the square’.

Consider in your mind, for a moment – what if history had been different? What if Nelson had lost at Trafalgar; Wellington was defeated by Napoleon at Waterloo; Washington and La Fayette lost the Battle of Yorktown; Watt had not developed the Steam Engine; Jenner had not discovered the vaccine for Smallpox and Fleming not discovered Penicillin; Bolivar had failed in South America; Montesquieu had never written a sentence – his writings being so influential on the American Declaration of Independence; Churchill had led Britain to defeat in World War II, Raffles had not founded Singapore; even if Professor Naismith had not invented basketball! The list is a long one…

Clearly, without these many individuals, in a myriad of ways, large and small, the world today would be a very different place and we would be much the poorer as a result. One would like to muse, and I think we can, that the principles of Freemasonry made a difference to each of my subjects, personally, as they undoubtedly have for many, many thousands of men over past centuries…

These then, are indeed the Freemasons who have changed the world!