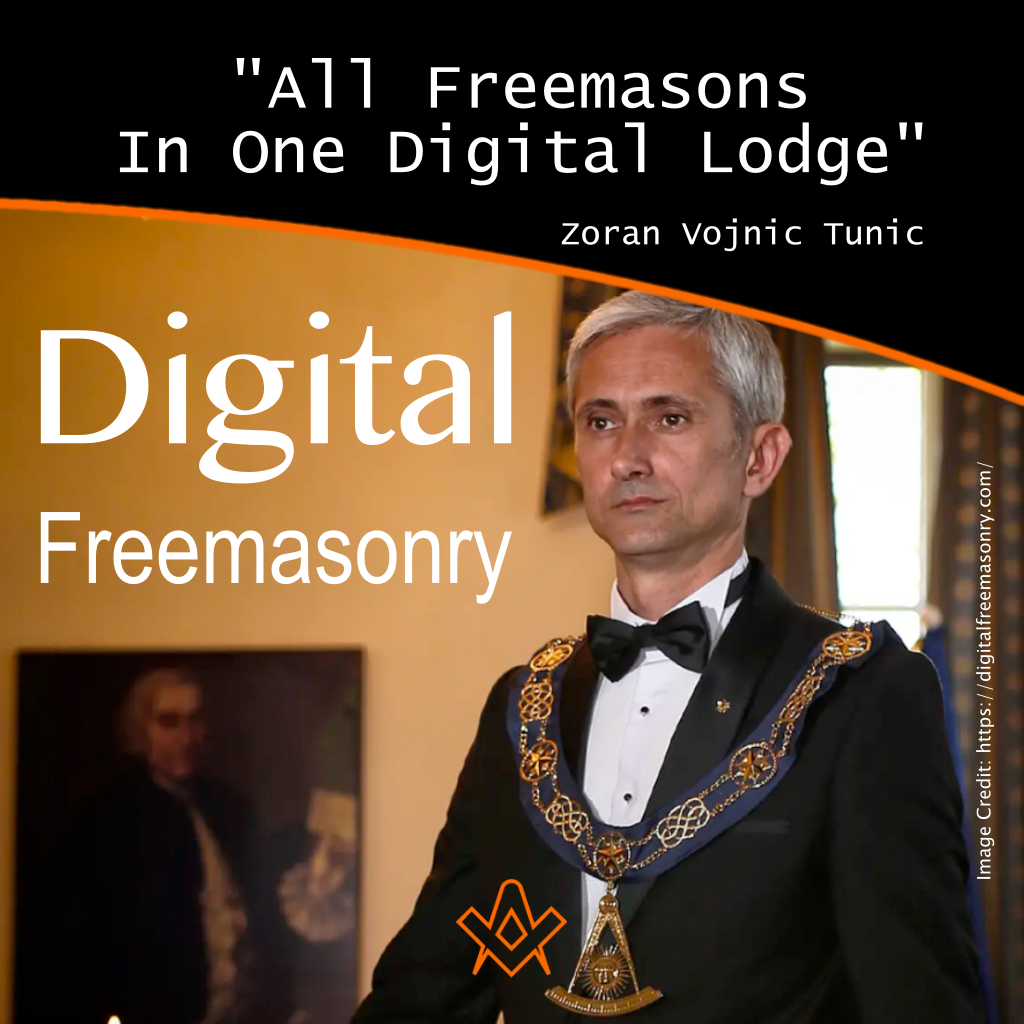 A transformation from Speculative to Digital Freemasonry began on 19.03.2021 at the First General Assembly “The World Union of Sovereign Lodges – Libertas 5775”.

Digital Freemasonry
“All Freemasons In One Digital Lodge”

Grand Sovereign Lodge of Croatia – LIBERTAS is an independent Grand Lodge in the jurisdiction of Croatia.

He is the initiator and one of the founders of Digital Freemasonry. In his early days upon admission, he found certain administrative tasks become increasingly more complex.

This is made more acute in regions of the world where there are a large number of liberal and independent Grand Lodges.

Thinking about how to improve these processes, the concept of a Digital app specifically for Freemasons, Lodges, Grand Lodges, and Associations.

He quite rightly understands that Freemasons who meet in physical masonic temples will wish to explore Freemasonry in a virtual world. Likewise, Freemasons from the metaverse will occasionally wish to meeting with brethren in the real world.

The two have to operate in parallel, and there needs to be a bridge between the two worlds.

Masonic Passport is an smartphone app, available on both Apple and Android phones, where a masonic organization can schedule events and issue tickets.

Users have access to events based on the Masonic qualification, where they can register and make a seat reservation. They will also view all the activities listed in the calendar.

Today, almost 300 years after the founding of speculative Freemasonry and the adoption of fundamental principles, we have more than a real need to start solving the existing “chaos” brought to us by the Internet and the new Digital Age through constructive dialogue and a systematic approach.

On 10/22/1775 the Reformed Freemasonry System LIBERTAS was founded. Also, the Declaration and “Drašković’s Observation” were adopted at the founding assembly, which speak very clearly about freedom, equality and brotherhood.

It is interesting to note that the declaration was made a year before the American Declaration of Independence and fourteen years before the French Revolution.

The founders of LIBERTAS are two extremely dedicated brothers of the Masonic name “Jacobus” and “Hieronymus”.

At the initiative of the Grand Sovereign Lodge of Croatia LIBERTAS A.D. 1775, the Grand Lodge of Nikola Tesla from Serbia and the Grand Orient of Bosnia and Herzegovina, as well as the other Grand Lodges of the founders, at the founding assembly held on January 28, 2021 in Zagreb, a unanimous decision was made to establish the World Union of Sovereign Lodges – LIBERTAS 5775.

At this founding assembly, the Statute was adopted as the fundamental and highest act of LIBERTAS, and a decision was made to adopt and sign the Declaration on Foundation and Sovereignty by the members at a special ceremonial ritual work, which is to be held on March 19, 2021 in Sarajevo.

Admission to LIBERTAS membership can be requested by any Grand Lodge or Lodge that works in the open air, and the basic condition for admission to membership is primarily that the member fully accepts:

The Statute of the Union,
The Declaration on Foundation and Sovereignty and
The Constitution of 1775.
The work and activities of each member are independent and completely autonomous compared to the membership in LIBERTAS.

The World Union of Sovereign Lodges – Libertas 5775 is an association of independent Grand Lodges, which met on 19 March 2021 to sign a Declaration of the Foundation and Sovereignty

The first Freemasonry token is being prepared with the symbolic name “Libertas 5775”, which means Freedom and which is one of the fundamental values ​​of Freemasonry.

By registering with the Official Community of Digital Freemasonry you can join in a special group called “Libertas 5775 token NEWS” and be informed in a timely manner about the development of this project. 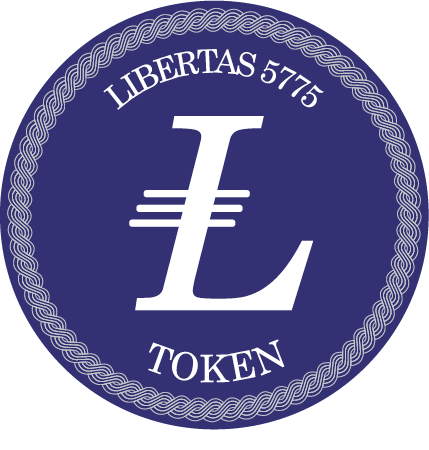 That you can already join in the team that is preparing to build MasonicVerse, the new digital home of all Freemasons, whose official motto is:

“ALL FREEMASONS ONE DIGITAL LODGE”

One of the first initiative for Masonic Art NFT collections with philanthropic goals supported by a regular Grand Lodge, in this case, the Great Lodge of Argentina of Free and Accepted Masons.

The vision is to satirize the many existing myths and preconceptions about Freemasonry by building a united community around an engaging story with multiple benefits. Aether Lodge consists of 9990 Masonic-themed NFTs divided into multiple collections.

What connects Freemasonry and Bitcoin ? Both are misunderstood and ridiculed by the ill-informed. If freemasonry is about being a better citizen of the world. Then Bitcoin is about: making the world a better place for all citizens

Freemasonry and the Metaverse; P2

In this second instalment, Freemasonry and the Metaverse. We discusses the importance of being an open source protocol and how could Freemasonry benefit from a metaverse structure?

Metaverses, Masonry and Minecraft: The Future of Lodges

Should Freemasons be proud that a clandestine group has borrowed their symbolism and ideology and transplanted it into a server known as ‘The Worst Place in Minecraft’? Metaverses, Masonry and Minecraft: The Future of Lodges

To be a Better Citizen of the World; Step 3

To be a Better Citizen of the World; Step 2

To be a Better Citizen of the World; Step 1

Opportunity to fix the Sussex fudge

Is there a value proposition for members, that under English Constitution Freemasonry, we have a 4 part offering; Entered Apprentice, Fellowcraft , Master Mason and Companion, conducted in a single craft lodge ?

The Masonic Temple is a platform where both Freemasons and non-Masons, enthusiasts of real art and spiritual growth, connect to the new world of the metaverse. A Freemasonry in the metaverse project, based regular freemasonry principles.

All Freemasons In One Digital Lodge; Is this viable?, is it practical ?, is it even possible ? To answer this question we need to under the problem "Digital Freemasonry" aims to fix.

Freemasonry and the Metaverse

There is growing interest in the Freemasonry and the Metaverse on social media. Some projects are starting out as Masonic art NFT collections, while others are more clearly see a point in the future where they will be lodges operating in a metaverse.

In addressing declining lodge membership and lack of attendance, we need to assess the value it offers to members. What is value, and what does it mean to you?

Great Architect of the Metaverse

Are you ready to meet in the metaverse ? what can you expect to see and do ?

The Digital Order of Knights Quarantine

Called “The Digital Order of Knights Quarantine”, it was advertised as “not-a-degree” because it was not an actual degree.

Let us help answer a fundamental question, from a confused newly raised brother asking “What does it all mean and where do I go from here?”

An inconvenient truth about the product life cycle of Freemasonry

Freemasonry is local. This is where we need to start. We start with our Facebook friends, our neighbours, our colleagues, our lodges…

What Future for Freemasonry

Has your lodge accepted an unknown candidate from the internet? Third in a three-part series looking at the process to accepting candidates via the internet

What would make a good Masonic phone app ? Share one feature you would include in a phone app for Freemasons . . .

What does that really mean