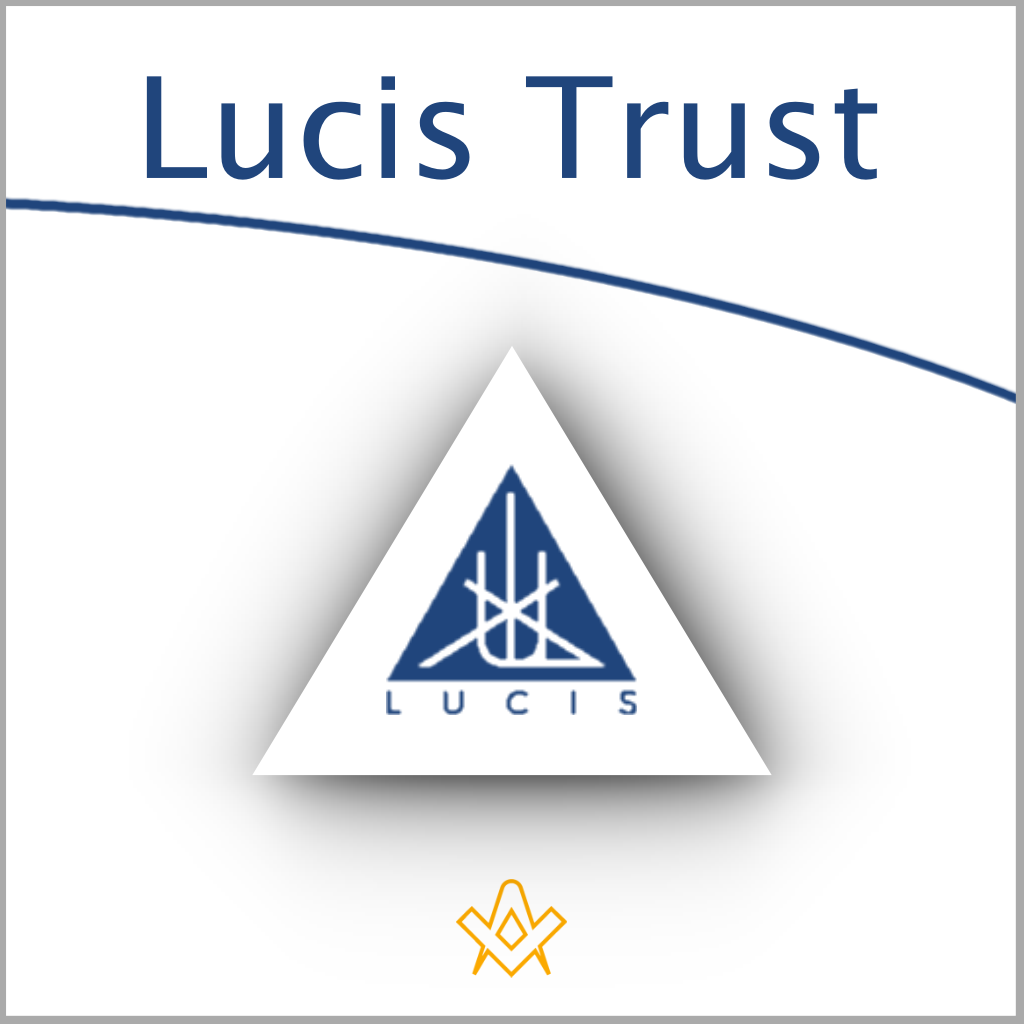 What is the Lucis Trust?

Lucis Trust was founded by the 33rd degree Freemason Foster Bailey and his wife Alice Bailey in the last century.

“Lucis is a form of the Latin word, lux, and means ‘Light’

The Lucis Trust is dedicated to the establishment of a new and better way of life for everyone in the world based on the fulfilment of the divine plan for humanity. Its educational activities promote recognition and practice of the spiritual principles and values upon which a stable and interdependent world society may be based.

The esoteric philosophy of its founder, Alice Bailey, informs its activities which are offered freely throughout the world in eight languages.”

Alice Bailey wrote 24 books on the Ageless Wisdom teachings which were published between 1919-1949. The Lucis Trust also offer esoteric training based on these teachings through their Arcane School, which is conducted by correspondence in eight languages through multiple headquarters.

This article will discuss the approach to initiation within the Lucis Trust books written by Alice Bailey, unless otherwise stated. 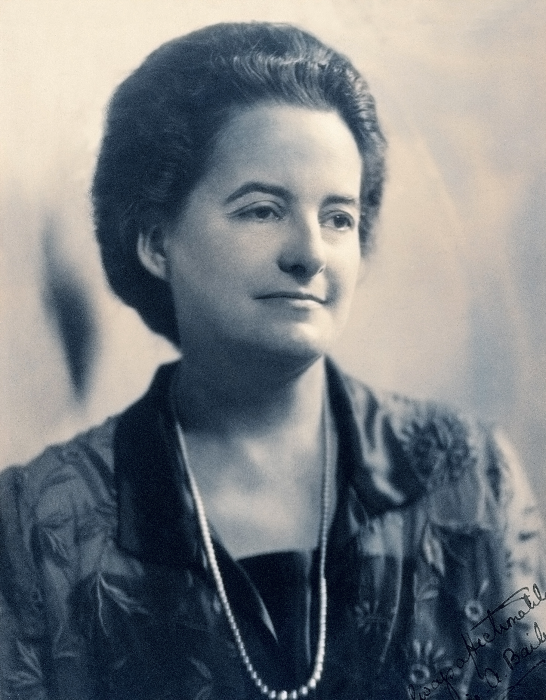 How is the Lucis Trust Related to Freemasonry?

Other than the fact that Foster Bailey was a Freemason himself, one of the key points of focus within the Alice Bailey books is the process of initiation.

Initiation has been central to both Eastern and Western mystery teachings all over the world for thousands of years – and while the specifics may vary between era and location, commonalities can be found globally shrouded in symbolism and allegory.

In fact, within the Lucis Trust teachings, service to others with purity and balance on physical, emotional, and mental levels are essential before meditation or practicing magic may be considered.

Freemasonry can be said to provide a blueprint for building good moral character as a foundation to a successful life serving others. The same applies to the approach in the Lucis Trust books.

In many of these books, it is taken for granted that the reader has already attained a stage of inner and outer mastery which the Master Mason should by now have reached.

Right morals and purity of heart, body, and mind are the foundation of successful esoteric practices just as laying the foundation is to constructing a house.

Without these solid foundations, any attempts to build on unprepared ground cannot lead anywhere good.

The purpose and process of initiation as described in Alice Bailey’s writings:

. . . It leads through the Hall of Wisdom, and puts into a man’s hands the key to all information, systemic and cosmic, in graduated sequence. It reveals the hidden mystery that lies at the heart of the solar system. It leads from one state of consciousness to another.”

The ceremonial aspect of initiation plays a large and important part in Freemasonry and many Western Esoteric practices. However, within the Lucis Trust approach, the inner process of initiation is emphasized over outer ritual.

Although physical ceremonies do play their important role in many traditions, alone they cannot make the initiate what he is and what he may become.

Light, or lux in Latin, is a central term used widely in the Western Mystery Traditions. The letters L U X within a triangle is used as a logo by the Lucis Trust themselves.

While the meaning of this short word may be open to varying degrees of interpretation, one point is common…the treading of the path of Light by the candidate leads him out of the darkness of ignorance and suffering into the light of knowledge and wisdom.

“It is the recognition of the varying ‘lights’ upon the Lighted Way that signifies readiness for initiation. The initiate enters into light in a peculiar sense; it permeates his nature according to his development at any point in time and space; it enables him to contact and see the hitherto unseen, and on the basis of the newly acquired knowledge to direct his steps still further…Initiation is, therefore, a constant fusion of the lights, progressively entered, thus enabling the initiate to see further, deeper and more inclusively.”

– Alice Bailey “The Rays and The Initiations”

In the Lucis Trust approach to the Ancient Mysteries, the concepts of major and minor initiations are discussed.

The major initiations being referred to as portals the candidate must pass through when ready and able, while the minor initiations mark the lesser but still significant expansions in between:

“In this fashion is the work of the disciple carried forward, and his testing and training carried out. Thus is he brought — through right direction of energy and wise manipulation of force currents — to the Portal of Initiation, and he graduates from the Hall of Learning into the Hall of Wisdom, that Hall wherein he gradually becomes “aware” of forces and powers latent…”

Initiation is a process, rather than a goal, an attainment, or a just a beginning. The nine major initiations outlined in the Alice Bailey books do not necessarily correspond directly to specific Masonic initiations.

There may, however, be some relation in places:

“…This is the truth which underlies the Masonic teaching, which is given under the symbolism of the first eighteen degrees.

These can be divided into four groups of degrees:

Master Mason (followed by the H.R.A.)

and the grouped degrees, four to seventeen, in the Scottish Rite

These seventeen degrees prepare the man for the fourth or fundamental degree, taken by the man who is a Master Mason. It can only be taken when the Master is in possession of the true Lost Word. He has risen from the dead; he has been entered, passed, and raised, and now can be perfected. Herein lies a great mystery.”

The Challenges of Initiation

The tests and challenges of initiation are twofold:

The above combined provide a training ground for the inner mastery required for initiation, and what lies beyond it.

It is the worldly situations that will often bring inner imperfections to the surface, along with appropriate times of isolation and reflection. The pressures and stresses provided by modern life can act as a catalyst at bringing unconquered issues to the surface. Some examples include:

All of these must be faced and mastered for each initiation to be passed through. It’s not to say that the candidate for initiation should deny the existence of these aspects of themselves or even be completely free from their touch.

He must, however, become a master of them instead of remaining a slave to them, and learn to shine a greater light in these dark places.

The importance of the foundation training in purity and control on physical, emotional, and mental levels becomes more apparent as the initiate gains progress.

For it is after the major initiations he is trained to become an effective worker in magic and a proficient builder in the world, in line with the plans of The Great Architect of The Universe.

The inner forces are not completely unrelated to those forces which act as the building blocks of nature – hence a master is not only a master of his inner world, but eventually, the external world around him.

Below is an extract from a book currently being written by the author of this article:

The unfoldment of the human soul is carried out through the process of initiation. The outer actions of our worldly lives are just as important to our development as the activity on the inner planes. In systems of initiation both ancient and modern, Eastern and Western, the Neophyte is given a strict moral code to follow to ensure that from this point onwards, he starts only adding that which is of positive worth to the temple of his soul.

The temple of the soul, or “Solomon’s Temple”, is constructed and perfected as the initiate learns, grows, and serves within the world around him. Through worldly experience, knowledge is gained, lessons are learned, and eventually, this knowledge is put into practice as wisdom. Every experience and action in a man’s life – both internal and external – play a part in constructing his temple, no matter how trivial or magnificent events may appear.

As the substance being added to the soul’s temple becomes more refined and polished, the candidate nears the point where he may pass unimpeded through the portal of initiation. These portals are not closed doorways that magically swing open ahead of him, but rather they are electrical portals comprised of a substance which becomes finer and finer as each initiation is experienced. As the candidate refines the quality and subtlety of the substance from which the temple of his soul is being constructed, his gross and subtle bodies likewise become more refined.

His thoughts become clearer, more disciplined, and more discerning. His emotional nature becomes calmer and proves more difficult to ruffle. Physically, he leaves behind that of a gross and unordered nature in favour of order and good taste. On the inner planes, he is being prepared for the initiations which lie ahead.

The major initiations which mark the great expansions into the mind and heart of the Great Architect of The Universe each come with their own tests, trials, and requirements. Without the emphasis on strict moral codes introduced to the neophyte, this process would not be possible due to the gross nature of man and his subtle bodies before such training has commenced.

The author is a member of the Hermetic Order of the Golden Dawn, outer order of the Alpha Ωmega Rosicrucian Mystery School®.

He is also a long term student of Western esoteric traditions based largely on Lucis Trust, which was co-founded by the 33rd degree Freemason Foster Bailey. 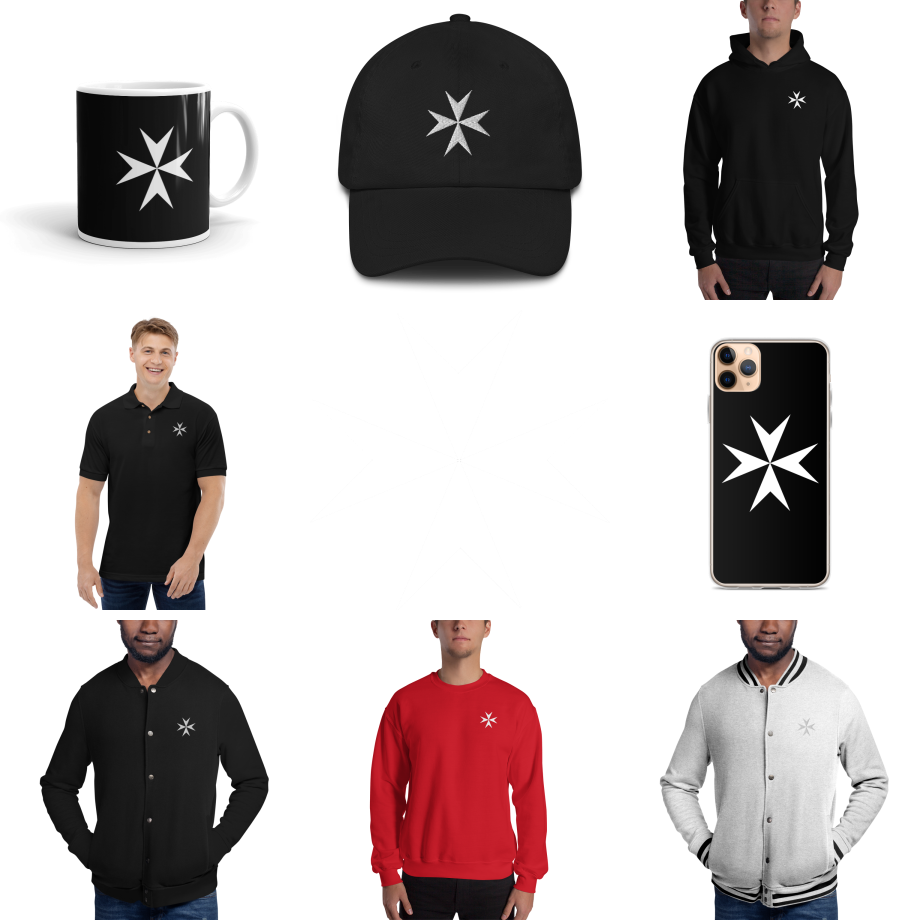