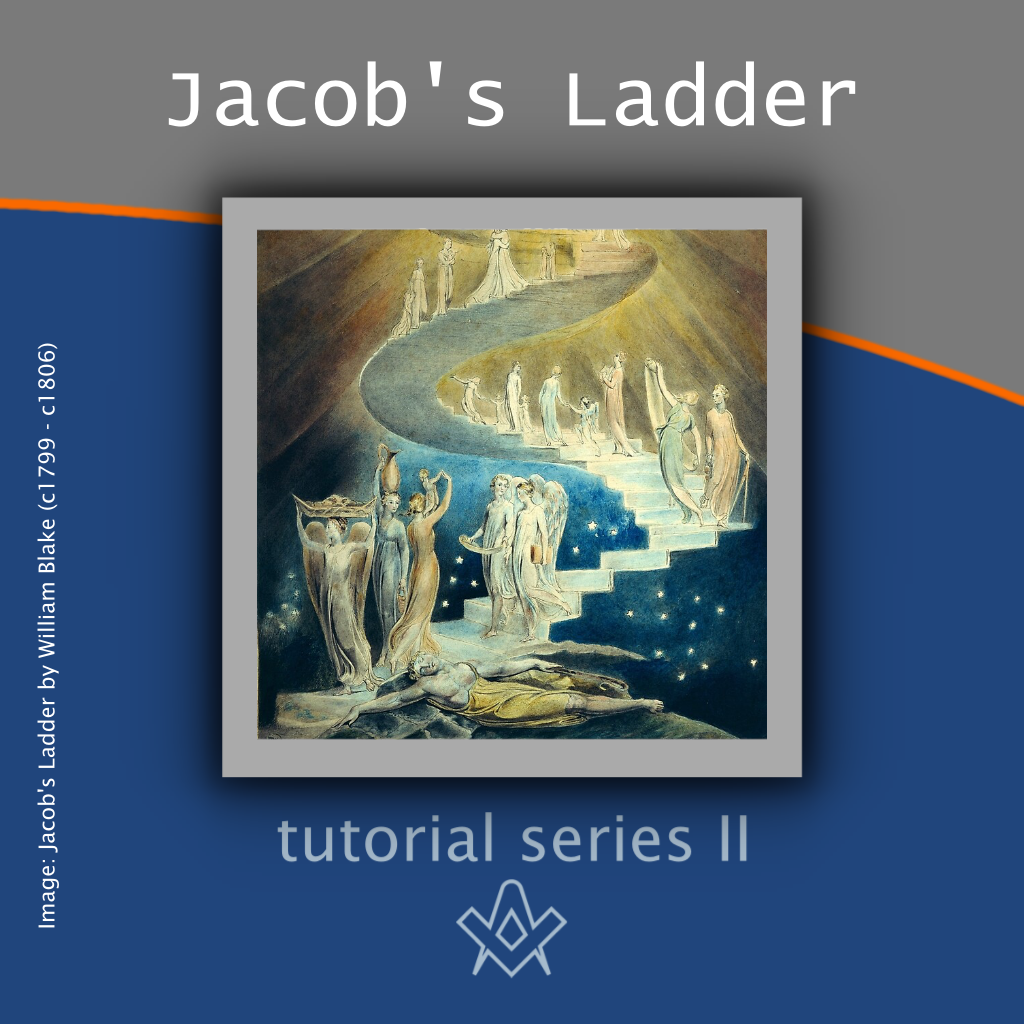 In the Book of Genesis (Holy Bible, Old Testament) we read that Jacob, the second son of Isaac and the grandson of Abraham, tricked his elder brother Esau out of his inheritance and tricked his father, Isaac, into giving him, Jacob, his blessing.

Combined, these deceptions transferred to Jacob both the physical and spiritual blessings of the family lineage.

The family lineage was the covenant Abraham made with God, that his descendants would not only inherit the land of Canaan, “they would be as numerous as the stars and eventually become a mighty nation”. (Genesis 15: 4-6 | Genesis 12:2)

Fearing retribution from his brother Esau, Jacob went to stay with his uncle, his mother Rebekah’s brother.

Whilst on the run Jacob slept under the stars and one particular night, with a rock as a pillow, he had a dream. In that dream he saw a ladder ascending from earth to heaven.

In the dream God spoke to Jacob, saying: “and behold, a ladder was set on the earth with its top reaching to heaven; and behold, the angels of God were ascending and descending on it.” (Genesis 28:12)

Jacob’s interpretation was that this place where he slept was the chosen land and the gateway to heaven. From the rocks that he used as a pillow, he built an altar on which was supported his dream of a ladder from earth to heaven.

Later Jacob changed his name to Israel and had twelve children, which formed the twelve Tribes. (Genesis 32:28)

On the First Degree tracing board the most dominant feature is Jacob’s Ladder stretching from Earth to Heaven. Unlike the “Winding Staircase” of the Second Degree the ladder is perfectly straight. Being straight it is the shortest and quickest way to reach heaven, and being straight you can see the end goal.

The First Degree is about the ‘moral man’, the good man that as Freemason’s we aspire to be. The ladder rests on the VSL, the rock that supports a Freemason’s actions and is his guide.

Attached to the VSL are a point within circle between two parallel lines. The point represents a position within the circle of life from which the moral man must not deviate.

He is guided by the two parallel lines representing in one school of thought, Moses and King Solomon; and in another the two patron saints of Freemasonry, St John the Evangelist and St John the Baptist.

The circle represents the influence of the VSL on a moral man’s life, the rock and guide to all his actions. The parallel lines are his mentors – or role models – that direct him, assist him and encourages him on that journey.

As the ladder is climbed, the climber comes upon the first of the three virtues: ‘Faith’ – the complete trust or confidence in the doctrines of his religion; the guide to all his actions.

As he climbs further, he reaches the second virtue: ‘Hope’ – a feeling of expectation and a desire to reach his goal. Climbing further still, he reaches the third virtue: ‘Charity’ – the voluntary giving of help to those in need.

These three virtues are the bedrock and basis of a good man, a moral man, a Freemason.

There is a danger, however, half way up the ladder, which is a key suspended by a thread, the key that opens heaven’s door – the key to being a moral man.

The key represents the tongue of good report, which hangs by a thread. The thread that can so easily be broken, the key lost, and with it any hope of reaching beyond the top of the ladder.

So, as a Freemason, we must follow a straight and undeviating path, which is laid down for us in the VSL, in order to reach our goal; our hope, that of being the best man we can be; a moral man, a Freemason.

Lodge of Union No. 38, Ritual Book

In Masonic rituals, Jacob’s Ladder is understood as a stairway, a passage from this world to the Heavens.