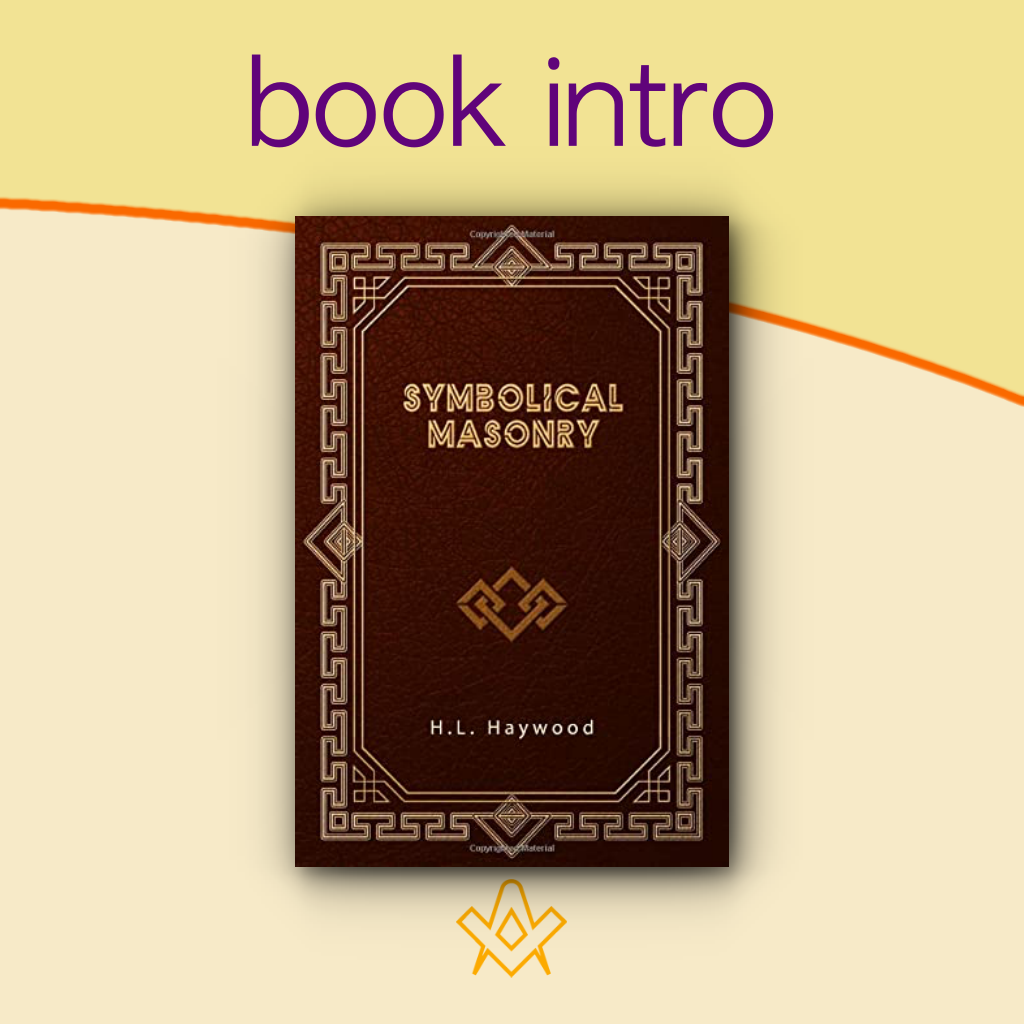 “Unto the divine light of the holy altar, from the outer darkness of ignorance, through the shadow of our earth life, winds the beautiful path of initiation.”

Shortly after taking my degrees in Masonry I asked my friend, Brother Newton R. Parvin, Grand Secretary of the Grand Lodge of Iowa, for a book to explain the ritual in which I had just participated, so much of which had escaped or confused me like a foreign language.

He told me there was no such book in existence and said it was the most badly needed volume in the whole field of Freemasonry. Later, I chanced to report this remark to a group of friends at Waterloo, Iowa, consisting of Alfred E. Longley, Raymond Folk, Louis Fowler, and P. J. Martin, the last mentioned of whom, now deceased, was one time Grand Master of Masons in that state, whereupon these gentlemen challenged me to write such a book myself, and offered to co-operate in publishing and marketing it after my MS. might be completed.

The upshot of it all was that after engaging a young man to assist me in the work I spent the larger part of one year in the Iowa Masonic Library at Cedar Rapids, Iowa, a magnificent collection of Masonic literature founded by Theodore Sutton Parvin and maintained by the Grand Lodge of Iowa.

I owe very much to the unfailing kindness of Brother Newton R. Parvin and to his Deputy, Brother C. C. Hunt, and wish at this time, and publicly, to extend to them my most sincere thanks.

Also I wish to extend my thanks to Brother John H. Cowles, Sovereign Grand Commander of the Scottish Rite, Southern Jurisdiction, for his permission to read Albert Pike’s unpublished manuscript on the ritual of the Three Degrees, which is preserved in the vaults of the House of the Temple, Washington, D. C., and which, according to Pike’s own written directions, can never be published.

While prosecuting those necessary researches—an arduous task since I was new in the field and found no previous books to guide me in my particular undertaking—I became Associate Editor of ‘The Builder’, the journal of the National Masonic Research Society, and later, Editor of its Study Club Department.

Because of this connection it fell out that instead of publishing my MS. in book form I published it in ‘The Builder’, or at least all of it except the first few sections, and in such shape as could be used by Study Clubs as well as by individual students.

Owing to the delay thus occasioned the book is just now appearing. It has been so widely used by Study Clubs, and is still so much in demand by them, that I have placed in an appendix a list of questions for discussion, and I have also included such bibliographies as experience has shown to be useful for their purpose.

I may say that since its appearance as a serial in ‘The Builder’ I have entirely revised and in many cases rewritten the whole.

The Introduction, except for two or three paragraphs, is entirely new, and so are the first four or five chapters. One chapter has been omitted.

The work undertaken originally as an apprentice task proved so attractive to me that I was at last drawn to surrender all my other duties in order to devote myself entirely to Masonic research and the cause of Masonic education, and have found my own particular and quite congenial niche with the National Masonic Research Society, of which I now have the honour to be Editor-in-Chief.

There is no need to tell the veteran Masonic scholar who may chance to peruse these pages that the book was not designed for his uses, but rather for the host of beginners in the field, whose first intellectual interest in the Craft is usually aroused by their curiosity as to what the work “is all about.”

I have tried to tell the beginners what it is  all about, as clearly as possible, within the limits of space and of the obligations to secrecy, and as far as the results of modern Masonic scholarship have allowed.