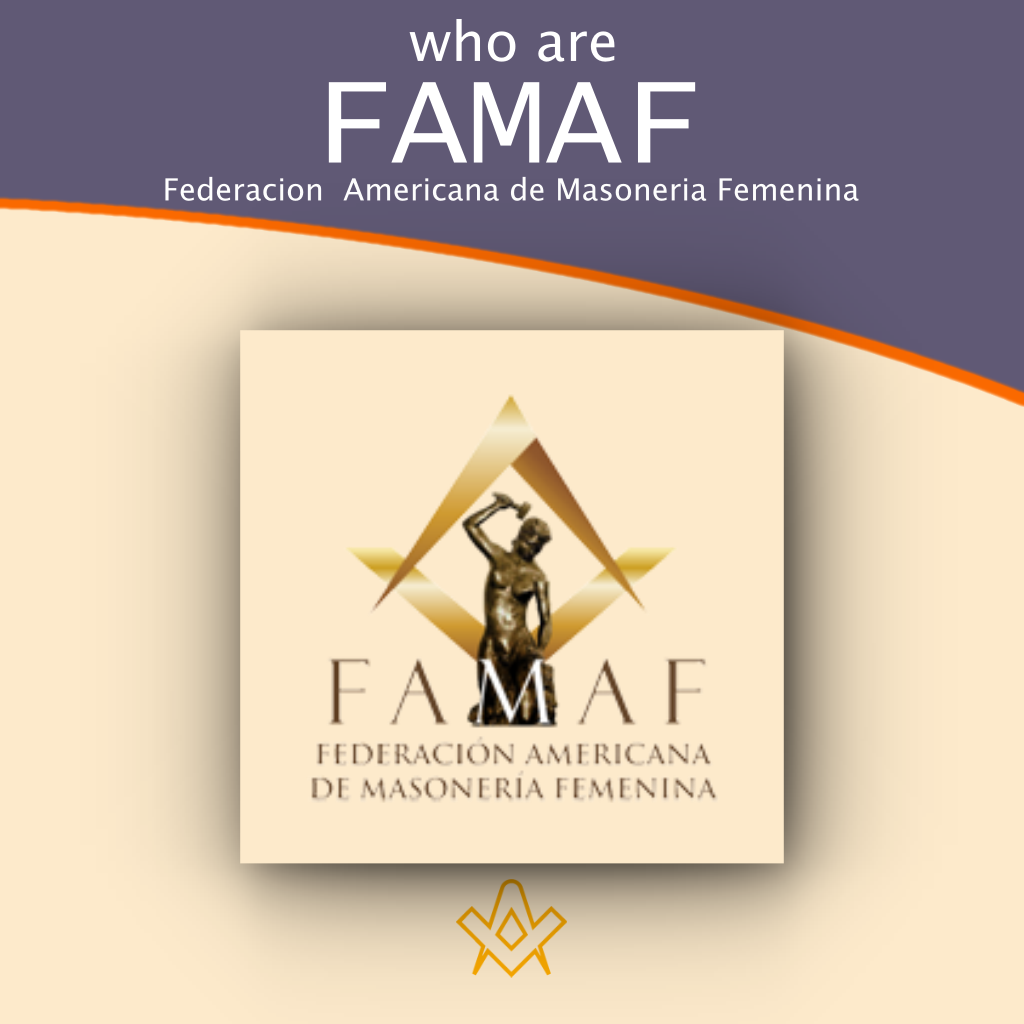 Seeking equal rights,
responsibilities and opportunities
for women in the
American territory.

The initiative puts professionals, entrepreneurs, workers, students with proven knowledge in contact with others who aspire to be, with the aim of creating a high-level communication and support network, thus promoting inspiration based on experiences and the crossed experiences.

In this difficult path towards equity, full of obstacles, glass ceilings, shaky floors, we have dedicated ourselves to the creation of mentoring, leadership and scholarship programs, developing a key space for the professional and personal growth of those who need a support to make their way in a masculinized environment with few opportunities.

There they will be able to contact through private messages or wall posts, schedule meetings, organize talks and physical or virtual sessions, or consult the training materials. 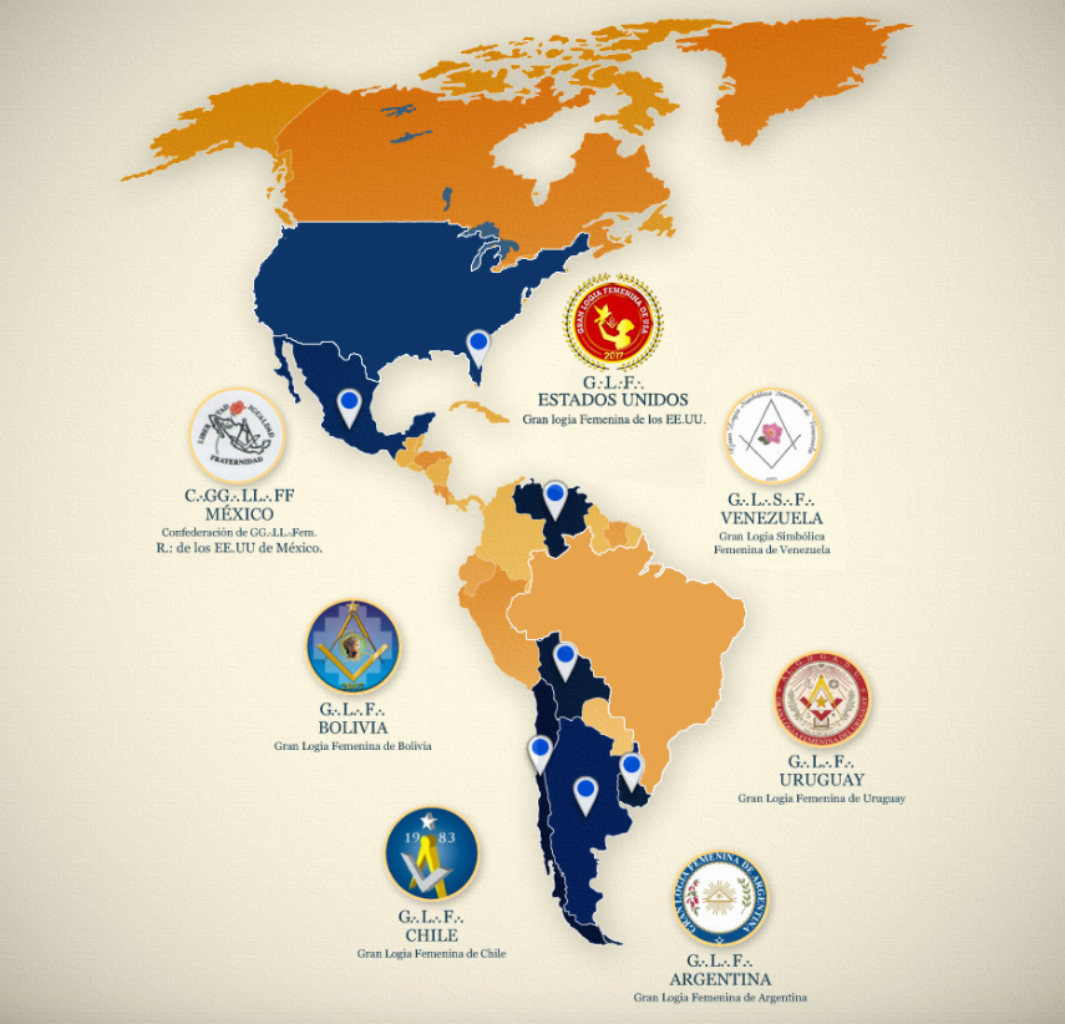 Purpose And Mission Of The FAMAF Mentoring Program

To promote gender parity, we propose to educate in equality and make the activities of successful women entrepreneurs visible so that they become role models to imitate.

Inequality between women and men persists in all areas of life, being very evident in the American continent, where the Sisters who make up FAMAF live.

Therefore, this program seeks to generate the conditions to achieve gender equality and empower all our fellow women who wish to be part of them.

Promote the real equality of women and men, a recognized universal legal principle. Seek society’s commitment to achieve gender equality and the empowerment of all women and girls.

In our countries, the commitment to achieve real and effective equality, as well as everything related to promoting policies against discrimination and violence against women, constitutes a fundamental challenge.

Therefore, FAMAF will list the members who wish or need their work, studies and/or undertakings to be accompanied by other members.

The Federation will act as a nexus between private parties, expressing that all matters concerning it will be between the parties, not having any concern only the fact of being able to make the connection.

The mentoring program is interesting and beneficial, especially when it comes to women due to its particular singularity, since its development is linked to ties and interpersonal relationships, fostering connections, conversations and contacts between the protagonists.

Historical Review
Formation Of The American Federation Of Female Freemasonry

The creation of the American Federation of Female Freemasonry (FAMAF) is the final result of the aspiration to fraternize and share experiences with HH∴ Freemasons from sister countries.

Aspiration that materialized in Santiago de Chile in the year 2000 in the first Meeting of Latin American Women’s Freemasonry, convened and organized by the Women’s Grand Lodge of Chile, at the initiative of the G.∴M∴ of the time, I∴H∴ Nancy Muñoz Miranda, who was assigned the acronym “ELA” (Latin-American Meeting)

Delegations from Log Tres Rosas No. 1 from Argentina, and Log Antawara No. 1 from Bolivia, dependent at that time on the Grand Feminine Lodge of Chile, also attended; in addition to the Lodge Julia de Burgos of Puerto Rico.

There was also the important visit of the Grand Secretary of the Feminine Grand Lodge of France Q∴H∴ Marie Jeanne Preziosi.

In consideration of the importance and transcendence of Freemason women meeting for the first time, at a Latin American level in our country, the Masonic authorities considered it relevant to make this initiative known to the Government of the Republic of Chile and for this purpose they were received by the Mr. Vice President, Mr. José Miguel Insunza, in the absence of the. Your Excellency Mr. President.

The end of the work was sealed with the signing of the “Latin American Freemasons Fraternity Appeal”, making clear the commitment to continue nurturing these fraternal ties with new Encounters, which were successfully held in 2002, 2005, 2007 and 2010.

In the V ELA of the year 2007, in Puerto Ordaz, the G∴L∴F∴ of Chile, in addition to its contribution to the central theme, presented to the authorities of the participating GG∴LL∴FF∴, a proposal to create a federated body of Women’s Grand Lodges, to establish more formal and regulated relationships, reflected in a draft of the Constitution.

This project takes shape based on the accumulated experience and on the conviction that by uniting aspirations and efforts, the results would be more beneficial for the strengthening of female Freemasonry in the continent.

Among other motivations, the intention of making the foundation of this federation coincide, projected for the year 2010, with the commemoration of the Bicentennial of the Independence of many of the countries of America, in addition to having completed the first decade of the Encounters ELA, it was felt that it was time for Female Freemasonry to undertake another evolutionary step. The proposal was enthusiastically welcomed by the authorities, who undertook to manage, in their respective Obediences, the formalization of the project.

Various circumstances put to the test the effectiveness of the V Encuentro. First, Argentina, the designated country, various conditions in the country prevented it from doing so, leaving Chile, by unanimous agreement, with that responsibility. What nature did not allow, as a result of the great earthquake and tsunami of February 2010. Finally, in a gesture of great commitment and fraternity, the Feminine Grand Lodge of Uruguay assumes its realization.

During the V ELA Encounter of the year 2010, in the city of Montevideo, the proposals and modifications to the Preliminary Draft of a Constitution to formalize the creation of the Federation of Feminine Grand Lodges of America ​​(name given to it) were studied and discussed. assigned at that time). This in a work table made up of the Grand Masters, Former Grand Masters and other high Dignitaries, as advisors, approving the Constitution that will govern it (09/02/10). Remembering as the date of foundation of the Federation on 4 September 2010.

In the same act, an Executive Body empowered to direct the destinies of the Federation until the year 2013 is established. The city of Santiago de Chile is determined as the permanent legal seat of the Federation, with the aim of achieving a Legal Personality that guarantees the actions of the institution.

They are Founding Obediences: The G∴L∴F∴ of Chile; the G∴L∴F∴ from Argentina; the G∴L∴ F∴ from Bolivia; the G∴L∴F. From Uruguay; the G∴L∴S∴F∴ from Venezuela and the G∴L∴ Unida F. Alma Mexicana from Mexico City. The latter requested his retirement, after a year, due to problems of its internal legislation, not promptly warned by its authorities.

In the course of this first period of operation of the Federation, the General Regulations that establish the rules of application of the Articles of the Constitution are drawn up.

The need to expand the coverage of the Federation to the entire American continent is detected, and the possibility of integrating other Masonic entities, such as Confederations of GG∴LL∴ and GG∴OO, which determines the change of name, passing to be called: American Federation of Female Freemasonry (FAMAF). This fact and indications regarding some of the articles of the Constitution formulated by the founding Obediences and the Executive Council itself, determined the modification of the Constitution of the year 2010, being replaced by the current format as of October 2012.

We value the founding of this Federation as a historical and transcendent fact, insofar as it has been possible to strengthen the dream that inspired the first ELA Encounters, of uniting the wills of the Masonic women of America with stronger ties, thus strengthening our efforts in favor of the ideals of Universal Freemasonry.

The story begins in 2013 when three Master Masons resign from a mixed lodge trying to embrace Female Masonry.

Its history is related to the existence in Venezuela of Adoption Lodges. In 1952 the G∴L of the Republic of Venezuela

Julia Ballester, a pioneer of female Freemasonry in Bolivia, requested sponsorship from the G∴L∴F∴ of Chile, to bring Masonic light to her country, being Initiated in Res∴ L∴ Araucaria No. 1, on September 8, 1990.

Its historical antecedents are found in the feminist movements of the 1940s and 50s; the formation of the 1st Paramasonic Women’s Center (1948); and the entry of some Ladies from that Center, to the Mixed Lodge Le Droit Humain (1960).

The Feminine Grand Lodge of Argentina

In 1990 a group of women, most of them wives of Freemasons who worked in a literary group, “Ateneo Diamante”, led by Norma Mazur, contacted the G∴L∴F∴ of Chile to be initiated.

Its history goes back to the year 2003, when Alicia Toyos, having been Initiated in a Mixed Lodge, requests her affiliation, together with another 6 MM∴, to the Resp. Log∴ Atenea N° 3 of the G∴L∴F∴ of Chile, with the purpose of bringing female Freemasonry to her country.