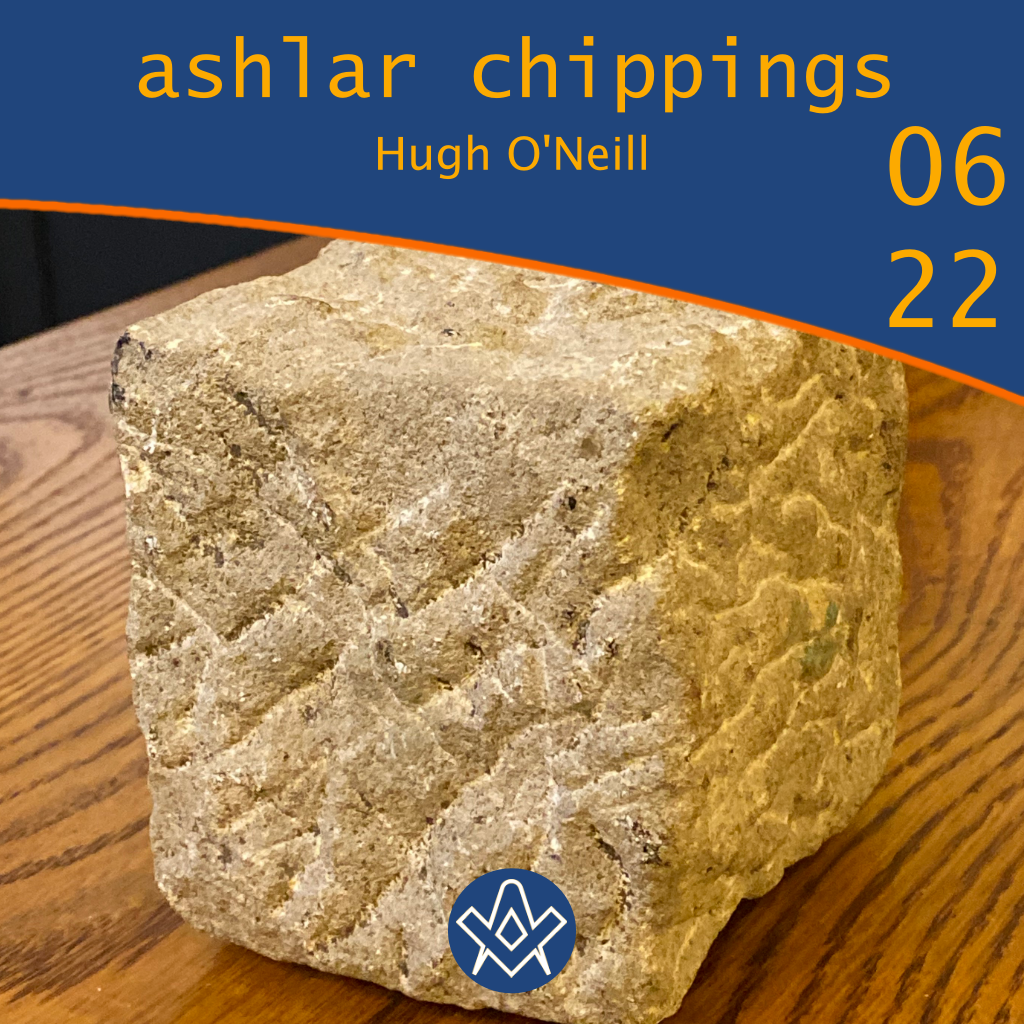 Track and Trace – nailed it!

As we are all aware, for nearly two years government departments and our health services have tried, with varying degrees of success (and otherwise!) to devise methods of tracking and tracing people who might have become infected by the coronavirus while attending functions.

Apps for your smart phone – several iterations of these, vaccination ‘passports’ – hugely unpopular, and so on.

For upwards of two hundred years masonic researchers and historians have been able to consult a mass of records that detail who would have been in close proximity with whom, when and where.

Those records are the lodge attendance signature books.  Have the authorities been missing a trick?

At a very recent lodge meeting, ballots were to be held for an initiate and two duly certificated joining members.

The ballots were to be held together as one, with the proviso that should the collective ballot be not clear, then they would be taken separately.

You know where this is leading – so, in the separate ballots, the ‘cloudy’ one had five black balls against one of the joiners!

Four members of the lodge resigned on the spot; it’s unsure why since, if they had voted in the negative, they got what they wanted.

Despite the secretary having circulated his normal cautionary note along with the rest of the documentation for the meeting, no one at all had expressed any doubts as to the acceptability of any of the applicants.

So there can be no criticism of the Secretary, nor of the Master although neither had ever experienced a failed ballot before, they rode this particular bronco calmly throughout.

The cautionary note was of the form: ‘Note: Should there be any objection to the introduction of a candidate for initiation, or a Brother joining, it is strongly recommended that such objection be mentioned privately to the Master or Secretary, who may communicate with the proposer, and give him the opportunity of withdrawing his candidate(s).’, which is surely clear enough.

The lesson to be learned here is to read carefully all documents and covering notes well in advance of meetings; Secretaries spend a great deal of time and effort to ensure that regulations and protocols are assiduously followed.

Because of human failings and since our common purpose in lodge is for harmony, peace and happiness to prevail, a further precaution of including the cautionary note next to the agenda items for membership ballots, may have had the effect of withdrawing a potentially offending name before circulating the agenda to members.

A little while ago when visiting a Universities Scheme Lodge in Portsmouth for a double first, the brother beside me was studying his agenda for the meeting with increasing perplexity evidenced by the furrowing of his brow and furtive looks around.

It transpired that his agenda was for a different Lodge in that same fair city on that same evening, at which he should have been guest of honour on his very first visit as the ruling Master of his own Lodge.

Under other circumstances he would probably have been at this Masonic hall anyway, so it was not just a lack of accuracy and precision but familiarity that had brought him to that particular Lodge.

Nonetheless, the hand of brotherhood was outstretched in affording him a place of honour at the dining table.  I know that I have sometimes turned up on the wrong day or week (haven’t many of us?), so his embarrassment is nothing new.

Until about 1830, those convicted of maritime crimes by the High Court of the English Admiralty were punished under the jurisdiction of the Admiralty.

That jurisdiction commenced at the tidal low water mark.  In the River Thames in London there was for some four centuries an ‘Execution Dock’ at Wapping just beyond the low tide mark where the convicts, either dead or just about still alive, were suspended from a gibbet for the duration of at least three tides.

The sight of that gibbet and the human remains by seamen passing by to and from the world’s largest port, would surely give pause for thought. 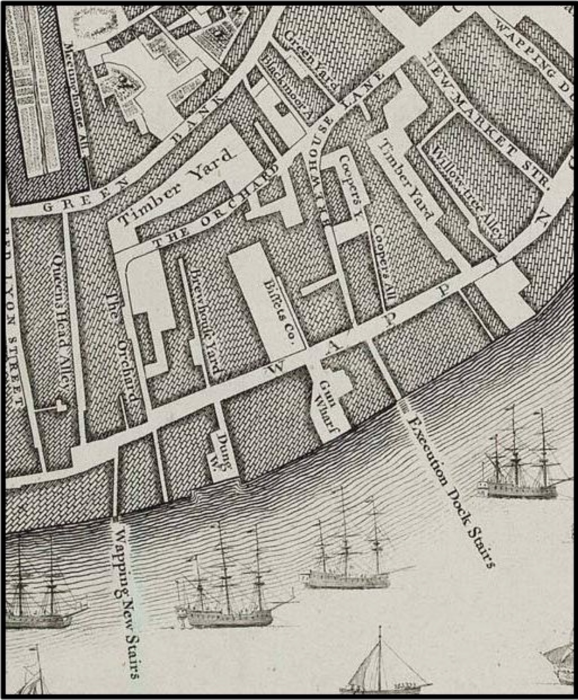 Extract from Rocque’s 1746 Map of London, showing the traditional location of the ‘Dock’.

Is this where the idea came from for the traditional location of one of our symbolic penalties?

[Hugh – Future of this column – Because of other Masonic activities, I shall be pausing this column for approximately two years]