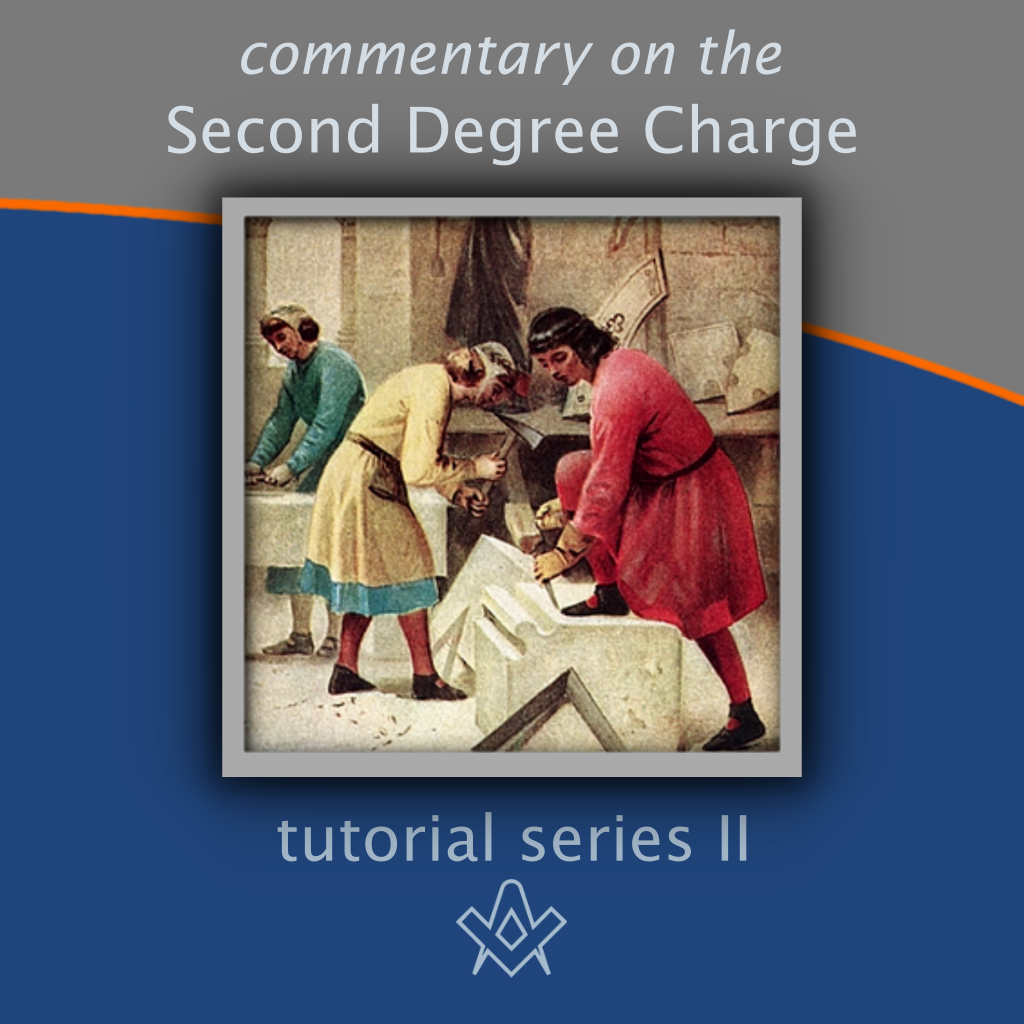 Following on from the commentary I wrote on the First Degree Charge which is in the July 2021 issue of The Square Magazine, I now present to you my commentary on the Second Degree Charge.

In my first commentary, I wrote about how Freemasonry was born out of the medieval Stonemasons Guilds. How the apprentice would live in the Master’s house and learn, not only the skills of operative masonry but the values of family life and good citizenship in order to be respected both in the community and in the workplace. To be a moral man.

In the second degree we learn about being an educated man. Skilful, not only in the Craft itself but also how to manage others.

Bro. AB now that you have advanced to the Second Degree, we congratulate you on your elevation. It is unnecessary to recapitulate the duties which, as a Freemason, you are now bound to discharge, or enlarge on the necessity of a strict adherence to them, as your own experience must have established their value.

Right at the beginning of this Charge the candidate is reminded of the first degree Charge which went into detail of how a Freemason should act in a comprehensive list of situations. It also gives credence to the Craftsman in validating the value of their own experiences.

Your past behaviour and regular deportment have merited the honour which we have conferred and in your new character it is expected that you will not only conform to the principles of the Order but steadily persevere in the practice of every virtue.

The Charge acknowledges the fact that the Craftsman has acted as a ‘moral man’ and encourages the Craftsman not only to continue to do so but also to grow and develop himself to be the best person he can be and conform to the principles of brotherly love, relief and truth or in more modern terminology, integrity, respect, friendship and charity.

The study of the liberal arts, which tends so effectually to polish and adorn the mind, is earnestly recommended to your consideration, especially the science of Geometry which is established as the basis of our Art.

The purpose of the second degree is to influence the candidate in his personal development. To be the educated or intellectual man. To study the ‘trivium’ (grammar, rhetoric, logic) and ‘quadrivium’ (arithmetic, geometry, music, astronomy) that is language and the use of language and calculation for these are the basic skills of an educated man.

It is in the second degree that we learn about the symbolism of geometry in Freemasonry and its importance. We learn about ‘square conduct, level steps and upright intentions’.

As the solemnity of our ceremonies requires a serious deportment, you are to be particularly attentive to your behaviour in our regular assemblies; you are to preserve our ancient usages and customs sacred and inviolable and induce others, by your example, to hold them in veneration.

For our ritual to be effective there must be an attitude from all participants in Lodge which is respectful. Respectful not only to the participants of the ritual but also to the occasion. The candidate will only go through the ceremony as the principle player once so all those in the Lodge room must show that respect which is due. Attitude affects behaviour which affects the attitude and behaviour of others.

The laws and regulations of the Order you are strenuously to support and maintain. You are not to palliate or aggravate the offences of your Brethren, but in the decision of every trespass against our rules, judge with candour, admonish with friendship, and reprehend with mercy.

In both the first and second degree the candidate took vows of fidelity that is to say they made certain promises to be faithful and show loyalty to the constitutions of Freemasonry. This charge goes onto say that should a Brother break those constitutional rules the Craftsman should not disguise the seriousness of the offence or make it worse. He should be open, honest, friendly and forgiving.

As a Craftsman, in our private assemblies you may offer your sentiments and opinions on such subjects as are regularly introduced in the Lecture, under the superintendence of an experienced Master, who will guard the Landmarks against encroachment. By this privilege you may improve your intellectual powers, qualify yourself to become a useful member of society and, like a skilful Brother, strive to excel in what is good and great.

On the Coat of Arms of the United Grand Lodge of England are the words ‘Audi Vide Tace’, the full quote is ‘Audi, vide, tace, si vis viverer in pace’ – meaning: ‘hear, see, hold your tongue if you would live in peace’. Good advice to all Freemasons but in particular as an Entered Apprentice. In the second degree the Craftsman is invited to take part in Masonic discussions but only under the guidance of an experienced Mason so that none of the Masonic secrets are inadvertently betrayed. 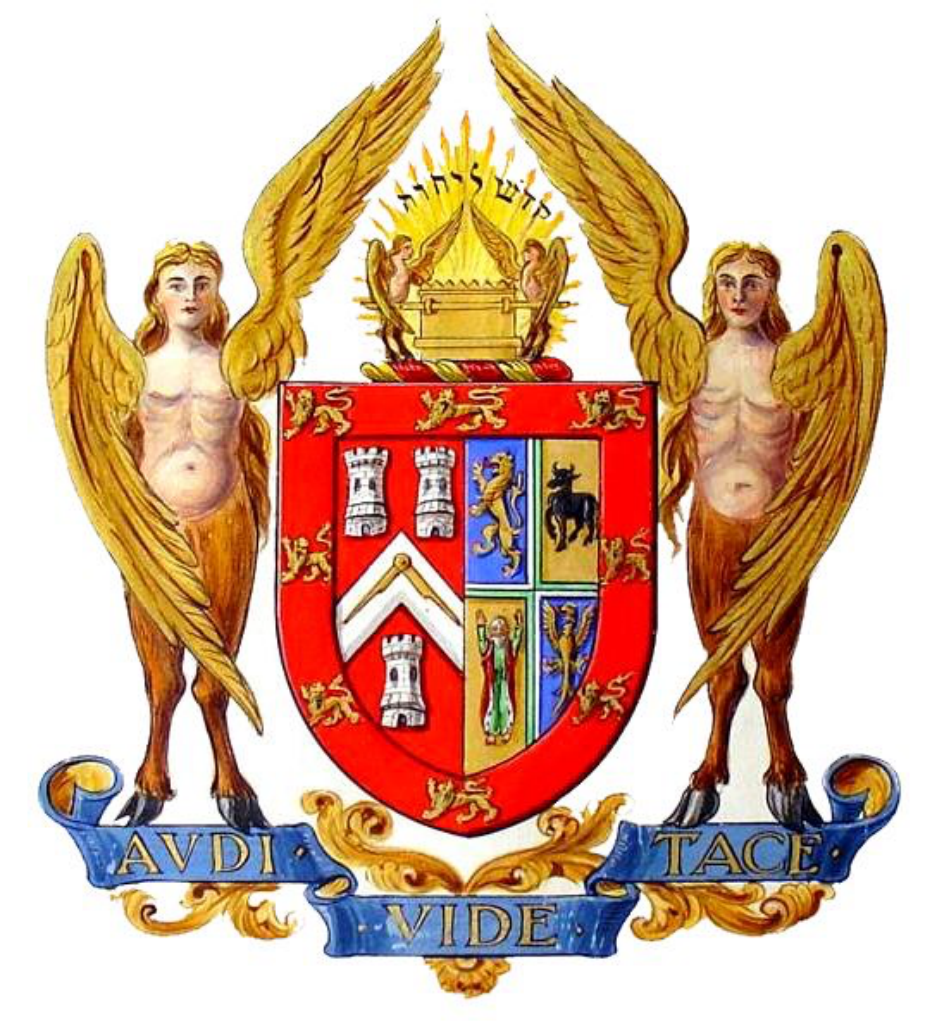 This is in line with the ethos of the second degree, that of being an educated or intellectual man. By taking part in such supervised discussions the Craftsman will become aware of the moral teachings of Freemasonry and the importance of self-development. He will become the best version of himself.

You are to duly honour and obey all regular signs and summonses, given and received. You are to encourage industry and reward merit, supply the wants and relieve the necessities of Brethren and Fellows to the utmost of your power and ability, and on no account to wrong them, or see them wronged, but timely to apprise them of approaching danger and to view their interests as inseparable from your own.

As in the first degree the Craftsman is reminded of his duties to obey all lawful signs and summonses sent to him by his Lodge.

To watch their backs and be supportive as long as in doing so you do not break any moral, civil or criminal law. For Freemasons have one thing in view that is to help each other be the best version of themselves.

Such, my Brother, is the nature of your engagements as a F.C. and these duties you are bound by the most sacred ties to observe.

And so we have the behaviour expected of a Craftsman as laid down in the Ancient Charges. By taking that vow of ‘fidelity’, the most sacred of promises, the Craftsman maintains that he will do his very best to support his colleagues and set a course of personal development that takes him on a journey to being the best person he can be, a Master Mason.