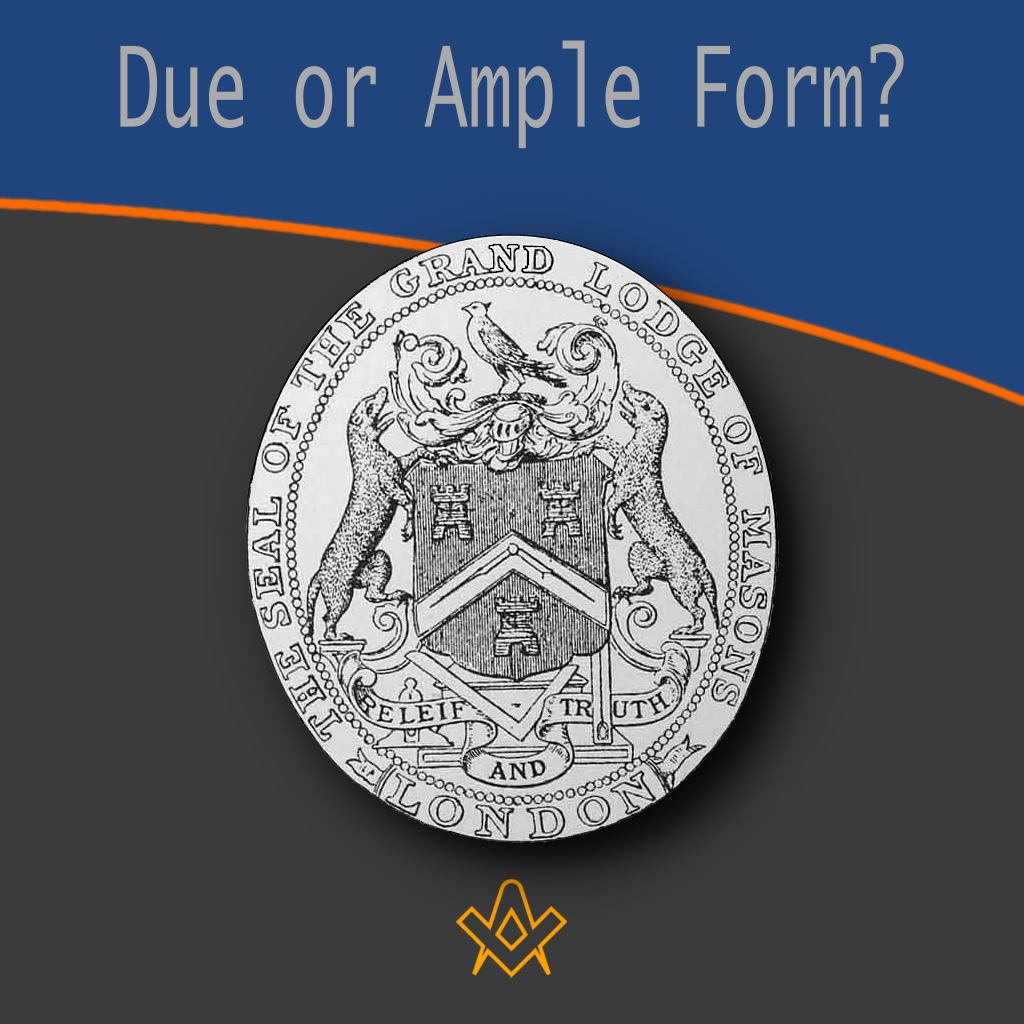 Sitting in Grand Lodge for the Quarterly Communications you will be struck by the use of the term ‘In Ample Form’ as part of the Opening and Closing. For clarity in later parts of this paper it has to be noted that the Quarterly Communications are usually always presided over by the Pro Grand Master, if not the Grand Master. So, what is ‘Ample’ form, when in lodges the term ‘Due’ form is used? 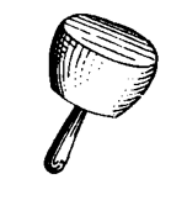 Laurence Dermott GC of the Antients, the colossus of Freemasonry, stated:

‘Whereas meetings of Grand Lodge were in essence formal affairs with a considerable amount of administration to be dealt with, various proposals to be heard and decisions to be made, there was nonetheless an element of jollity and ribaldry. This juxtaposed with the formality and correctness of whether a Grand Lodge was opened in ‘due form’ or ‘ample form’ (the latter being with his Lordship presiding (if ever)), showing Dermott’s pernickety attention to detail. From his book of Constitutions, wherein songs are recorded, there seems to be an expectation of singing and merrymaking, all of course whilst partaking of copious amounts of liquor and consuming a hearty meal’. 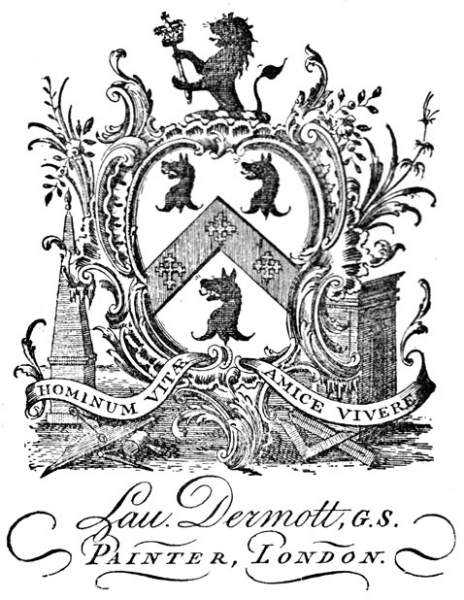 Dermott clearly was pernickety about this, as he was with many other aspects of his Antient Freemasonry.

Bearing in mind Grand Masters rarely (if ever) attended Grand Lodge, the kernel of this pontificating may be surmised.

His use of the word ‘lordships’ need not be taken as a lord of the realm, although in his era this was usually the case, with the Earls of Blessington, Killie, and the Duke of Atholl being the first three.

The term is more generic and refers to the Grand Master. This of course was the essence of Laurence’s power as without a Grand Master present he could rule the roost as the Grand Secretary.

Aspects of this state of affairs are noted:

‘Every Grand Master of the Antients was installed in his own private apartment or rooms and in no case did any of them attend Grand Lodge for this purpose.

In fact, they rarely attended for any purpose. From time to time they were apprised of the business of the Grand Lodge and no doubt their acquiescence sought.

The power lay to all intents and purposes with the officers of the Grand Lodge, the most dominant claiming to be acting on behalf of the Grand Master’.

The role of Grand Master in this period was solely one of being a figurehead.

It may well have been that once or twice a year papers for signature were put before him but in all other respects the day-to-day business of the Grand Lodge was undertaken by the Grand Secretary.

As an interesting footnote there is long and tedious argument by Matthew Bywater as to whether the signatures of the 4th Duke were bone-fide, or whether they had been made ‘on the GM’s behalf’ by Laurence himself.

There is tortuous research into the quality of handwriting and style that seem to neither prove nor disprove anything.

What however is the case, is that, for the main part Laurence Dermott’s signature was significant.

He certainly signed all the warrants throughout his period and that signature seems to have been sufficient to carry the day.

There are many Antients lodges extant that proudly boast that their warrant bears the signature of Laurence Dermott.

Other References are found when scanning the literature and it is not hard to find to the ‘Due’ or ‘Ample’ defined, some from abroad, vis:

Form: A lodge is always opened and closed in Form on the degrees of Entered Apprentice and Fellow Craft except when the Grand Master presides.

Due Form: Meaning according to the ancient usages and customs, the laws and ritual of the Grand Lodge. A lodge is always opened and closed in Due Form on the degree of Master Mason except when the Grand Master presides.

Ample Form: The Grand Master may open and close a lodge in shortened form to save time. His power and authority are ‘ample’ to accomplish his purpose, regardless of the manner in which he performs this essential piece of ceremony.

From The Masonic Dictionary:

AMPLE FORM: Opening or closing of any Lodge or Grand Lodge by the Grand Master; opposed to ‘due form’ or ‘full form’ which is according to the prescribed ceremonies.

Even when the full form is used in opening or closing a Grand Master’s ceremonies are said to be conducted in ‘ample form’.

The History of True Resolution Lodge No. 16 states that:

The Most Worshipful Prince Hall Grand Lodge F. & A.M. of Washington was formed in 1903-4 and 16 years later a group of men, led by R.R. Lawrence, contacted this Grand Lodge for a dispensation. This was granted September 29th, 1919.

On July 26th, 1920, at a stated communication of True Resolution Lodge No. 16 UD in Vancouver BC, Most Worshipful Grand Master E. H. Holmes along with Grand Senior Warden W. D. Cole and DDGM A. H. Huddleston were in attendance.

The Gavel of Authority and the Peg of Knowledge were given to the Grand Master where he proceeded to open a Grand Lodge in Ample Form for the consecration, dedication and constitution of True Resolution Lodge and the installation of its officers.

The Grand Marshall proclaimed that True Resolution Lodge was regularly constituted, dedicated and its officers installed.

This was followed by an address by our first Worshipful Master R. R. Lawrence who expressed great approval of the consolidation and his willingness to be submissive to the Grand Lodge and its officers.

After a brief lecture by the Junior Warden, business was completed, and the Lodge closed in due form.

All is now determined, and the stipulated forms are: FORM; DUE FORM; AMPLE FORM and it hinges on ‘who’ presides.

In the case of regular lodges their meeting being presided over by the Worshipful Master then (assuming work up to the third degree is likely) the use of DUE FORM is correct.

Only when a Grand Master is presiding is the term ‘Ample form’ appropriate, as is the case with Provincial, District and Metropolitan Grand Lodges and Grand Lodge itself.

It now becomes very clear why Dermott became pernickety about the term ‘Ample’ as rarely (if ever) did a Grand Master attend Grand lodge.

This is stated in relation to the ‘Antients’ Grand Lodge, it may not be correct for the ‘Moderns’ Grand Lodge. So, in the absence of the Grand Master who else will officiate and still correctly open and close in ‘Ample’ form? 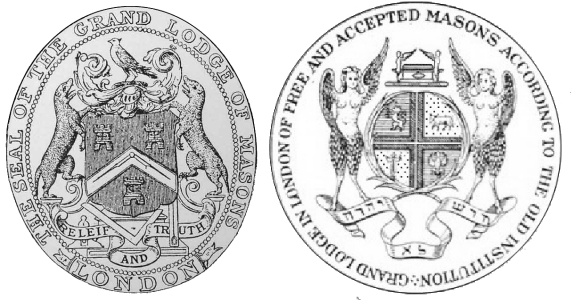 However, Grand Lodges often have a ‘Pro’ Grand Master with such powers vested as with the Grand Master (Oxford English Dictionary: per pro – by proxy).

The confusion that often arises is that ‘pro’ means ‘programme’ as in assisting with the programme of work.

But in many ways, this is more akin to the role of ‘Vice’ as in Vice royal. Lord Mountbatten was the last Viceroy of India and carried out his duties on behalf of the Monarch and with full powers thereof.

The role of ‘Pro’ was in place in the Moderns Grand Lodge before the Union of 1813, and in the mid 1700s an ‘Acting’ Grand Master became known as the Pro Grand Master.

However, in 1782, the Earl of Effingham formally assumed the office when the Grand Master, the Prince of Wales, was elected Grand Master. Grand Lodge then decided:

‘That whenever a Prince of the Blood did the Society the honour to accept the office of Grand Master, he should be at liberty to nominate any peer of the realm to be Acting Grand Master’.

This is the nub of the matter! The rank (Acting/Pro) is only created when the head of the Fraternity is a Prince of the Blood Royal, probably giving rise to the misconception of ‘assisting with the programme’ of work, although granted this would be a distinct part of the job.

Therefore, when so acting as such (as Grand Master) the term ‘Ample’ is correct.

Regular lodges are ‘due’, and when (and only when) the Grand Master – or his Pro – presides are they ‘ample’.

Let’s hope that one day each lodge will have a Grand Master (visiting) in that role and therefore can experience the latter.

Hopefully no lodge will ever have to endure opening only in ‘form’, although to be correct on some occasions it should. But never say never!