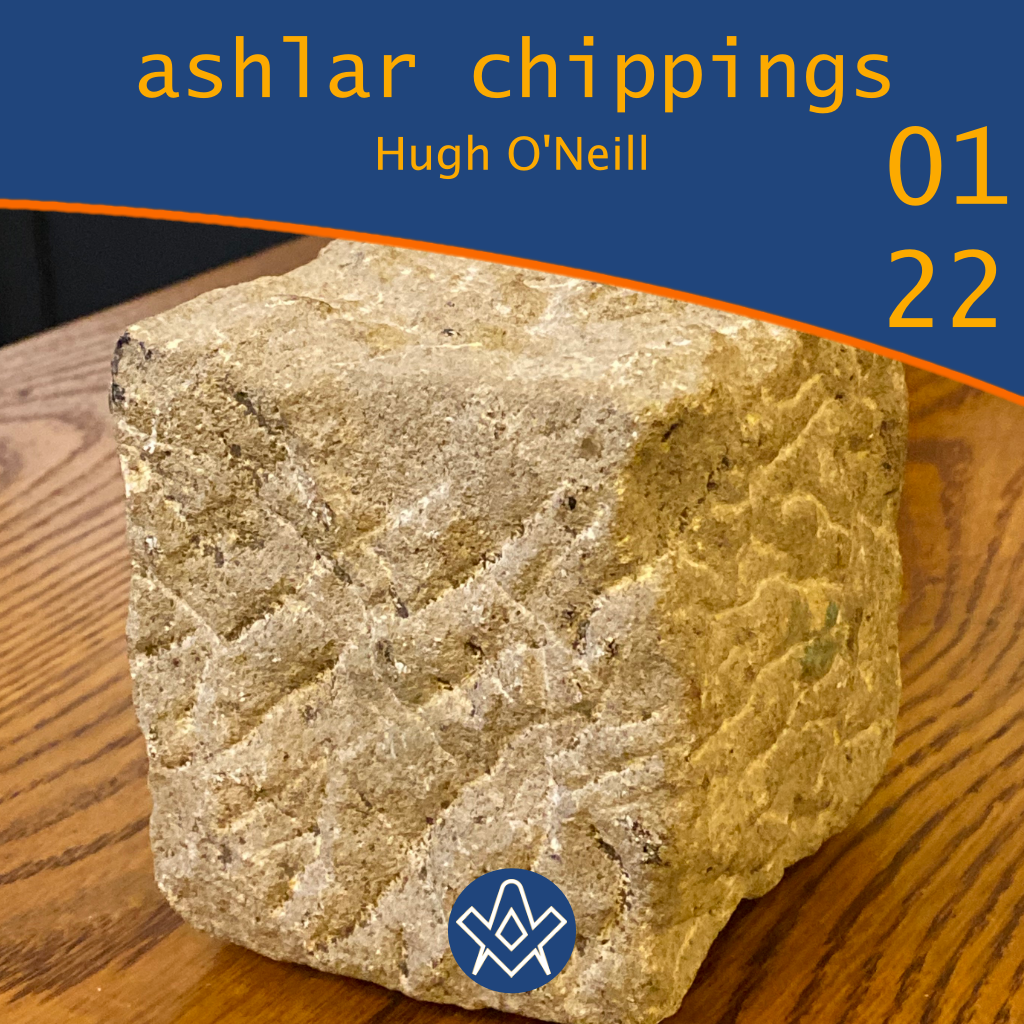 Some words and phrases

The name ‘Boaz‘ occurs frequently in the accounts of the building of KST. The Polyglot Bible gives the meaning as ‘in it is strength’, but Cruden’s Concordance, first published in 1737, gives ‘in strength or in the goat’.

I am told by Hebrew scholars that ‘in the goat’ is a misreading of the component parts of the word, but the misreading may explain the buffoonery which I have heard of as practised on candidates in some places.

The Whole Duty of Man was the title of a book of devotion published in 1658 which remained popular for over a century… rule 33 of the rules of the Royal Masonic Institute for Girls of 1788 states that every well-behaved girl on leaving the school was to receive clothing, a Bible, a Book of Common Prayer and The Whole Duty of Man.

Casual as in ‘casual signs’ meant accidental or occurring by chance.

Evasion, equivocation or mental reservation. The phrase occurs in the declaration incorporated in the Parliament Act 1678, which the Bill of Rights requires to be made, subscribed and repeated after the Coronation Oath.

The offer to ‘letter or halve‘ a word seems to be purely Masonic, but readers of Tristram Shandy will remember how an Abbess and a Nun halve an obscene word which they believe will set their mule in motion!

[These extracts can be found in The Vocabulary of the Ceremonies by Brother Sir Lionel Brett, AQC, vol. 101.

Many of the meanings given are from Samuel Johnson’s Dictionary of the English Language of 1754, which was the normal dictionary in general use during the second half of the eighteenth century, when much of our ritual was being organised] 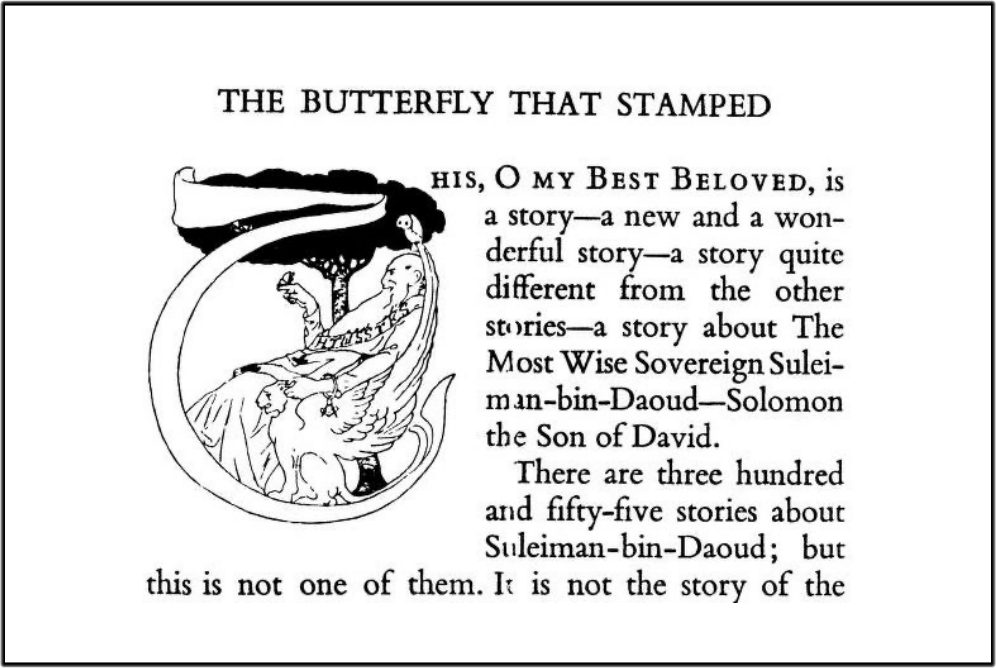 In my copy of Kipling’s Just So Stories, I noticed something I had not done before in all the years I have had the book since a child.

The initial letter of the final story ‘The Butterfly that Stamped’, has several Masonic references within it.

I here reproduce that initial letter ‘T’. You will see RK’s initials at the base of the tree but look at the bracelet on the left wrist; notice also the figure’s apron as a PM.

Members of the Mark degree will also see a symbolism in the sash worn by the figure.

Kipling was, of course, a Mason, being initiated in Lahore in 1886. His stories The Man who would be King and Kim are well known for their Masonic content.