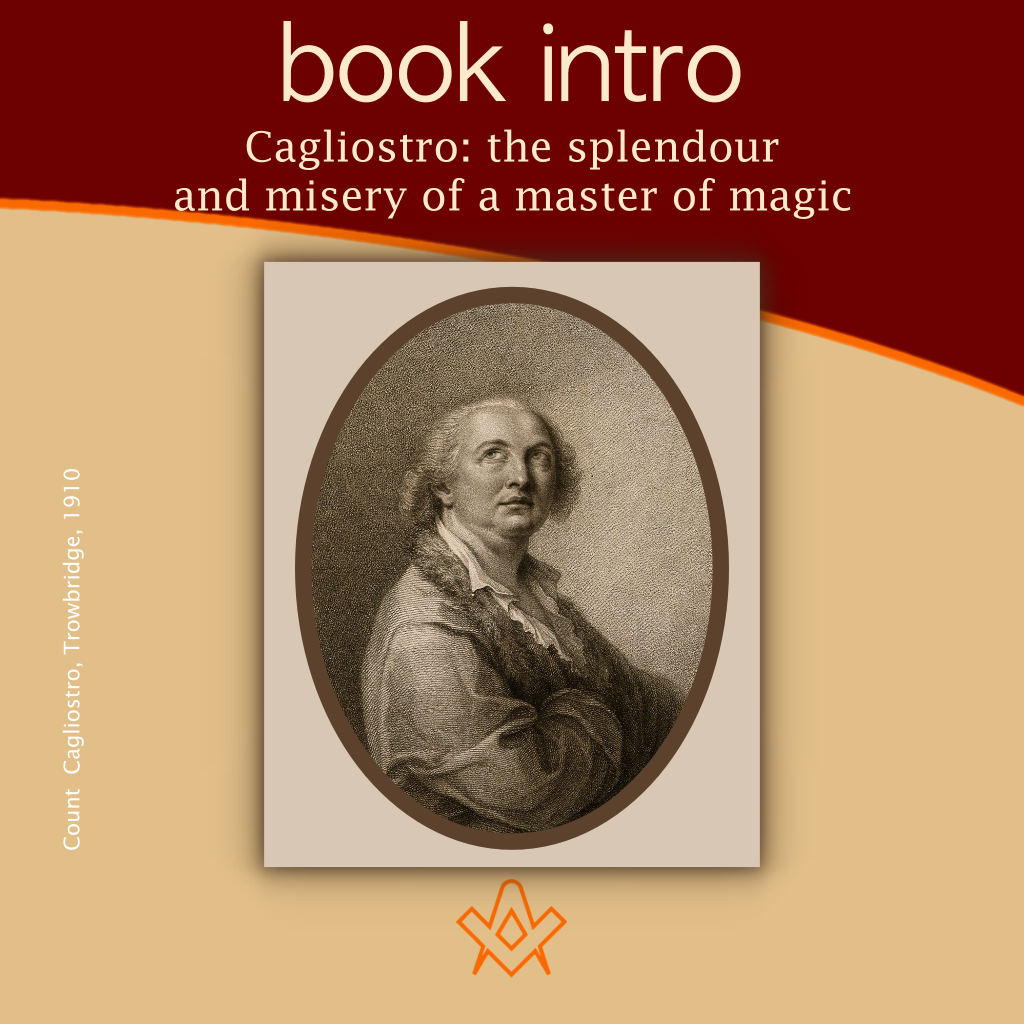 Though much has been written about Cagliostro, most of it is confined to articles in encyclopaedias and magazines, or to descriptive paragraphs in works dealing with magic, freemasonry and the period in which he lived. [1]

This material may be described as a footnote which has been raised to the dignity of a page of history.

It is based on contemporary records inspired by envy, hatred and contempt in an age notoriously passionate, revengeful and unscrupulous. 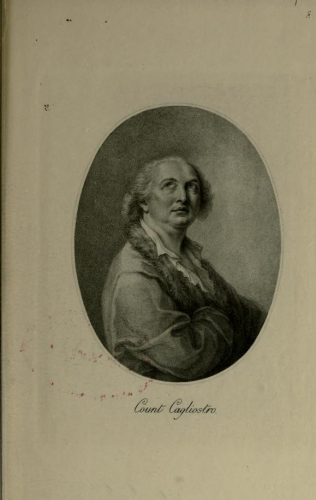 It is, moreover, extremely superficial, being merely a repetition of information obtained second-hand by compilers apparently too ignorant or too lazy to make their own investigations.

Even M. Funck-Brentano, whose brilliant historical monographs have earned him a deservedly high reputation, is not to be relied upon.

In the sequel [2] to his entertaining account of the affair of the Diamond Necklace, the brief chapter he devotes to Cagliostro contains so many inaccuracies as to suggest that, like the majority of his predecessors, he was content to impart his Information without previously taking the trouble to examine the sources from which it was derived. 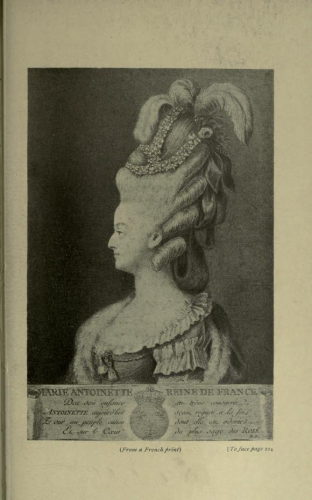 Marie Antoinette – Cagliostro was implicated in the ‘Diamond Necklace Affair’, a plot to defraud and defame the French queen.

It has been said that every book on Cagliostro must be a book against him.

With this opinion I totally disagree. In choosing Cagliostro as the subject of an historical memoir I was guided at first, I admit, by the belief that he was the arch-impostor he is popularly supposed to be.

With his mystery, magic, and highly sensational career he seemed just the sort of picturesque personality I was in search of.

The moment, however, I began to make my researches I was astonished to find how little foundation there was in point of fact for the popular conception.

The deeper I went into the subject — how deep this has been the reader may gather from the Bibliography, which contains but a portion of the material I have sifted — the more convinced I became of the fallacy of this conception.

Under such circumstances there seemed but two alternatives open to me : either to abandon the subject altogether as unsuited for the purpose I had in view, or to follow the line of least resistance and, dishonestly adhering to the old method, which from custom had almost become de rigueur, help to perpetuate an impression I believed to be unfounded and unjust.

On reflection I have adopted neither course. Irritation caused by the ignorance and carelessness of the so-called “authorities” awoke a fresh and unexpected interest in their victim ; and I decided to stick to the subject I had chosen and treat it for the first time honestly.

As Baron de Gleichen says in his Souvenirs:

“Enough ill has been said of Cagliostro. I intend to speak well of him, because I think this is always preferable providing one can, and at least I shall not bore the reader by repeating what he !has already heard.”

Such a statement made in connection with such a character as Cagliostro is popularly supposed to be will, no doubt, expose me to the charge of having “whitewashed” him.

This, however, I emphatically deny. “Whitewashing,” as I understand this term, is a plausible attempt to portray base or detestable characters as worthy of esteem by palliating their vices and attributing noble motives to their crimes.

This manner of treating historical figures is certainly not one of which I can be accused, as those who may have read previous biographical books of mine will admit.

Whatever sympathy for Cagliostro my researches may have evoked it has always been exceeded by contempt of those who, combining an unreasoning prejudice with a slovenly system of compilation, have repeated the old charges against him with parrot-like stupidity.

The object of this book is not so much an attempt to vindicate Cagliostro as to correct and revise, if possible, what I believe to be a false judgment of history.

[1] Prior to the present volume no complete biography of Cagliostro has been published in English.

Cagliostro: the splendour and misery of a master of magic

It has been said that every book on Cagliostro must be a book against him. With this opinion I totally disagree.

In choosing Cagliostro as the subject of an historical memoir I was guided at first, I admit, by the belief that he was the arch-impostor he is popularly supposed to be.

With his mystery, magic, and highly sensational career he seemed just the sort of picturesque personality I was in search of.

The moment, however, I began to make my researches 1 was astonished to find how little foundation there was in point on fact for the popular conception.

The deeper I went into the subject — how deep this has been the reader may gather from the Bibliography, which contains but a portion of the material I have sifted — the more convinced I became of the fallacy of this conception.

The Masonic Magician: The Life and Death of Count Cagliostro and His Egyptian Rite

Miracle-worker or man of straw? Count Alessandro Cagliostro was a cult figure of European society in the tumultuous years leading to the French Revolution. An alchemist, healer and Freemason, he inspired both wild devotion and savage ridicule – as well as novels by Alexandre Dumas, a drama by Goethe and Mozart’s opera The Magic Flute.

Count Alessandro Cagliostro’s sincere belief in the magical powers, including immortality, conferred by his Egyptian Rite of Freemasonry won him fame, but made him dangerous enemies, too. His celebrated travels through the Middle East and the capitals of Europe ended abruptly in Rome in 1789, where he was arrested by the Inquisition and condemned to death for heresy.

The Masonic Magician tells Cagliostro’s extraordinary story, complete with the first English translation of his Egyptian Rite of Freemasonry ever published.

The authors examine the case made against him, that he was an impostor as well as a heretic, and find that the Roman Church, and history itself, have done him a terrible injustice.

This engaging account, drawing on remarkable new documentary evidence, shows that the man condemned was a genuine visionary and true champion of Freemasonry. His teachings have much to reveal to us today, not just of the secrets of the movement, but of the mysterious hostility it continues to attract.