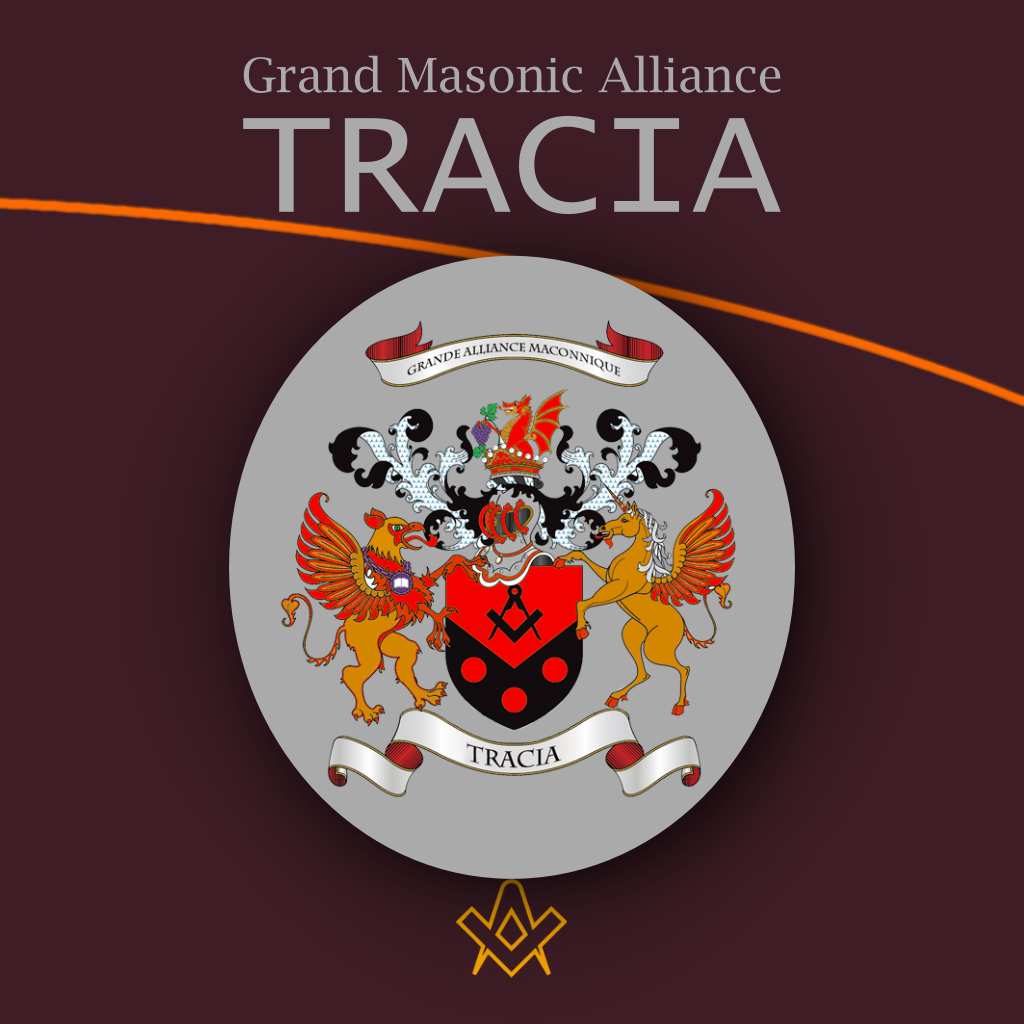 The third largest Masonic Alliance of independent grand lodges, which currently has over 500,000 members in the world and an incredible resource of “good people with a good reputation” from around the world.

The Grande Alliance Maconnique Tracia remains attached to the initiatory aspect of Masonry, to the rigorous practice of rituals, the study of symbols, the spiritual development of its members, fraternity with all Masons, whatever their membership.

Its work takes place under the aegis of the Grand Architect of the Universe.

The Grande Alliance Maconnique Tracia does not opt ​​for direct intervention in political life and “civil society”, but enjoined the brothers “to bring among other men the virtues of which they had promised to set an example”.

On the other hand, it participates in Masonic humanitarian works, because “Beneficence” is an essential duty of the mason at the RER.

Exclusively masculine by historical tradition, it nevertheless counts, among the Obedience it recognizes, mixed or feminine structures.

Any man “free and of good morals” believing in the transcendence of the human being can enter it whatever his political and religious opinions.

Atheists and materialists might feel uncomfortable about it, but the Masonic ritual can help advance on the path of Light and Truth all those who do not put a blindfold on their eyes!

Political and religious discussions stricto sensu are prohibited there, as required by Anderson’s Constitutions in order to avoid any “visceral” discord.

On the other hand, and the Grand Masonic Alliance Tracia is very strict on this point, all people belonging to an extremist movement or a sect are refused or excluded.

Lay people must agree, in writing, on these two points.

Maintaining Traditional Spiritualist and Humanist Masonry can prove to be a challenge in our materialistic world dominated by financial and media powers.

We don’t want to “howl with the wolves” and lose our authenticity to be “fashionable”.

We have the Utopia of continuing to carry into the third millennium a living Initiatory Tradition to help Man in his inner realization which is his true goal, the only means of helping all of humanity to progress towards Peace, Justice, Brotherhood.

The Thracians were an Indo-European (Thraco-Illyrian) people whose members shared a set of beliefs, a way of life and spoke the same language with variations and dialects.

Their civilization, still little known, flourished from the 3rd millennium to the 3rd century BC. JC.

Their culture, oral, made up of legends and myths differs from that of other peoples of that time by the belief in immortality “Thracian Orphism” reported by Herodotus

The Thracians lived on a vast European territory between the Black Sea (the Euxin bridge) to the east, the Strouma river (Strymon) to the west, the northern Carpathians to the north (Dacians), the Aegean sea to the south, as well as in southwestern Asia Minor (Phrygians).

But they had their origins in Central Asia (Bactres, Massagetes). They extended throughout history to the following regions:

In general, it is accepted that the Thracians south of the Danube were rather composed of several tribes and that those of the north were able to create in Dacia a powerful state and a civilization of its own sharing the same language and customs, which was for more than a century the most important enemy of the Roman Empire (in alliance with the Goths, Germanic tribes and others).

The opinions of historians differ about the date of arrival of the Thracians.

A first hypothesis considers that the Thracians are present in the Balkan region more than 5000 years BC.

There would then have been no real break since the Neolithic era among this people. Their society would have gradually become more complex.

The second hypothesis is that the Thracians only came from the Ukrainian steppes around the beginning of the 2nd millennium BC. JC.