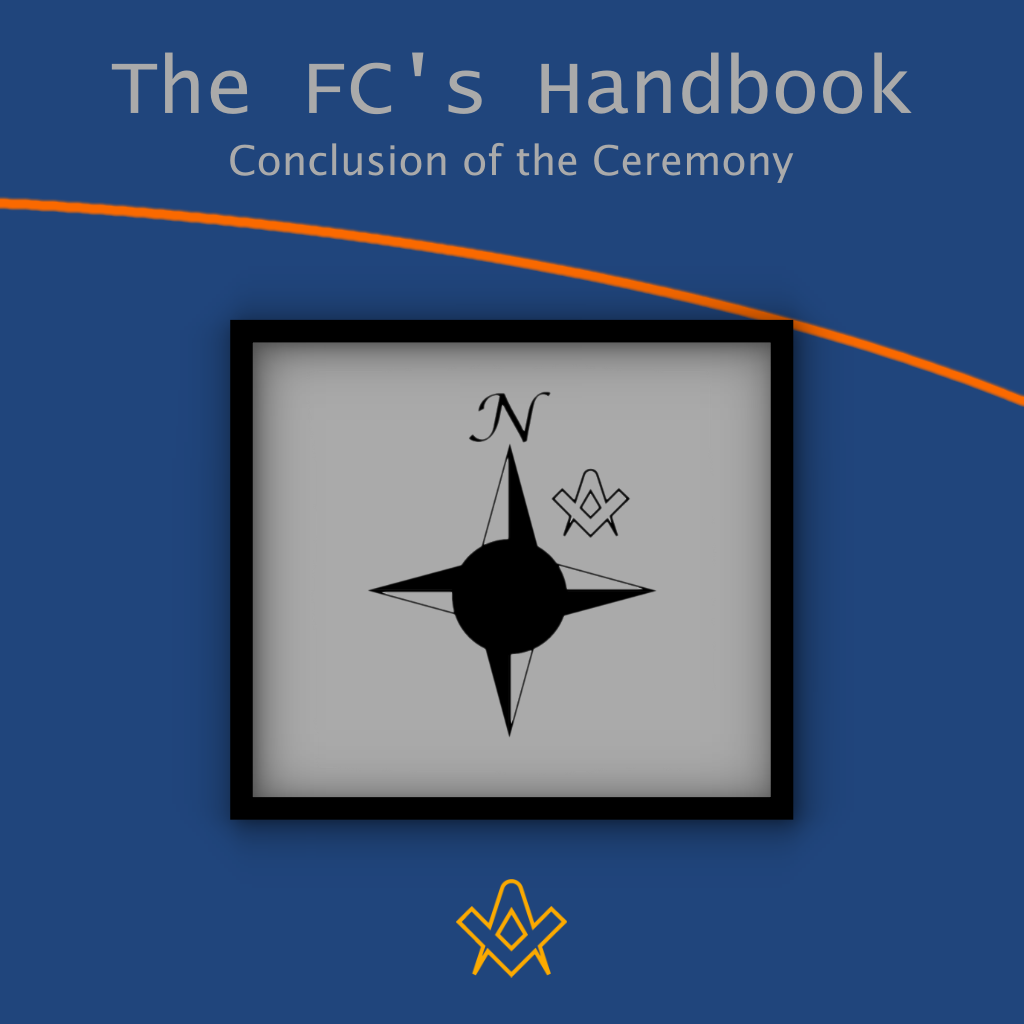 When the S.W. has completed his task of investing the new Fellowcraft, the W.M. further points out that the purpose of the degree is to indicate that a Bro. must polish his mind by a study of the liberal arts and sciences.

CHAPTER 4
Conclusion of the Ceremony 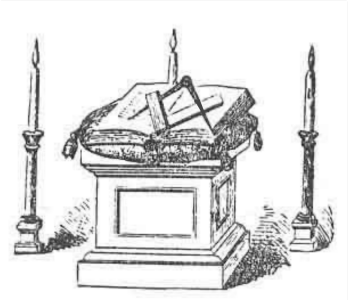 Thus once again we are reminded that although the Entered Apprentice, as indicated by the knocks, has not yet subordinated the body to the Soul, the Fellowcraft degree teaches the important lesson that the soul must dominate the body, and that the intellectual faculties must be educated so that the Fellowcraft may the better discharge his duties to his fellow-men, and appreciate the wonderful works of the Almighty.

In the few operative lodges which still survive the indenture papers of the Entered Apprentice are, of course, torn up on his being made a Fellowcraft Another important incident which takes place there is his formal testing to prove that he is a “square” man.

This is done by passing a four-sided square, the four arms of which are extended, over his head and down to his feet, whilst to see that he is straight a five foot board, called the “straight edge” is placed against the front of his body. 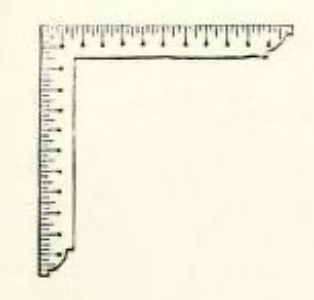 The principal interest to us speculatives of this peculiarly shaped square is that by means of it half the secret masonic cypher was produced.

The rest of the cypher was made up out of the St. Andrew’s cross, used in the sixth degree of the operatives.

After this brief admonition the candidate is placed at the S.E. corner of the L. and instructed to stand in a position which forms a Lewis, as in the former degree. (See Entered Apprentice’s Handbook).

Having explained the reason for this, which symbolically denotes that he is an adept, but not yet a master, the W.M. closes his brief peroration with the peculiar phrase;

“That as in the previous degree you made yourself acquainted with the principles of moral truth and virtue, you are now permitted to extend your researches into the hidden mysteries of nature and science.”

Now this is a very pregnant phrase and often puzzles the brethren. 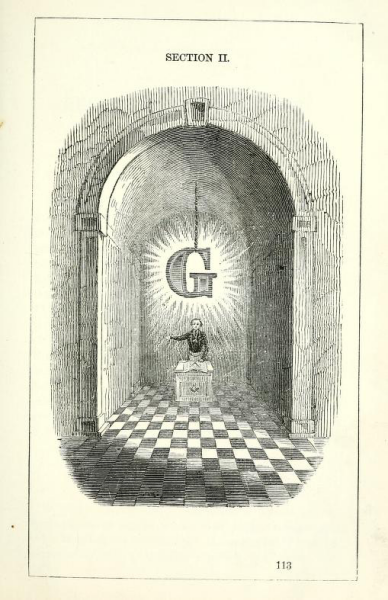 Only a few minutes before the new Fellowcraft is told by the W. M. that he is expected to do this.

Now he is told that he is permitted to do it. So puzzling is this to many brethren., that in one London ritual at least, the word permitted has been changed to the word expected.

This change, however, in my opinion, is a grave mistake, for the word permitted is there for a very special reason.

In the Ancient Mysteries it was believed that the masters of the higher grades held certain important secrets of nature, or, in plain English, had certain occult powers, such as second sight, hypnotism, and power to heal, and therefore, naturally, its reverse, the power to make men ill.

To this day in India the higher Yogis claim the same powers.

They claim also the power to communicate with beings not of this world.

Now the ancient Masters of Wisdom declared that if these powers were obtained by a man of low moral character, on the one hand his very life might be endangered, by his attempting to get into touch with possibly hostile spiritual forces, while on the other, he might use these powers for evil, and so become a danger to the community.

Therefore, only those who had given unmistakeable proof, through many years, that they were men of the most exalted moral character, were permitted to obtain that degree which entitled them to extend their researches into the hidden mysteries of occult science.

But even if we restrict the meaning of the phrase to modern scientific knowledge, we shall perceive that there is here a most important lesson.

Every thinking man who has lived through the great war must realize that during it science has been used for the vilest, as well as for the best, purpose.

Poison gas and the aeroplane which drops bombs on defenceless women and children are but two of many examples which makes us realise the dangers which threaten the human race if the hidden secrets of nature and science are discovered and used for evil purposes. 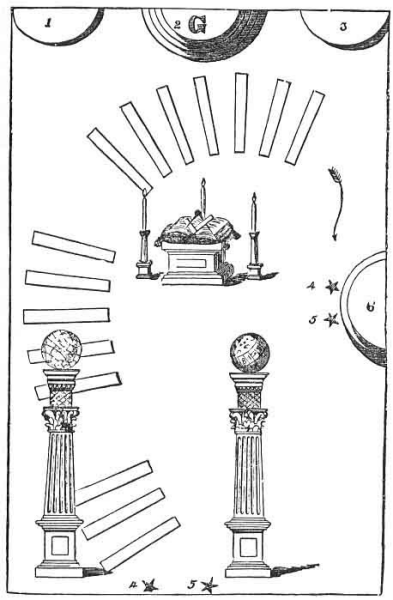 Indeed, it is not too much to say that if we continue to make further scientific discoveries, and use them irrespective of our duties to our fellow men, we may utterly destroy civilization.

Therefore this word “permitted” conveys a most profound message. It warns us that knowledge without morality may be a curse, and not a blessing.

Thus we can see that the ancient Masters of Wisdom were wise in their generation when they refused to permit a man to delve into the hidden mysteries of nature and science until he had given proofs that his morality was such that he could be safely entrusted with those secrets.

And so this little word permitted is one of the most important in the whole ceremony, and in no way conflicts with the earlier phrase that the Can. is expected.

He is expected to study these secrets, and is told why: it is because he has made himself acquainted with the principles of moral truth and virtue in the former degree, and it is assumed that being acquainted with them, and having passed the tests which qualify him for admission into the second degree, he will in the future act up to these principles. 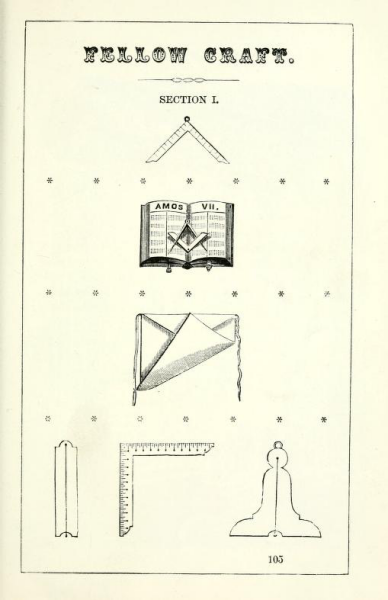 The explanation of the working tools is 18th century work, apparently, and requires no further explanation, whether we take the short form usually given in Emulation working, or the longer explanation sometimes given in some of the Lodges.

Perhaps, however, the word enthusiast used in this connection needs a little explanation. It meant in the 18th century language, a “bigot” or an extremist, just as the words zeal and zealot did.

In the course of years the exact meaning of many words in the English language alters, and some acquire a sinister meaning, while others become more kindly.

To-day, the words “enthusiast” and “zealot” are generally used in commendation, whereas in the 18th century they were phrases of censure.

The Charge After Passing

The charge after passing is not given in Emulation working, but as it occurs in some other workings it is deserving of a short mention. For the most part it is ordinary 18th century work, without any very deep meaning, but we may point out that a craftsman is told plainly that though he may offer his opinion on such subjects as are introduced into the lecture – i.e., the lecture of the second degree, now seldom given-he must only do so under the superintendence of an experienced master.

In brief, he is not yet a fully qualified Freemason.

The other important point in the charge is the emphasis laid on the necessity for studying geometry.

In operative days a sound knowledge of geometry was important in the laying out of the ground plans, and a careful study of the ground plans of Glastonbury, and other great mediaeval churches, shows not only that geometry was of practical use, but that the main axial lines of the building were so drawn as to produce various geometrical figures of a symbolical nature. 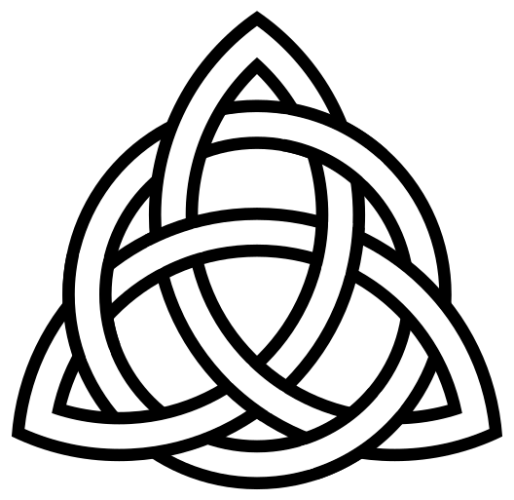 Many of these were of a most complex kind, and would require elaborate drawings to explain their meaning, we will therefore only mention the constant use of the equilateral triangle – the emblem of the Trinity – its duplication to form the lozenge, the circle, and the ellipse, or the vesica piscis.

In general. Geometry symbolises the laws of the G.G.O.T.U., more especially those to be found in nature and science.

Laws, be it remembered, which cannot be violated without jeopardising our moral and spiritual well-being, thus endangering our preservation, (or which purpose they exist). 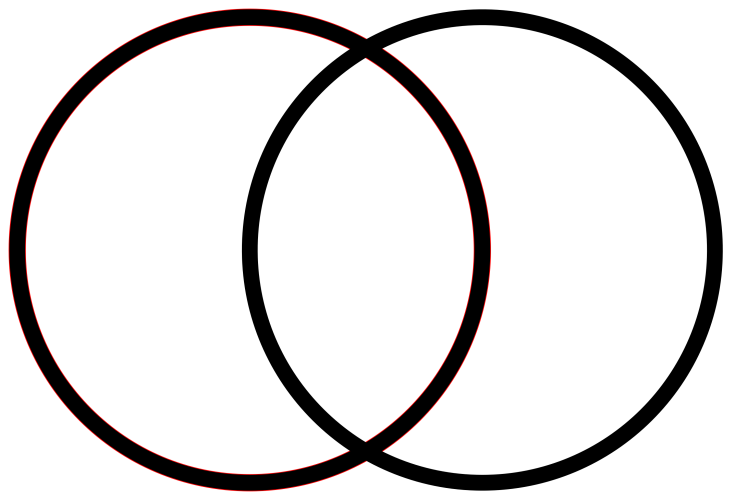