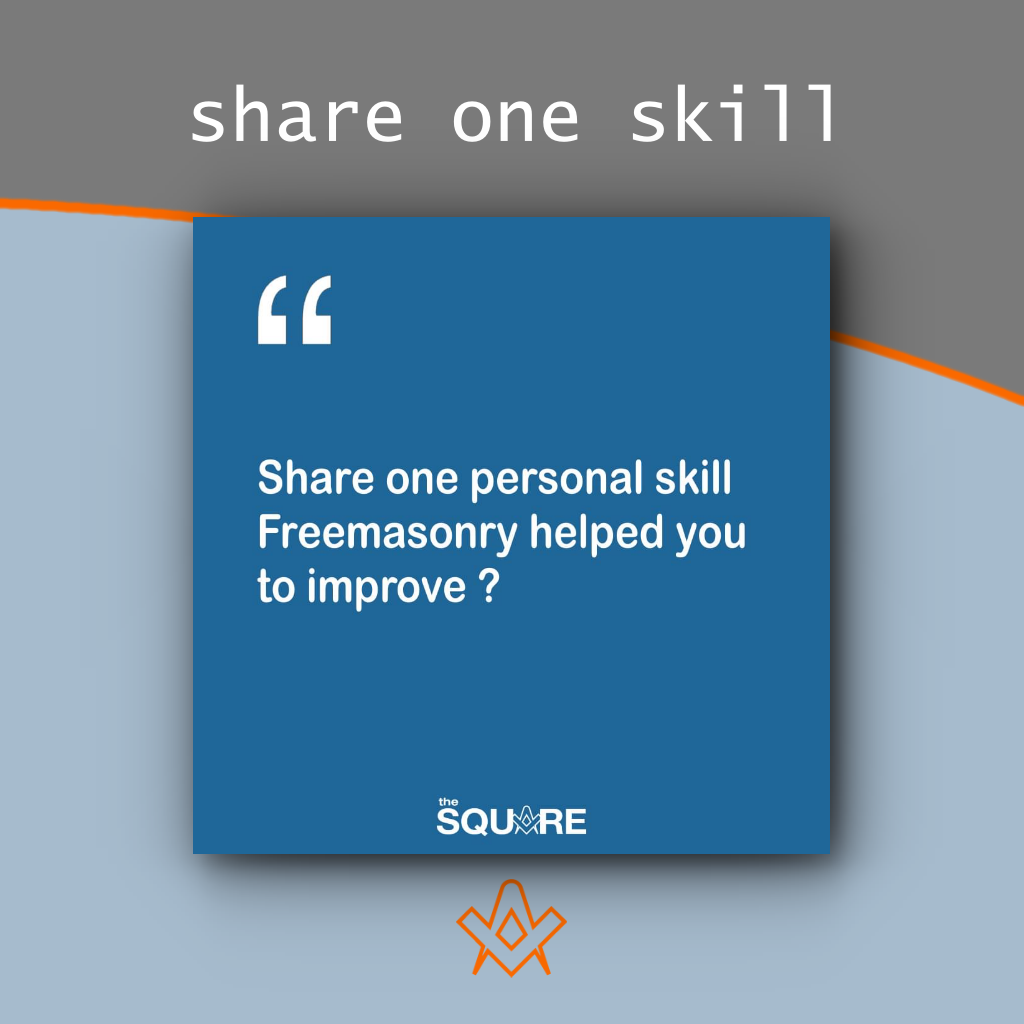 Share one personal skill Freemasonry helped you to improve?. . .

This question received a great response and the most prominent skill gained seems to have been within the area of public speaking, which of course boosts confidence in many aspects of life and work.

This was closely followed by memorisation, time management, patience, understanding others, and tolerance.

Research was another skill mentioned – unbiased and authentic research in Freemasonry is an underrated skill, and one which we will be covering in-depth over the next few months.

Nick Spina I learned, to talk in front of groups of people, I learned I have the ability to memorize ritual and put my heart into it.

Steve Jersey To many to mention here

Tobias Terrill It’s helped me greatly with gaining the ability to understand another’s point of view or impact on given discussions or debates. As well as a gain in appreciation all religion for its fundamentals and the similarities they may have.

David Hibberd Writing letters of complaint, being ignored, I could go on

Darrel Ellis When to hold my tongue

Steven Gladman The detection of hatred, jealousy, hypocrisy, and nepotism.

Thaddeus Young Public speaking, being thoughtful of my actions, balance.

Stephen Barrett I can be so much more!

Taherran Gatling How i respond to pointless and senseless negative behavior from others that do not influence me in a positive fashion.

Matthew Melvin Jr. The allegorical content of it’s degrees it helps you in your day-to-day lives. I’ve always said that masonry is an applied science the science and study a various topics and it’s attitudes in your life

*Comments have not been edited