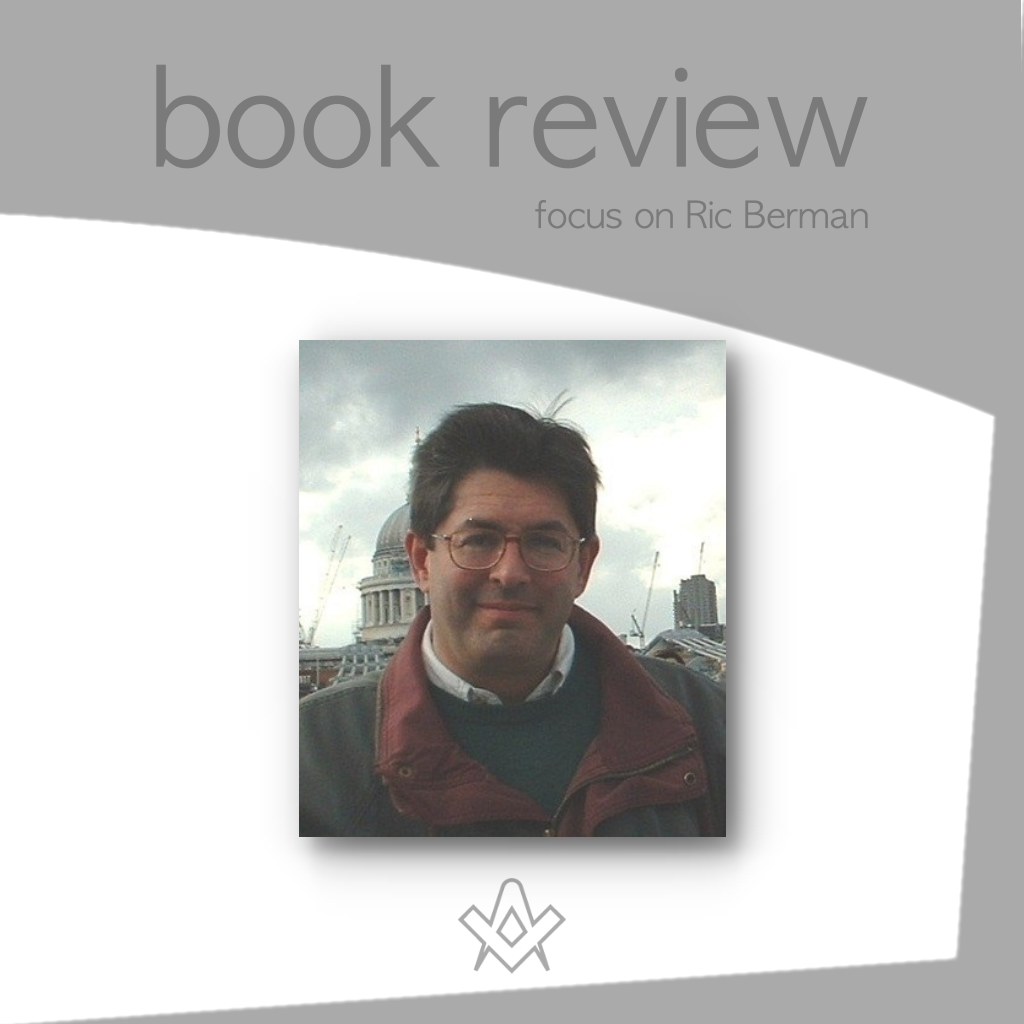 Dr Richard (Ric) Berman is a British historian who writes about the intersection of freemasonry, politics and society.

He has written four books on British and Irish freemasonry, including The Foundations of Modern Freemasonry; Schism; and Espionage, Diplomacy & the Lodge; and three that explore American freemasonry: Loyalists & Malcontents; From Roanoke to Raleigh; and The Grand Lodge of England & Colonial America – America’s Grand Masters.

His post-doctoral research was carried out at the University of Oxford’s Modern European History Research Centre and as a Visiting Research Fellow at Oxford Brookes.

Following the appointment of its first aristocratic Grand Masters in the 1720s and in the wake of its connections to the scientific Enlightenment, Free and Accepted Masonry became part of Britain’s national profile and the largest and most influential of Britain’s extensive clubs and societies.

The organisation did not evolve naturally from the mediaeval guilds and religious orders that pre-dated it but was reconfigured radically by a largely self-appointed inner core at London’s most influential lodge, the Horn Tavern. Freemasonry became a vehicle for the expression of their philosophical and political views, and the Craft attracted an aspirational membership across the upper middling and gentry.

Through an examination of previously unexplored primary documentation, Foundations contributes to an understanding of contemporary English political and social culture and explores how Freemasonry became a mechanism that promoted the interests of the Hanoverian establishment and connected the metropolitan and provincial elites.

The book explores social networks centred on the aristocracy, parliament, the learned and professional societies, and the magistracy, and provides pen portraits of the key individuals who spread the Masonic message.

Berman’s analysis throws a new and original light on the formation and development of what rapidly became a national and international phenomenon.

Espionage, Diplomacy & the Lodge:
Charles Delafaye and The Secret Department of the Post Office

Espionage, Diplomacy & the Lodge is one of Ric Berman’s most important works.

Delafaye was a member of the elite Horn Tavern lodge in London and at the centre of the government’s inner circle for some two decades.

He was also a key conduit for intelligence from the Secret Department of the Post Office and the decrypters and code-breakers within its deciphering branch, and central to the measures taken against the supporters of James Stuart, ‘the king over the water’.

Berman provides a unique glimpse into Britain’s early secret intelligence service and outlines for the first time the interconnections between freemasonry, espionage and diplomacy.

Exploring Early Grand Lodge Freemasonry:
Studies in Honor of the Tricentennial of the Establishment of the Grand Lodge of England

According to Masonic records, the Grand Lodge of England was established June 24, 1717, in London.

Soon afterward, Freemasonry, a fraternal society of obscure origins and antiquity, began to spread rapidly throughout and beyond the British Empire.

This volume of intriguing essays by eminent and emerging Masonic scholars explores the history and culture of Freemasonry during that period of expansion.

What did Masons of the early Grand Lodge era actually do in their lodges?

How did these brethren think of themselves and their Craft?

What were their motivations and ideals?

What was their experience of Freemasonry?

By posing such questions, our contributors have been able to study not just an institutional beginning, but the cultural realities of Masonic life in the first decades of the Grand Lodge’s history.

“The numerous contributors to Exploring Early Grand Lodge Freemasonry develop a cogent case for reassessing the origins and evolution of the Craft in Great Britain during the early and middle years of the eighteenth century.

Based on a meticulous investigation of primary and secondary sources, this lucidly written and suggestive study incisively reveals new thinking in looking at the leadership, ritualism, and lodge life of early Speculative Freemasonry.

This seminal study, which in many ways breaks new ground, will be frequently consulted and will be recognized as a classic in Masonic scholarship.”

—R. William Weisberger, Ph.D., author of Speculative Freemasonry and the Enlightenment and Freemasonry on Both Sides of the Atlantic.

“A composed and considered phenomenological exploration of Freemasonry’s original cultural intent; this collection subtly asserts new and emerging ideas on the lived reality of Masonic life during the first quarter of the eighteenth century.

Too often in the name of objectivity have masonic authors allowed restraint to entirely obscure that vital sense of sympathetic engagement that is actually so essential in understanding the people of the tradition itself.

Striking a methodological balance of textual criticism, historicist contextualisation and sympathetic neutrality, this valuable collection finally underlines that whole new emergent understanding amongst scholars that suggests traditional academic treatments of masonic history that deny outright the intellectual validity of the Craft’s own self-belief in its mythological claims to antiquity and intrinsic mystery—as are portrayed in the primary texts themselves (rituals, catechisms, etc.)—are in fact, academically ‘neurotic’ and endemic of the kind of intellectual insincerity so self-effacingly corrosive in mainstream masonic research.”