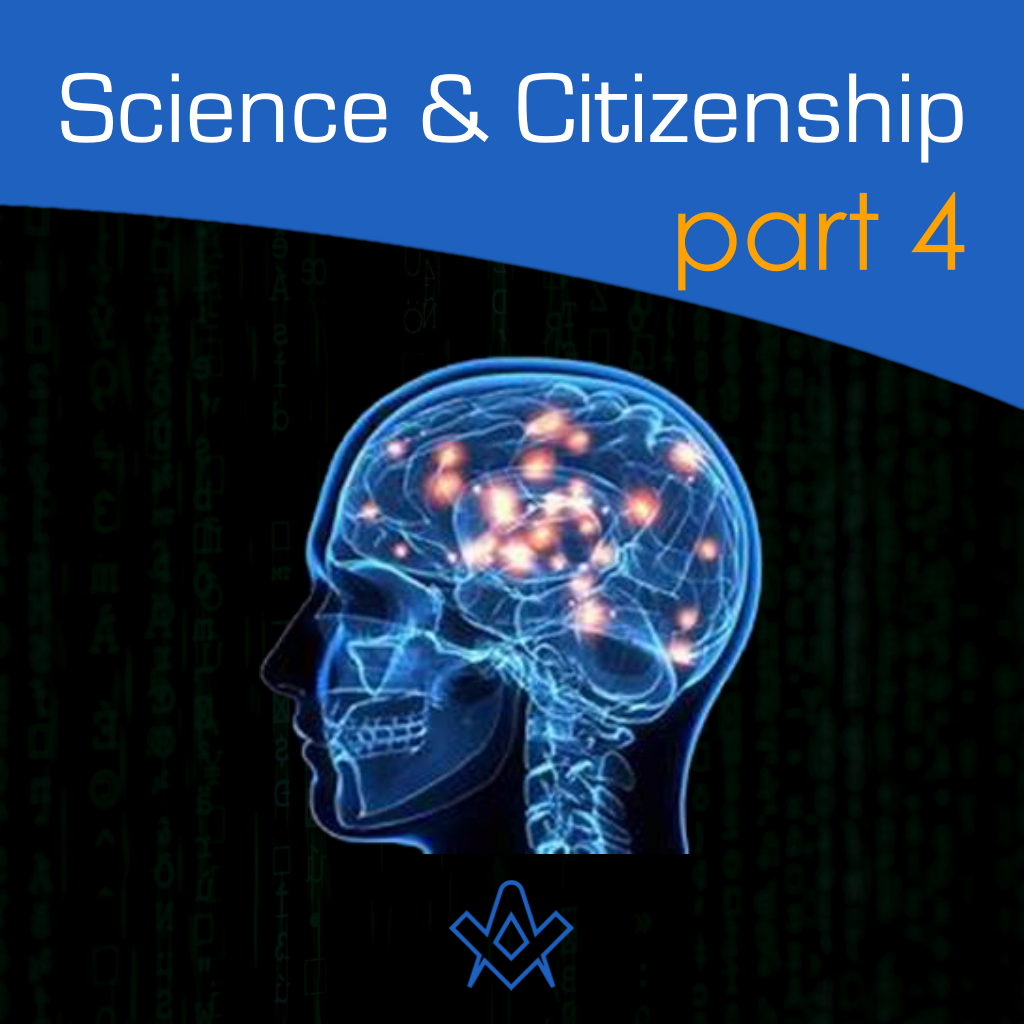 A fourth industrial revolution (hereafter IR4), based on nanotechnology, artificial intelligence and robotics, was declared at the 2016 World Economic Forum in Davos.

This four-part series will suggest for readers of The Square, a basis for acquiring a 21st Century Masonic Mindset, hopefully, it will lead to a future-proofing of ‘Freemasonries’.

The term ‘Freemasonries’ will be employed to indicate that there is not a homogenous Freemasonry beyond the specificity of Jurisdictions.

Influenced by the universally recognised works of Yuval Noah Hariri (2014-9); and, Andreas Önerfors’ Freemasonry: A Very Short Introduction, (OUP, 2020), these articles will be titled:-

(iii) Freemasonries and the Fourth Industrial Revolution; and,

Science and Citizenship: Towards a 21st Century Masonic Mindset.

Part 4: Towards a Universal Civil Society.

On 10 October 2016, the World Economic Forum announced the opening of its new Centre for the Fourth Industrial Revolution (IR4).

It was dedicated to, ‘advancing the global conversation on science and technology governance for the benefit of society at large’. Masonic ‘centres’ could usefully include that among their purposes. 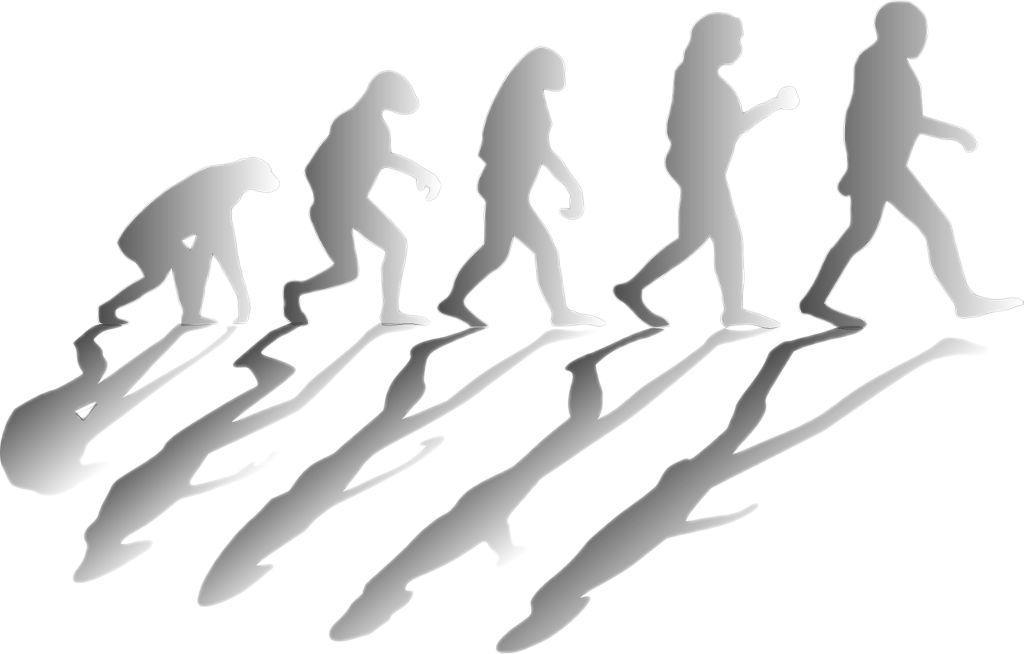 Species Sapiens has established a universal Anthropocene Empire; although perhaps, insufficiently mindful – for both universe and species – of the unsustainability of exploitative imperialism.

During the terrible years 1939-45 many ecclesiastics and Masons were united in their ideals, sometimes in their martyrdom. To return simply to a hostile status quo seemed to them impossible, immoral. It is really from that period that we can date this sincere effort on both sides to draw up the balance sheet of the causes of misunderstanding, and, without rushing things, at least to study in common a common difficulty.

Minded by the 2016 Prestonian Lecture, this series has taken the view that there is a ‘religion and politics’ at the core of each ‘Freemasonry’; rather than denial, it must be recognised and made explicit.

This will enable building on united ideals; Initiates being citizens of the world, committed to the study of nature and science and having learned the lessons of interdependence.

Differences among ‘Freemasonries’ must not be allowed to undermine that process; the British Prime Minister recently said there is ‘more that unites than divides’, and he pledges to ‘work together to defend common values and interests’.

Whilst the Prime Minister’s comments pertained to Britain and the USA, it has universal application.

As considered in Science and Citizenship: Part 2 perhaps religious differences have been the greatest militant against building on the common values and interests among Freemasonries?

The seemingly chauvinistic modes of some ‘relationships’ have perhaps done a disservice to generations; to be fit for the purposes of the IR4 world, they might benefit from reconsideration.

An invitation to ‘think the unthinkable’ indicates that the heretofore ‘unthinkable’, is not so. We study the past in order to free ourselves from it; now on the cusp of IR4 and in the midst of universal contagion, there is hardly a box outside of which to think.

‘Thinking the unthinkable’ is freeing ourselves from the past. Once undertaken, as citizens of the world with an ethos of nature and science, thinking universally and acting locally, that freedom can be poured into universal stewardship.

To do so entails not my parish first, that is quintessential divide and fail; but rather for those in Freemasonries, identifying with universal stewardship and being part of its local delivery.

Surely that will give 21st Century Freemasonries relevance, meaning and purpose.

Government on its own cannot fix every problem. We are all in this together. We need to draw on the skills and expertise of people across the country as we respond to the social, political and economic challenges…

The proposition is for a governance occurring at a confluence of government, business, and civil society. Each are decision-making bodies; given its numbers, civil society is seriously underachieving in its potential for influence – there are infinite possibilities. 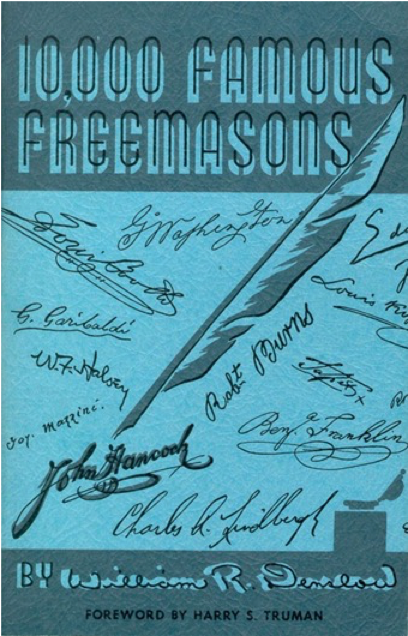 Can it be shown that the fame and influence of those cited in Denslow’s 10,000 Famous Freemasons is linked to their membership of Freemasonries?

If not, perhaps the book would be better titled ‘10,000 Famous People Who Happened To Be Freemasons’?

As those cited can be more explicitly linked to organisations other than Freemasonries.

It is time to come out of the closet and for Freemasons explicitly as Freemasons to be a power for progress in government, business and civil society. As considered in Science and Citizenship: Part 1, English Freemasonry had provided a template for the development of civil society.

Overall, masonic influence on British voluntary associations was in the late eighteenth-century, setting an organisational pattern from which many types of club and society borrowed. Increasingly, masonic links provided a spinal element in social networking, helping to underpin contacts and communications in business, politics and local administration.

Instead of just donating a couple of tins, as they created ‘an organisational pattern’, perhaps Freemasonries could provide the management and some volunteers for a local food bank.

The WM as Chairman; Treasurer and Secretary obvious roles; and the DC to organise volunteer training (daily advancement) and rostering.

For electric cars, Masonic centres could lead on providing local charging points on their premises.

Such initiatives could locate Freemasonries on the front line of universal stewardship; extend benign influence; and attract others to the Craft.

In Part 1, it was recognised that as a species, we unite around believed stories which create trust between storyteller and believer, and amongst believers.

Events and the fullness of time lead to stories no longer being credible or useful, and thereby create lacunae for replacements.

IR4 has created a need for new stories. This series is suggesting that if Freemasonries wish to survive, their priorities, policies, procedures, and practices should be based on science and citizenship in the form of a human stewardship of the universe: what else is there?

This demeanour of science and citizenship, already implicit in many Freemasonries, now needs freeing, releasing and implemented cross-jurisdictionally, in 21st Century format. 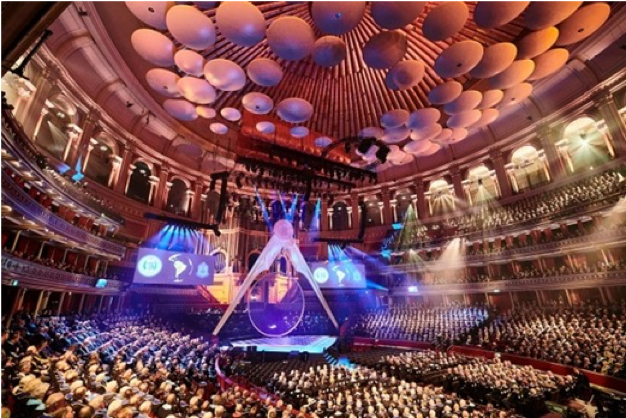 A ‘Freemasonry’ celebrating its tercentenary with a universal audience.

The old stories have little bearing on contemporary issues and increasingly, are becoming less trusted.

There is increasing recognition that contemporary challenges are universal, and beyond solution by any one nation state.

In light of this, universal cooperation and working are required to address such issues as: – climate change; oceanic pollution; weapons of mass destruction; mass unemployment; poverty; pandemics; mass emigration.

As considered in Science and Citizenship: Part 3, perhaps the greatest universal challenges of all are

(i) digital disruption – the hacking of state and business infrastructures;

which if conjoined but unchecked, leading to a cyber-slavery threat to our very Sapiens species-being. 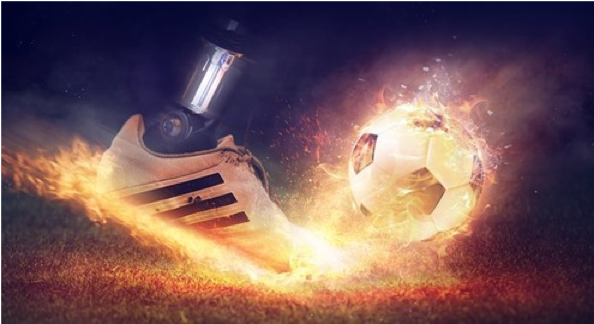 Image by Comfreak from Pixabay

The organisation and reach of the World Cup and the United Nations may provide clues on how cross-jurisdictional working can be achieved.

Civil Society in general, and Freemasonries in particular, might like to: re-assess; re-imagine; re-think; re-commit; re-invent; re-adjust; and re-main flexible in order to repeat these processes as required.

This could be realised with universal challenges being addressed by cross-jurisdictional action in localities.

Those with a science and citizenship ethos, committed to universal stewardship, will know what to do and have the resources to make a difference.

This series has suggested that the decline in Masonic membership arises from a lack of relevance following a decoupling from post WWII technologies.

For Freemasonries to be relevant in the 21st Century, the following might be considered:

1 To meet the existential challenge of IR4, changes will need to be made to the ‘aims and relationships’ of some Freemasonries.

2 Jurisdictions to accept universal stewardship within their ‘aims’.

3 Jurisdictions to no longer regard religion, or a lack of it, as significant in their membership requirements or ‘relationships’.

4 Jurisdictions to recognise that cross-jurisdictional working at local level can implement 2 above.

5 That Freemasons working at local level do so as Freemasons and not as members of other civil society groupings.

This is a substantial, radical, ask; seemingly, ‘a pass at the infinite’.

It is achievable, but very easily preventable. As a plan for survival and growth, it should only be dismissed in favour of something superior: if not on science and citizenship, on what basis might an alternative plan be built?

‘Building’ is the central leitmotif infusing Masonic symbolism; perhaps too much of the building effort has been maintenance and restoration, IR4 generates a need for Freemasonries to ‘build better’.

Achievable! In November 2020, a county’s Freemasons were publicly recognised by the Lord Lieutenant; they had donated £100,000’s to procure, and undertake the delivery of, PPE and associated products for all the care homes and many support organisations throughout the United Kingdom. 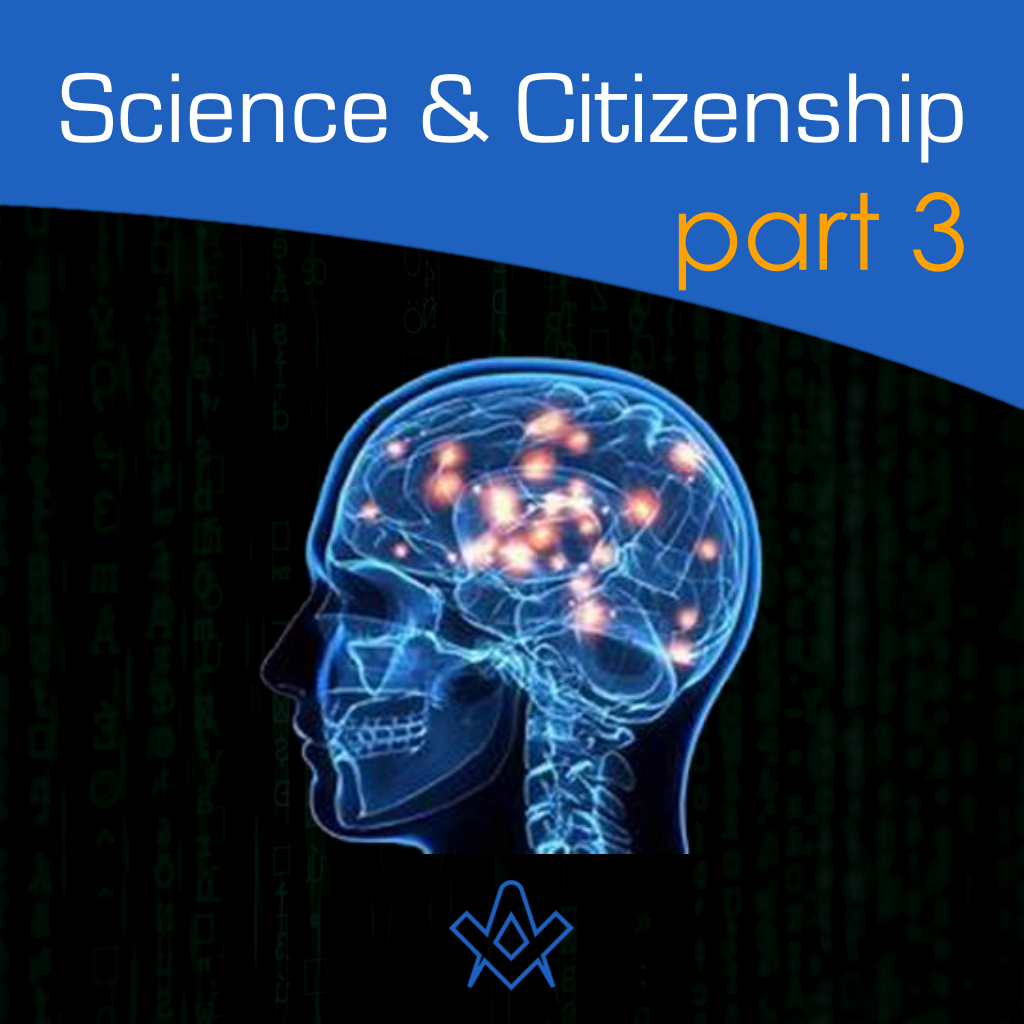 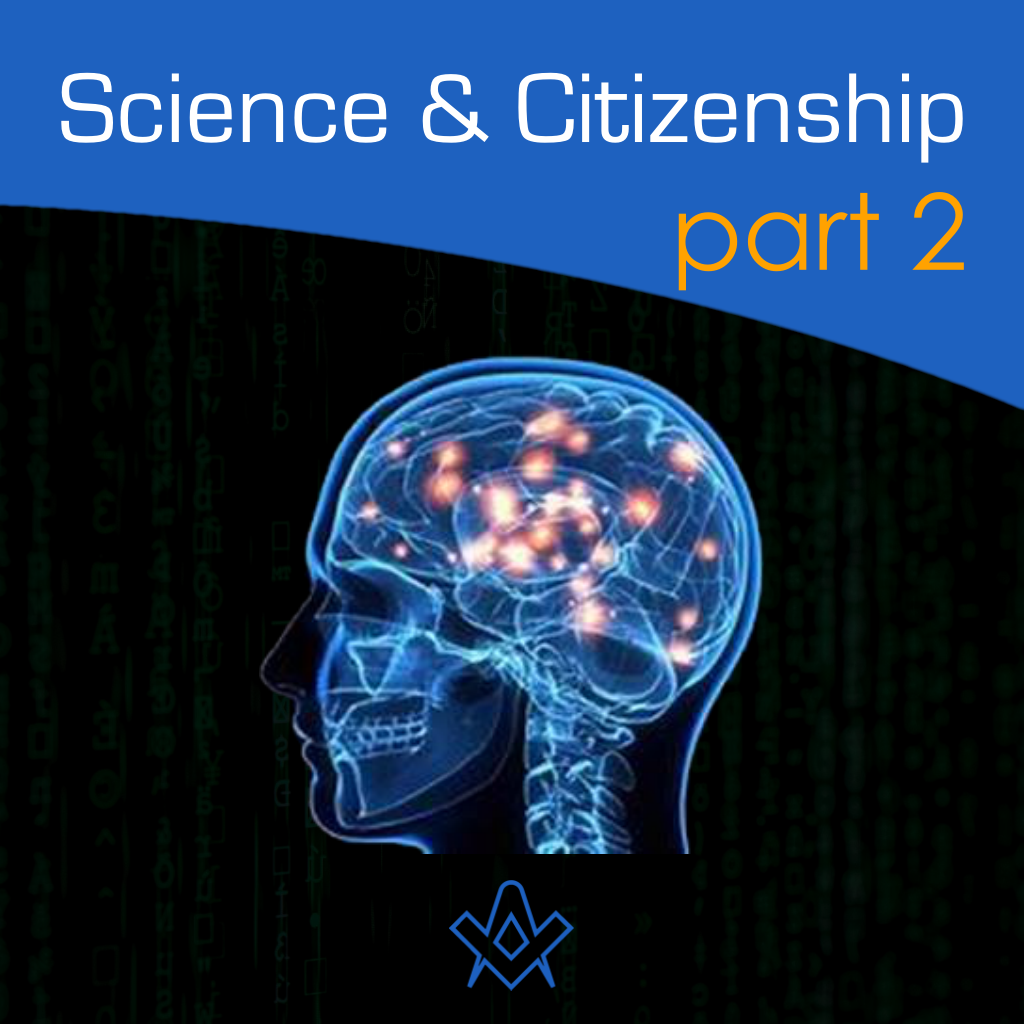 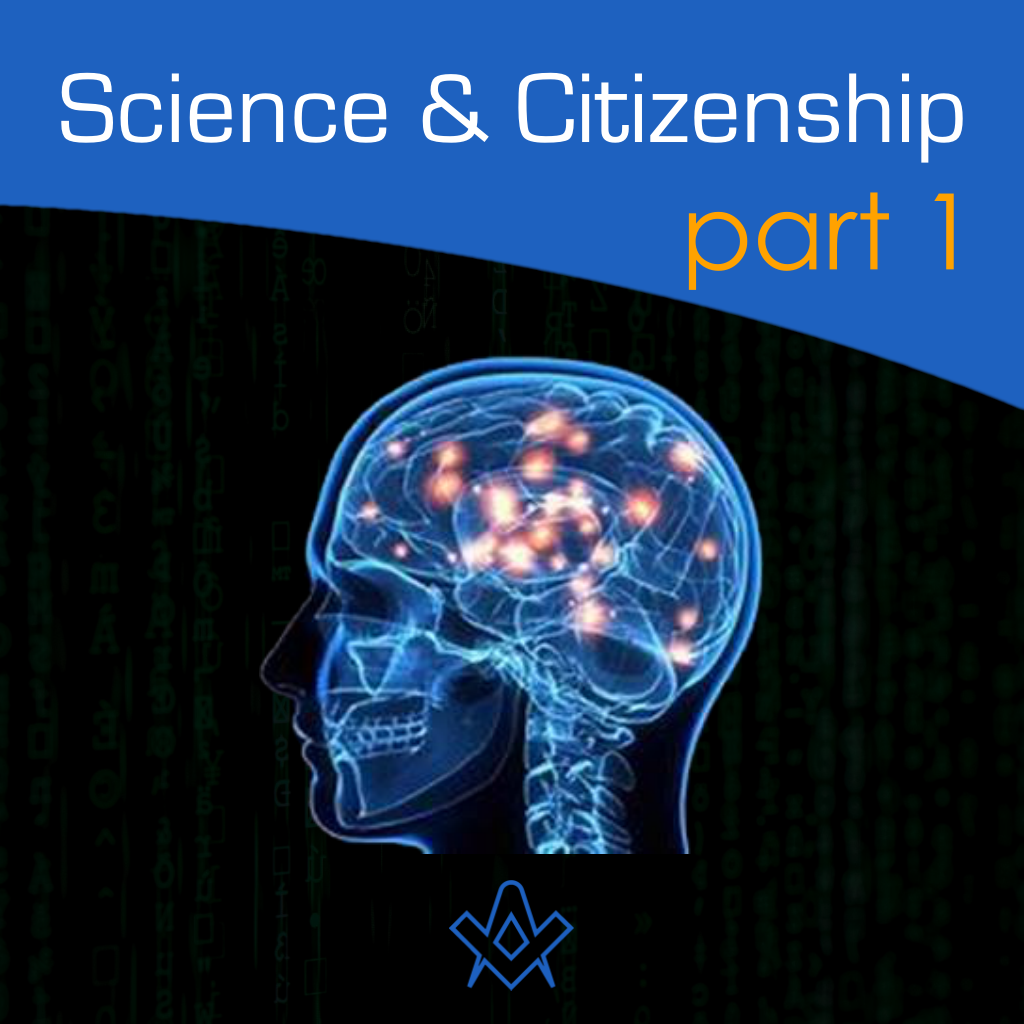