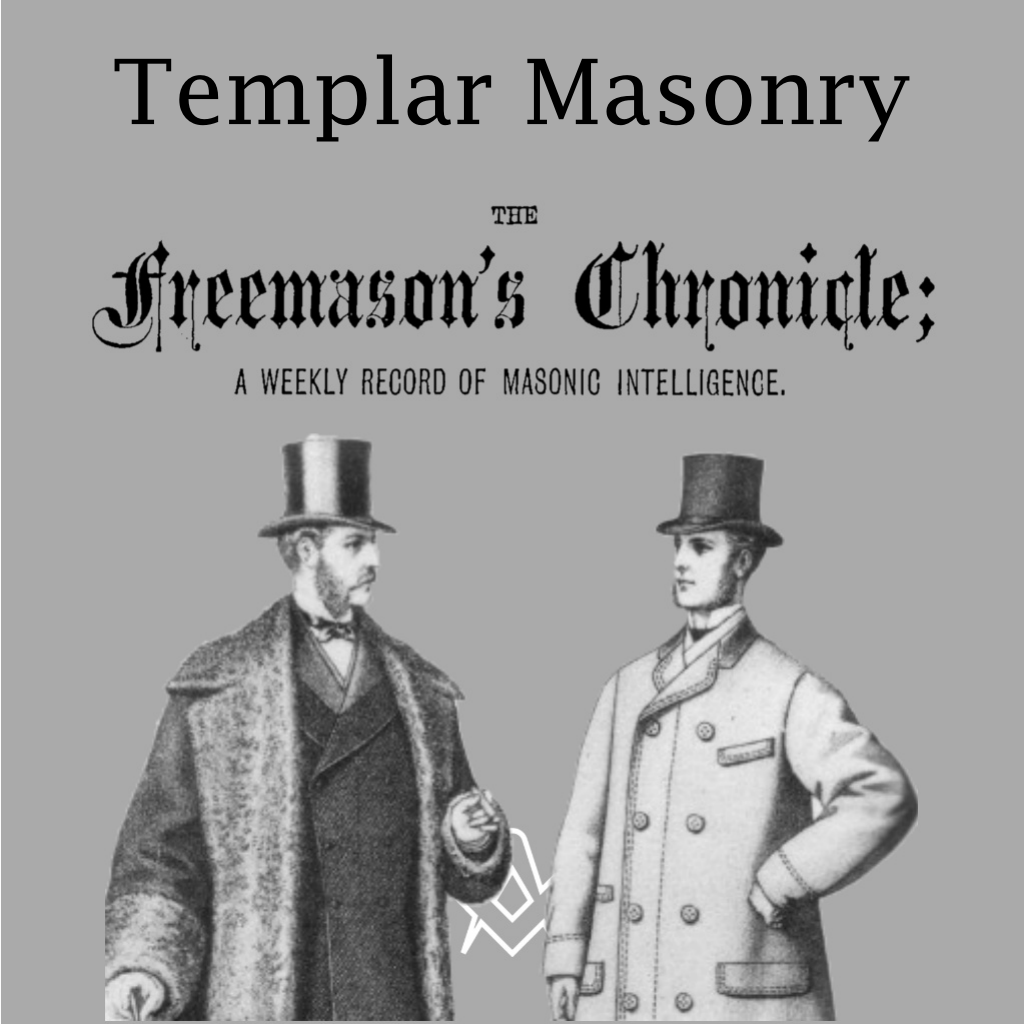 Templar Masonry – I regard the heading as a misnomer, but use it as a significant corollary of my present theme.

I proceed to make a few general remarks, before formulating the postulates which I am desirous to establish, concerning the “true historical aspect of the Religious and Military Order of the Temple.”

​Readers of Mr. Leckie ( William Edward Hartpole Lecky ) [1] will have noted the conclusion of that author, to the effect that a greater aggregate of testimony has been forthcoming in evidence of the truth of witchcraft than of any other fact in history, and they will remember that this statement is adduced to shew the worthlessness of human evidence.

A greater than he has said, however, ” there is nothing new under the sun,” and at the present day, the study of animal magnetism, biology, mesmerism, clairvoyance and psychic force, is pointing with plausibility to the proof that accusations of witchcraft had, in a measure which we are not yet able to define, foundation in fact.

I have upon this and other grounds, the hardihood to differ from Mr. Leckie as to the aggregate value of human evidence; and maintain that every tradition or legend must in some way be connected with, if not based upon, some original truth.

To bring that truth to light, and not to demolish both rubbish and truth together, should be the sacred task of the historian.

I flatter myself the age we live in, though equally strong in adhesion to first principles, no longer sympathises with the iconoclast who could smite into fragments works of Art that had helped to develop a sense of beauty or purity in millions of souls.

We would not shatter the idols of history, but reverently store them with a view to classification or study of their structure, and to utilisation of whatever they can teach.

Not on this principle has acted a recent school of Masonic historians. Bro. Findel (Gottfried Joseph Gabriel Findel) [2] whose intelligent sketch of the modern ramifications of Masonry cannot be too highly esteemed, rejects many classes of evidence as to its antiquity and demolishes our idols, to show that we are but the outcome of an old German guild.

This may flatter his patriotism, but cannot fail to shock that of Englishmen, especially of those who believe in regular succession through an English channel from the Dionysiacs (relating to the God Dionysus.) and their predecessors .

There have been writers who assumed that Freemasonry originated in a secret perpetuation of the mysteries of the Templars, after the dispersion of the latter.

But when its symbolism is attentively considered in system as in moral application, we find the best of evidence—internal evidence—of its higher antiquity.

Had it arisen subsequently to the Christian Era, its symbolism would have been strongly influenced, perhaps entirely moulded by leaders, Christian in one sense or another.

Concurrent evidence from historical analogies is so strong, that I assert without fear of contradiction, its symbols would have been” the Lamb of God,” ” the Dove of Peace,” etc, etc, as with the Templars and other orders or societies.

That it has not altogether escaped the Christian element appears by the Saint Johns and the four crowned martyrs of our ancient Charges, which do fit well into the system, and which contravene our main principle, “Universality.”

What are our most striking symbols ? The Sun, the Moon, the Flaming Star !—If these do not assert their own institution in an epoch when they were the current embodiments of great physical and moral truths, to what can we ascribe them ?

They are unwarranted by any Patristic adaptation !

That there was some connection between Freemasons and the Templars during and on the return from the Crusades the titles of old Templar Churches show.

Those at Bologna. Milan and elsewhere, still bear the name ” de la Mason.

Why did the Templars affect the circular plan of Architecture ? Not in allusion to the Temple of Jerusalem !

I recognise in the speech delivered by Chevalier Ramsay (Andrew Michael Ramsay) [3] at Paris in 1740 a kernel of truth, which, though encased in error, is accompanied by some noble thoughts not unworthy of reproduction.

It is treated by Bro. Findel with contempt as the “corner stone of the High Grades,” the authority of which he rejects.

Another corner stone was once despised and rejected, and I think it not impossible this may prove to be the fragment of a keystone, completing the Arch which unites modern to ancient Freemasonry.

Their object being the elevation of one nation at the expense of others, they failed to attain universality . . .

They had not Philanthropy for their basis.

The love of country, ill-understood, was often fatal to the love of Humanity. Men are not essentially made different from each other by varieties of language, of clothing, or of soil.

The whole world is but a great Republic, of which each nation is a family, and each individual a child.

To resuscitate and disseminate the common promptings of human nature, our society was established.

We would unite enlightened men, not by love of the fine Arts alone, but yet more by sound principles of virtue.

Our ancestors, the Crusaders, attracted from all parts of Christendom to the Holy Land, desired thus to bring subjects of all nations into one brotherhood . . .

. . .they projected an institution whose sole aim is the union of minds and hearts for purposes of improvement, and wished to found a nation of intellect cemented by the ties of Virtue and Science.

The Religious Orders were established to make men perfect Christians, the Military Orders to inspire the love of glory, the Order of Freemasons to form men—amiable men, good citizens, inviolate in their promises, faithful adorers of the God of friendship, preferring virtue to recompense . . .

The famous Festivals of Ceres and of Eleusis of which Horace speaks, as weII as those of Isis in Egypt, of Minerva at Athens, of Urania among the Phoenicians, and of Diana in Scythia, had some connection with our solemnities.

In those mysteries remained many traces of the ancient religion of the Patriarchs . . .

The name of Freemasons should not be taken in a literal sense, as though our founders had been simple artificers in marble and stone, or eccentric geniuses who strove to bring the Arts to perfection.

They were not only clever architects who consecrated their talents to the construction of external Temples, but also religious princes and warriors, whose aim was to enlighten, develop and protect the living Temples of the Most High.

It will be remembered that there were other Crusaders besides the Templars and the Knights of St. John, and that the actual origin of even those orders is Oriental.

I will conclude by epitomising the rest of the Chevalier’s theory, which, be it understood, I by no means uphold.

He asserted that the more enlightened of the Crusaders entered into a mutual secret confederation, and invented signs and passwords, based upon Masons’ symbols in imitation of the children of Israel, who at the rebuilding of the Temple handled their tools in conjunction with implements of war ; that princes on return from the Holy Land established branches of the Society; and thence he brings it to the first Lodge founded in Scotland at Kilwinning.

Concerning the last, his words have not yet been verified.

If he spoke without warrant, then he must be regarded as an enthusiast only, progenitor of a host of copyists.

Many records of our operative brethren yet stare us in the face, out of the mists of the dark ages in Scotland ; the cotemporary existence of the Order in England, Ramsay does not particularise, but I am confident that earlier traces evidencing the speculative application of the Masonic system, exist in this country, proofs of which will shortly be forthcoming.

In 1737 Ramsay wrote his Discourse pronounced at the reception of Freemasons by Monsieur de Ramsay, Grand Orator of the Order, in which he connected Freemasonry with the Crusader knights. His own stature as a Knight of St. Lazarus of Jerusalem may have inspired him, or perhaps even his zeal to propagate an alleged tradition linked to the house of Bouillon.

Gottfried Joseph G. Findel (1828-1905) published his “History of Freemasonry” in in German 1861. The work was translated into English in 1866 by Carl van Dalen and became the foundation for Robert Freke Gould’s multi-volume “The History of Freemasonry.” This is an extremely important work for any student of Freemasonry. Photographic reproduction of the 1866 edition. 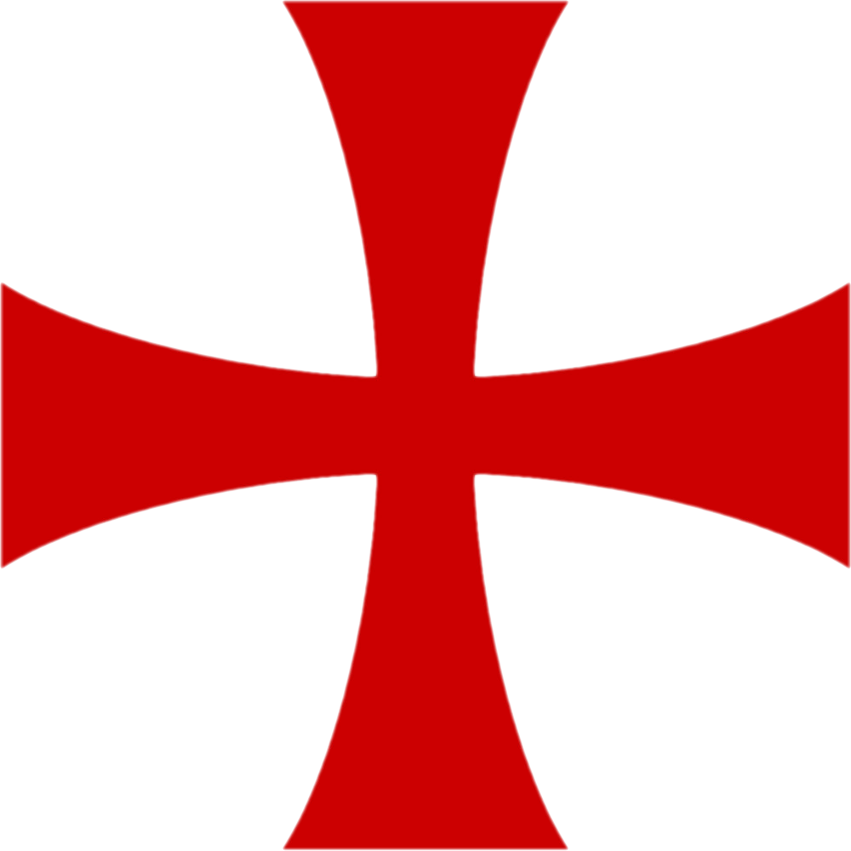