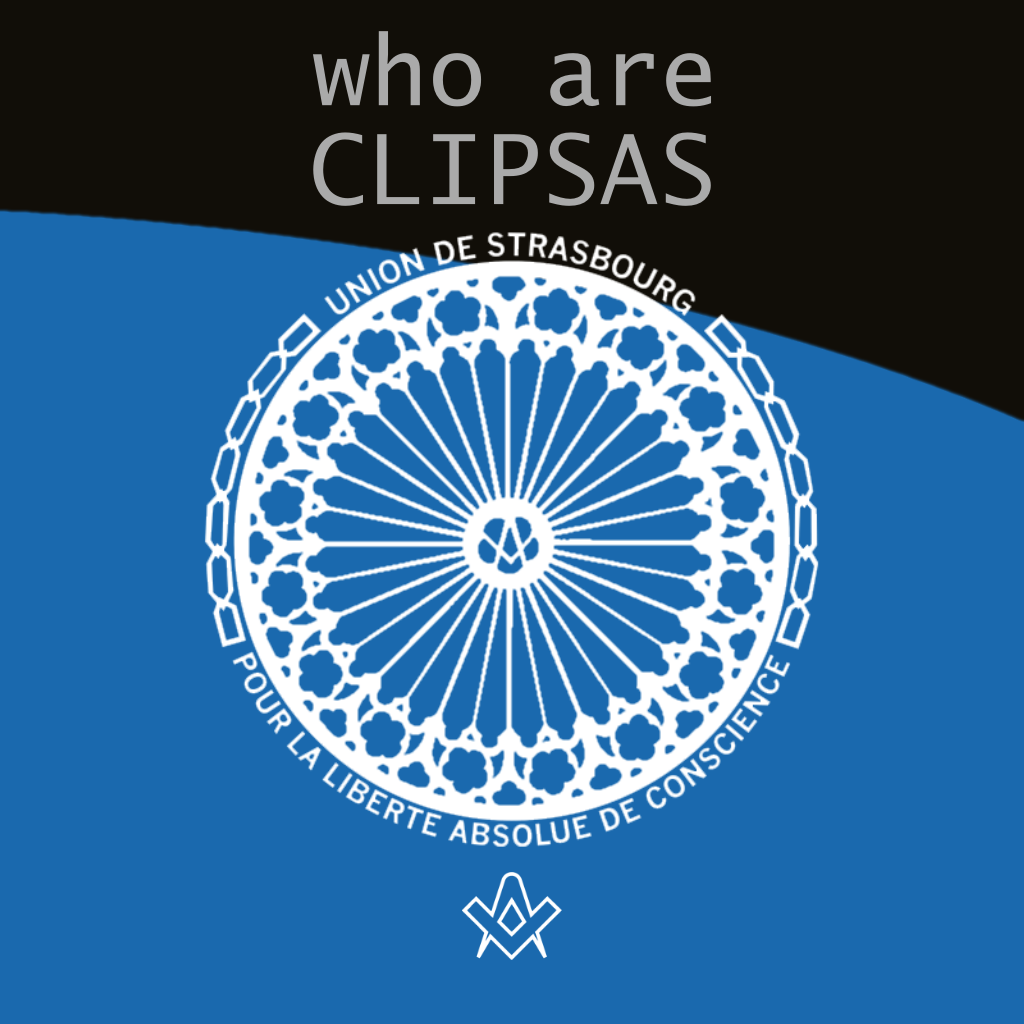 There are two groups of Freemasons which can be defined as either Regular or Liberal.  A regular Freemason is a member where the Grand Lodge is recognised by United Grand Lodge of England (UGLE). [*]

A liberal Freemason is where the Grand Lodge is not recognised by UGLE.

Liberal Grand Lodges have formed their own associations where they recognise each other.  The term recognised means that members from one Grand Lodge can visit Lodges that belong to other recognised Grand Lodges.

CLIPSAS is an international organisation of liberal Grand Lodges.

CLIPSAS was founded on January 22, 1961, by sovereign Masonic powers who, ‘faced with the growing intransigence of certain obediences, combined to call upon all Freemasons to come together, respecting their sovereignty, beliefs, rites and symbols, for a true and indissoluble Chain of Universal Union’ 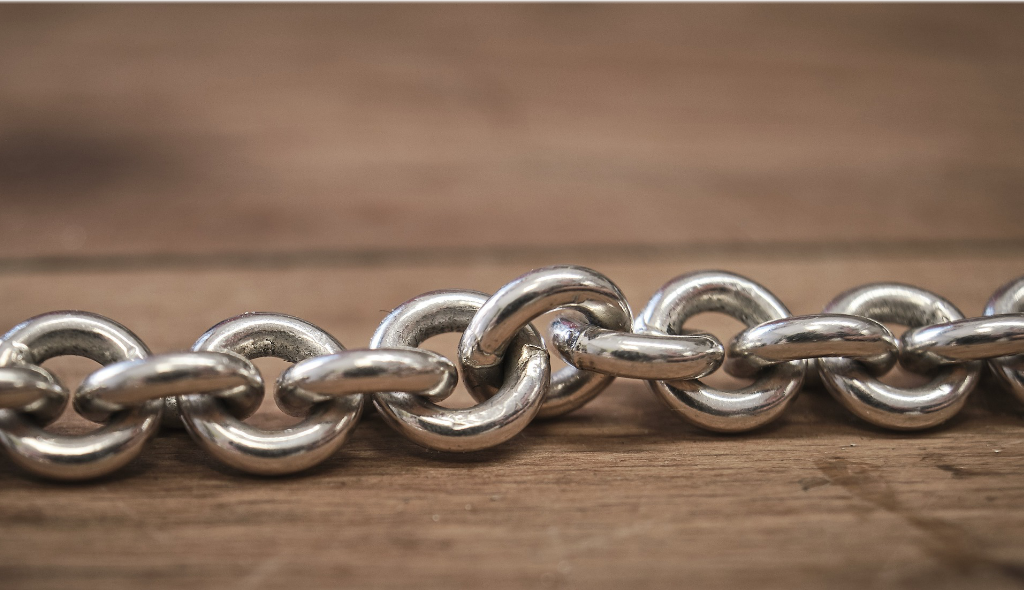 An international association of liberal Freemasonry, they adhere to the ethics proposed by the founding members – those of tolerance, fraternity, and union.

Their aim is to reconcile the different metaphysical conceptions of Freemasonry, there is the choice not to use the Bible as the VSL, nor to adhere to the belief in a Supreme Being.

The Sovereign Masonic Powers gathered in Strasbourg on January 22, 1961.

That it is imperative to re-establish between all the Freemasons the Chain of Union broken by regrettable exclusives contrary to the principles of the Anderson Constitutions of 1723;  That it is important for this purpose to jointly seek, taking into account all traditions, all rites, all symbols, all beliefs and with respect for absolute freedom of conscience, the conditions which determine the quality of Freemason.

That placing the work under the invocation of the Great Architect of the Universe and requiring that one of the Three Lights be the Holy Book of a revealed religion should be left to the discretion of each Lodge and each Obedience.

To establish fraternal relations between them and to open the doors of their Temples, without condition of reciprocity, to any Freemason or Freemason who has received the Light in a just and perfect Lodge, provided that the Masonic specificity of the Lodge or Obedience allows these visits.

To all Freemasons to join this Chain of Union based on total freedom of conscience and perfect mutual tolerance.

CLIPSAS currently has 104 members, the six founding members in 1961 were: 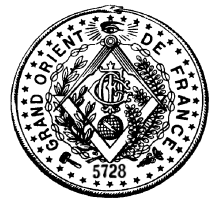 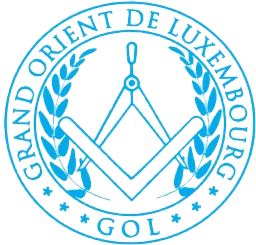 A brief background to Continental – or ‘Liberal’ – Freemasonry.

Continental Freemasonry, also known as Liberal Freemasonry, includes the Masonic lodges, mainly (but not exclusively) on the continent of Europe, that recognise the Grand Orient de France (GODF) or belong to CLIPSAS.

Freemasons who belong to lodges that recognise the United Grand Lodge of England do not recognise Continental Freemasons, regarding them as ‘irregular’.”

The Grand Orient de France (GODF) is the oldest in Continental Europe. In 1773, it formed from the older Grand Loge de France allowing the GODF to date itself back to 1728 – or 1737.

Why two dates? In 1728, French Masons recognised Philip, Duke of Wharton as Grand Master of all Masons in France.

However, Grand Loge de France’s written records date to the latter – 14 May 1733.

The GODF is generally regarded as the mother lodge of traditional liberal (Continental) Freemasonry. As it took shape from 1733 it took on several Lodges of Adoption which were already attached to its own lodges.

Adoptive Lodges were open to Masons and their female relative and had their own rituals. This received the blessing of the then Grand Master of France, Louis Philippe Joseph d’Orléans (Duke of Chartres).

His sister Bathilde d’Orléans, the Duchess of Bourbon, was Grand Mistress of an Adoptive Lodge.

Louis Philippe d’Orléans with the insignia of the grand master of the Grand Orient de France. [PD-ART]

Lodges of Adoption flourished during the second half of the eighteenth century and spread to much of continental Europe.

However, the lodges were declared unconstitutional by the Grand Orient de France early in the nineteenth century. They were subsequently revived as female only lodges in the early 1900s, and in 1935 the male Freemasons unilaterally decided to confer autonomy.

Eight women’s lodges came together the following year to form the first ‘convent’, the early form of the future Women’s Grand Lodge.

They went dark during the German occupation of Francebut were reformed after the war in 1945.

After a general reconstruction, in 1952, the ‘Union maçonnique féminine de France’ officially became the Women’s Grand Lodge of France. 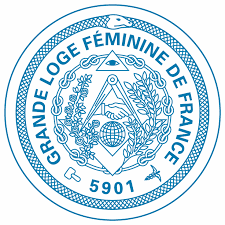 From the 1960s onwards, 21 lodges were formed in France and one in Switzerland at Geneva, the ‘Lutèce’ lodge.

During the following decade, 76 women’s lodges were created in France, Switzerland and Belgium and other rites were accepted.

The patent of the French Rite was sent to the GLFF by the Grand Orient de France and on 10 March 1973 the first lodge of the French rite, Unité, was formed, soon followed by many others.

In 1972 the GLFF created the Women’s Supreme Council of France.

The International Order of Freemasonry Le Droit Humain – a global Masonic Order open to men and women – is in mutual amity with (meaning recognition is reciprocal and members can intervisit) the Grand Orient de France, Grande Loge Féminine de France, and Grand Orient of Belgium.

Their work is the Scottish Rite through to the 33rd degree. 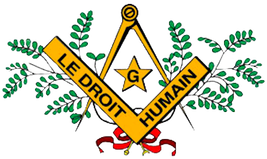 Women’s Freemasonry and Co-Masonry are not recognised by the United Grand Lodge of England or any lodges under its jurisdiction. They are deemed irregular and UGLE members may not intervisit with these lodges.

[*] The Grand Orient of Italy

The Grand Orient of Italy was once a significant player within international Freemasonry, and in 1972 it was recognised as regular by the UGLE.

However, this recognition was withdrawn in 1993, due to accusations of corruption and Mafia involvement.

Today the Regular Grand Lodge of Italy is the only Italian Grand Lodge recognized by the UGLE, or the other home constitutions of Ireland and Scotland.

However, the Grand Orient of Italy is fully recognised by a large majority of the other regular masonic jurisdictions, both in Europe and worldwide.