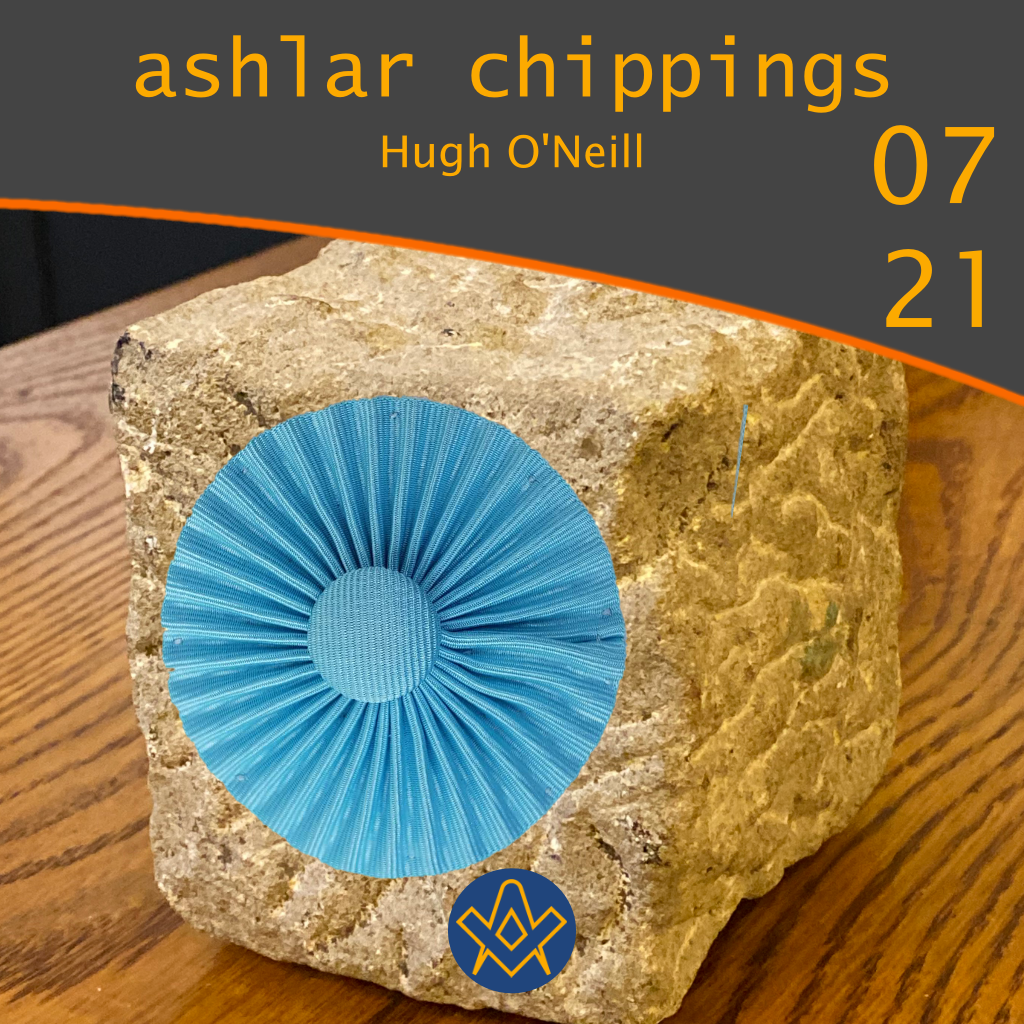 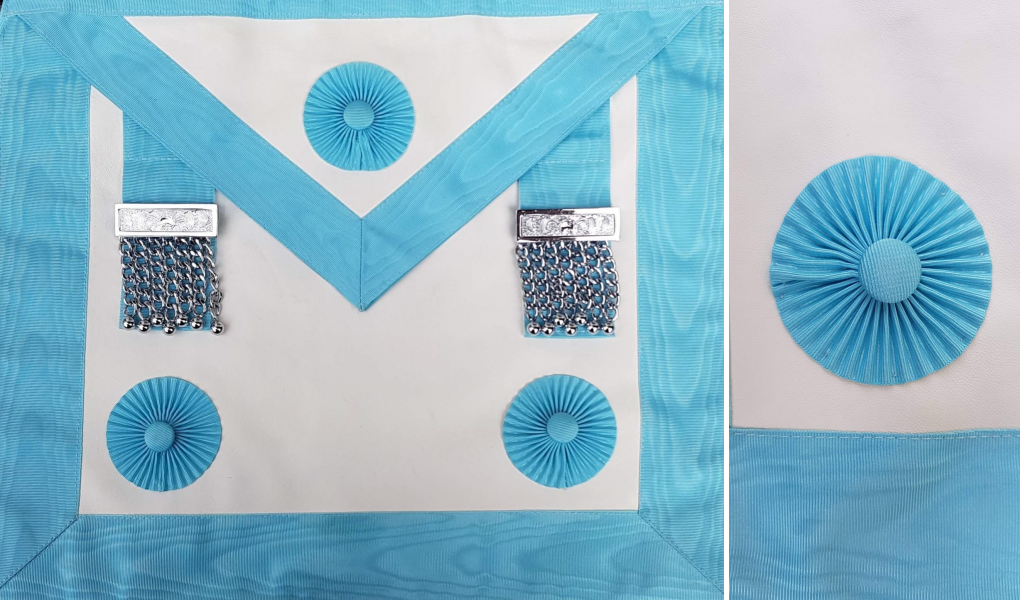 From time to time I am asked the question as to the origin of the rosettes on Masonic aprons.

Reference to those two luminaries of Masonic research, Bernard E Jones and Harry Carr, throws no real light on the subject other that to say that they came into use soon after the time of the Union of the two Grand Lodges in 1813, simply to distinguish the different grades of the Brethren, much as the sleeve stripes of NCOs in the army.

Before the Union, aprons were often just plain white or highly decorated, at the whim (and the purse!) of the wearer.

The earliest example of aprons with rosettes in the Museum at Great Queen Street, London, date from about the time that the United Grand Lodge made the ruling in May 1814. 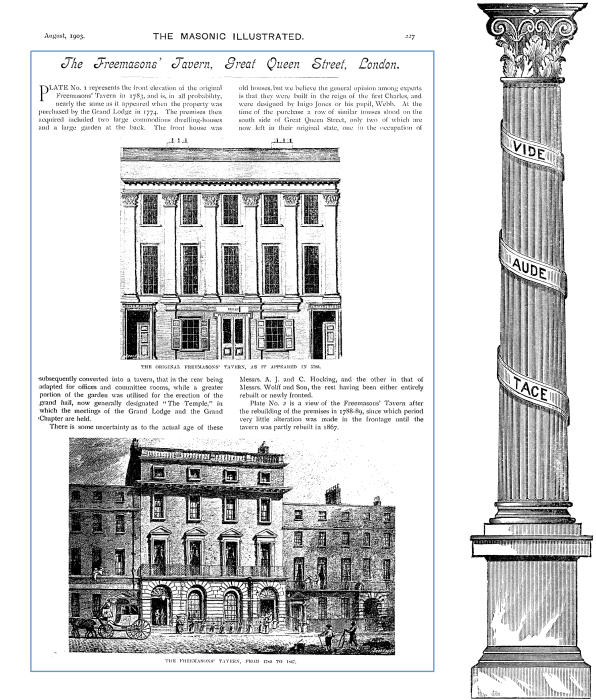 This came about in the 1770s during the planning and building of a Hall in Great Queen Street, London, instead of meeting in local taverns and ale houses, which was not thought to be particularly becoming for such an august society.

A committee was appointed ‘to consider of and promote to the utmost of their power the plan for Building a Hall’, and in due course premises in Great Queen Street were purchased for 3,000 guineas (£3,150).

They were at No. 61, the frontage lying between what is today the eastern end of Freemasons’ Hall and the main entrance to the Connaught Rooms, and they consisted of a ‘Front House’ on the street with another, the ‘Back House’, to its rear with a small courtyard between the two; behind the houses lay a garden which was to be the site of the first Freemasons’ Hall.

Rooms on the upper floors of the houses were adapted as committee rooms and offices and the front house was let to a Brother Luke Reilly to become the Freemasons’ Tavern and Coffee House.

Reilly was given authority for the Free Masons’ Arms [to] be put up as a sign with the following motto – ‘Vide, Audi, Tace’, the motto subsequently adopted, in a slight rearrangement, by the United Grand Lodge after the Union of 1813.

At a certain point in the second degree, in the Hundred of Elloe Lodge No. 469 of Spalding, Lincolnshire, a possibly unique event occurs in that the Deacons, to this day, lay down a special piece of carpet to assist with a particular movement.

This carpet is apparently recorded in the Lodge’s inventory as far back as 1870 wherein it is described as being made of ‘kamptulican’ (sic).

According to my Concise Oxford Dictionary of 1926, kamptulicon is ‘floor cloth of mixed rubber, gutta-percha, & cork, mounted on canvas’.

It is, however, fairly common knowledge that physical structures, as distinct from a floor cloth, have been used in a few lodges elsewhere around the country.