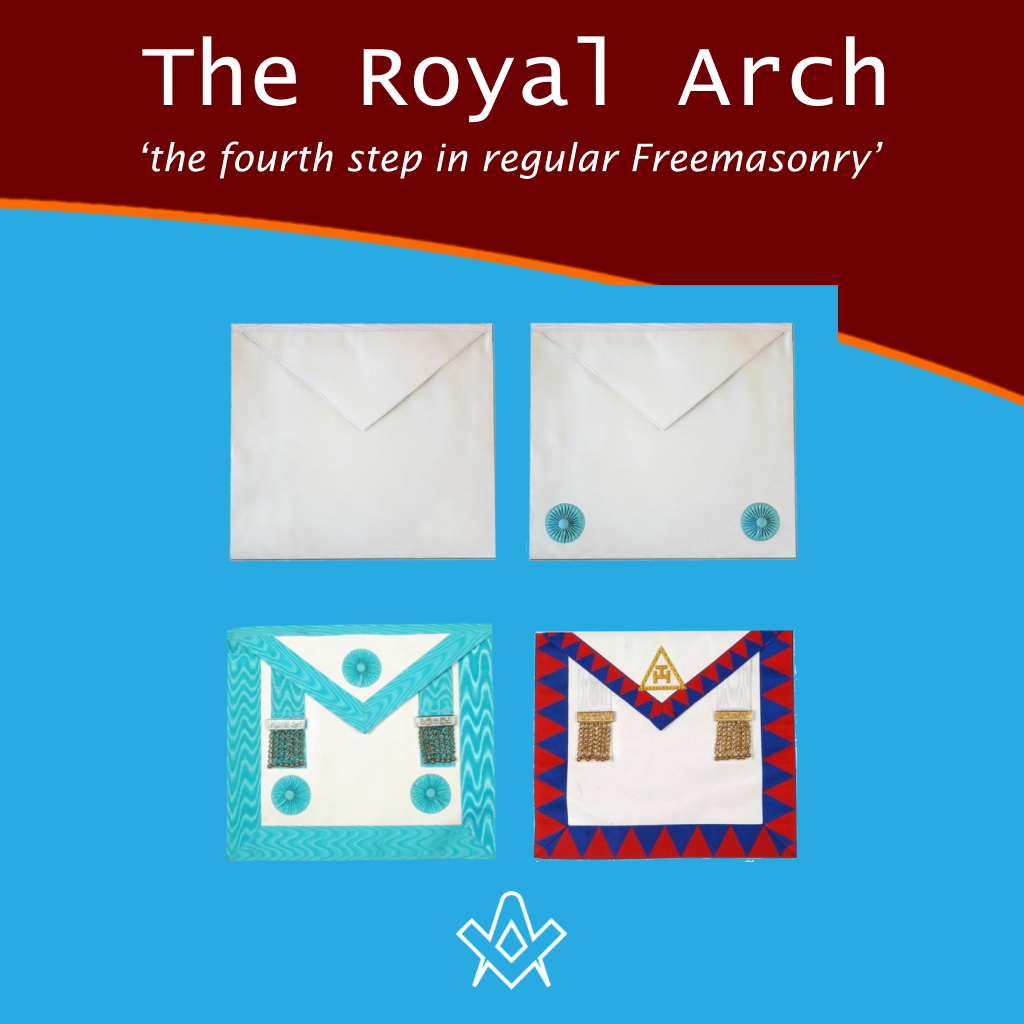 Why ? and what does that even mean ?

Was: Freemasonry consists of three degrees and the Royal Arch

Now: The Royal Arch is the fourth step in regular Freemasonry

The Back Story – the Publisher’s Preface

Within the United Grand Lodge of England, the history and the connection between Craft Freemasonry and Royal Arch needs some explaining – especially for the benefits on non-UGLE Freemasons:

This was partly due to the publication of Pritchard’s Masonry Dissected,1730, (a Masonic exposé) and a class distinction. By now Grand Lodge of England was populated by the ruling class, not wishing to socialise with the tradesmen and professions, so they kept them out.

A compromise was presented to both sides, “that pure antient Masonry consists of three degrees and no more, viz.: those of the Entered Apprentice, the Fellow Craft, and the Master Mason, including the supreme degree of the Holy Royal Arch”.

This looked like both had got their way, and the Grand Lodges united on 27 December 1813.

Until now, within UGLE, we have had the three Craft degrees and the Royal Arch being the Master Mason’s Completed.

My Holy Royal Arch ritual book made it very clear, as it stated, “you may perceive you have completed a fourth degree, this not the case, but the master mason’s completed”.

In recent changes, UGLE has moved to give the Royal Arch a separate identity, now referring to it (not yet as a fourth degree), but a ‘fourth step’.

This situation is only peculiar to UGLE, as in other jurisdiction either, the Royal Arch is work within Craft lodges, or is a completely separate rite ( as in York Rite ).

Was: Freemasonry consists of three degrees and the Royal Arch

Now: The Royal Arch is the fourth step in regular Freemasonry

At last! An effective, practical, understanding of the 1813 enigmatic phrase has emerged with the potential to make the four steps in regular Freemasonry leaner and fitter for 21st Century purposes.

By calling the Royal Arch ‘the fourth step in regular Freemasonry’, entails that the three degrees can also be understood as steps.

This view has the highest sanction!

The Volume of Sacred Law contains the book of 150 Psalms.

Numbers 120 – 134 are the fifteen ‘Songs of Degrees’ which were sung and/or chanted, perhaps, when:

· ascending fifteen steps to the Temple porchway or entrance;
· fifteen stages along the pilgrim road to Jerusalem; or,
· a fifteen-part ‘walking’ celebration of Nehemiah’s rebuilding of Jerusalem’s Walls. 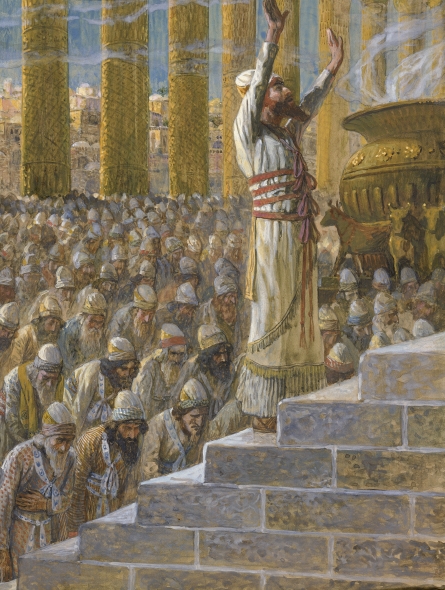 King Solomon dedicates the Temple at Jerusalem, By James Tissot – or follower, c. 1896–1902

There were fifteen steps by which the priests ascended into the Temple, on each of which they sang one of these fifteen psalms.

The ‘Psalm Scroll’ among the Dead Sea Scrolls has significantly different wording and compilation from the King James Version of the Volume of the Sacred Law.

However, the integrity of the fifteen songs of degrees is maintained, perhaps even as one extended Psalm for major celebrations.

I abide in the simple and plain sense as much as I may, and judge that these psalms are called The Psalms of Degrees because the Levites or priests were wont to sing them upon the stairs or some high place; even as with us he that beginneth the psalms or preacheth, standeth in a place above the rest, that he may be the better seen and heard.

For it seemeth not that these psalms were sung of the multitude which were in the Temple, or of the rest of the choir, but of certain which were appointed to sing them, or at least to begin them on the stairs to the rest, and so have their name; like as some other of the psalms have their name and title from the singer.

But how should a man know all their rites and ceremonies, especially after so long a time, whereby they are now clean worn-out of the memory of all men?

Seeing therefore among such a multitude of psalms, when the law was yet in his full force and power, some were wont to be sung with one manner of ceremony, and some with another, according to the time and place, as the use and custom then was, let this suffice us to think that this title pertaineth to no point of doctrine, but only to the ceremony of the singers, what manner of ceremony soever it was.

—Martin Luther, in “A Commentarie upon the Psalmes of Degrees,” 1577. 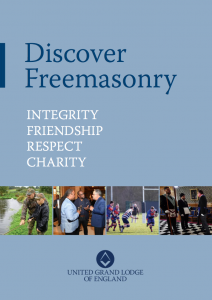 Given that the Royal Arch is now designated the fourth step in regular Freemasonry, it must be concluded that, for the purposes of the 21st Century, this must inform publications such as Discovering Freemasonry (UGLE Publication) which should now be revised, and based on attracting to the benefits of the four steps. 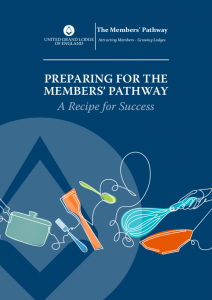 Also, the Members Pathway ( A UGLE publication ) should now advise of a four-step process; taking the final step should not be any different than taking the first three.

That is to say; the fourth step should be taken in a Craft Lodge opened in the Royal Arch.

For those capable of ‘sustainable’ thinking, this concept should be understood as the basis of a business plan, a massive opportunity to rationalize the structure of the Craft.

This could create efficiencies of scale and in so-doing, render it leaner and fitter for the purposes of the 21st Century.

The author will expand on this in a future series for The Square magazine. 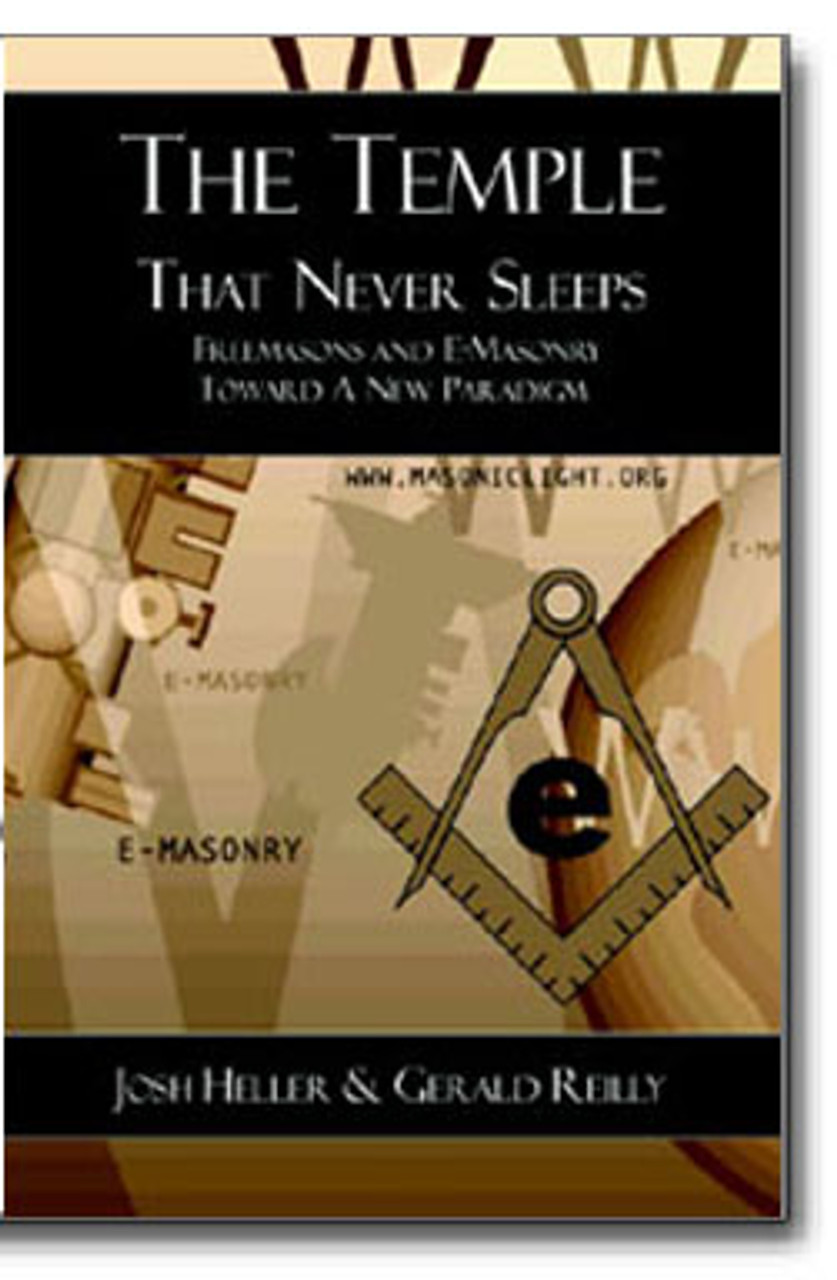 The Holy Land and the Holy Sites Part 4

The Holy Land and The Holy Sites Part 3

The Holy Land and The Holy Sites part 1