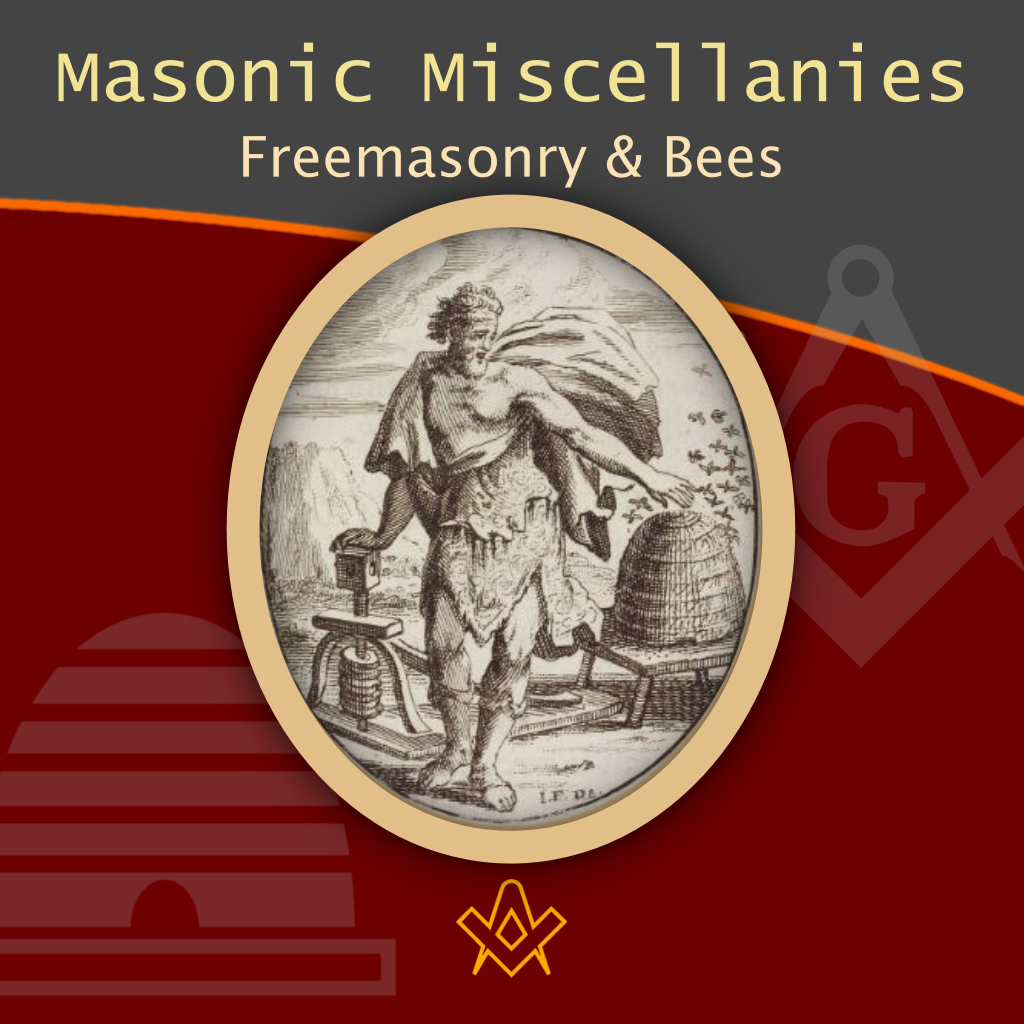 The bee was among the Egyptians the symbol of an obedient people, because, says Horapollo, of all insects, the bee alone had a king.

Hence, looking at the regulated labor of these insects when congregated in their hive, it is not surprising that a beehive should have been deemed an appropriate emblem of systematized industry.

Freemasonry has therefore adopted the beehive as a symbol of industry, a virtue taught in the ritual, which says that a Master Mason;

“works that he may receive wages, the better to support himself and family, and contribute to the relief of a worthy, distressed brother, his widow and orphans”

and in the Old Charges, which tell us that;

“all Masons shall work honestly on working days, that they may live creditably on holidays”. 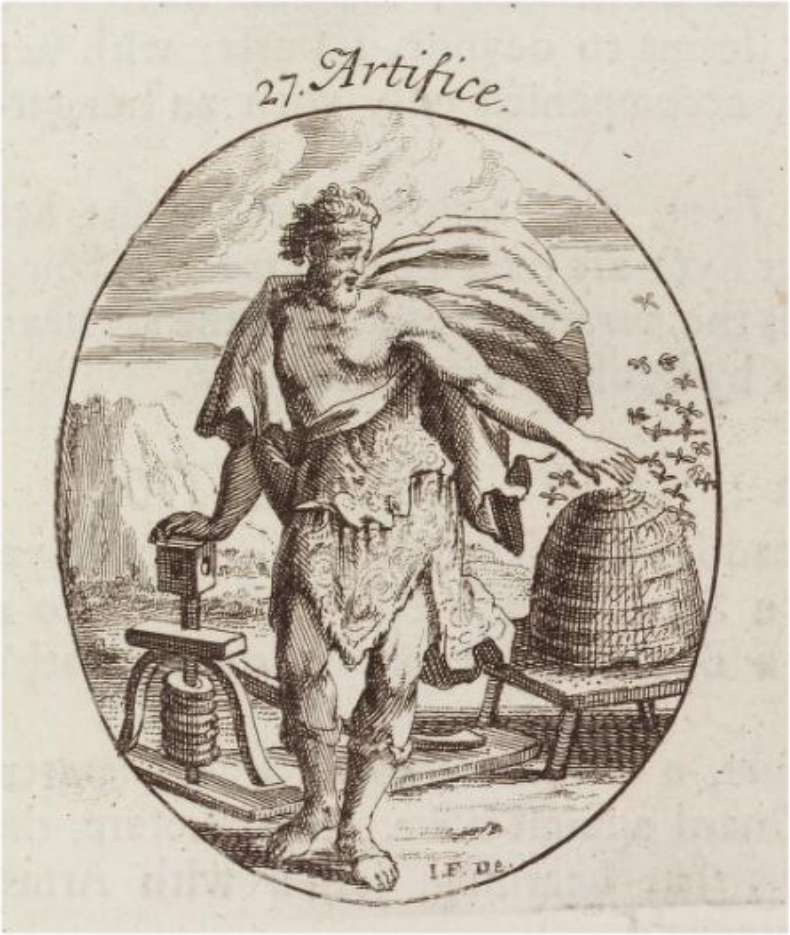 Iconologia: or, moral emblems …. Wherein are express’d various images of virtues, vices, passions, etc. as design’d by the ancient Egyptians, Greeks, Romans, and modern Italians … / illustrated with … humane figures, with their explanations; newly design’d, and engraven … by I. Fuller … and other masters. By the care and at the charge of P. Tempest.

There seems, however, to be a more recondite meaning connected with this symbol.

The ark has already been shown to have been an emblem common to Freemasonry and the Ancient Mysteries, as a symbol of regeneration of the second birth from death to life.

“both the diluvian priestesses and the regenerated souls were called bees; hence, bees were feigned to be produced from the carcass of a cow, which also symbolized the ark; and hence, as the great father was esteemed an infernal god, honey was much used both in funeral rites and in the Mysteries.”

Extracted from: An Encyclopaedia of Freemasonry and it’s kindred sciences Volume one, Albert G. Mackey, 1914, pp.101-102

Discover more in this video by Greg Stewart – Masonic Traveller