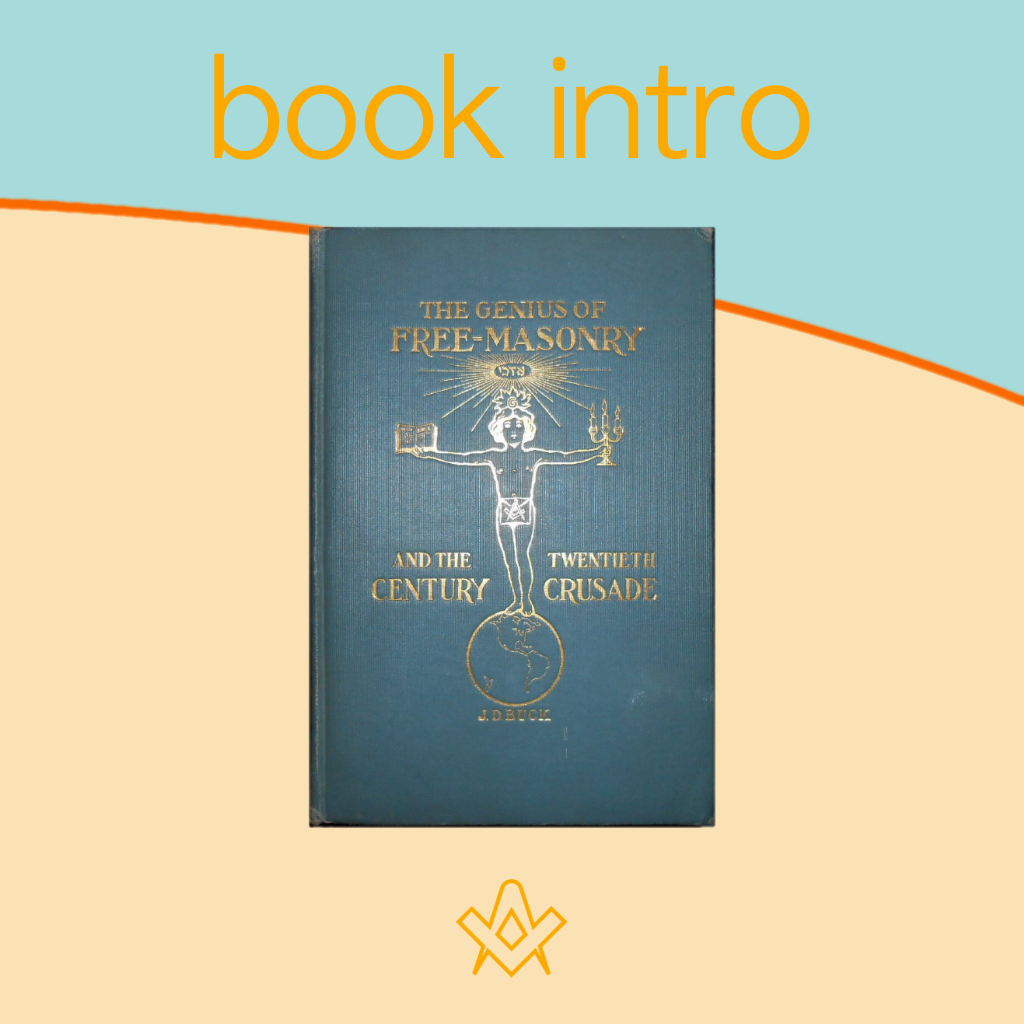 This little book has been written in answer to the often repeated question — “Has any brother anything to offer for the good of Masonry?”

The following pages are the author’s answer to that question. He can hardly hope that every brother Mason will agree with his views of either Free-masonry or Clericalism.

All he asks is that they read and consider the facts here-in set forth and their logical bearing on the signs of the times and the living issues of the day.

While he has endeavored to make the matters herein discussed exceedingly plain, and has re-stated the same problems in various forms (sometimes, perhaps, at the expense of mere literary form in composition) he feels that failure at that point is of little consequence compared with clearness as to principles involved.

He feels that no intelligent brother need be in any doubt as to what the author is driving at, how he regards it, or what — for one — he proposes to do about it.

The issues involved are so momentous, striking as they do at the very foundations of our whole civilization, that to evade, obscure, or ignore them entirely, as many do, seems to the author little short of criminal.

The earnestness he feels regarding these issues and their present immanence, must account for the emphasis employed in handling them. 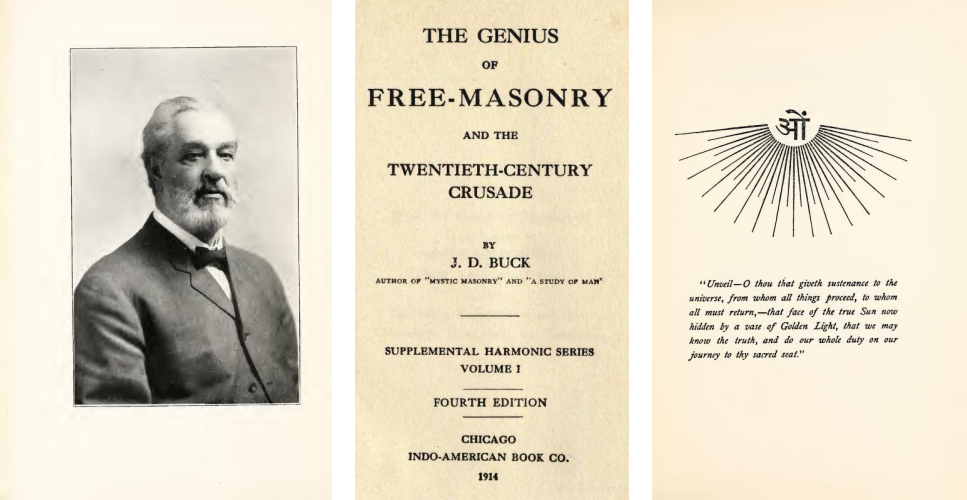 IMAGE CREDIT:  The Genius Of Freemasonry

Good men may indeed differ as to dogma and individual opinions regarding matters of philosophy or theology.

But when men differ as to Freedom or Despotism; the rights of conscience or the enslavement of the human soul, when the issues are clearly defined and well understood, and the decision is deliberately made and we have taken sides; then, indeed, there can be no compromise, no quarter shown.

Then it is war, uncompromising, and must be fought to victory, defeat, or destruction.

Clericalism has been made herein to tell its own story and define its own claims.

Hence it stands, as three men once stood near the coast of Joppa, convicted by the imprecations of their own mouths.

In its efforts to destroy Liberty in Russia and southern Europe, Clericalism has impoverished and embittered the people, converted Catholics into atheists — according to their own accounts — and virtually has destroyed itself.

It is now inaugurating in America the same crusade in which it has met defeat everywhere else.

If these things are so — and no honest or well posted individual can deny them — nothing on earth or amongst men can transcend them in importance.

The reader who goes carefully over the following pages is left free to form his own conclusions and determine his own line of action.

The author regards the view of Freemasonry herein set forth as equally true, and equally important.

IMAGE CREDIT:  The Genius of Freemasonry

In a former work, “Mystic Masonry”, published nearly ten years ago [1911], very similar views of Masonry were set forth.

These views, while appealing to the more studious and thoughtful among the Craft, have received commendation from Masons in nearly every quarter of the globe, no less than from Fraters in the United States.

The basis for the concepts therein given was first, the most ancient philosophy of old India, known in many ages and under many names, but more recently as “Theosophy”, as this is taught in the “Secret Doctrine”.

Logical analogy and the philosophical sequence of the law of Evolution were held as justifying the view of true Masonry therein set forth.

Beyond this, the author’s own intuitions, the conception that beneath the verbiage and whole ritual of Masonry and the dramatic ceremonies of initiation there must lie concealed far more than the surface reveals.

The author was, moreover, somewhat familiar with the Kaballah [sic], particularly as set forth by his friend, the late [James] Ralston Skinner (author of “The Source of Measures,” and of other unpublished MSS, copies of which are in the author’s present possession).

The clues to the secret vault were thus by no means meagre nor obscure. 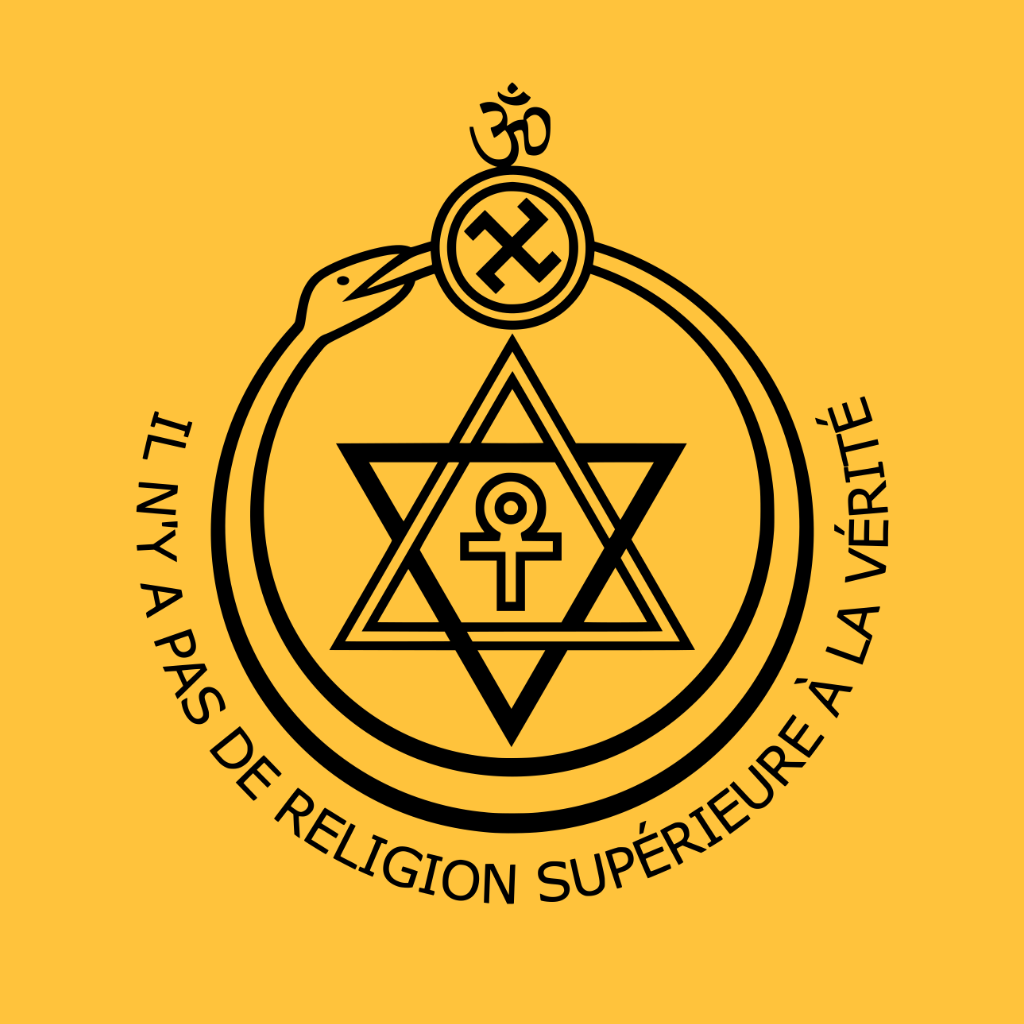 The seal of the Theosophical Society with French motto By Frater5 – This vector image includes elements that have been taken or adapted from this file: Theosophicalseal.svg.,

Since the publication of “Mystic Masonry”, however, the author has had the good fortune to become intimately acquainted with the author of “The Great Work”, who is not only a Brother Mason, but a real Master as the term is defined in “Mystic Masonry”.

He has, therefore, been able to verify most of the statements and inferences made in his previous book, and to justify the statements herein contained, so far as Masonry and the Great School are concerned.

This book is, therefore, addressed to Brother Masons, particularly in America, or the express purpose and with the strong hope of inducing them to awaken, take notice, and act as seemeth to them all just and upright men and Masons ought.

“To be a good man and true” is the first great lesson a man should learn, and over 40 years of being just that in example, Dr Buck won the right to lay down the precept.

The Genius Of Freemasonry

This scarce antiquarian book is a facsimile reprint of the original.

Due to its age, it may contain imperfections such as marks, notations, marginalia and flawed pages.

Because we believe this work is culturally important, we have made it available as part of our commitment for protecting, preserving, and promoting the world’s literature in affordable, high quality, modern editions that are true to the original work.

Book Intro - The Genius of Freemasonry

Book Intro - The Spirit of Masonry