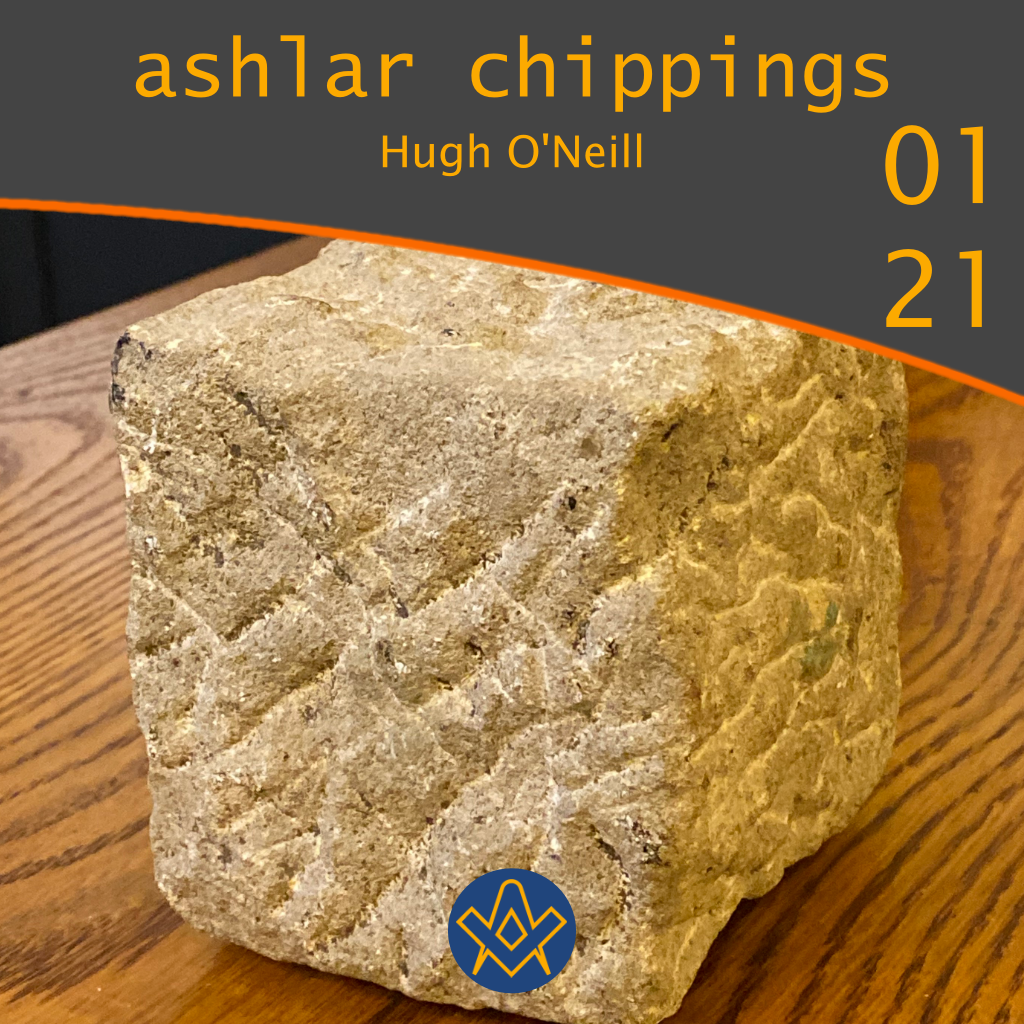 As is often the case at an after-lodge dinner, the Master announces the various amounts collected during the evening. On this occasion, the alms collected came to seventy pounds and six pence. The Master thanked us all for our generosity – particularly the six visitors!

A brother collapses in lodge. A veterinary surgeon rushes over, puts him in the recovery position, checks vital signs and then starts CPR. A doctor brother, who is chair of every sort of administrative committee at the local hospital, heaves himself into action and says to the vet, ‘Better let a proper doctor take over now’. The vet cedes way and was heard to mutter: ‘He’s more speculative than operative.’

The Recovery of that which was Lost

After attending a meeting, following which The Most Worshipful the Grand Master outlined in some detail the prospects and plans for Freemasonry in the twenty-first century, I found myself sharing the back seat of a car with said Grand Master making our way to the hotel.

On arrival, and during a most illuminating discussion, the escort discovered that he was unable to open the regalia case – the last, and obviously the wrong one from the robing area.

Fearful of the loss of the Grand Master’s chain of office and other accoutrements, our discourse came to an abrupt halt while we telephoned frantically or e-mailed all those on the lodge secretary’s list who would have a Grand Lodge sized case.

Some could not be contacted and the urgency gathered momentum because a visitation tour was scheduled for India a few days hence.

Eventually it was decided to purloin the Deputy’s chain. About a week later the correct case and chain made their appearance and all ended well.

I should perhaps at this point just mention in passing that the Grand Master is of a Constitution other than UGLE!

Following the cessation of certain hostilities on the continent of Europe (temporary as it happens), the local newspaper for Lewes, Sussex (now, since 1889, East Sussex) carried the following reference to Masonic involvement in the celebrations:

This unexpected intelligence was on Saturday morning received here, by all descriptions of people, with a sort of enthusiastic fervour, and spread itself with the rapidity of lightning.

The bells of the different churches were immediately set a ringing; and about noon, the FREE-MASONS, as a token of loyalty, and to express their satisfaction at the event, hoisted their elegant, provincial standard upon the cupola of the Town-hall, where its undulating motions, in the face of the sun, produced a very pretty and pleasing effect.

A few days later, to celebrate the ratification of the Preliminary Articles of Peace, a somewhat less successful attempt was also reported:

…an illumination which nothing short of an event so highly gratifying could have commanded.

Several transparencies and appropriate devices were exhibited, the most striking of which, in point of design, appeared at the centre window of Free MASONS’ HALL; but as a transparency for which it was intended it had no effect, owing to the opacity of some of the colours the painter made use of; nor did the many candles placed before it throw much light on the subject, though it proved sufficient for us to trace out the design, which was expressed by several angels, under the Omniscient Eye, occupying themselves in the service acceptable to their Creator, as bringing PEACE and REWARD to the good on earth, represented by three, in descending attitudes, bearing a coronet, a cornucopia, and a branch of palm; as likewise in carrying the actions and prayers of the just to heaven, shewn by the fourth, in bearing a pot of incense to the sky, whilst the fifth was uncovering the monument of KING CHARLES the FIRST, to lay open, as it were, the good actions of one of the best of Princes, to that God who will reward them.

At a little distance from the monument was placed HARPOCRATES, the God of SILENCE, holding one of his fingers on his mouth, indicating the influence which that virtue has over the FREE-MASONS; and in allusion to that laudable secrecy which was observed by Administration in conducting Negociation [sic] for Peace. Had the painting kept pace with the design, this picture would have produced a grand effect.

Well, they tried with the best of intentions. As an interesting historical aside, the Masonic Hall concerned is within part the eastern tower of the ancient Lewes Castle.