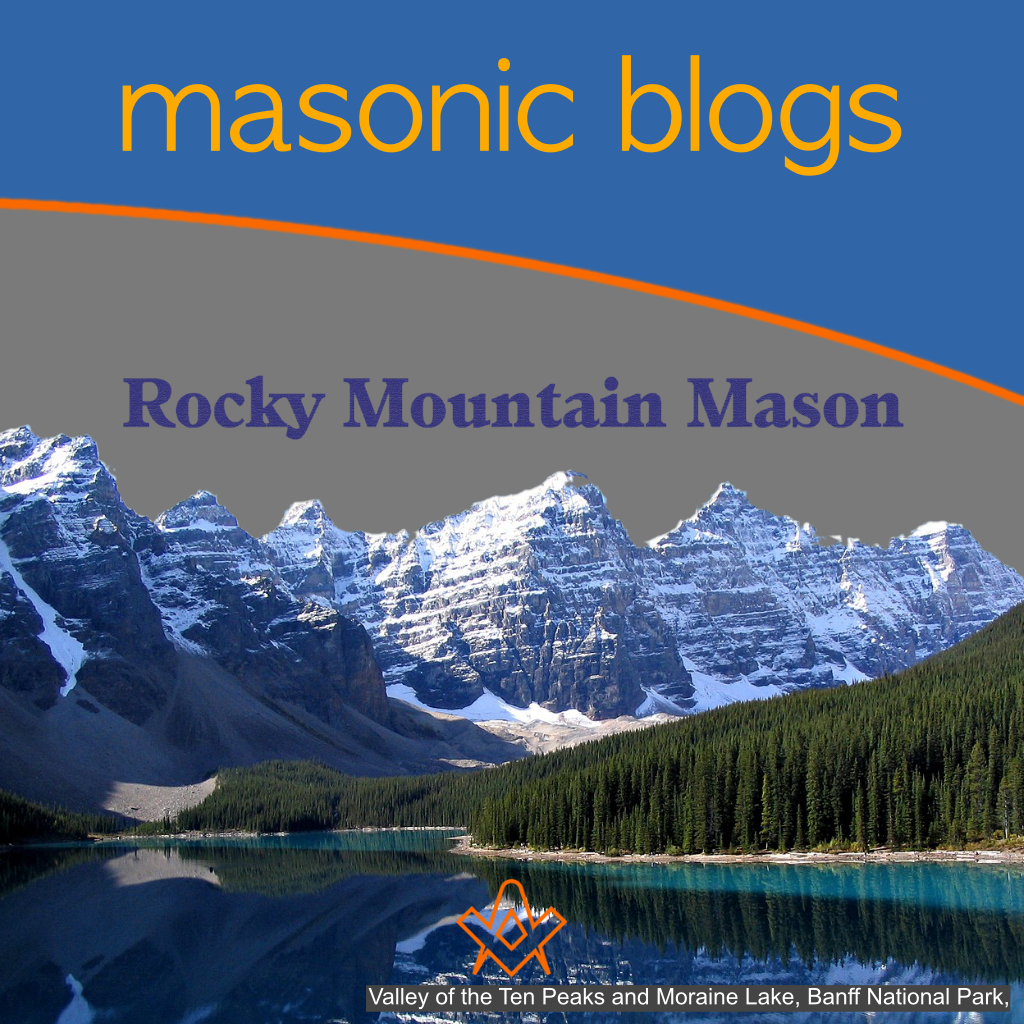 At The Square, we actively seek out other interesting, thought-provoking magazines, websites, blogs, writers, books/products, and other creative endeavours – our mission is the sharing of Masonic knowledge to all Freemasons across the globe.

Each month we highlight a different source of that knowledge.

This month we discover Rocky Mountain Mason – the home to the magazine and blog of the same name, and their publishing imprint Laughing Lion.

The Rocky Mountain Mason is an independent quarterly publication for Freemasons containing articles of interest to Freemasons in general as well as Masonic history, philosophy, esoterica, and current events.

A magazine by Freemasons, for Freemasons, the Rocky Mountain Mason has been published since March, 2013.

Below you can read the story of Rocky Mountain Mason, whose staff is made up of Ben Williams (Publisher and Editor-in-Chief), Editor Patrick Dey, Pablo Colomban is Art Director, and of course their diverse range of contributors:

The first issue of the Rocky Mountain Mason was published in March, 2013, although the idea for a Masonic magazine was explored several years earlier.

Working with a couple of Brothers from Colorado Springs, our Publisher, Ben Williams, who had worked for a publisher of a number of magazines in Telluride, Colorado, incorporated Laughing Lion, LLC, and put together a proposal for a Masonic magazine to be printed in Colorado and distributed nationally.

The magazine (which was originally titled The Esoteric Mason) was put on hold, however, after one of the original team absconded with the layout, budget, and proposal, and launched a competing brand!

After a year or two, and a corporate reshuffle, Laughing Lion opted to create the Rocky Mountain Mason – a general interest magazine for Freemasons featuring a wide range of content. For the first few years, Ben put the magazine together entirely singlehandedly. If you see an article in a back issue without a by-line, chances are our publisher wrote it!

From these humble beginnings, the Rocky Mountain Mason is now in its seventh year and Laughing Lion is relaunching its original publication, The Esoteric Mason, in June, 2020.

Laughing Lion, LLC, is a publisher of Masonic titles and seller of small-quantity, high-quality specialty items.

Other titles published by Laughing Lion include The Esoteric Mason and Transactions of Research Lodge of Colorado.

What follows is an extract from a blog via Rocky Mountain Mason, from June 2020, written by Ben Williams – although it is from last year, it is still pertinent to where we still find ourselves this year with regard to the division and unrest currently exploding across the world.

You can read the whole article by clicking the links – and while you are there, read the backlist!

Unthinkingness – when did Masons stop thinking for themselves?

Having been moderating our Facebook page for over five years now, I am constantly surprised by the vitriolic divisions enforced online.

This is shocking among a population as a whole – a population that seems unable to peaceably disagree and explore contrary opinions – but it’s downright unacceptable among Masons.

If you get bored one day, head to our Facebook page and explore some of the posts there. You can see the ones that are controversial by the sheer number of comments. I promise you won’t be uninterested.

One thing about these conversations (if you can call them that) is they’re memorialized. They remain. You can see one and then, a couple weeks later, another. It’s interesting to note how one side will take up arguments contrary to their own previous positions (arguments in fact made by the other side) when defending a contextual inference they happen to agree with, and then flip to the other side when attacking an inference they don’t agree with.

Each side sounds identical to the other; the arguments are completely contradictory to each other when the inference is removed – the only difference is the subject matter. Thus we see the same voice in two mouths.

Worst of all, most of these arguments are not novel. They don’t belong to the expositor, they don’t originate from any considered particular. They belong to someone else. These arguments are rehearsed, canned, and automatic. They’re hashed into the psychology of reinforced opinion, recycled, filled with pretence and self-entitlement, and then paraded out at an opportune time to frame the grandstand. The problem is not contrariness. The problem is lack of originality.

The most salient example of this is, not surprisingly, manifested in the topics of “politics” or “religion”. If a post is shared for interest’s sake, and not to endorse or espouse any particular opinion, people will readily see what they desire and grandstand opinions that are already frustrating them. A post about the influence of Baghdad in the dark ages somehow becomes an endorsement of Islam. A post of a man wearing a Masonic pin in the Whitehouse Pressroom suddenly becomes an endorsement of the current administration.

Grabbing hold, one side or the other jumps on the chance to decry “politics” or whatnot. Charges of unmasonic conduct are raised by all the opponents. Examples of exceptions to the rule; “not in tyled Lodge”, “the Green Dragon Tavern”, etc. etc.; emerge from the proponents. But then the arguments flip 180º when the positions are reversed. The irony of this – and the salience of such flim-flam inconsistency – underscores the emotionality driving discussion in the modern age: The lack of any considered, original thinking.

The Rocky Mountain Mason posts eclectically. We’re staunchly opposed to the political divide (believing that the left and right wings are just two appendages necessary to keep aloft the same beast). Thus we post things of interest, without consideration as to which “side” the post might be inferred to fall on (usually by its opposition). So there are remarkable examples of this flim-flam switcheroo on our feed. We’re variously attacked and extolled by Brethren on the “left” and the “right”, in almost identical fashion (even though its entirely self-contradictory) depending on who decides to oppose what.

Beside the obvious absurdity of such a situation, the question is begged: when did Masons become so incapable of reasoned discussion?

When did Masons stop thinking for themselves?

TO FIND OUT WHEN…READ THE FULL ARTICLE HERE!

Possibly one of the most thought-provoking blogs dedicated to Freemasonry for men and women is to be found on the website of Universal Co-Masonry . There are a wealth of subjects authored by a host of superb contributors

Geeg Wiles, Master Mason and the caretaker of Captain Ahab, a three-foot-tall, forty-pound, bright yellow fisherman / wannabe pirate, who has been also accepted by our brother masons to help with LOIs and other educational needs of our fraternity.

In this month's issue we look at the news website and blog of El Francmasón – a digital newspaper for Spanish-speaking Freemasons.