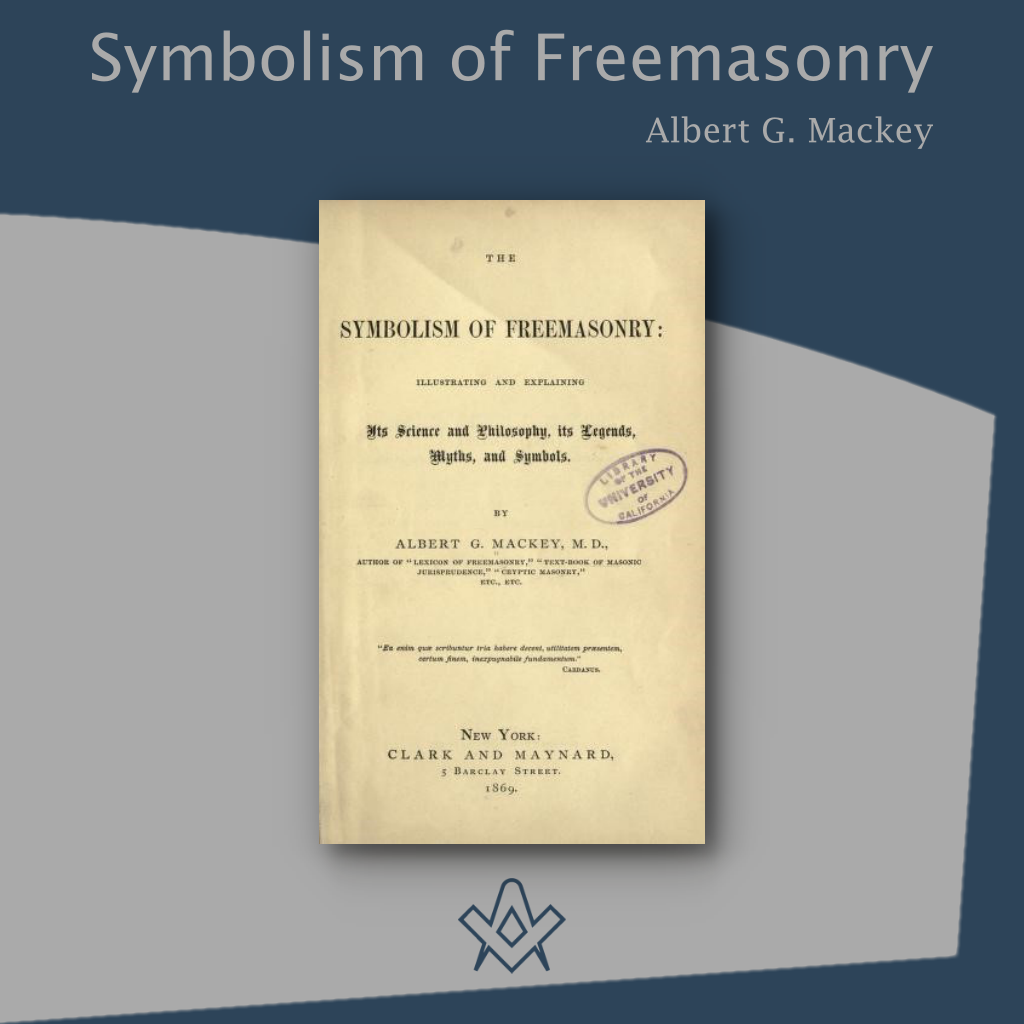 The Symbolism of Freemasonry: Illustrating and Explaining Its Science and Philosophy, its Legends, Myths and Symbols.

Of the various modes of communicating instruction to the uninformed, the Masonic student is particularly interested in two; namely, the instruction by legends and that by symbols.

All its mysteries and its dogmas, which constitute its philosophy, are intrusted for communication to the neophyte, sometimes to one, sometimes to the other of these two methods of instruction, and sometimes to both of them combined.

The Freemason has no way of reaching any of the esoteric teachings of the Order except through the medium of a legend or a symbol.

The object of the Masonic legends;
is not to establish historical facts,
but to convey philosophical doctrines.

A legend differs from an historical narrative only in this—that it is without documentary evidence of authenticity.

But neither the possibility of truth in the one case, nor the certainty of falsehood in the other, can remove the traditional narrative from the class of legends.

It is a legend simply because it rests on no written foundation. It is oral, and therefore legendary.

In grave problems of history, such as the establishment of empires, the discovery and settlement of countries, or the rise and fall of dynasties, the knowledge of the truth or falsity of the legendary narrative will be of importance, because the value of history is impaired by the imputation of doubt.

But it is not so in Freemasonry. Here there need be no absolute question of the truth or falsity of the legend.

The object of the Masonic legends is not to establish historical facts, but to convey philosophical doctrines.

They are a method by which esoteric instruction is communicated, and the student accepts them with reference to nothing else except their positive use and meaning as developing Masonic dogmas.

Take, for instance, the Hiramic legend of the third degree.

Of what importance is it to the disciple of Masonry whether it be true or false?

All that he wants to know is its internal signification; and when he learns that it is intended to illustrate the doctrine of the immortality of the soul, he is content with that interpretation, and he does not deem it necessary, except as a matter of curious or antiquarian inquiry, to investigate its historical accuracy, or to reconcile any of its apparent contradictions.

So of the lost keystone; so of the second temple; so of the hidden ark: these are to him legendary narratives, which, like the casket, would be of no value were it not for the precious jewel contained within.

Each of these legends is the expression of a philosophical idea.

But there is another method of Masonic instruction, and that is by symbols.

No science is more ancient than that of symbolism. At one time, nearly all the learning of the world was conveyed in symbols.

And although modern philosophy now deals only in abstract propositions, Freemasonry still cleaves to the ancient method, and has preserved it in its primitive importance as a means of communicating knowledge.

According to the derivation of the word from the Greek, ‘to symbolize’ signifies ‘to compare one thing with another’.

Hence a symbol is the expression of an idea that has been derived from the comparison or contrast of some object with a moral conception or attribute.

Thus we say that the plumb is a symbol of rectitude of conduct. The physical qualities of the plumb are here compared or contrasted with the moral conception of virtue, or rectitude.

Then to the Speculative Mason it becomes, after he has been taught its symbolic meaning, the visible expression of the idea of moral uprightness.

But although there are these two modes of instruction in Freemasonry,—by legends and by symbols,—there really is no radical difference between the two methods.

The symbol is a visible, and the legend an audible representation of some contrasted idea—of some moral conception produced from a comparison.

Both the legend and the symbol relate to dogmas of a deep religious character; both of them convey moral sentiments in the same peculiar method, and both of them are designed by this method to illustrate the philosophy of Speculative Masonry.

To investigate the recondite meaning of these legends and symbols, and to elicit from them the moral and philosophical lessons which they were intended to teach, is to withdraw the veil with which ignorance and indifference seek to conceal the true philosophy of Freemasonry.

To study the symbolism of Masonry is the only way to investigate its philosophy.

This is the portal of its temple, through which alone we can gain access to the sacellum [small shrine] where its aporrheta are concealed.

Its philosophy is engaged in the consideration of propositions relating to God and man, to the present and the future life.

Its science is the symbolism by which these propositions are presented to the mind.

The work now offered to the public is an effort to develop and explain this philosophy and science.

It will show that there are in Freemasonry the germs of profound speculation.

If it does not interest the learned, it may instruct the ignorant. If so, I shall not regret the labor and research that have been bestowed upon its composition.

The Symbolism of Freemasonry:
Illustrating and Explaining Its Science and Philosophy, its Legends, Myths and Symbols