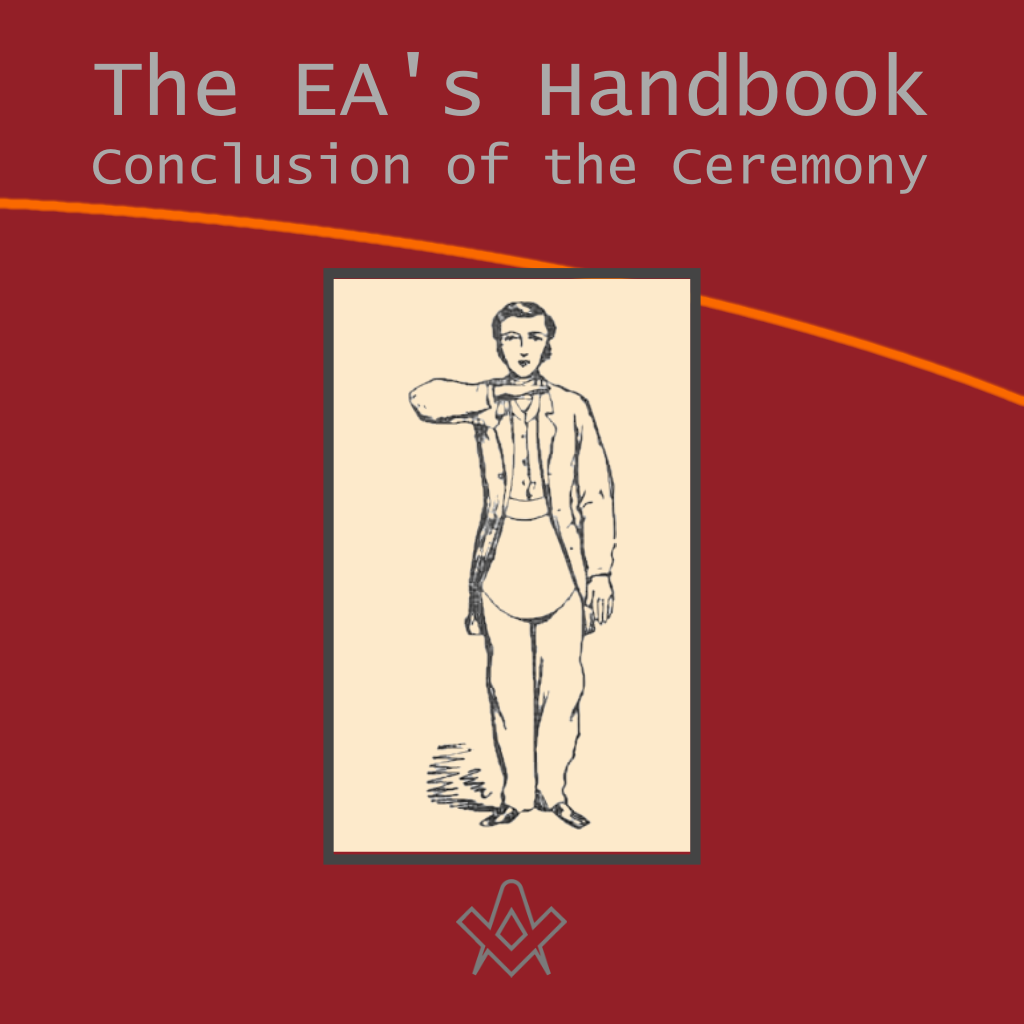 Having taken the first regular step the Candidate is given the Sign.

This he is told refers to the Penalty of his Obligation, and no doubt it does, but it also seems to refer to something much more startling.

CHAPTER VI – Conclusion of the Ceremony

The part of the body indicated has always been regarded as an important occult centre.

In some strange way, the laws of which are but little understood, it has always been associated with the phenomena known amongst psychic students as Materialisations.

As, however, this subject lies somewhat outside our theme, we will discuss the point no further.

But all our Penalties have a striking analogy to the legend of the creation of man as given by the Hindoo sages.

From Brahma sprang all four castes. From His head came the Brahmins, from His Breasts the Kshatra, or fighting caste, from His Belly, the peasants, and from His feet, the Sudras. 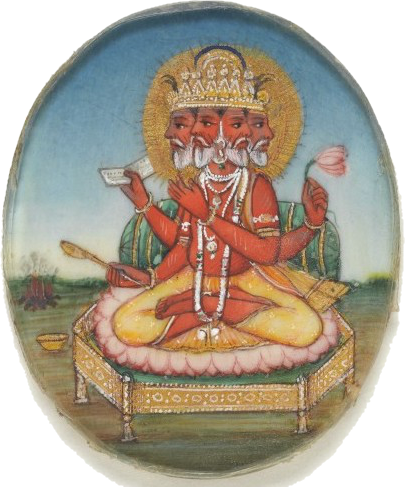 The latter were not true Arians, and were not twice born men; in other words, only the first three castes were regarded as really and truly admissible to the Temple of the High Gods, and free to participate in Their worship.

It will be noted that in this degree the sign suggests the cutting off of the first caste from those below.

This sign Bro. Major Sanderson suggests, was originally a mantra, or magic prayer, which must be most carefully guarded from the profane.

The token appears to be an arbitrary one, although it may possibly refer to a certain pillar.

Explanations of this, together with the meaning, derivation , and significance of the word, are reserved for the next volume, for reasons which will be obvious to those entitled to know them.

No doubt, however, the basic idea of both pillar and word is phallic, and other interpretations have evolved later.

Having received sign, word and token, the candidate is warned to be cautious and told how to receive a challenge, then, having been given strength to help him on his way, he is sent forth in order that the important lesson of caution may be implanted in his mind.

The testing by Junior Warden and Senior Warden are obviously of practical use, but I think that here also there is an inner meaning.

The Body and Soul test the Candidate to see that the lessons have been well and truly learnt; also there seems to be a definite astrological reference. 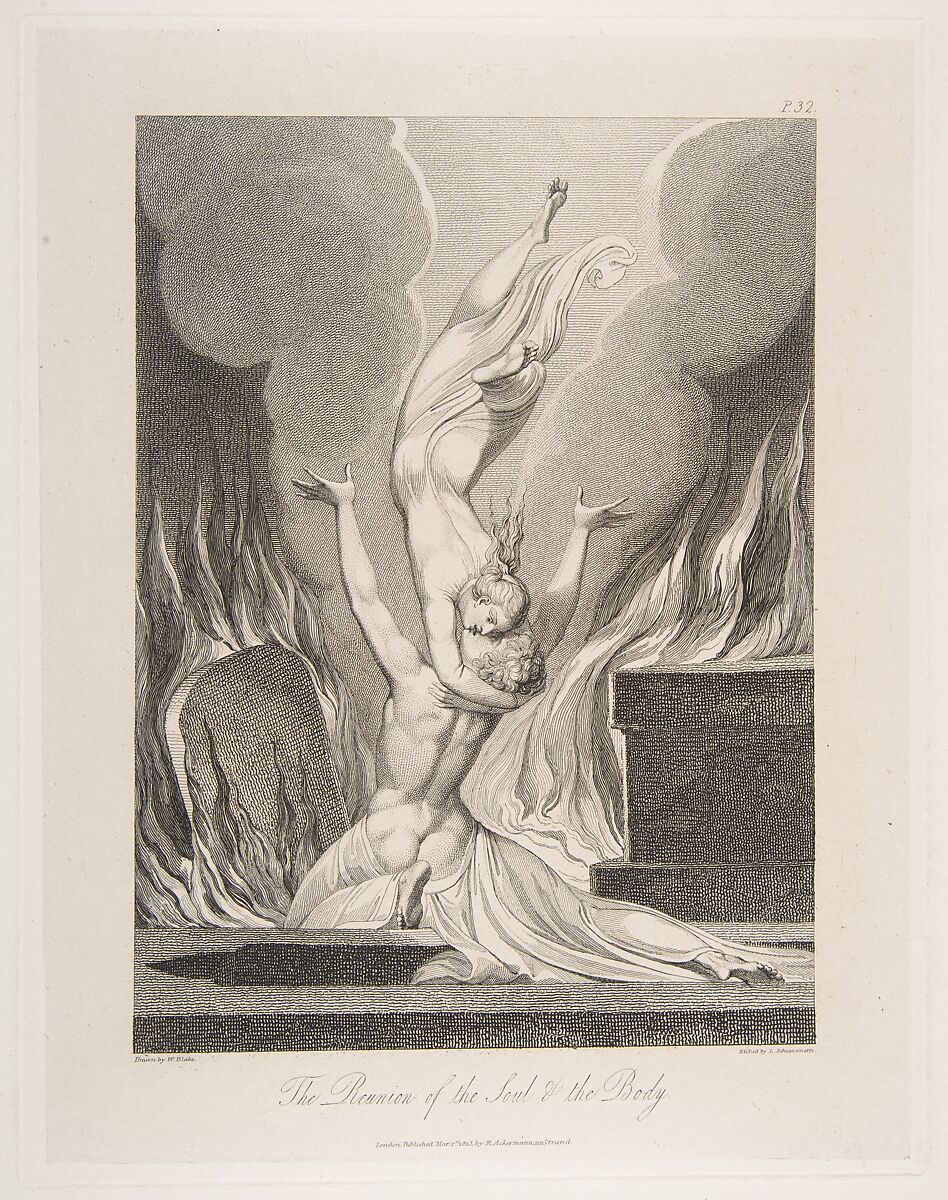 The Reunion of the Soul & the Body, from “The Grave,” a Poem by Robert Blair Artist: After William Blake (British, London 1757–1827 London)

Having satisfied these important officers, the Senior Warden asks for some special mark of favour.

That is, the Soul calls on the Spirit, but is told that it is the Soul which must invest the regenerate man with the outward signs of the change he has undergone.

This point has already been mentioned, but its deep significance must not be forgotten.

It may truly be said that it is the Senior Warden who sets the seal on the candidate’s initiation, and proclaims him as at length a member of the Order.

The address of the Senior Warden and the subsequent one by the Master, are fairly self-explanatory.

But one or two points deserve stressing. The reference to the antiquity of the apron refers mainly, of course, to its use among the Operatives, and implies the dignity of honest labour.

The present form of our apron is comparatively modern, but there is evidence that our predecessors, the Comacine Masons, wore aprons when they met in Lodge, and aprons have had a special significance among many religious systems.

[ The Comacine masters were early medieval Lombard stonemasons working in a region of excellent building stone who gave to Lombardy its preeminence in the stone architecture that preceded Romanesque style.

Thus some of the Chinese gods wear aprons , and I have a photograph of one (see The Hung Society, Vol. III., op. p. 122) and this “God” is making a certain high degree sign.

Among the ancient races of America the apron was also evidently used with a religious significance (see picture of the Toltec Preserver in “Freemasonry and the Ancient Gods”).

The address of the W.M. lays stress on the importance of not entering the Lodge if a brother is at variance with another. 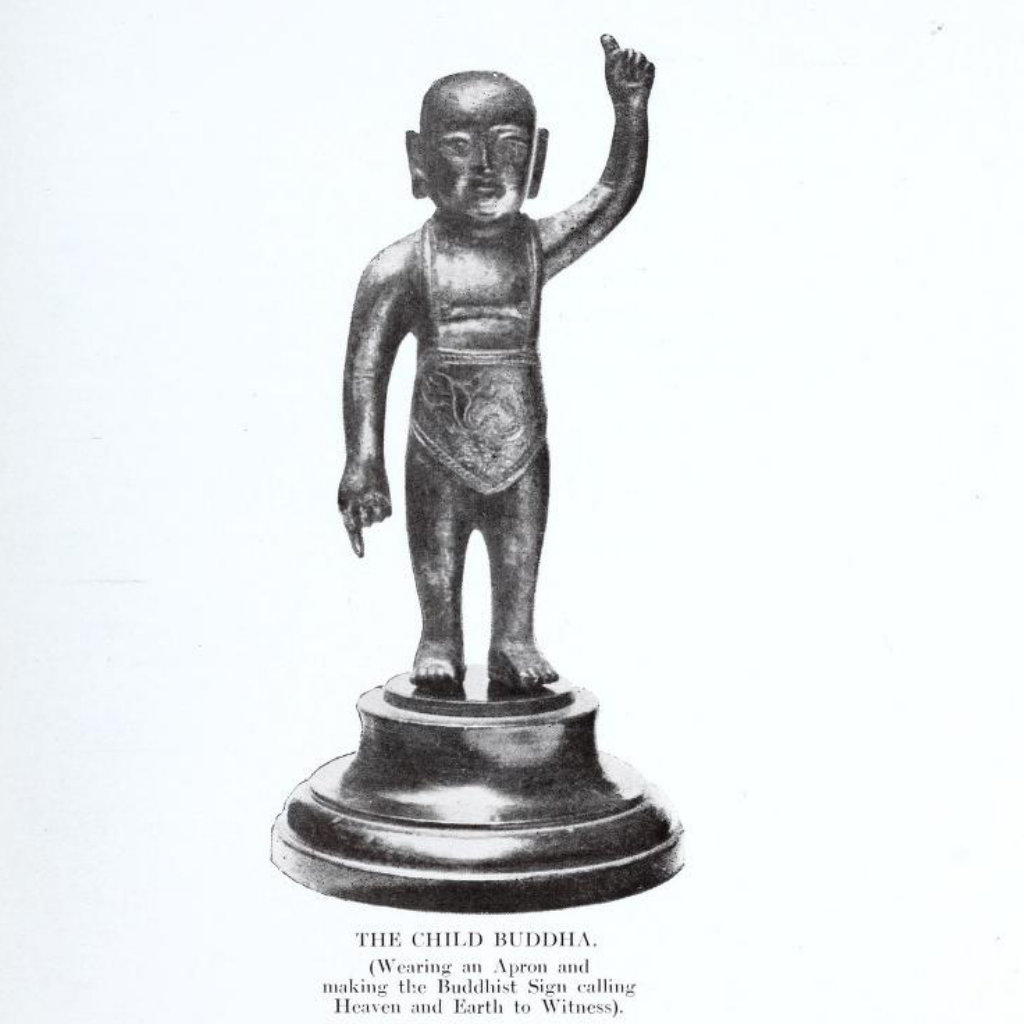 At first sight this may seem a somewhat unnecessary charge.

Normal, well conducted gentlemen are not likely to start an unseemly wrangle in Lodge , even if they are at enmity; and should two men so far forget the common decencies of life as to do so, the W.M. has ample power to deal with the situation.

The real significance of the injunction, however, is that it implies that the mere presence of two brethren who are at variance will disturb the harmonious atmosphere of the meeting.

This is a purely spiritual atmosphere, and the belief that such disturbance would occur without any open disagreement, is correct.

In short, such differences disturb the spiritual atmosphere, prevent concentration, and can be detected by sensitive individuals.

Every Lodge has an “atmosphere of its own,” and any sensitive man who comes to it can detect it.

I have myself noticed the different “atmospheres” of various lodges, and also variations in that of my own.

Too much regard therefore cannot be paid to this rule, and if ignored the Lodge will certainly suffer.

The Candidate is placed in the North East corner of the Lodge for the reason given in the ritual, but it is important to remember that he himself is building his own temple-a spiritual temple to the glory of God.

Why should the cornerstone be laid in the North East?

This was for a very practical reason; namely, so that the Operatives could work round with the Sun, and thus obtain the maximum amount of light.

Symbolically, it refers, of course, to the journey of the soul, which begins in the North enters life at the East, at birth, and so proceeds to the West, where death ends our day.

The position in which the Candidate stands is not only a square the emblem of rectitude and of God, but at the particular point he make a “lewis”, or angle clamp, which binds together the life which has been (in the North) and his future life (in the East). 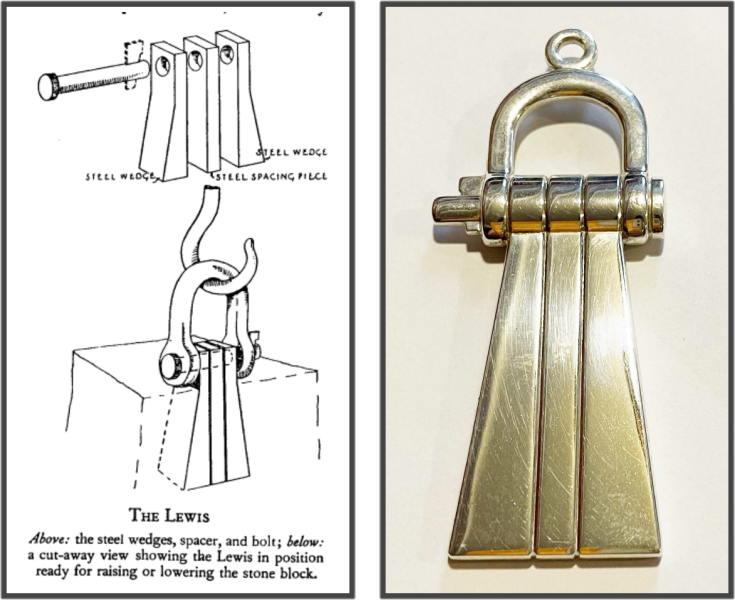 In physical life the North is pre-natal, but in the spiritual it is before we turned to better things.

Above all, such a clamp gives rigidity and strength to the corners, and assures stability.

It will be noted that this position in like manner makes a “footing stone”.

The testing of the candidate is explained, but perhaps I ought once more to remind my reader that it is absolutely essential that we should leave behind us the baleful gifts of the underworld and the canker of wealth, which destroy spirituality.

The lecture on the working tools explains itself. It appears to be mainly 18th century work.

He was born in what is now Belize. In 1908 he graduated from the University of Cambridge with honours in history, following in the footsteps of his father, Herbert Ward who had also studied in history before entering the priesthood in the Anglican Church, as his father had done before him.

John Ward became a prolific and sometimes controversial writer on a wide variety of topics.  He made contributions to the history of Freemasonry and other secret societies.

He was also a psychic medium or spiritualist, a prominent churchman and is still seen by some as a mystic and modern-day prophet.

Chapter 7 - The Legend - After the ceremonial investiture of the Candidate the W.M. continues the narrative of the traditional history. At least this is the case in most English workings, but in some Scotch workings the whole story is told first, and subsequently the Candidate and the other brethren act the chief parts. Perhaps one of the most important points to realise is the correct meaning of the name Hiram Abiff .

Chapter 6 - The Badge - On his re-entering the Lodge, the candidate is presented and in due course invested with the badge of a Master Mason by the S.W. The Badge itself, however, is full of symbolic meaning….

Chapter 5 - The Secrets. Having thus been brought into the place of light the Candidate is given not the genuine secrets, but only substituted ones. This fact must often have puzzled the Candidate. The practical reason given in the ritual, though perfectly intelligible to a Royal Arch mason (Companion) , cannot be the real one.

Chapter 4 - The Exhortation The opening part of the exhortation gives a convenient summary of the previous degrees and quite clearly indicates that the first inner meaning of the series is Birth, Life which is of course educational and preparatory for its sequel, and Death.

Chapter 3 - The Symbolical Journeys; We have seen in the previous books that the square and compasses are united on the pedestal in such a way as to form the Vesica Piscis, the emblem of the female principle, and the symbol of birth and rebirth. Hence symbolically the Candidate passes through the Vesica Piscis.

Chapter 2 - The Opening; a brief explanation of the teaching of the third degree as contained in the symbols by J.S.M Ward