Freemasonry in China has gone through many trials and tribulations, many brothers have been persecuted and killed for seeking the light of free thought and truth.

Trying to write about Freemasonry in China is not easy, since there is no complete documented history of Freemasonry for the region since its inception.

The Q∴ H ∴ George W. Chen, PGM, an illustrious Mason and a great scholar of Freemasonry in China, points out that whoever wishes to deepen the study of the Masonic history of Greater China, in general terms, can do so by trying to follow the division into three periods, namely:

The first period goes from 1767 to 1949, mainly studying the existence of lodges in China that functioned under foreign jurisdictions.

The second from 1930 to 1949, whose study focuses on the development of Freemasonry among the Chinese people.

The third period is onwards of 1949 and highlights the study of the occupation and seizure of power by communism and its actions with respect to Freemasonry.

Chinese culture, millenary in wisdom, provides us with insights into how the work of great and venerable Masonic brothers has contributed to keeping alive the light of universal Freemasonry.

The Grand Lodge of China 中國美生總會 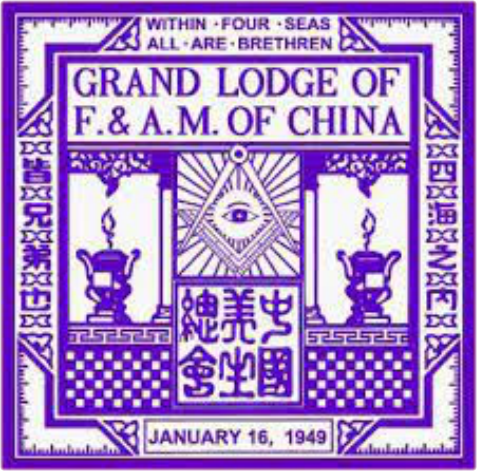 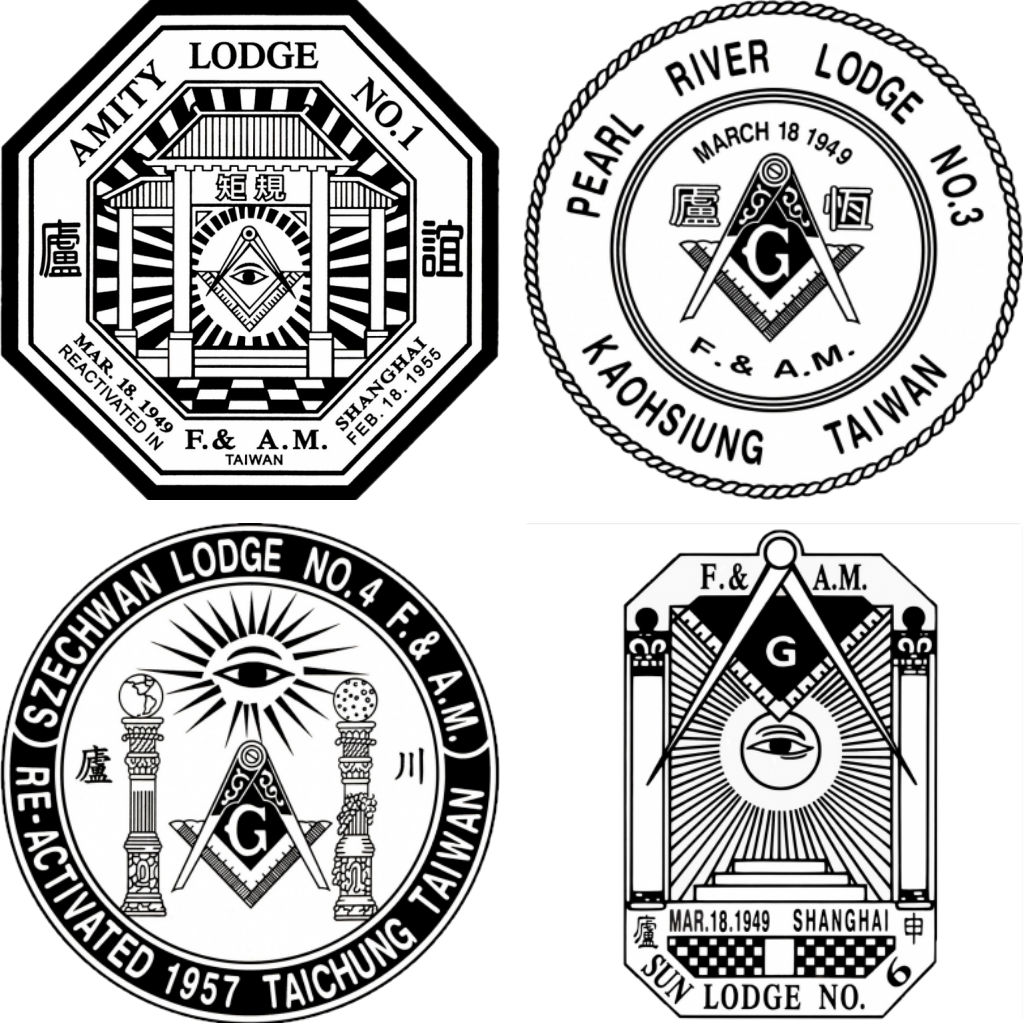 With the establishment of the Grand Lodge of China, the American, English, Scottish and Irish lodges existing in the eastern country, approached it to seek permission that would allow them to continue operating, which was granted on the condition that they will accept no Chinese citizen to be initiated or affiliated with their Masonic degrees.

The Grand Lodge of China moved to Hong Kong managing to stealthily carry some files and insignia, all thanks to the efforts of who was its first Grand Master the Q∴ H∴ MW Bro. David K. Au.

The archives and insignia were brought to Taiwan in 1954 and the Grand Lodge of China was reactivated in Taipei in 1955. 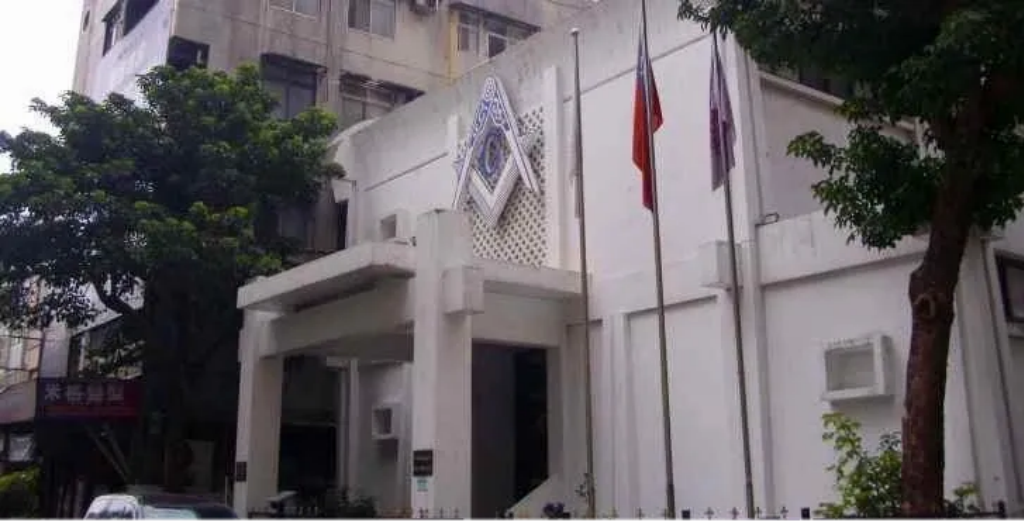 It is historically interesting to note that in addition to the Grand Lodge of China and its six subordinate Lodges, the formation of a Square & Compasses Club was also established in Taiwan in early 1951, at the initiative of a group of Brother Masons.

His inauguration dinner was attended by more than thirty Master Masons, becoming the first Masonic organization in Taiwan, which may well be called the “Cradle of Mason”, as a bastion of free China.

Years later the Square & Compasses Clubs were formed in places like Tainan in 1956 and in Taichung in 1965.

As a Masonic activity of the Square & Compasses Club, the unanimous approval of its members stands out for the creation of a lodge in Taiwan, an initiative of the Q∴ H∴ Herbert Schenck (Head of USAID, Taiwan).

This request was sent to the Grand Lodge of China and Grand Master MW Bro. TF Wei, in the company of other illustrious and powerful brothers, arrived in Taipei from Hong Kong in August 1952, to consecrate the Lodge that would be called Liberty Lodge No. 7, which received its Letter on November 17, 1956. 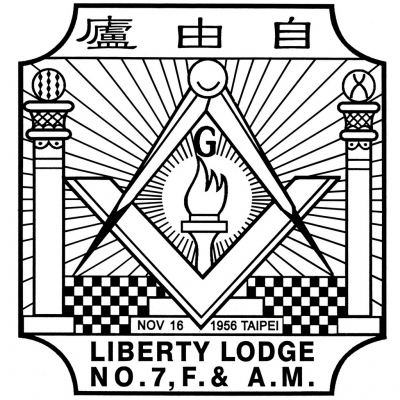 During the year 1961, a group of Masonic brothers commented on the importance and need for the Masonic Ritual of the First Three Degrees to be translated into the Chinese language, all of which culminated with success after an arduous task of almost thirteen years. 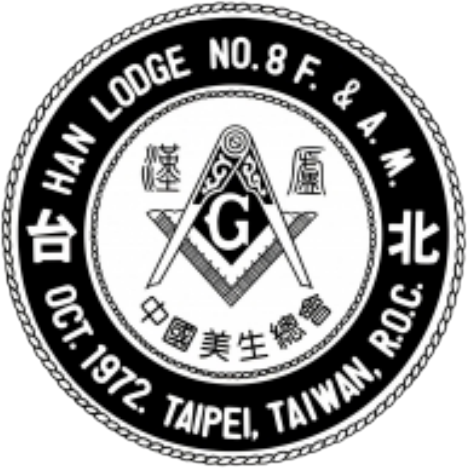 Han Lodge No. 8, with a letter dated October 26, 1972, works its Ritual in Chinese language, being an exemplary Lodge that fills the Chinese Masons scattered across the face of the earth with pride.

The Grand Lodge of China, in its first days had only established fraternal relations with it twelve Great Foreign Jurisdictions, among them were the Grand Lodge of the Philippines, California, Michigan, Brazil, Panama, Belgium, Greece, among others. 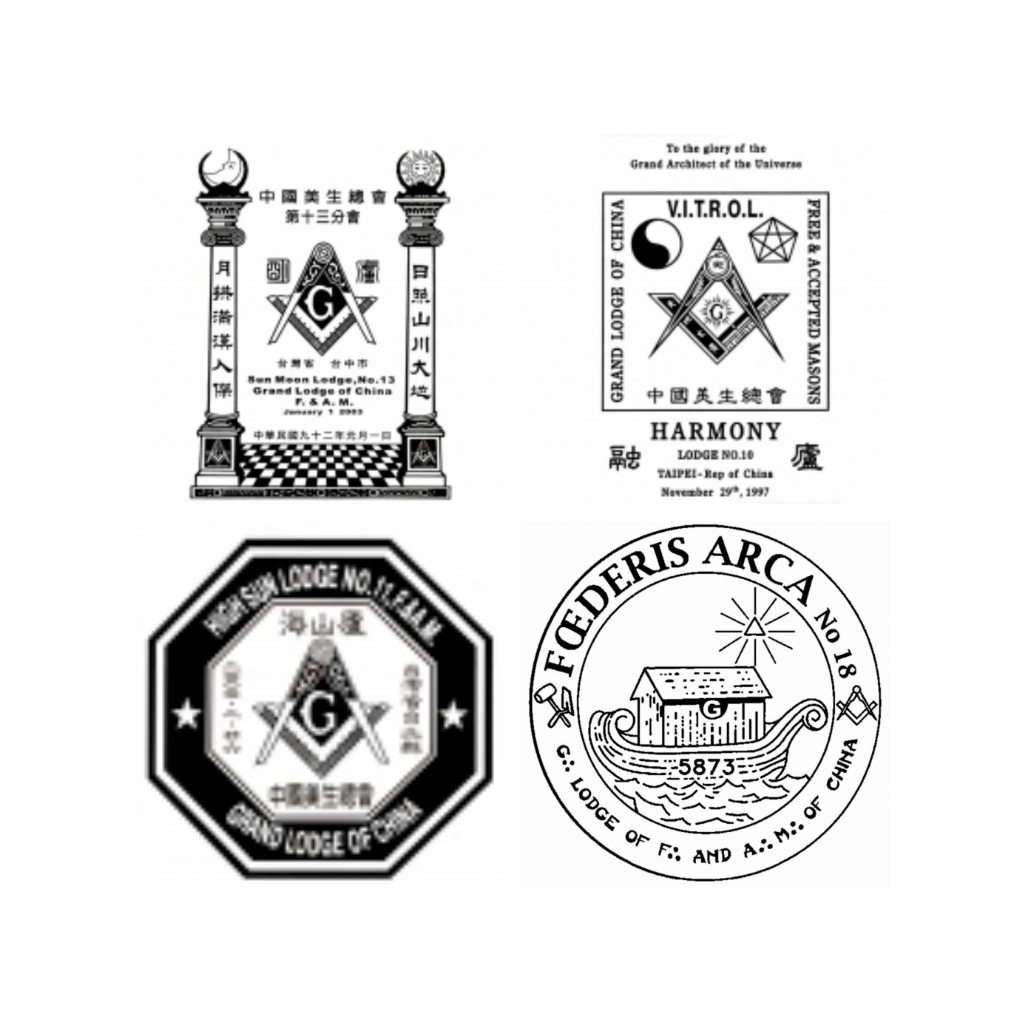 Masonic Activity before the Creation of the Grand Lodge of China

Before the creation of the Grand Lodge of China, there were authorized Lodges in China under Foreign Jurisdictions, which functioned mainly for the work of foreign Masons.

Free and Accepted Freemasonry was first introduced in China by Amity Lodge No. 407, under the English Constitution in Canton, Kwangtung Province in 1767.

Later in 1788, the Lodge Elizabeth continues with the Masonic work in China, under the Swedish Constitution.

Both Amity Lodge No. 407, and Lodge Elizabeth, ceased operations after the late 18th century.

After a long period of Masonic silence in Greater China, during the year 1844, the United Grand Lodge of England authorized the Royal Sussex Lodge No. 735, which held its meetings in Kwangtung Province, in the city of Canton.

By way of historical data, some of the American Lodges in China operating under the Massachusetts Constitution were:

The Sinim Lodge, under a special dispensation, is currently operating in Tokyo, Japan.

It is important to point out that many of the lodges that once operated in China did so under the Jurisdiction of Foreign Masonic Powers, for a period of more than two hundred years.

Membership in foreign Lodges was limited exclusively to specific foreign citizens and Masons.

It was not until 1930 that a group of American and Chinese Master Masons, all initiated abroad, decided to form a Lodge in Shanghai for the purpose of initiating Chinese citizens and aspirants into Freemasonry. 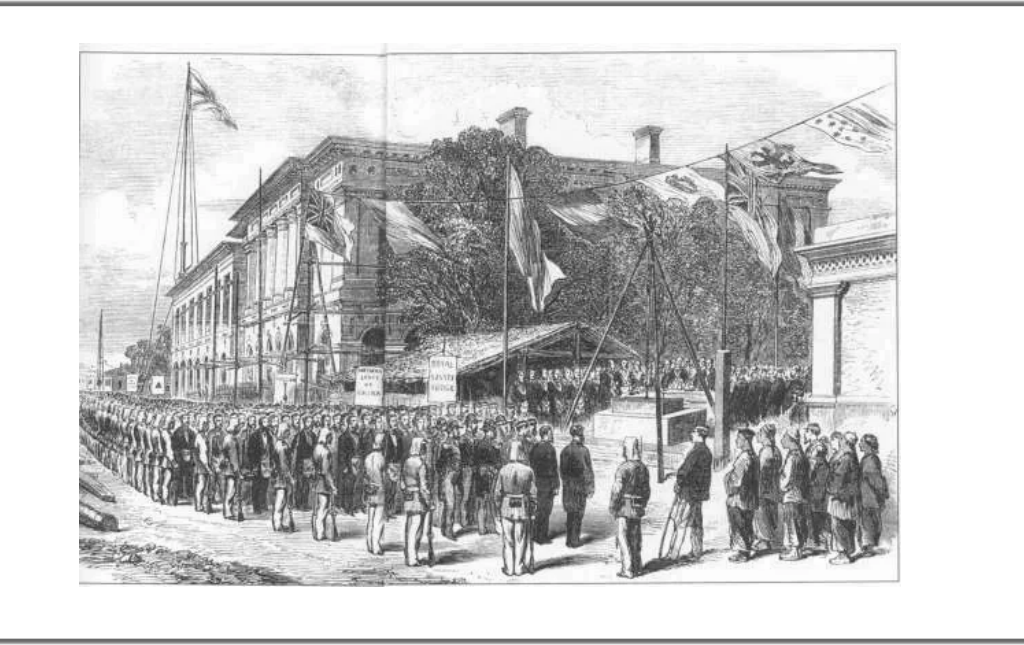 Laying the foundation stone of the Masonic Hall at Shanghai, from The Illustrated London News, 1865

All these dear brothers were members of Lodges in the USA except for Brother Chow who belonged to a British Lodge in Jamaica.

The brothers who founded the first Masonic Lodge in China requested a dispensation to the Grand Lodge of Massachusetts, which was denied.

The first Lodge to receive its Letter from the Grand Lodge of China was Amity Lodge No. 106, in Shanghai, on January 27, 1931.

During the 1930s, and under persistent Japanese aggression, later added to Pearl Harbor, Chinese Freemasonry fell into obscurity throughout the Far East.

Years later, a group of brave Master Masons in Free China formed the Square & Compasses Club, requesting in 1943 a dispensation from the Grand Lodge of California to form a Lodge, a dispensation that was approved, thus founding in 1943 the Fortitude Lodge UD in Chungking, which worked for a few years.

To conclude, I want to thank very fraternally my very Dear Brother Kail Tseng, Grand Secretary, Grand Lodge of F & AM of China, for your help in the requested historical documentation.

Image credits: Unless otherwise stated, images and emblems are via The Grand Lodge of China website http://www.freemason.org.tw/index.php

More information on the lodges can be found at http://www.freemason.org.tw/index.php/lodges-en

The Freemasons in China 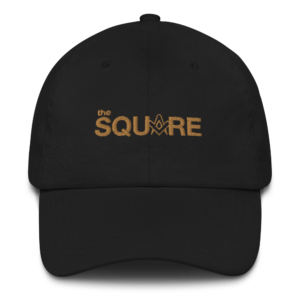