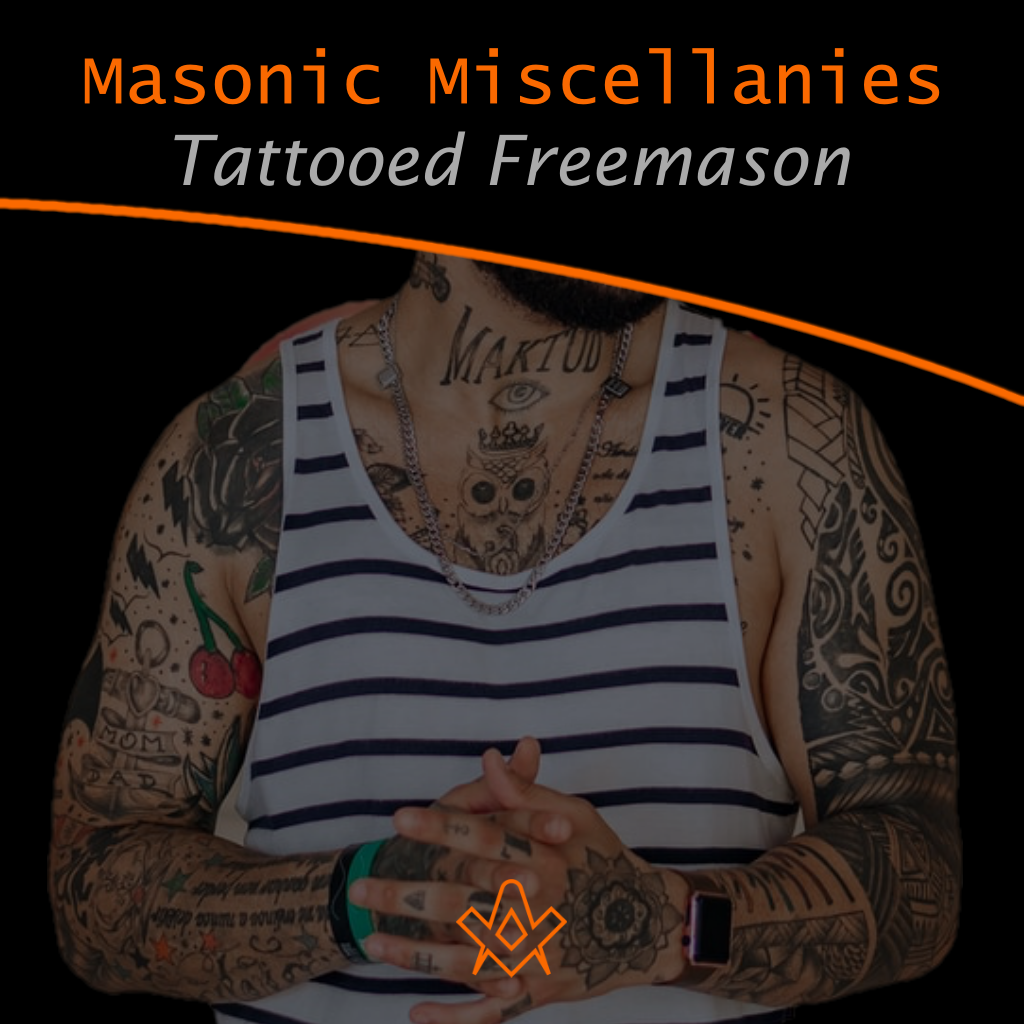 In 1849, the body of a drowned man was found in the Bay of San Francisco – what they discovered was amazing.

Whilst researching another article, I stumbled over this fascinating piece from a New Zealand periodical from February 1871*.

The piece appeared to have been reproduced from the ‘Philadelphia Age’, which I’m assuming was another newspaper or magazine of the era.

The Bruce Herald reported the mysterious story of ‘A Tattooed Freemason’ – it relayed that in 1849, the body of a drowned man had been found in the Bay of San Francisco and on examination of the body, not only was a Masonic silver token but his body was adorned with Masonic tattoos!

He was then given what is believed to be the first Masonic funeral within the state of California.

I have transcribed the piece as best I can (see original image) and will now go on to try and track down the original article and/or any further information regarding the event.

If anyone knows more, please do get in touch – editor@thesquaremagazine.com – it would be touching to be able to identify the tragic Mason.

(From the ‘Philadelphia Age’.)

The first masonic funeral that ever occurred in California took place in 1849, and was performed over a brother found drowned in the Bay of San Francisco.

An account of the ceremonies states that on the body of the deceased was found a silver mark of a mason, upon which were engraved the initials of his name.

A little further investigation revealed to the beholder the most singular exhibition of masonic emblems that was ever drawn by the ingenuity of man upon the human skin.

There is nothing in the history or traditions of Freemasonry equal to it.

Beautifully …… upon his left arm, in red and blue ink, which time could not efface, appeared all the emblems of the entire apprenticeship.

There were the Holy Bible, square and compass, the twenty-four inch gauge and common gavel.

There were also the masonic pavement, representing the ground floor of King Solomon’s Temple, the identical tessel which surrounds it, and the blazing star in the centre.

On his right arm, and artistically executed in the same indelible liquid, were the emblems pertaining to the fellow-craft’s degree, viz, the square, the level and the plumb.

There were also the five columns representing the five orders of architecture — the Tuscan, Doric, lonic, Corinthian, and Composite.

In removing his garments from his body, the trowel presented itself, with all the other tools of operative masonry.

Over his heart was the pot of incense.

On the other parts of his body were the beehive, the book of constitutions, guarded by the Tyler’s sword pointing to the naked heart; the All-seeing eye, the anchor and ark, the hour-glass, the scythe, the forty-seventh problem of Euclid, the sun, moon, stars, and comets; the three steps which are emblematical of youth, manhood, and age.

Admirably executed was the weeping virgin, reclining on a broken column upon, which lay the book of constitutions.

In her left hand she held the pot of incense, the Masonic emblem of a pure heart, and on her uplifted hand a sprig of acacia, the emblem of the immortality of the soul.

Immediately beneath her stood winged Time, with his scythe by his side, which cuts the brittle thread of life, and the hour-glass at his feet, which is ever reminding us that our lives are withering away.

The withered and attenuated fingers of the Destroyer were placed amid the long and flowing ringlets of the disconsolate mourner.

Thus were the striking emblems of mortality and immortality blended in one pictorial representation, it was a spectacle such a Mason never saw before, and in all probability such as the fraternity will never witness again.

The brother’s name is unknown.

INTERESTING FACT: The Bruce Herald was published at Milton from 1864 to 1971.

It was one of New Zealand’s longest running country newspapers, ceasing publication on 7 October 1971.

TThe Level and the Square (A Poem) - "We meet upon the Level, and we part upon the Square, –