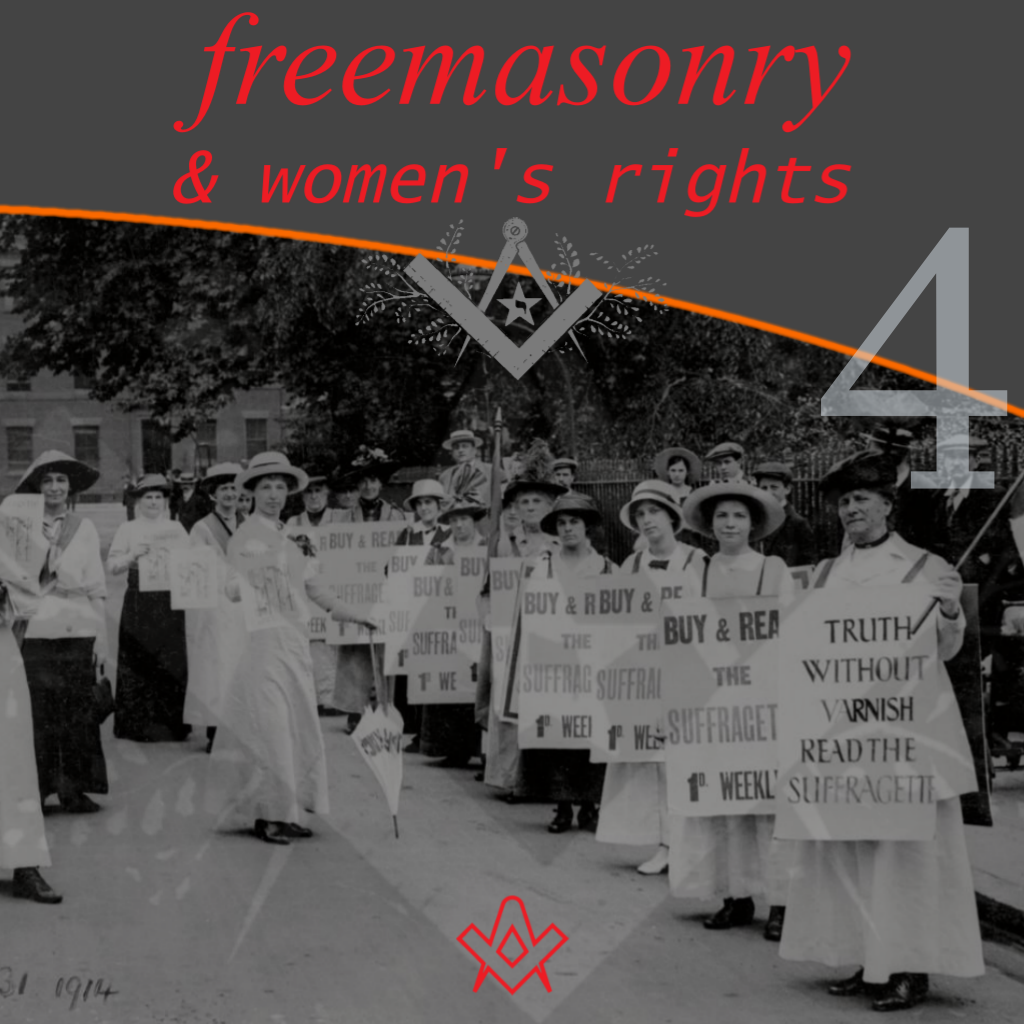 Following on from our previous articles on Freemasonry and Women’s Rights, we explore how Freemason and Lord Chancellor, John, 1st Viscount Sankey, ruled in a landmark case that women were indeed ‘persons’.

His contribution to the emancipation of women – and human rights in general – are something to be celebrated.

He was a British lawyer, judge, Labour politician and Lord High Chancellor of Great Britain and famous for many of his judgments in the House of Lords.

He is probably most well-remembered for giving his name to the Sankey Declaration of the Rights of Man (1940) but it was his involvement in the case of Edwards v. Canada (Attorney General)  (aka the ‘Person’s Case’), that interests us with regards to our subject of Freemasonry and Women’s Rights.

Sankey’s education began at Lancing College, Sussex, later going up to Jesus College, Oxford, graduating with a second-class BA in Modern History in 1889, and a third-class Bachelor of Civil Law degree in 1891.

He gained the title of Baron Sankey in 1929, on his appointment as Lord Chancellor in Ramsay MacDonald‘s Labour government. He was one of the few Labour politicians to follow MacDonald into the National Government in 1931, and served as Lord Chancellor until 1935, when Stanley Baldwin re-entered office.

In 1932 he was created Viscount Sankey, of Moreton in the County of Gloucester.

Several years after passing the bar, Sankey embarked on an active career in Freemasonry.

He joined Prince Llewellyn Lodge No. 2570, Cardiff, in 1897 at the age of 30. He was initiated in June, Passed in October and Raised in December of that same year. He resigned in January 1910.

He was also a co-founder of several lodges:

The ‘Persons Case’ and the ‘Famous Five’

Several of Sankey’s judgments in the House of Lords have become landmark statements of law.  Edwards v. Canada (Attorney General) (often referred to as the ‘Persons Case’) dealt with the eligibility of women to be appointed to the Canadian Senate.

In 1927, five prominent Canadian suffragists – known variously as the Famous Five (Célèbres cinq), ‘The Valiant Five’, and initially ‘The Alberta Five’ – petitioned the Canadian Federal Government to consider the eligibility of women to become senators to the Supreme Court of Canada.

The petition was to become the foundation for the Persons Case, which would herald a landmark constitutional decision. 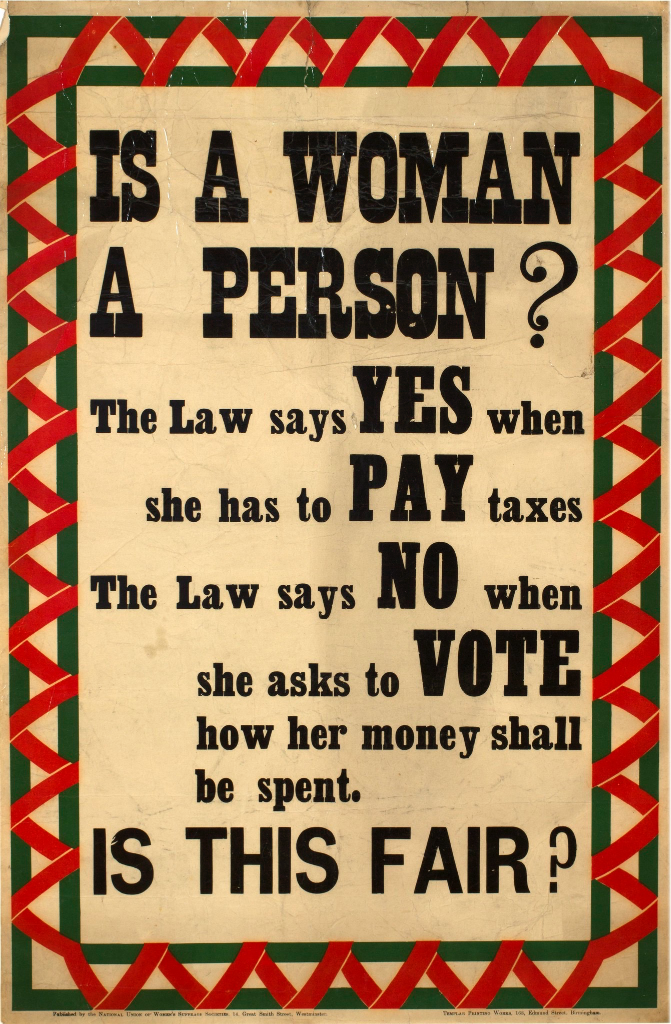 The background for the case arose from a situation in 1916, when a group of women led by activist Emily Murphy  attempted to attend a trial of Alberta women accused of prostitution.

They were removed from the courtroom on the grounds that the testimony was ‘not fit for mixed company’.

Emily Murphy was furious and appealed to Charles Wilson Cross, the Attorney General of Alberta, arguing that:

‘If the evidence is not fit to be heard in mixed company, then … the government … [must] set up a special court presided over by women, to try other women.’

Amazingly, the AG agreed and duly appointed her as magistrate.

However, on day one her authority to preside as a judge was challenged by a lawyer; his argument was that women were not considered to be ‘persons’ under the British North America Act, which meant that they could not hold such a position.

The following year, in 1917, the Supreme Court of Alberta ruled that women were persons but that held only within Alberta.

So, Emily Murphy then decided to test the issue in the rest of Canada; her name was put forward to Prime Minister Robert Borden as a candidate for Canadian Senator.

His rejection ensued – on the grounds that women were not ‘persons’.

A petition was created, and signed by nearly 500,000 Canadians, who asked that Emily be appointed to the Senate.

Borden stated that he was willing to do so, but could not due to an 1876 British common law ruling stating that ‘women were eligible for pains and penalties, but not rights and privileges’.

So, Murphy, along with four other activists – Henrietta Muir, Nelly McClung, Louise McKinney and Irene Parlby – took the bull by the horns, and the petition to the Supreme Court.

The question posed to the Supreme Court by the federal government was:

‘Does the word “Persons” in Section 24 of the British North America Act, 1867, include female persons?’

In 1928, the Supreme Court unanimously held that women were not ‘qualified persons’ within the meaning of s. 24 of the British North America Act, 1867:

Women are not “qualified persons” within the meaning of section 24 of the B.N.A. Act, 1867, and therefore are not eligible for appointment by the Governor General to the Senate of Canada.

The five women appealed that ruling to the Judicial Committee of the Privy Council, which at that time was the highest court of appeal in the British Empire.

On 18 October 1929, the Judicial Committee overruled the Supreme Court and held that women were ‘qualified persons’ and thus eligible to be appointed to the Senate. 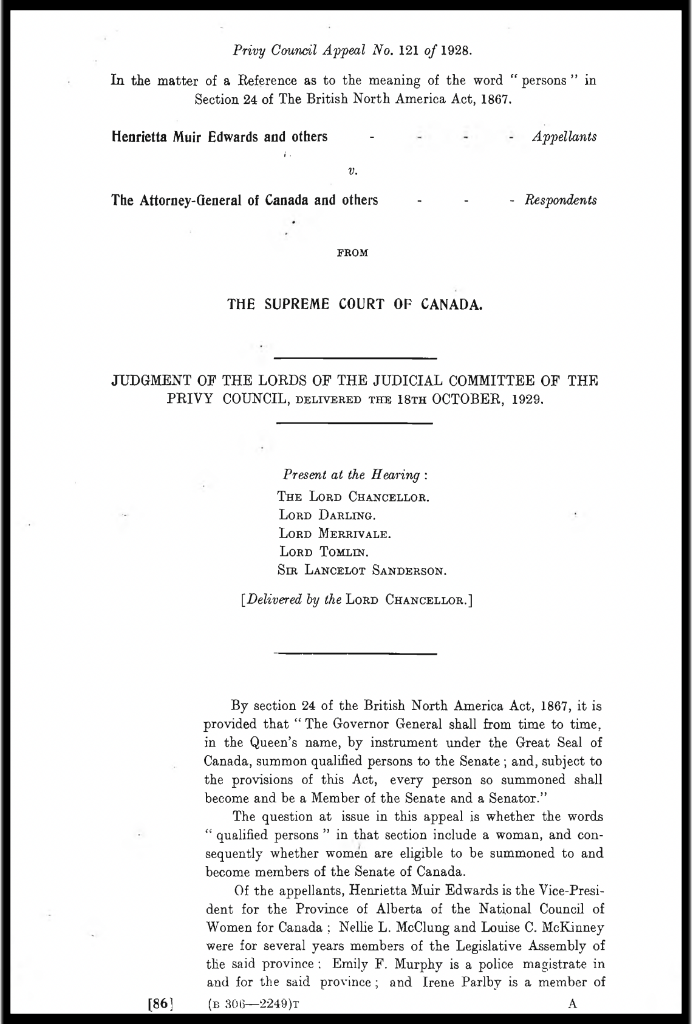 Edwards v Canada (A.G.) – Lord Chancellor Sankey’s report for the Judgement of the Lords of the Judicial Committee of the Privy Council, 18 October 1929.

The landmark ruling was handed down by the Lord Chancellor, 1st Viscount Sankey, who in writing for the committee, found that the meaning of ‘qualified persons’ could be read broadly to include women, thus reversing the decision of the Supreme Court.

[t]he exclusion of women from all public offices is a relic of days more barbarous than ours”, and that “to those who ask why the word [“person”] should include females, the obvious answer is why should it not

[T]heir Lordships have come to the conclusion that the word “persons” in sec. 24 includes members both of the male and female sex and that, therefore, … women are eligible to be summoned to and become members of the Senate of Canada, and they will humbly advise His Majesty accordingly.

To arrive at his conclusion, Sankey proposed an entirely new approach to constitutional interpretation that has since become one of the core principles of constitutional law in Canada –  it is known as the Living Tree doctrine:

‘The British North America Act planted in Canada a living tree capable of growth and expansion within its natural limits.

The object of the Act was to grant a Constitution to Canada. Like all written constitutions it has been subject to development through usage and convention …

“This decision marks the abolition of sex in politics…Personally, I do not care whether or not women ever sit in the Senate, but we fought for the privilege for them to do so.

We sought to establish the personal individuality of women and this decision is the announcement of our victory.”

Who were the Famous Five? 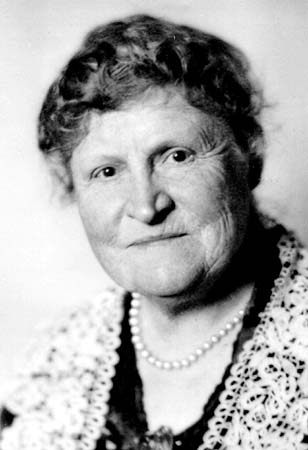 Eldest of ‘The Famous Five’, they fought to have women recognized as ‘persons’ under the law, and for the woman’s right to vote in elections. 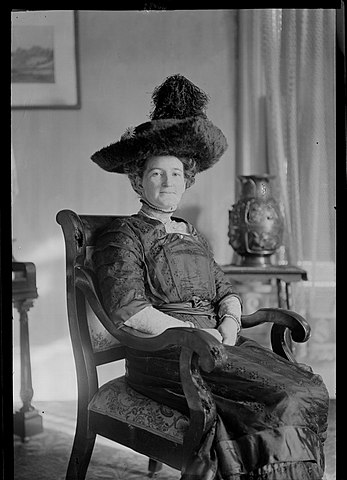 images from the M.O. Hammond fonds were uploaded as part of the Archives of Ontario’s GLAM Wiki project.,

Her great causes were women’s suffrage and temperance. It was because of her hard work and advocacy, along with others involved in the Political Equality League of Manitoba (which included men), that in 1916 Manitoba became the first province to give women the right to vote and to run for public office. Nellie McClung was at the forefront of the Suffragist movement in Canada.

Through her social justice activism, the issues of temperance, anti-war (enfranchisement of Japanese Canadians and opening the Canadian Border to Jewish Refugees), Labor and Dower rights were among her most important contributions. 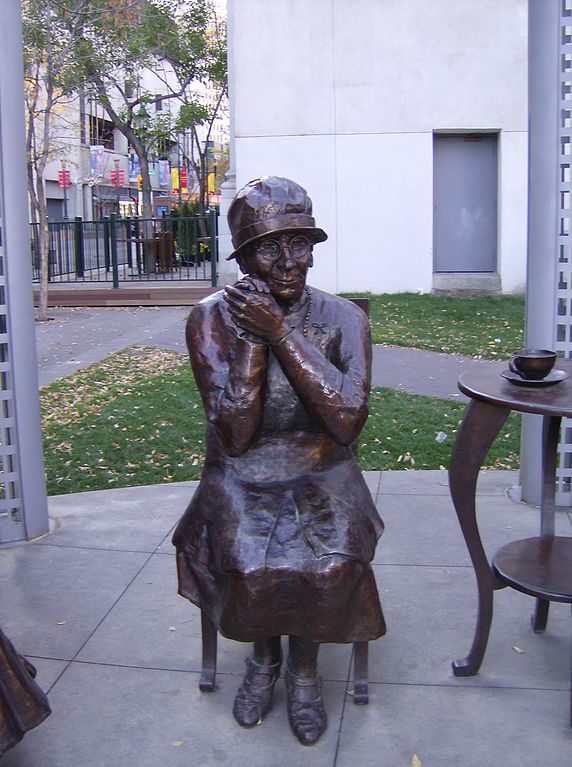 A statue of Louise McKinney, part of a monument dedicated to the ‘Famous Five, Calgary, Canada.

Louise McKinney (1868 – 1931) Canadian politician and women’s rights activist from Alberta, Canada. She was the first woman sworn into the Legislative Assembly of Alberta and the first woman elected to a legislature in the British Empire.

She served in the Alberta legislature from 1917 to 1921 as a member of the Non-Partisan League.

Later she was one of the Famous Five who campaigned successfully for the right of Canadian women to be appointed to the Senate.

Emily Murphy (1868 – 1933) Canadian women’s rights activist, jurist, and author. In 1916, she became the first female magistrate in Canada, and in the British Empire. 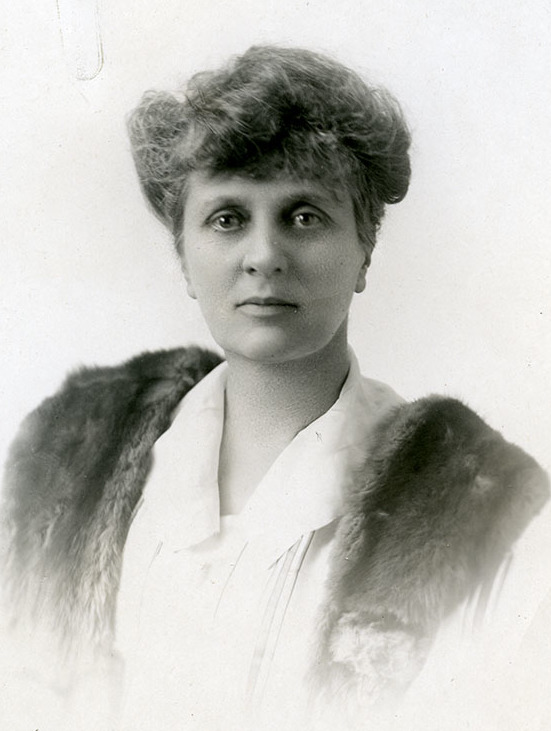 In 1913, Parlby helped to found the first women’s local of the United Farmers of Alberta.

In 1921, she was elected to the Alberta Legislature for the riding of Lacombe, holding the riding for 14 years.

Appointed as minister without portfolio, she was the first woman Cabinet minister in Alberta.

She was the last surviving member of the Famous Five.

All five women had long been advocates for women and children, and although most Canadian women had the vote in federal elections and all provinces but Quebec by 1927, the ‘Persons Case’ was part of a larger drive for political equality and the start of the first wave of feminism in Canada.

Their legacy of the Famous Five

Aside from winning a landmark case to allow women to be regarded as ‘persons’ several awards, dedications and monuments have been set up to recognise the work of the Famous Five:

John Sankey’s part in the emancipation of women is admirable, and deserves adequate recognition but he was also a humanitarian in many other aspects of his work.

His name is associated with the Sankey Declaration of the Rights of Man, the product of the Sankey Committee, set up in 1940 by the Daily Herald and the National Peace Council.

It was chaired by Sankey but the most active member of the committee was the writer H.G. Wells, who prepared the draft that the Declaration was based on.

The Sankey Declaration was widely publicised at the time, but since largely forgotten, overtaken by the Universal Declaration of Human Rights.

John Sankey died in 1948 at the age of 81. He never married and his titles died with him. He is remembered at his old school, Lancing College, where a house is named after him – the school’s motto is Beati Mundo Corde (Blessed are the pure in heart).

It is the pioneering work and attitude of men like Sankey – who undoubtedly was influenced by the morals and ideals of Freemasonry – that we should continue to aspire to: the tenets of brotherly love, relief and truth.

Shield of arms of The Viscount Sankey – By Robin S. Taylor – Own work

Acknowledgement: I would like to extend my thanks to Chris Batty for drawing my attention to the Masonic life and humanitarian work of John Sankey, and the landmark case of Edwards v. Canada (A.G)

A Declaration of the Rights of Man

The Freemason judge who ruled women were 'persons'

Second part, in the introductory series exploring the history of mixed, Co- and female Freemasonry, and how the fraternity and its members helped progress the emancipation and rights of women.

A multi-part series exploring the history of mixed, Co- and female Freemasonry, and how the fraternity and its members helped progress the emancipation and rights of women.

Who were the two ladies, mother and daughter who become Grand Masters of Honourable Fraternity of Ancient Freemasons

A look at Adoptive Lodges that were established in France for the initiation of females; a short Extract from the Encyclopedia Of Freemasonry

Published in 1922, this interesting, and whimsical book was penned by Dudley Wright

Look at the History of Women in Freemasonry

The Great American Experiment, a film by HFAF documenting the Consecration and Installation of Officers of America Lodge No. 57 on May 25, 2019