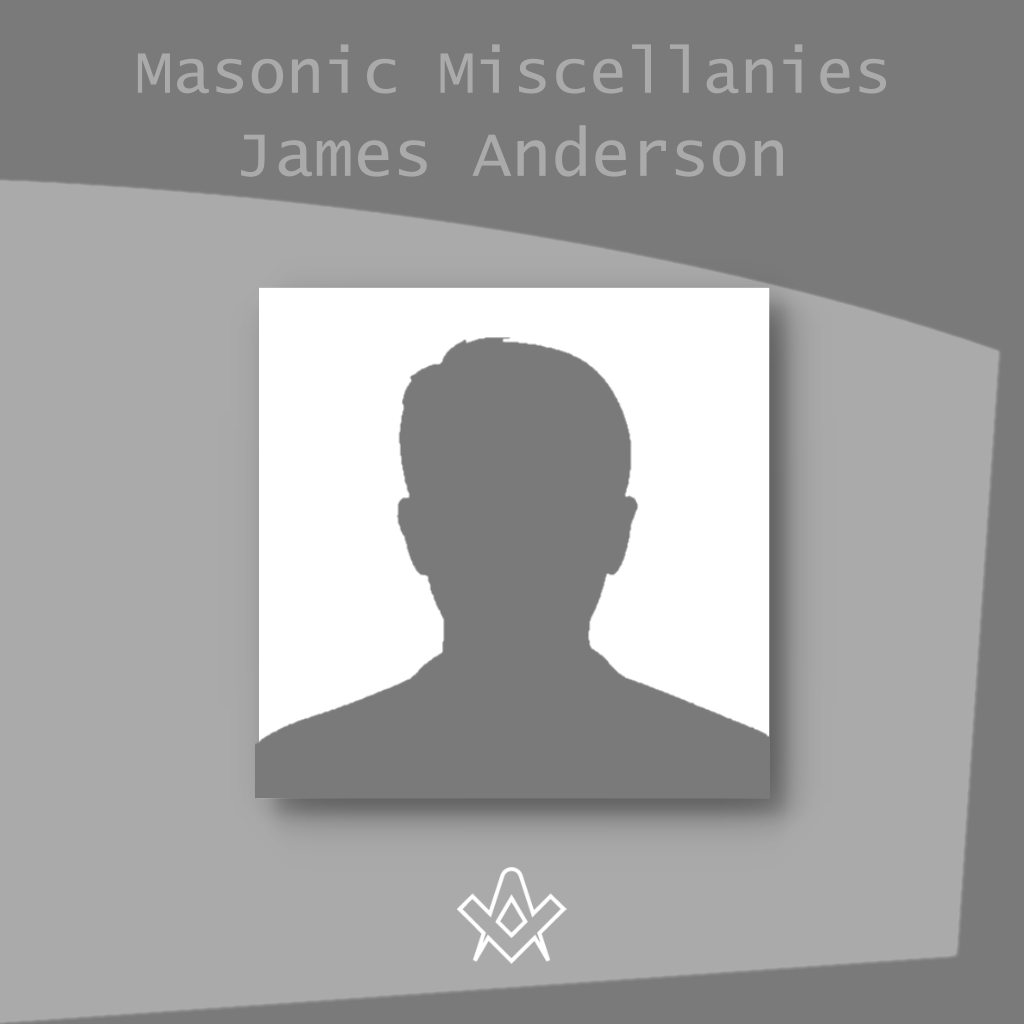 A Masonic Conundrum – Will the real James Anderson please stand up?

Most Freemasons will have read – or at least are aware of – the Constitutions of Freemasonry.

Shortly after the foundation of Grand Lodge of London and Westminster (later Grand Lodge of England), the Rev. James Anderson, a Scottish writer, and minister, was assigned the task of completing a full digest of the Fraternity’s Constitutions.

At the time he was commissioned, in 1721, he was Master of a lodge and Grand Warden of the Grand Lodge of London and Westminster.

The Constitutions of the Free-Masons; containing the History, Charges, Regulations, &c. of that Most Ancient and Right Worshipful Fraternity. For the Use of the Lodges. London. In the year of Masonry 5723, Anno Domini 1723.

The work, known as Anderson’s Constitutions, passed through several editions and was long recognised by the English Freemasons to be the standard text on the subject.

Anderson’s name does not appear as the author on the title page but is stated in the appendix.

Over the years, many Freemasons have sought to know more about the man behind the Constitutions and for most of those years, they would have become familiar with this image of James Anderson.

He certainly looks the part, right era of dress, suitably scholarly and conservative deportment, so far so good? So far, so wrong! 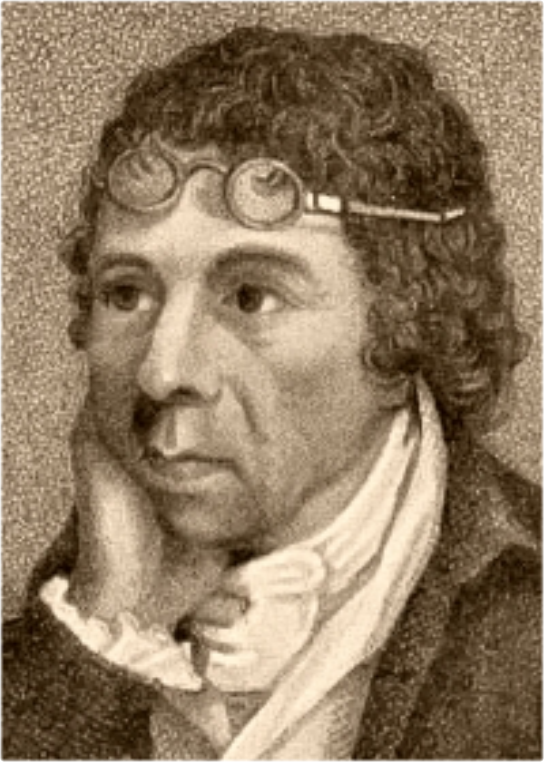 This image is repeatedly utilised by Masonic websites etc., but apparently it is not the James Anderson of the Book of Constitutions fame – it is James Anderson of Hermiston, a Scottish agriculturalist, journalist and economist; the inventor of the Scotch Plough!

Further According to an addendum on the biography of Anderson on Freemasonry BCY website, it confirms that in fact it is an engraving of the economist, Dr James Anderson (1739-1808) which appeared in the Gentleman’s Magazine of May 1809. AQC vol. lxxvii (1964), p. 17.

So, who was our man? According to a few internet sources, this is the real James Anderson…yes!! We thought we’d cracked it! 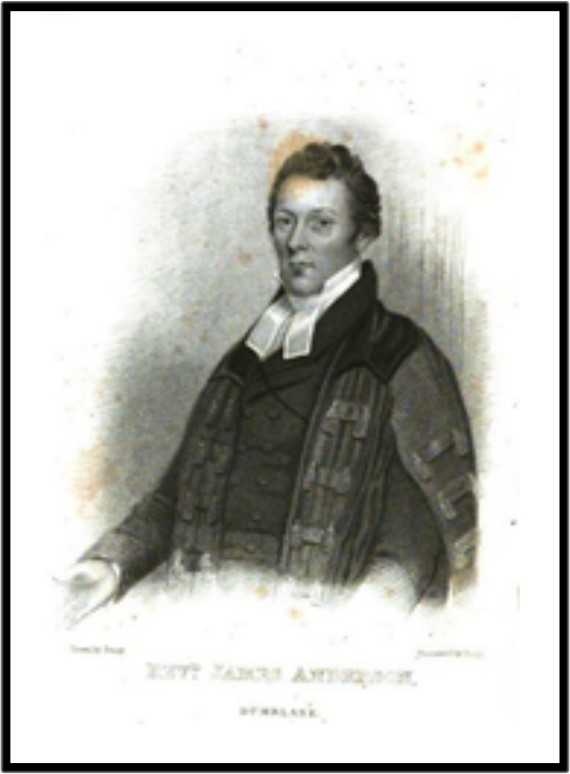 There are three instances where this image turned up:

1. Printed within The Evangelical magazine and missionary chronicle. … n.s.v.5 (1827) page 412 [Digitised by Google, original copy from Harvard University – in the public Domain]

1. Found on Wikimedia Commons and attributed to Llyfrgell Genedlaethol Cymru – The National Library of Wales [MISSING RIGHTS STATEMENT]
AS the copyright usage for this image is uncertain, we have image-linked it to the NLW and…

3. Also via a link to the British Museum where it is under copyright licence but does not mention this James Anderson as a ‘Freemason’ when searched for under that term. https://www.britishmuseum.org/collection/object/P_1872-0810-423

The description tells us that it is a:

Portrait of James Anderson, half-length, slightly turned to the left, dressed in an academic gown over his double-breasted tailcoat with bands at his neck, illustration to the Evangelical Magazine (1827)

BUT…this portrait of ‘Rev. James Anderson’ has the word ‘Dumblane’ [sic] associated with him – our James Anderson was born in Aberdeen – that’s a wee bit of a distance from Dunblane!


Back to the drawing board and we had a deeper search, finding that there was indeed a another Rev. James Anderson who was a Minister at St Blane’s, Dunblane, Scotland in the early 1800s.

And so the plot thickens! Which is the real James Anderson? 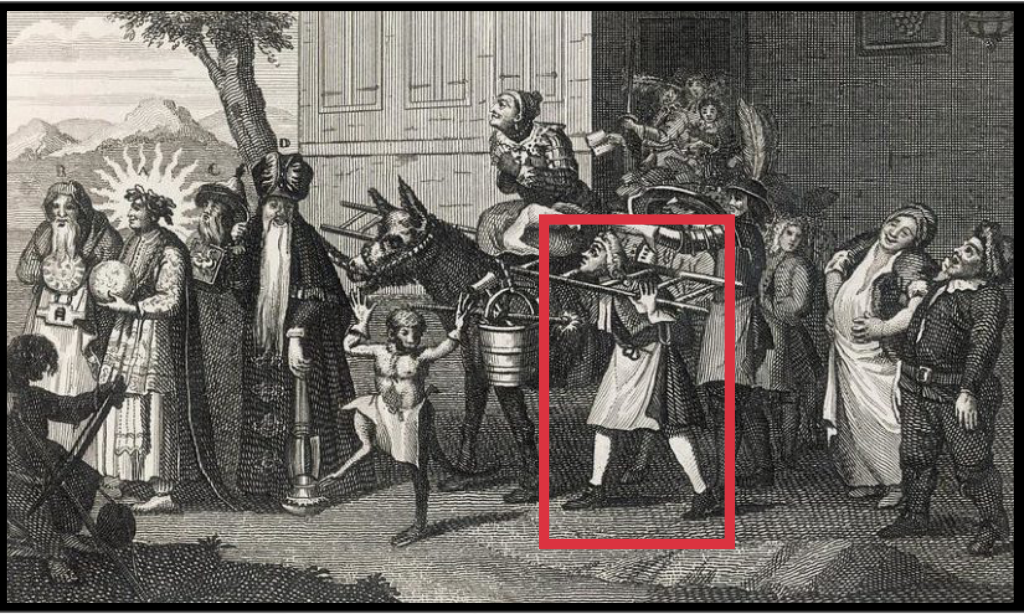 We are then just left with this image – possibly the only extant period ‘portrait’ of Anderson – in William Hogarth’s caricature The Mystery of Masonry brought to light by ye Gormagons.

This is a fascinating Masonic Conundrum – and a brilliant exercise in the convoluted detective work of research and how just one erroneous attribution can send us down the wrong track.

So, we don’t as yet have concrete proof of our elusive man – if he’s out there, will the real James Anderson please stand up?!

WANT TO WIN A PRIZE!!

Here’s a mission for you all – if one of you can find an image/portrait (and prove unequivocally) that it is  the real James Anderson – you will win a special prize!

Anderson – Quick Bio and Links…maybe some clues as to where to search next:

James Anderson (c. 1679/1680 – 1739) was a Scottish writer and minister born and educated in Aberdeen, Scotland. He was ordained a minister in the Church of Scotland in 1707 and moved to London, where he ministered to the Glass House Street congregation until 1710, to the Presbyterian church in Swallow Street until 1734, and at Lisle Street Chapel until his death. He is reported to have lost a large sum of money in the South Sea Company crash of 1720. Anderson is best known for his association with Freemasonry. Possible brother of Adam Anderson (1692 or 1693 – 10 January 1765) a Scottish economist.