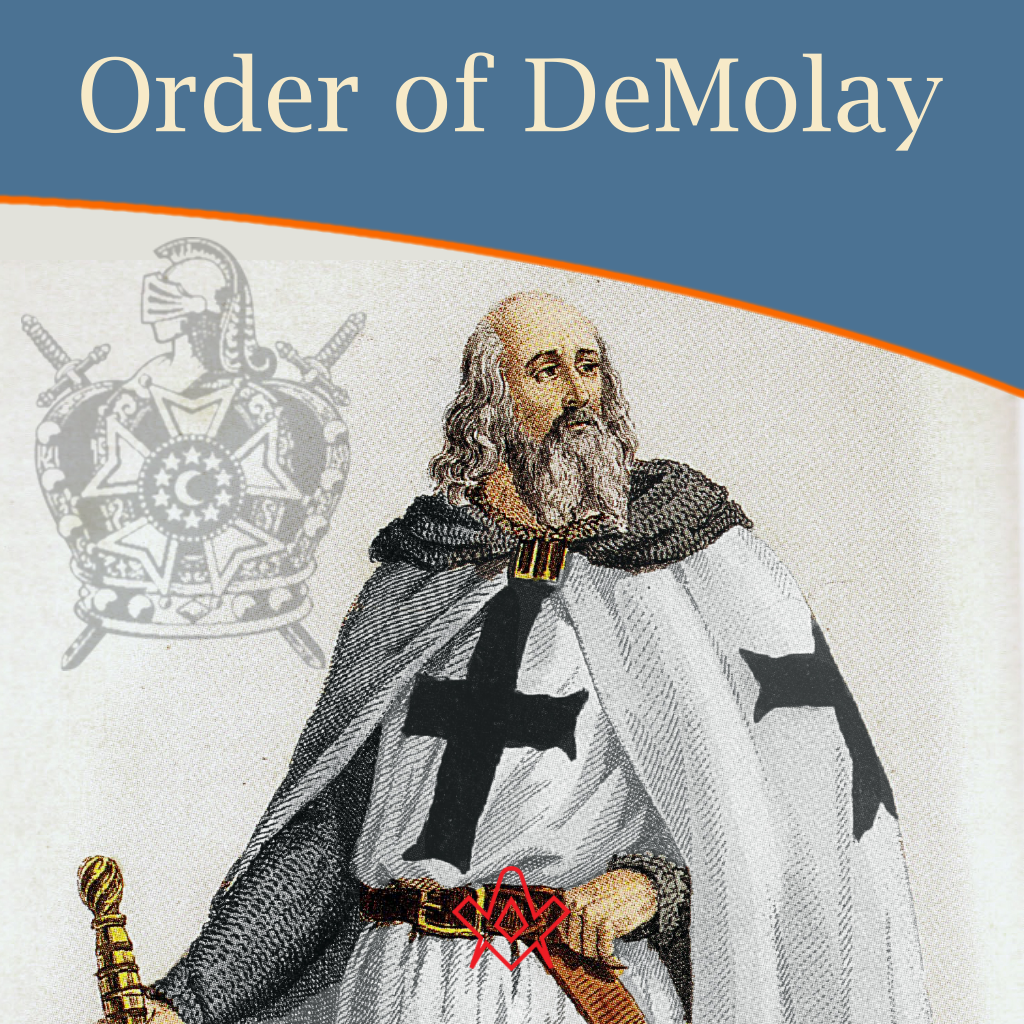 DeMolay International is an international fraternal organization for young men ages 12 to 21.

It was founded in Kansas City, Missouri, in 1919 and named after Jacques de Molay, the last Grand Master of the Knights Templar. 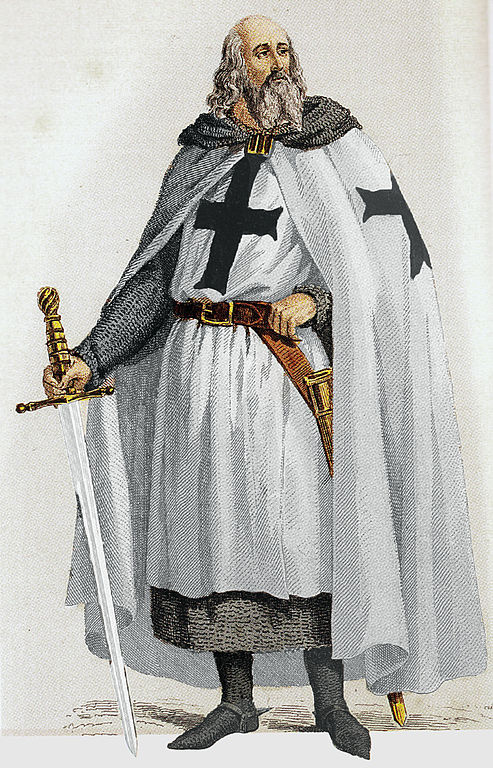 The Origins of the Order of DeMolay

The history of the organisation is a fascinating one. It all started in 1919, when Freemason Frank Sherman Land took a call from Sam Freet, the Senior Warden of his lodge.

Sam asked if Frank could do him a favour by giving a job to the son of their recently deceased Brother, Elmer Lower.

Frank readily agreed and the next day he met Louis Lower – who would be the inspiration for the founding of a new club for boys.

Frank invited Louis and his eight friends to meet him at the Masonic Temple – they were all fine upstanding boys, who were eager to hear more about Masonry and the possibility of becoming part of a club that would take on many of the teachings, morals, and ethics of the Craft.

However, they needed a name for the new club, so the boys asked Frank if he could tell them something about Freemasonry that might give them an idea.

Frank told them that he was currently head of a Masonic group as the Commander of the DeMolai Council of Kadosh.

He went on to describe how Masonry had some possible historical links to the Knights Templar, and in that story he talked of their last Grand Master – Jaques de Molay.

The story sparked the boys’ imaginations – a tale of heroism, chivalry, and martyrdom.

They were excited to think that they could emulate these virtues and decided that they would call the club the Order of DeMolay.

Frank and the other Freemasons made it clear that the boys would not be ‘junior Masons’ but that they could use the Masonic building for their meetings and would be supervised by Masonic members – their only condition, or concern, was that the boys use the opportunity to become decent and respected men in the community.

On 24 March 1919, the Order of DeMolay was launched – thirty-one boys, all from the same high school became members of what would in later years grow to become a global fraternal organisation – DeMolay International. 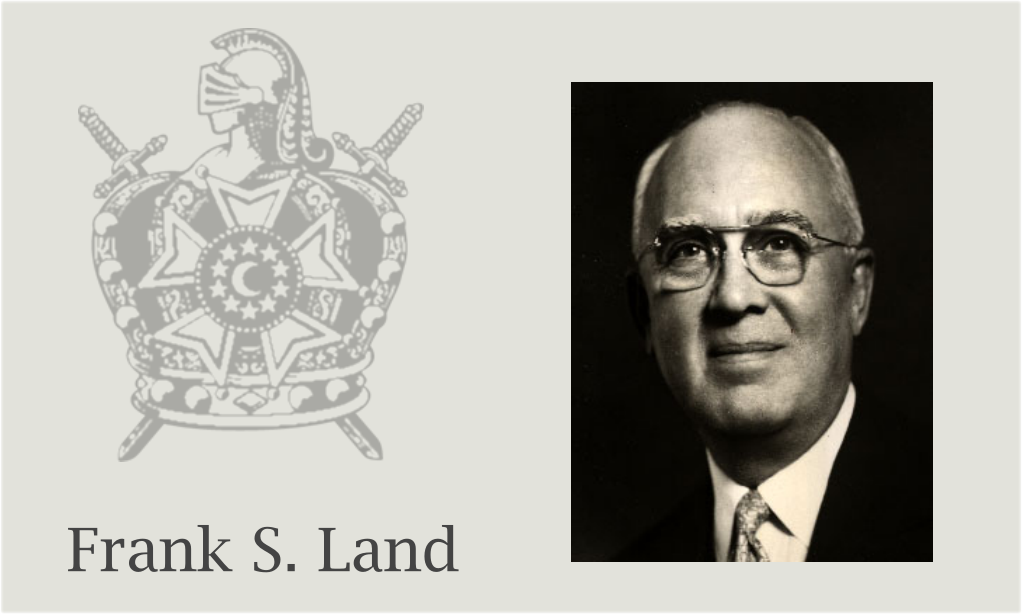 As a youth Frank was an enthusiastic boy preacher at his Sunday School. He went on to study at the Kansas Art Institute and at the age of 21 was elected president of the Municipal Art Club in Kansas City.

He joined Freemasonry in 1912, initiated into Ivanhoe Lodge No. 446 in June of that year.

He subsequently became Secretary of the Social Service Bureau of the Scottish Rite bodies, and was later selected as director of the Masonic Relief and Employment Bureau, a charity that would help hundreds of families.

Land was a successful community leader, and as a businessman, a flourishing restaurateur.

Frank became a role model and father figure for Louis and many other young boys as founder of the DeMolay Order – hence his moniker of ‘Dad’ Land.

In Land gave up his role with the Scottish Rite to become full-time Secretary General of the DeMolay organisation.

Aside from DeMolay, Frank Land continued his Masonic career. He was past Potentate of Ararat Shrine Temple and served as Imperial Potentate of the Shrine in 1954-55.

He was honored with the Knight Commander of the Court of Honor of the Scottish Rite and coroneted a 33° in 1925.

He was named an honorary member of the University of Missouri chapter of Acacia Fraternity.

He received the first International Gold Service Medal of the General Grand Chapter of York Rite Masons in 1951 for work in Humanities.

He received the Grand Cross of the Southern Jurisdiction of the Supreme Council of Scottish Rite 33° in 1955.

He was the president of the Kansas City School Board, a Director of the Columbia National Bank, and a trustee of the Harry S. Truman Presidential Library and Museum at the time of his death.

‘For nearly 100 years, DeMolay has been enriching the lives of young men by providing a fun-filled platform that unconsciously develops key life skills such as public speaking, fundraising, and event planning.

DeMolay counts among its alumni a multitude of standout gentlemen who turned their experience in DeMolay into the foundation of their professional careers.’

His dedication and commitment to inspiring and improving the lives of young boys paid off – hundreds of thousands of DeMolay members have since benefitted from his vision.

Today, every member of DeMolay International learns about Land through the book Hi, Dad! and their Chapter activities.

Recipients of the Degree of Chevalier take a vow to honor Land’s memory every year on 8 November by breaking bread with a fellow Chevalier, an active DeMolay, or a young man in his teens. DeMolay International also endows a scholarship in Land’s name.

The list of alumni is impressive and below are listed just a few well-known names:

So what happened to that young lad who inspired the formation of a worldwide organisation? Louis Lower became the director of the Municipal Auditorium (Kansas City), an arena which opened in 1936 and has since hosted events ranging from Presidential Campaigns to NCAA Championships.

DeMolay Emblem – The crown appearing in the self-adopted heraldic arms (the emblem) of the order contains 10 rubies, each representing one of the original nine members and the organization’s founder, Frank S. Land.

The rubies were originally portrayed as pearls; as each founding member died, the pearl representing him was changed to a ruby.

​DeMolay is open for membership to young men between the ages of 9 and 21 who acknowledge a higher spiritual power.

It has about 15,000 active members spread throughout every continent save Antarctica.

Although young women are not permitted to join DeMolay, chapters are permitted to elect chapter ‘sweethearts’ and ‘princesses’.

The structure of the Order

A local DeMolay body is known as a Chapter and is headed by the Master Councillor.

The Master Councillor is elected by members of his Chapter and is usually among the older members of the group.

There may be a National Master Councillor in some countries. There are also other state, provincial, or jurisdictional positions, based on the officers of a chapter, which vary for each jurisdiction.

The lead advisor (always a Master Mason and a member of the Supreme Council) in a state, jurisdiction, or country, is called an Executive Officer.

The lead advisor internationally is known as a Grand Master, who governs the International Supreme Council.

In some countries outside the United States, the International Supreme Council of DeMolay has ceded control to an independent Supreme Council created to govern DeMolay in that country.

Such a Supreme Council has its own Grand Master and officers. (Examples are Australia, Canada, Brazil, and the Philippines.)

Adult men mentor and supervise the Chapter and are referred to as ‘Dad’.

These men are often Masons or Senior DeMolays (former active members who have reached the age of 21) but can also be other men in the community, including the fathers of active members.

In recent years, women have also served as advisors [sic] for the group, and are referred to as ‘Mom’.

The Order has four stages of progression

‘Squires is a program for boys ages 9 to 11. It teaches important lessons about Justice, Truth, and Wisdom while participating in a variety of fun events and developing lasting friendships.

Squires hold “professional” meetings, attend fun events, and interact with DeMolays. A Squire is part of a Manor, and members hold an office within their Manor.

Each meeting and event has Advisors present who ensure safety, and work closely with the Squires. Active DeMolays give the Squires positive role models, and love interacting with their “little brothers”.

Parents are welcome to attend all events, and contribute to the success of the manor.’

‘The DeMolay journey begins with the chapter, each a unique experience built around the same high values and leadership opportunities that have set DeMolay apart since its inception.’

‘The Order of Knighthood is a special group for older DeMolays (17-21) who have “been around the block”.

It serves as an opportunity for accomplished DeMolays to work towards new goals, and gives the older members an occasion to interact amongst themselves…

The official name of the Order is ‘The Chivalric Knights of the Holy Order of the Fellow Soldiers of Jacques DeMolay’.

Knighthood is not an honorary degree or award, but a working body whose purpose is to improve its members…

It is standout from DeMolay and Squires in its attire, and if available, swords are worn on the hip and are used during their proceedings.’†

The Precepts, or Cardinal Virtues

They encourage young people to become better citizens and accept the challenges of leadership by epitomizing timeless values – DeMolay have seven precepts/core values – called ‘Cardinal Virtues’, which are:

The Order of DeMolay calls for every member to live according to those Virtues considered by the Order as something that distinguish the life of a leader and a good man. DeMolay also defends three fundamental freedoms:

Demolay International are keen to educate others about the Order and their work, their website is comprehensive and offers information on all their proceedings and includes an in-depth history.

100 Years Of International Order Of Demolay

100 Years of International Order of DeMolay

The Order of DeMolay is a puzzle. It originated in the Untied States but is widespread, with chapters in Italy and Japan and Germany as well as Latin America and Canada, and with rituals involving events in medieval Paris.

It is closely associated with Freemasonry but its leaders emphasize it is not some sort of junior Masonic group.

President Bill Clinton was sufficiently committed to it that he interrupted a packed schedule to meet with fellow DeMolay leaders in Manila on his Philippine visit in 1995.

This book was edited by the founder of the order, Frank S. Land, during the early days of the movement, and is a surprising insight into a social phenomenon.

The Martyrdom Of Jacques Demolay

This scarce antiquarian book is a facsimile reprint of the original.

Due to its age, it may contain imperfections such as marks, notations, marginalia and flawed pages.

Because we believe this work is culturally important, we have made it available as part of our commitment for protecting, preserving, and promoting the world’s literature in affordable, high quality, modern editions that are true to the original work. 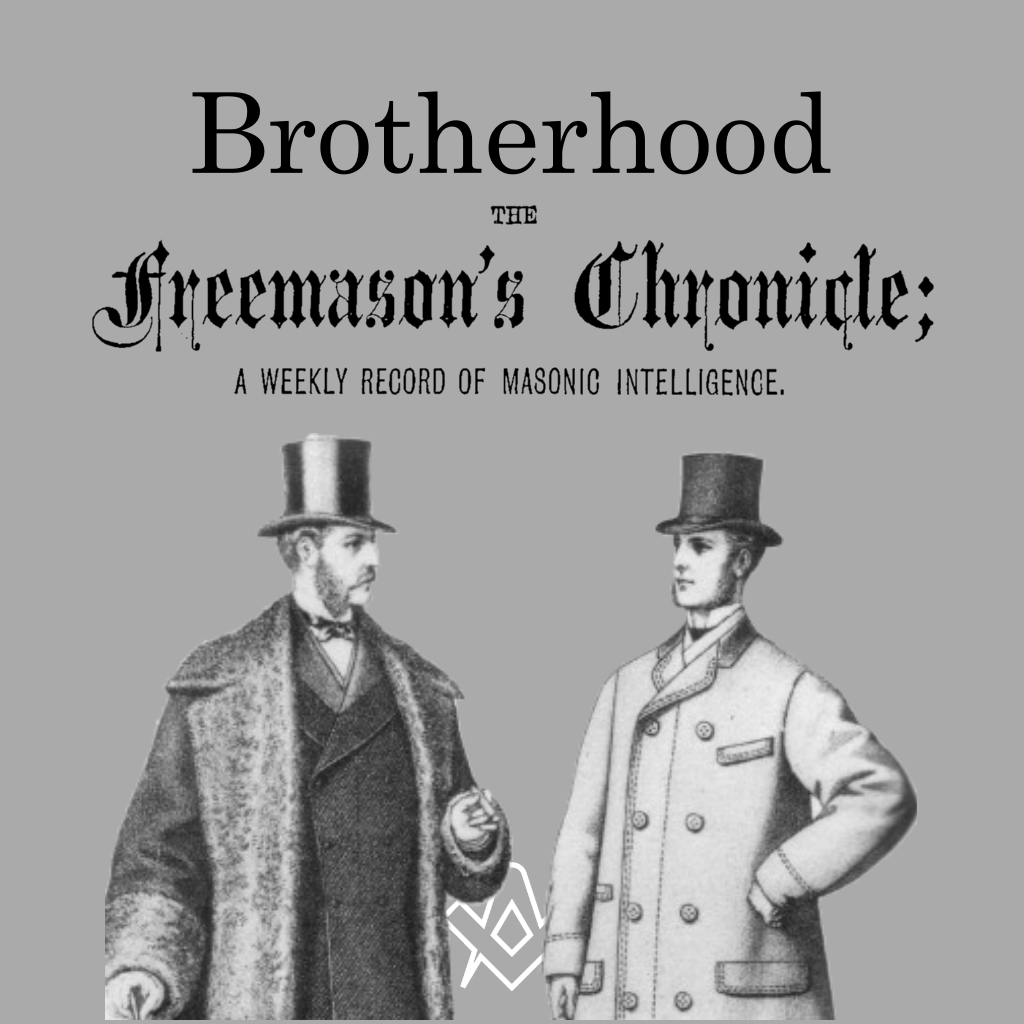 Brotherhood! In that one word what sympathetic associations arise.  …read more 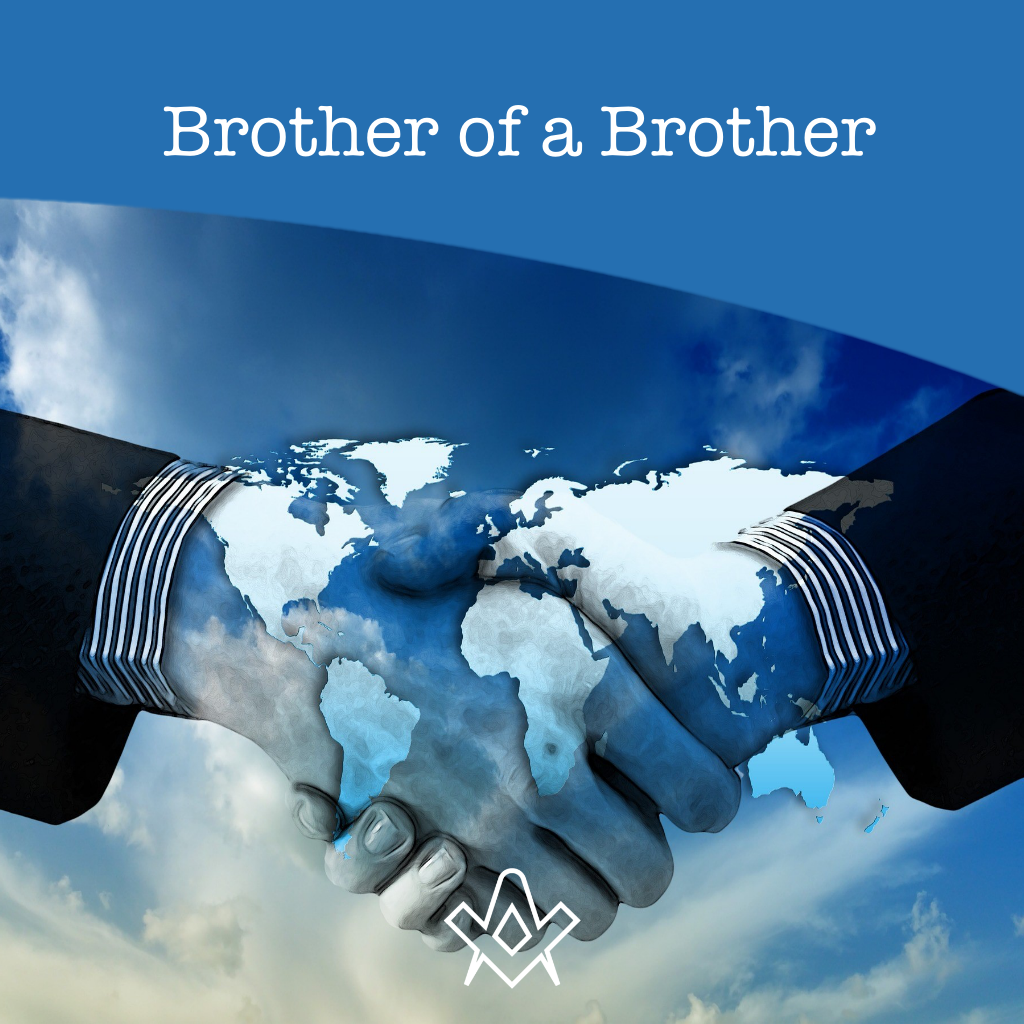 Is the brother of a brother a brother ? Rights to visit – recognition and regularity re-evaluated.  …read more 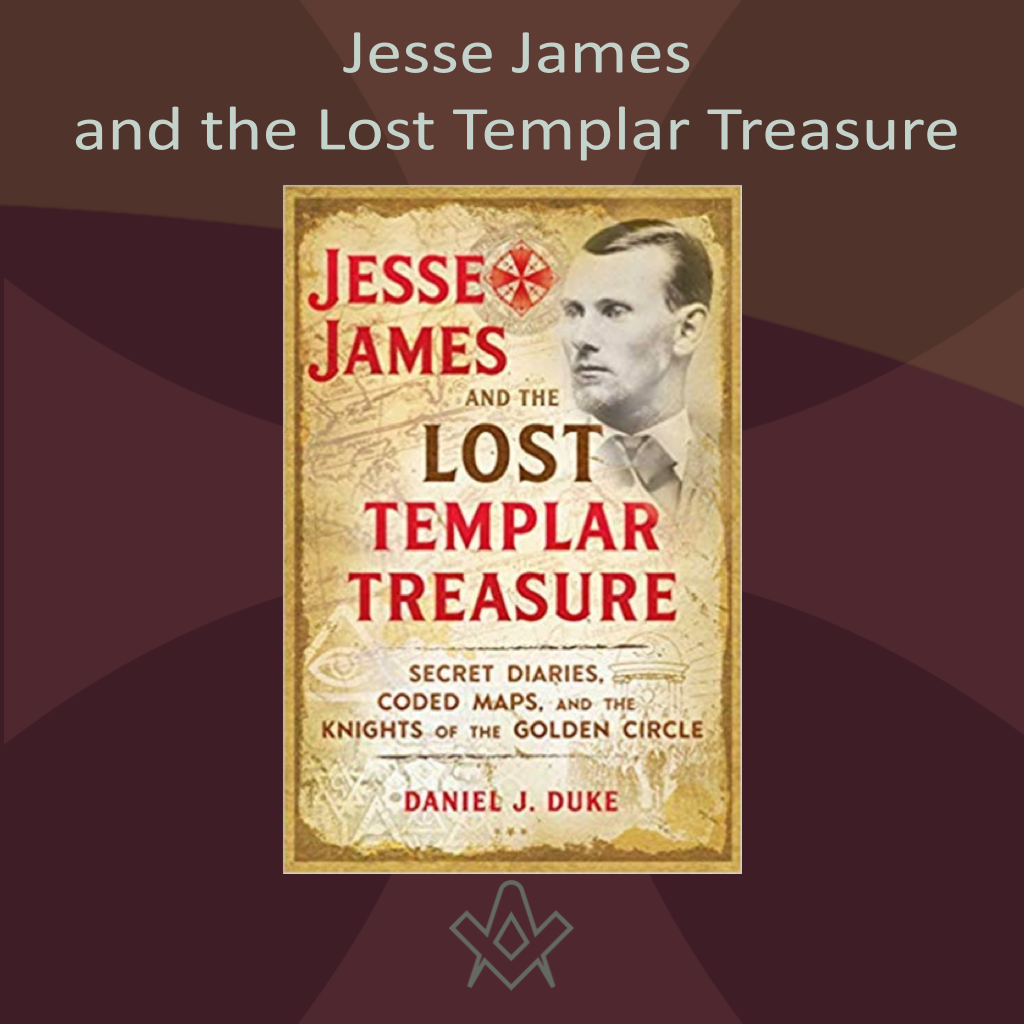 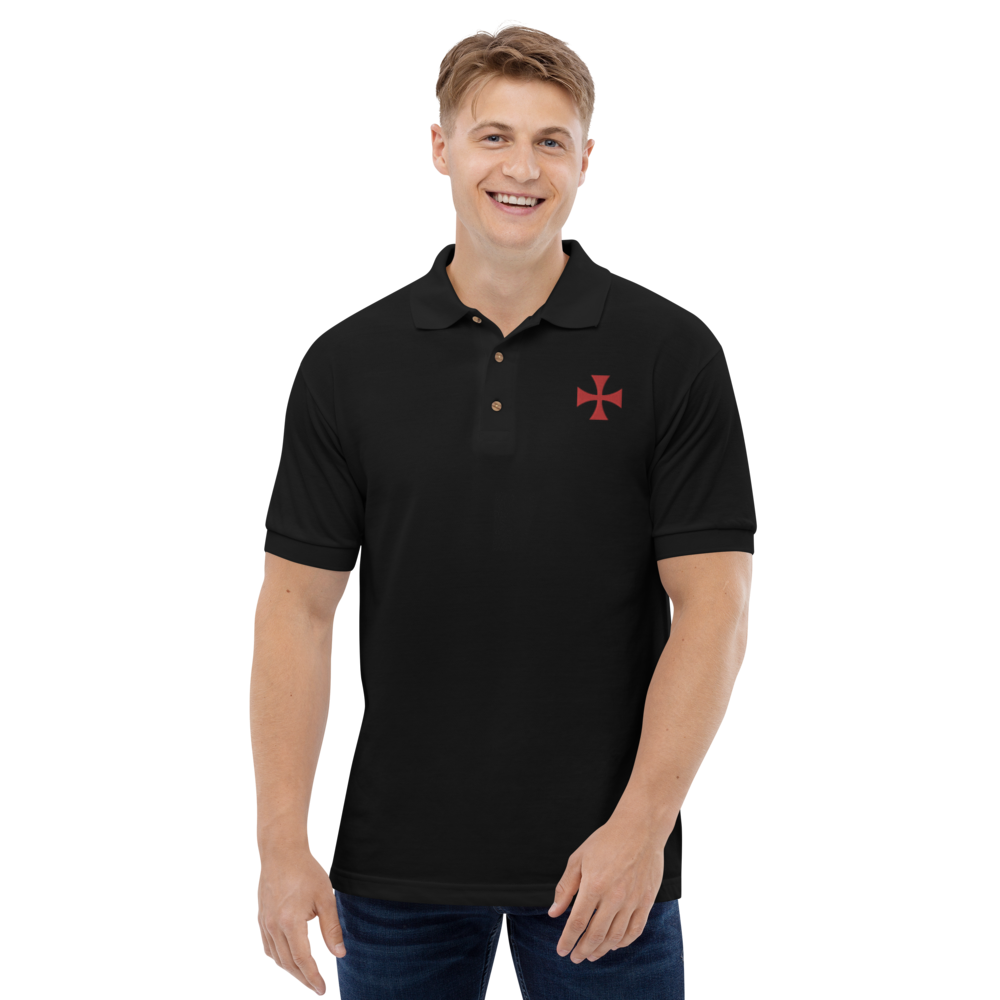