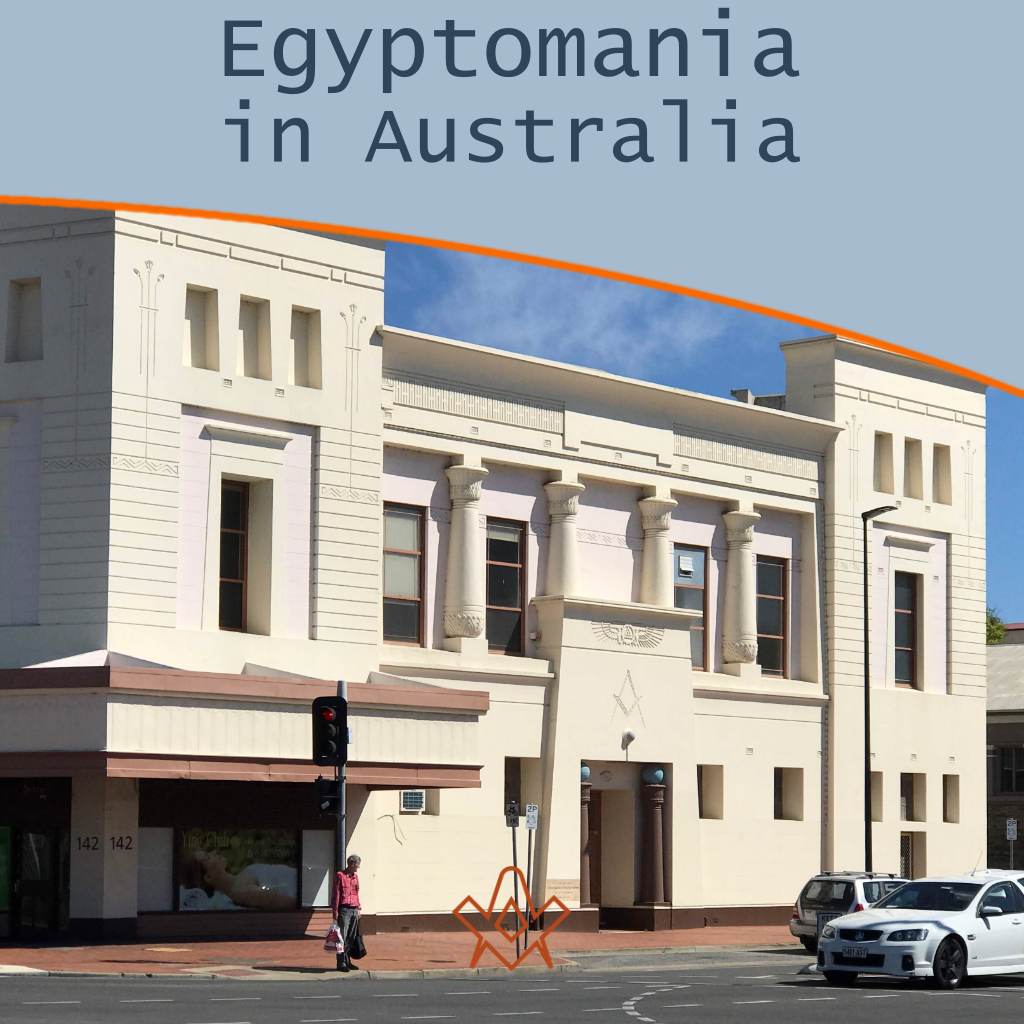 In this issue we feature Port Adelaide Masonic Hall situated on the corner of Commercial Rd and Dale Street, Port Adelaide, South Australia. 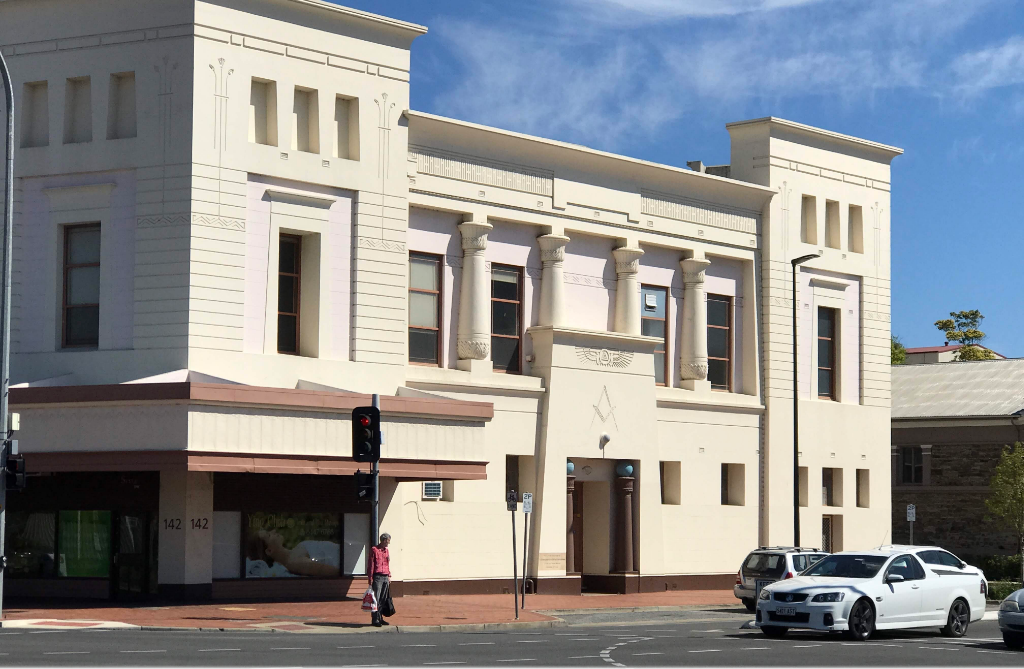 The building was erected in the late 1920s and designed by architect and Freemason Charles Walter Rutt.

It is a classic Art Deco Egyptian Revival style with various motifs, columns, and symbols imitative of those found on the temples of Egypt.

The shape of the building itself is reminiscent of the structure of the Egyptian temples – symmetrical, with the pylon design and accompanying papyrus columns. 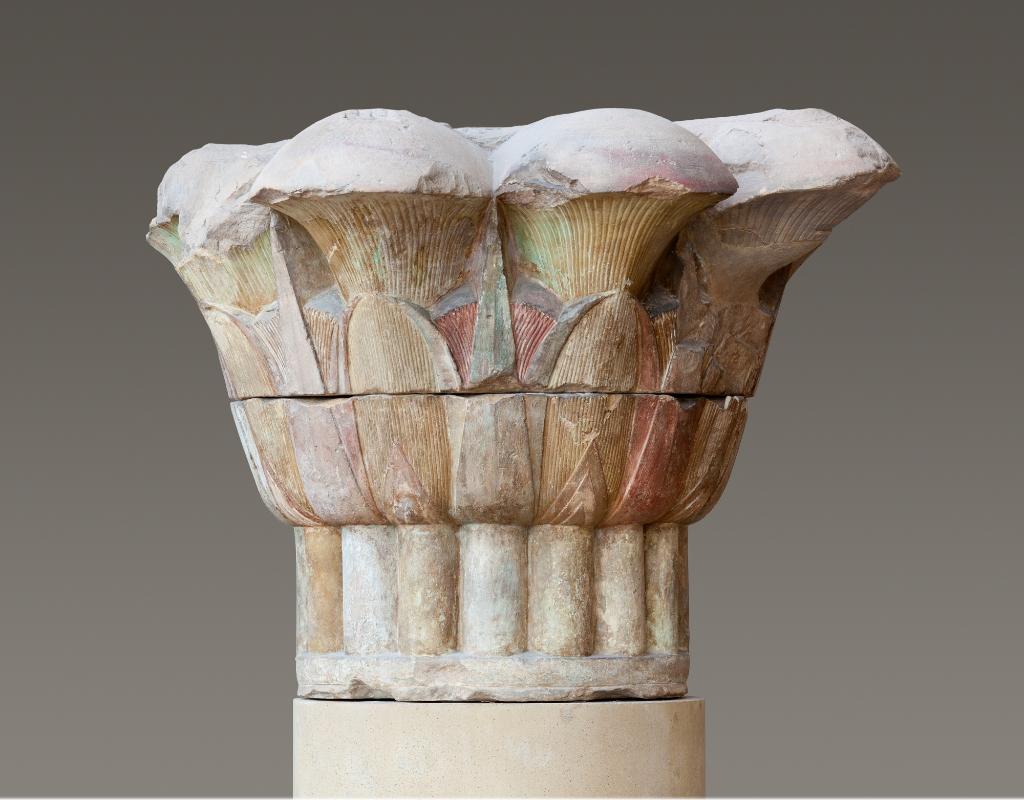 The Egyptians used a variety of capitals on their columns to represent the lotus (water lily), papyrus, palm, or featuring the head of the goddess Hathor.

The columns on the Masonic Hall are stylised papyrus columns based on those which can be found at temples throughout Egypt. 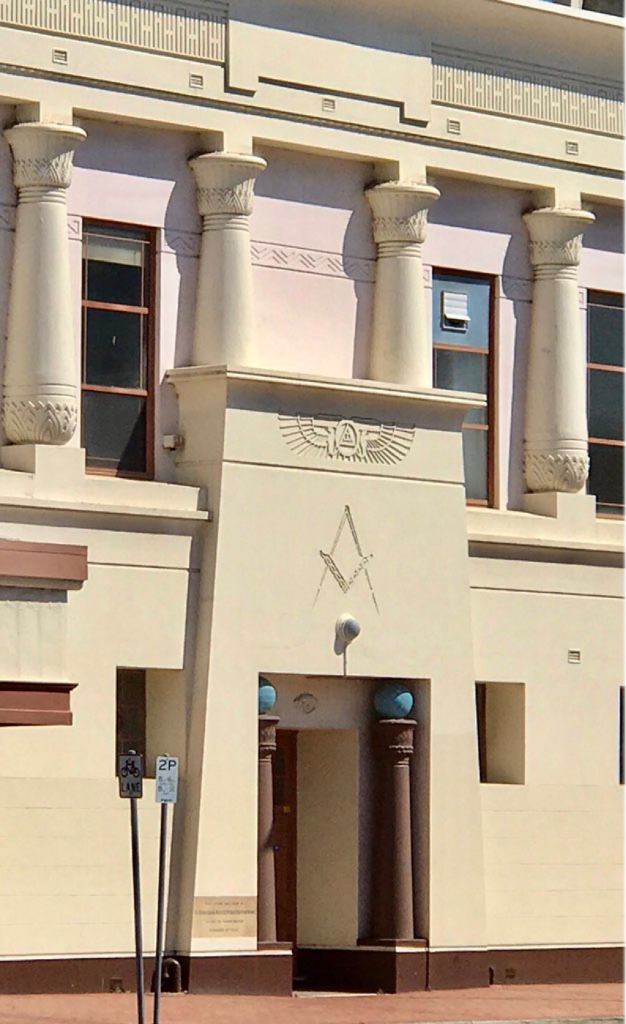 The winged solar disk over the pillared doorway…also note the terrestrial and celestial globes on the twin pillars flanking the door (above).

The ‘winged sun’, or winged solar disk (also known the bḥdt symbol) represented the Sun god Horus of Behdet (Edfu) to the ancient Egyptians – its symbolism is that of divinity, sovereignty, and power.

“Winged Sun of Thebes” (from Egyptian Mythology and Egyptian Christianity by Samuel Sharpe, 1863)

On the side wall, there is a quirky use of Anglicized hieroglyphs, spelling out the words ‘Masonic Building’ (images below) 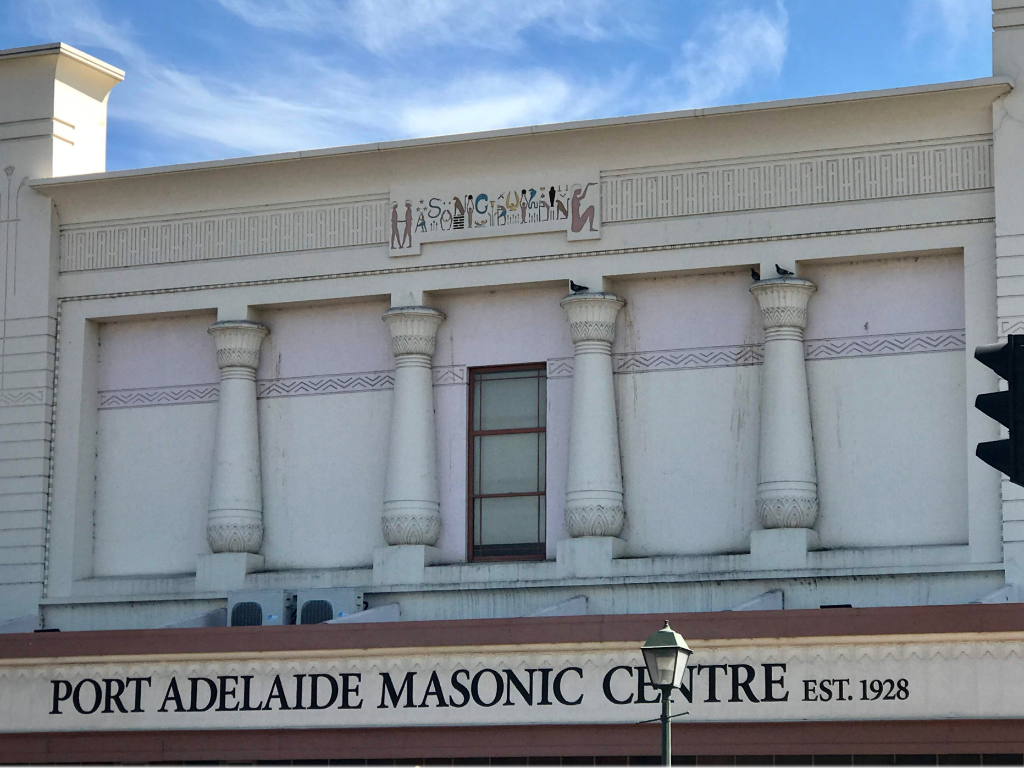 Legacy of the Ancient Egyptians by Audrey Fletcher http://ancientegypt.hypermart.net/freemasonry/index.htm

In this beautifully illustrated and closely argued book, a completely updated and much expanded third edition of his magisterial survey, Curl describes in lively and stimulating prose the numerous revivals of the Egyptian style from Antiquity to the present day.

Drawing on a wealth of sources, his pioneering and definitive work analyzes the remarkable and persistent influence of Ancient Egyptian culture on the West.

The author deftly develops his argument that the civilization of Ancient Egypt is central, rather than peripheral, to the development of much of Western architecture, art, design, and religion. Curl examines:

• the persistence of Egyptian motifs in design from Graeco-Roman Antiquity, through the Medieval, Baroque, and Neo-Classical periods

• various aspects of Egyptianizing tendencies in the Art Deco style and afterwards.

For students of art, architectural and ancient history, and those interested in western European culture generally, this book will be an inspiring and invaluable addition to the available literature.

In honour of ANZAC Day on 25 April - we look at one of the two specifically dedicated Masonic Memorials in the world, and how Freemasons in Australia and New Zealand continue to honour those who have made the ultimate sacrifice.

A sneak look inside Freimaurermuseum in Germany