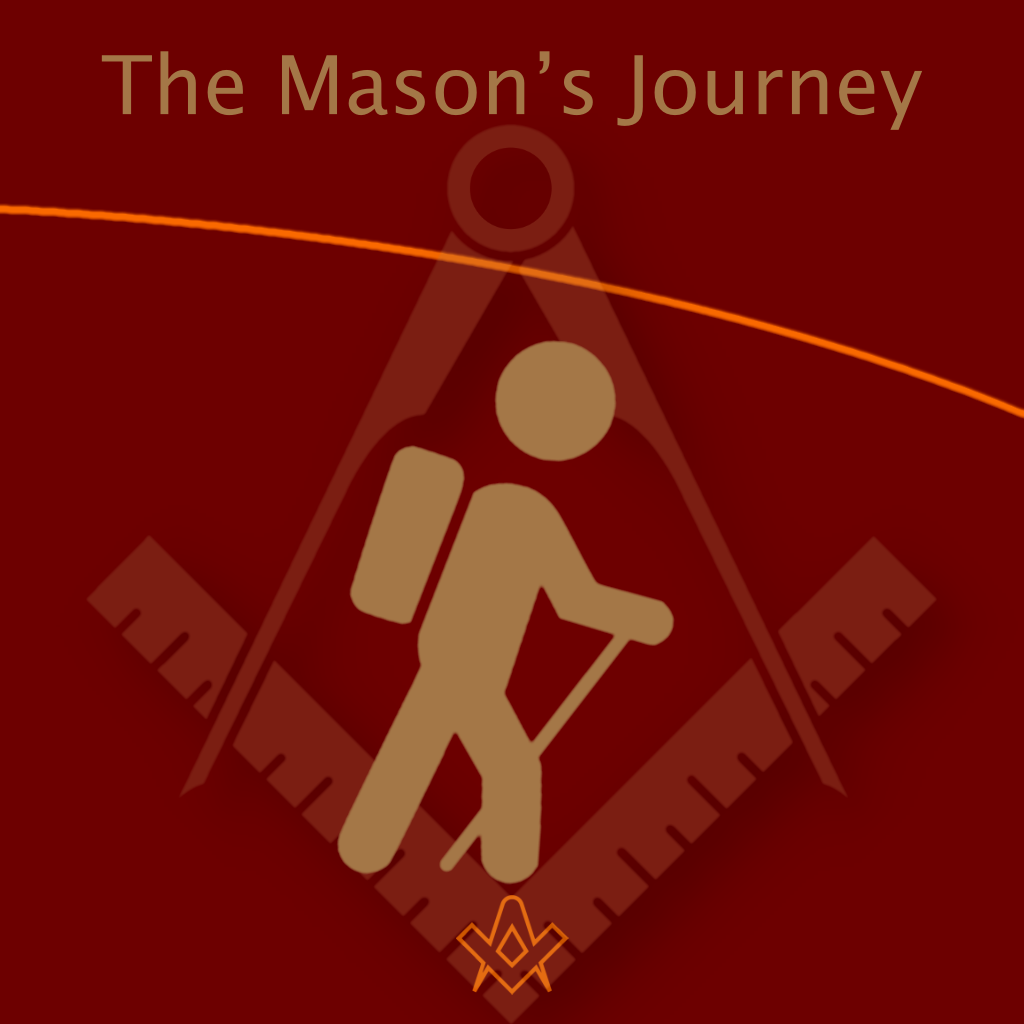 In 1949, Joseph Campbell published a book called The Hero with a Thousand Faces.

In this he introduced his theory of the monomyth; a phenomenon that described a common narrative theme that threads its way through all human stories, going back into our ancient past.

When compiling evidence for his work, he went around the world to hear the tribal and cultural stories of various peoples.

He found that no matter where he was in the world, all stories followed the same pattern.

This was true even with tribes that had previously had no contact with the outside world.

He wondered why this was the case, and came to the conclusion that there must be a deep connection between the stories we tell, and human psychological development.

The one thing every human on this planet shares, which connects us all, is a common human psychology.

He called the formula he identified ‘the monomyth’. The other name for it is ‘the hero’s journey’.

The title of his book reflects the fact that there is really only one hero, presented through many guises, and that hero is, essentially, us.

The formula follows the same pattern, everywhere it is told. After reading this, if you didn’t already know about it, you will recognise it in nearly every film and play you see and every book you read. 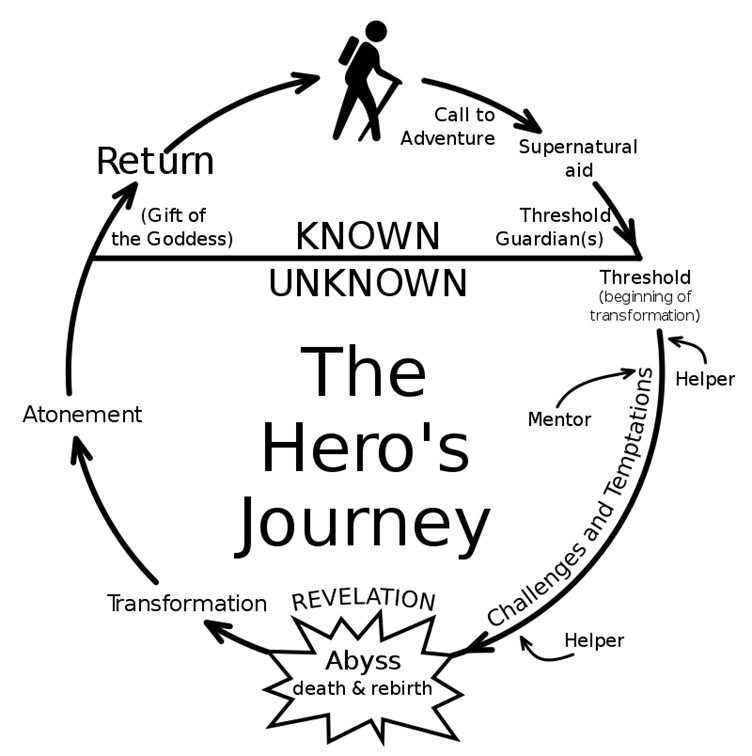 This image outlines the basic path of the monomyth, or “Hero’s Journey”.

The formula goes as follows: The hero has a call to adventure, which they initially refuse in some way.

They may then meet a mentor who convinces them to accept this call, they leave their comfortable known world, and metaphorically (sometimes literally) enter the belly of the whale.

They then embark on a road of trials, such trials often coming in threes.

The male hero will then often meet a goddess, who will tempt them from the path.

Once overcoming this, they will meet with a powerful force which they have to vanquish to experience an apotheosis, some kind of raising of consciousness or awareness.

This process must usually involve death and subsequent resurrection. He then acquires the object of his quest.

An example of ‘the Hero’s Journey’: Theseus and the Minotaur
Source: The Story of the Greeks, H. A. Guerber, 1896

In a mirror of the initial stage of the journey, the hero will realise that he must take his prize back to his homeland to benefit the people.

He will often consider not doing so and keeping everything to himself, but he decides to do the right thing.

He is then chased on his return journey, as the powers that be wished to keep that which has been taken.

Ultimately, he is rescued from without and returns to improve the lives of the people he first left behind using the bounty he has brought from his journey.

From a psychological point of view, this journey represents delving deep into the symbolic language of the psyche, into the centre of the self, to find truth that can benefit all.

The hero’s journey can also be seen in the Masonic system; a candidate first considers embarking on the Masonic journey but wonders whether it is really for him.

The Mason he already knows, usually his proposer, counsels him in his decision, and he crosses the lodge threshold on his initiation.

This first ceremony is the beginning of his road of trials (presented in three stages).

He may also experience the situations where he has to justify what he does and why he does it to his spouse. Which is sometimes difficult, but is facilitated by the traditional ladies’ nights arranged by every lodge.

Ultimately, the Mason symbolically faces his own death and resurrection, meant to catalyse deeper and more meaningful considerations.

After this meaningful approach to the east, he will gradually develop a wisdom, which he is encouraged to share in the west; with other brethren, and in his life and actions. 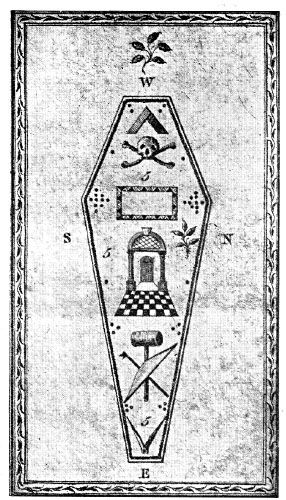 Freemasonry is an interactive symbolic story. The Mason is the hero, like all of the heroes and candidates of our ancient tribal past.

By progressing through the story, the quality of the Mason’s consciousness and self-awareness is raised. Since the monomyth has been present throughout all of human narrative history, and continues to exist in our current stories, it is very clear that we still crave symbolic catalysts for finding meaning.

They often take the form of passively consumed media, but systems like Freemasonry make the symbolic quest more active and personal.

We live in a world that is losing its symbolism. The antiquity inspired neo-classical period (when, by no coincidence, Freemasonry started to become more publicly prevalent in society) was replete with architecture that was adorned with symbolism that could be decoded.

The arts represented the heroes and gods of the past, which were expressions of the monomyth in stone and paint. A person who was versed in such things could reflect on these symbols and relate them to their own place in their lives.

Even now, we get a feel for this. When we are surrounded by the beautiful neo-classical architecture of cities like London, we get a feeling that we are flanked by meaning.

We can contrast this with the post-modern. The definition of what art is has become broader, and the forms produced are less clear in their meaning to us.

More modern architecture consists of structures of glass and geometric steel. These are, indeed, triumphs of engineering and rationalism; but where is the soul of the architecture that used to speak to us unconsciously?

New structures and art seem to lack the ability to speak to us at the deeper level. 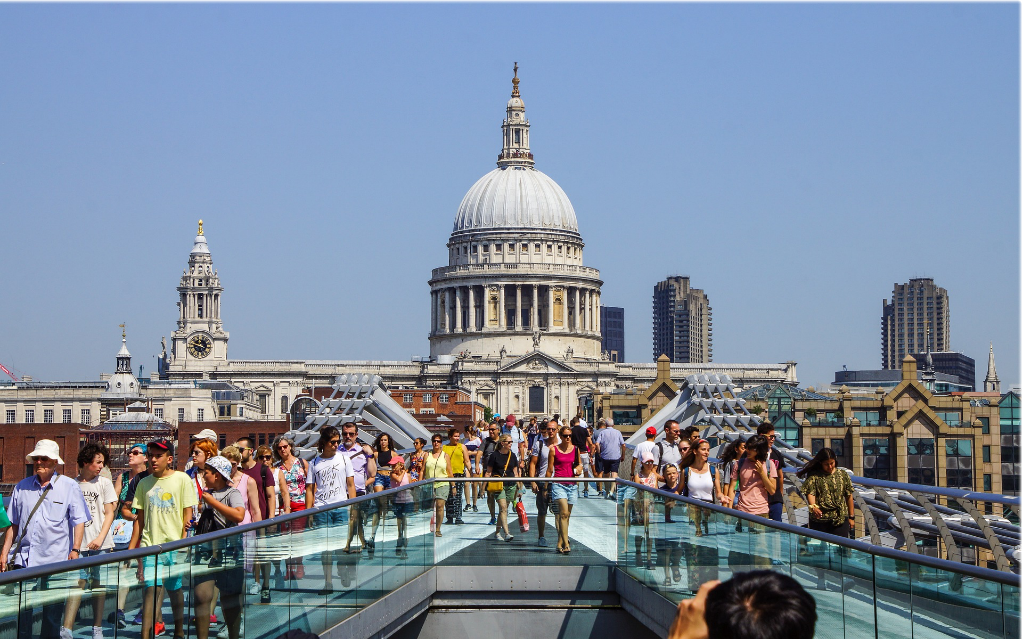 The juxtaposition of the beautiful neo-classical architecture of St Paul’s Cathedral and a stark modern glass walkway.

Image by Frank Nürnberger from Pixabay


Symbols are important for human beings. They are essential in helping us to truly experience who we are and where we fit in the wider world and universe.

Metaphor must exist side by side with perfectly executed form, yet it is form and function that seems to rule the day, and culture is suffering for it.

Brethren all, I exhort you to dedicate yourself to protect and pursue the symbolic; to uncover the meaning of this system which can richly enhance your understanding of yourself, the world, and the others with which you share it.

I wish you well on your Masonic journey, may you continue to delve deep into the symbolic meaning of our Craft, and may your search adorn you with beautiful wisdom.

Craig Weightman grew up in Hinckley, Leicestershire and was educated at the University of Leicester, gaining a degree in Psychology and Computer Science.

He was initiated into Freemasonry in 2003, and became master of his lodge in 2014.

Outside of his interests in Freemasonry, Craig is a lecturer in Computer Games Design and Computer Science at a college in Warwickshire. He also develops websites for businesses.

Craig is the author of 'A Journey in Stone'. 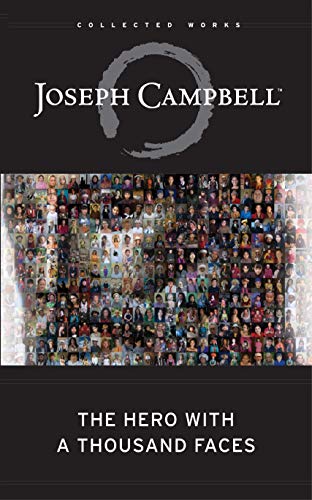 The Hero with a Thousand Faces

Explore the Hero’s Journey in stories as old as humanity and as new as last night’s dream The latest incarnation of Oedipus, the continued romance of Beauty and the Beast, stand this afternoon on the corner of 42nd Street and Fifth Avenue, waiting for the traffic light to change.

Since its release in 1949, The Hero with a Thousand Faceshas influenced millions of readers by combining the insights of modern psychology with Joseph Campbell’s revolutionary understanding of comparative mythology.

In these pages, Campbell outlines the Hero’s Journey, a universal motif of adventure and transformation that runs through virtually all of the world’s mythic traditions. He also explores the Cosmogonic Cycle, the mythic pattern of world creation and destruction.

As relevant today as when it was first published, The Hero with a Thousand Facescontinues to find new audiences in fields ranging from religion and anthropology to literature and film studies. The book has also profoundly influenced creative artists—including authors, songwriters, game designers, and filmmakers—and continues to inspire all those interested in the inherent human need to tell stories.

A Journey in Stone – Extracts of Wisdom p.9

More extracts of wisdom from Craig Weightman's book 'A Journey in Stone' – this month, we explore the 'Illusion of the Self and the Truth of Interdependency'

A Journey in Stone – Extracts of Wisdom p.8

More extracts of wisdom from Craig Weightman's book 'A Journey in Stone' – this month, we explore the symbolism of King Solomon's temple with build a Freemasons Character

A Journey in Stone – Extracts of Wisdom p.7

More extracts of wisdom from Craig Weightman's book 'A Journey in Stone' – this month, we explore the pathway to the perfect ashlar that requires continual improvement

A Journey in Stone – Extracts of Wisdom p.6

More extracts of wisdom from Craig Weightman's book 'A Journey in Stone' – this month, we explore the Working Tools of the Third Degree.

A Journey in Stone – Extracts of Wisdom p.5

More extracts of wisdom from Craig Weightman's book 'A Journey in Stone' – this month, we explore the Working Tools of the Second Degree.

A Journey in Stone – Extracts of Wisdom p.4

The Working Tools of the First Degree – the twenty-four-inch gauge. This book collates masonic author and psychologist, Craig Weightman's collective wisdom and philosophy, taking you on a fascinating 'journey in stone'.

A Journey in Stone – Extracts of Wisdom p.3

A Journey in Stone – Extracts of Wisdom p.2

A Journey in Stone – Extracts of Wisdom

For those who have enjoyed Craig Weightman's thought-provoking and inspiring monthly features, this book collates his collective wisdom and philosophy, taking you on a fascinating 'journey in stone'.

Craig continues his previous exploration into the 'hero's journey' through life's travails; this month we discover how within the stormy sea of battling opinion and confusion, there is an island called Freemasonry.

The Season of Renewal

This spectacle takes place at the same time every year. Literally, the sun 'dies' for three days, then is reborn on the Christmas morning.

Coming to Terms with the Great War Within Ourselves

Discover your 'shadow' - the black-and-white path to self-awareness - "A man who is possessed by his shadow is always standing in his own light and falling into his own traps...living below his own level." - Carl Jung

The Masonic Art of Being a Gentleman

What defines the masonic art of being a gentleman; a chivalrous, courteous, or honourable man?

Decoding the Square and Compasses

The square and compasses is the most famous symbol with which Freemasonry is identified. However, this is not just a logo that helps the organisation to stand out from the rest.

While it is yet day

Each moment is a gift that you can make the most of. We can all do more; many of us do not live our lives to the full.

The hero’s journey can also be seen in the Masonic system; a candidate first considers embarking on the Masonic journey but wonders whether it is really for him

Those Talents Wherewith God Has Blessed You

Incorporated in the charge to the initiate, has a lasting impression of what Freemasonry is all about.

The Great Architect of the Universe

When a candidate for 'Regular' Freemasonry is interviewed, prior to being admitted, he is always asked if he believes in a Supreme Being.