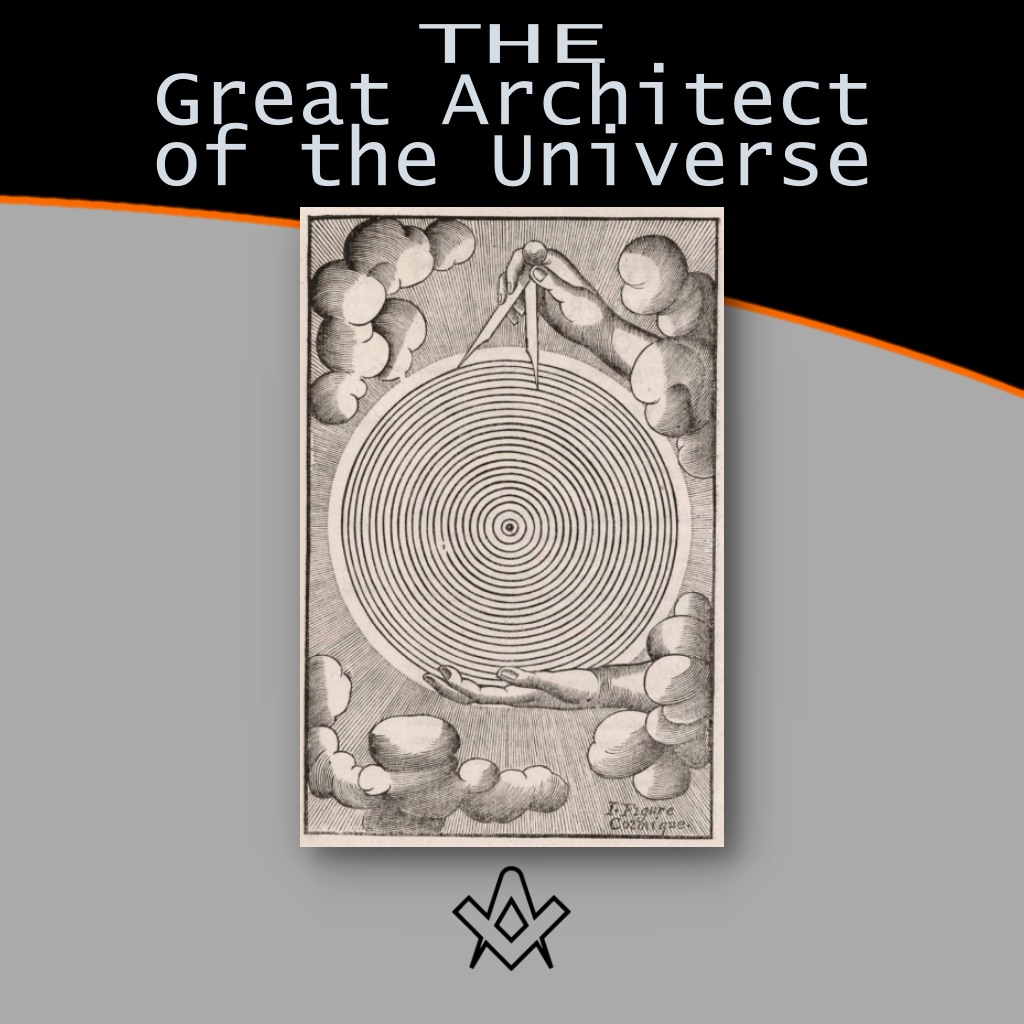 When a candidate for ‘Regular’ Freemasonry is interviewed, prior to being admitted, he is always asked if he believes in a Supreme Being. Answering the affirmative to this question is essential, if one is to gain access to our Order.

Why, then, is it so important for a Freemason to believe in a Supreme Being in order to join?

Firstly, it is important to establish that Freemasonry does not require the belief of any particular deity.

The wording is very specific and intentional; believing in ‘a Supreme Being’ is sufficient enough, and the topic is not further discussed after the candidate indicates that he has some sort of belief.

This is because Freemasonry focuses on humanity as a universal concept, and not just those who have one particular belief over another.

As we know, there are many variants of spiritual belief in the world and Freemasonry does not see one’s particular beliefs as an obstacle to membership. 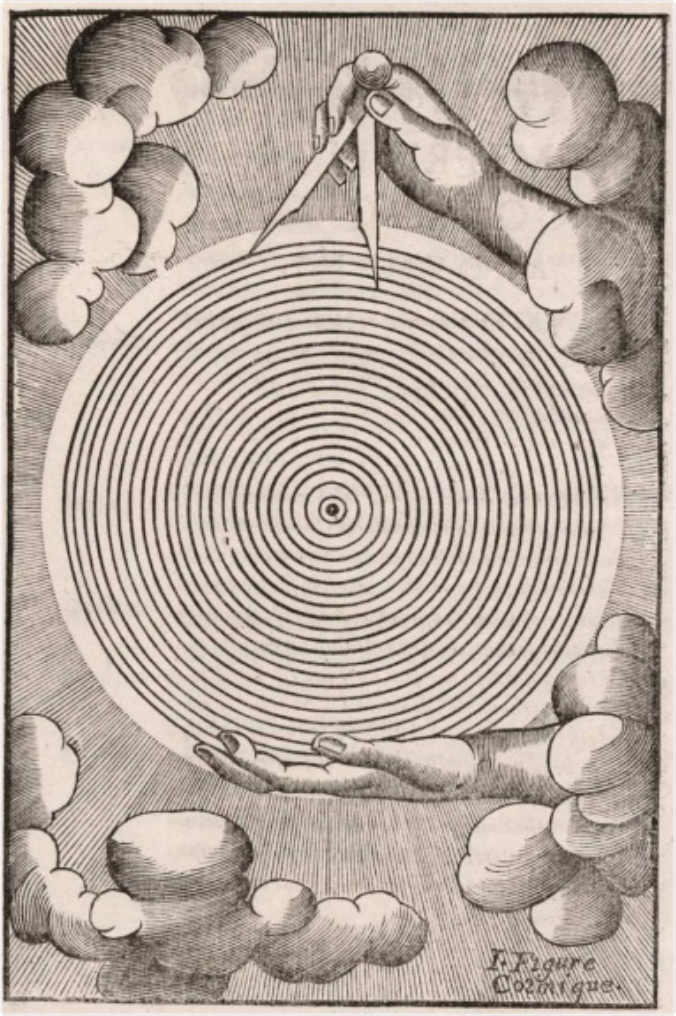 If Freemasonry is so concerned with universal concepts of humanity, you might ask, why does it demand a spiritual belief at all? This is an interesting question, especially in this world that seems to be becoming ever more secular.

To answer this question, we can first look at the moral content of Freemasonry itself.

The Order is established on the concept of teaching the practice of every moral and social virtue, and it has been a long-established tradition of invoking deity to reinforce moral codes within society.

This is founded on the idea that all morality comes from God, and that the obedient following of that God, whatever the name, implies following a moral life. At least, this is the theory.

It therefore makes sense, when looked at from this point of view, that Freemasonry should demand a belief in a Supreme Being in order to try to get the moral measure of the person being interviewed.

A second reason that belief in a Supreme Being is so essential, is that the ceremonies within the degrees of Freemasonry make explicit reference to a being that it refers to as the ‘Great Architect of the Universe’.

This is not to be interpreted as a distinct Masonic deity; there is no such thing.

It is, however, a cleverly worded symbolic place holder name for the deity who is the subject of your own particular faith.

Whenever a Mason hears the term ‘Great Architect of the Universe’, they are invited to think of their own particular interpretation of deity.

It is therefore important, from this second perspective that a person believes in a being that is central to the lore of Freemasonry itself, so that the story holds its relevance.

Some might assume that these initial two reasons are sufficient to explain the requirement for the belief in a Supreme Being.

However, there is a third and deeper reason why belief in a deity is so essential. Put simply, this is because Freemasonry at its core is the art of knowing yourself, and your relationship to the Universe and its creative source.

It is a journey to your own centre, where lies the secret that was lost.

Trust me, it is not giving anything away to plainly state that this secret is your connection with the creative source.

Hearing or reading it in words is one thing, actually understanding this secret is entirely another.

The story of Freemasonry is particularly clear in its symbolism, as it demonstrates this Masonic purpose.

A Freemason journeys up the winding staircase to the middle chamber of King Solomon’s temple, wherein he finds particular characters denoting the name of God, and is also the resting place of the famed Ark of the Covenant.

This middle chamber, in the Hebrew tradition, was believed to be the actual residing place of deity.

Once you understand that the temple of Solomon is meant to represent the human individual, then one can see that the discoveries in the middle chamber are the same discoveries awaiting us in our own cores. 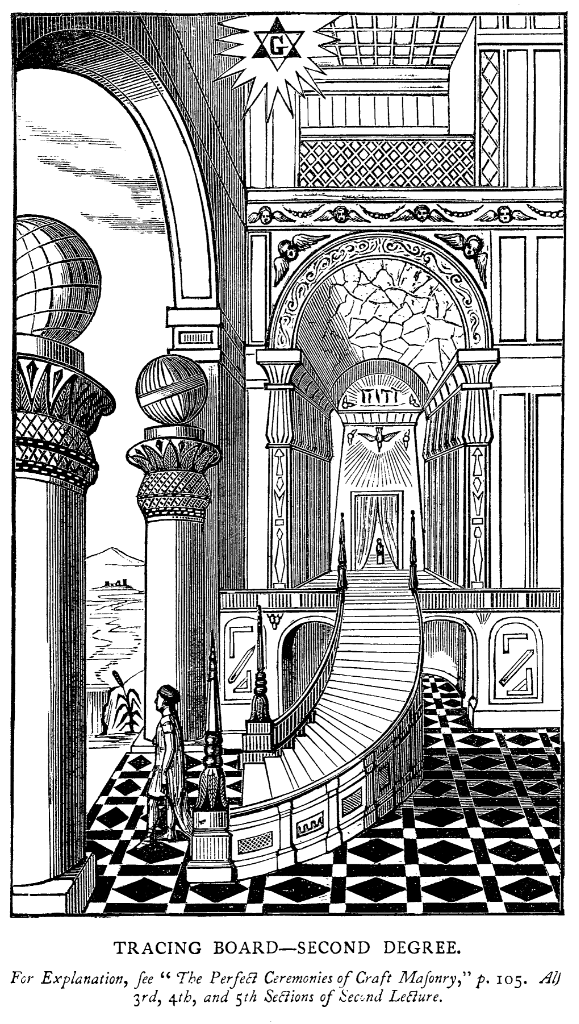 Some who have been paying attention, thus far, may have noticed that earlier I switched from stating that a Mason is seeking God, to using a more general term – the creative source.

This was on purpose because the term ‘God’ is too loaded with pre-conceived notions. In truth, the creative source is far beyond human understanding.

Our understanding of ‘God’, whatever we might think that might be, doesn’t even come close. The general term, serving only as a conceptual handle, is far more appropriate in this discussion. 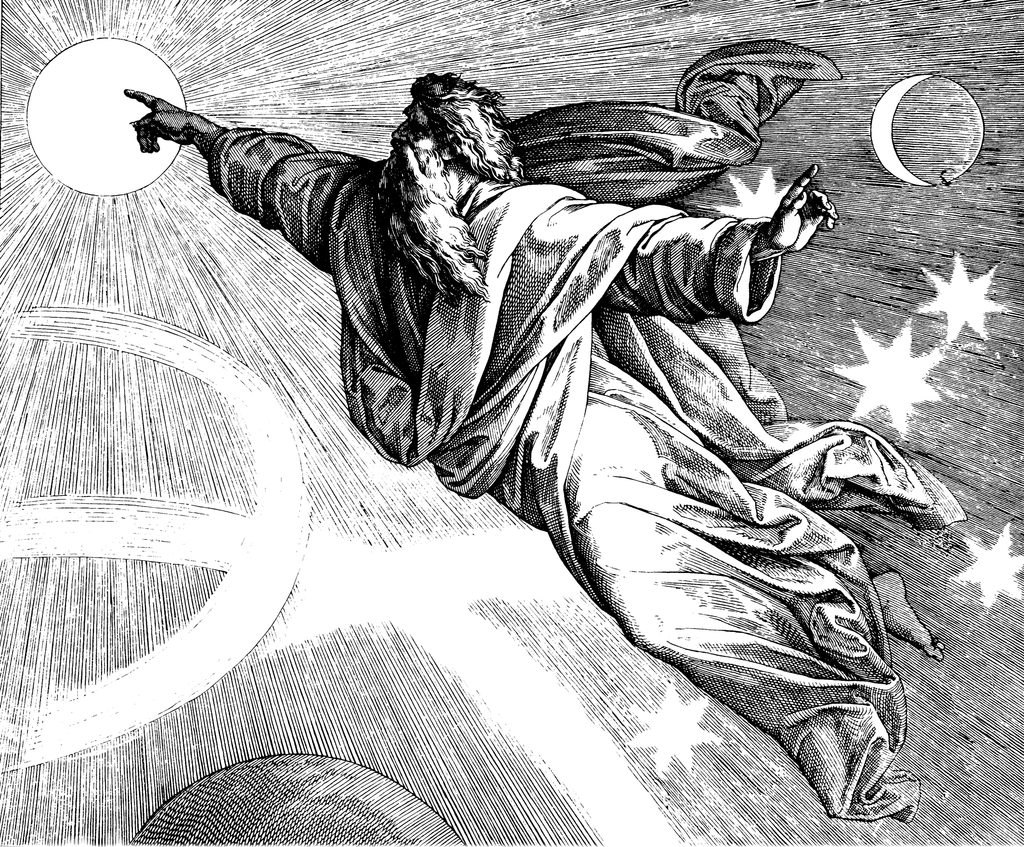 Another reason for using this more general term is because it necessarily decouples the subject from a religious context and invites other ways of understanding the term.

Those with a more secular, scientific leaning might see the creative source as the Big Bang. This start point of the universe is as equally incomprehensible.

We are always stuck with something called the infinite regress.

In all honestly, I don’t think humankind will ever have a full answer to this; it will forever transcend our understanding.

Whether one is inclined to have a secular leaning, or a religious one, I think it can be agreed that the fundamental rules of the universe and creation are what drives both a massive star and a human being.

They are what drives a human brain and the movements of human consciousness.

If we pay attention to the inner workings of this consciousness, we can then discern our connection to this undercurrent, and discover that it is one and the same as that which underlies the whole of creation.

This is uniting with truth, which is the very aim and definition of a spiritual journey.

As a final thought. Freemasonry may well come to a point soon where – in these secular times – it will question if it needs to keep this insistence on a belief in a Supreme Being.

I think there is no question that it should remain. Just as I used ‘creative source’ as a general term to encapsulate the transcendent, Freemasonry uses ‘Great Architect of the Universe’ for this exact same reason.

Whether one rejects organised religion, or holds on to it; whether you believe the source can be described in the language of mathematics or the language of scripture; the supreme transcendent source of all things is a reality for all.

Craig Weightman grew up in Hinckley, Leicestershire and was educated at the University of Leicester, gaining a degree in Psychology and Computer Science.

He was initiated into Freemasonry in 2003, and became master of his lodge in 2014.

Outside of his interests in Freemasonry, Craig is a lecturer in Computer Games Design and Computer Science at a college in Warwickshire. He also develops websites for businesses.

Craig is the author of 'A Journey in Stone'.

A Journey in Stone – Extracts of Wisdom p.9

More extracts of wisdom from Craig Weightman's book 'A Journey in Stone' – this month, we explore the 'Illusion of the Self and the Truth of Interdependency'

A Journey in Stone – Extracts of Wisdom p.8

More extracts of wisdom from Craig Weightman's book 'A Journey in Stone' – this month, we explore the symbolism of King Solomon's temple with build a Freemasons Character

A Journey in Stone – Extracts of Wisdom p.7

More extracts of wisdom from Craig Weightman's book 'A Journey in Stone' – this month, we explore the pathway to the perfect ashlar that requires continual improvement

A Journey in Stone – Extracts of Wisdom p.6

More extracts of wisdom from Craig Weightman's book 'A Journey in Stone' – this month, we explore the Working Tools of the Third Degree.

A Journey in Stone – Extracts of Wisdom p.5

More extracts of wisdom from Craig Weightman's book 'A Journey in Stone' – this month, we explore the Working Tools of the Second Degree.

A Journey in Stone – Extracts of Wisdom p.4

The Working Tools of the First Degree – the twenty-four-inch gauge. This book collates masonic author and psychologist, Craig Weightman's collective wisdom and philosophy, taking you on a fascinating 'journey in stone'.

A Journey in Stone – Extracts of Wisdom p.3

A Journey in Stone – Extracts of Wisdom p.2

A Journey in Stone – Extracts of Wisdom

For those who have enjoyed Craig Weightman's thought-provoking and inspiring monthly features, this book collates his collective wisdom and philosophy, taking you on a fascinating 'journey in stone'.

Craig continues his previous exploration into the 'hero's journey' through life's travails; this month we discover how within the stormy sea of battling opinion and confusion, there is an island called Freemasonry.

The Season of Renewal

This spectacle takes place at the same time every year. Literally, the sun 'dies' for three days, then is reborn on the Christmas morning.

Coming to Terms with the Great War Within Ourselves

Discover your 'shadow' - the black-and-white path to self-awareness - "A man who is possessed by his shadow is always standing in his own light and falling into his own traps...living below his own level." - Carl Jung

The Masonic Art of Being a Gentleman

What defines the masonic art of being a gentleman; a chivalrous, courteous, or honourable man?

Decoding the Square and Compasses

The square and compasses is the most famous symbol with which Freemasonry is identified. However, this is not just a logo that helps the organisation to stand out from the rest.

While it is yet day

Each moment is a gift that you can make the most of. We can all do more; many of us do not live our lives to the full.

The hero’s journey can also be seen in the Masonic system; a candidate first considers embarking on the Masonic journey but wonders whether it is really for him

Those Talents Wherewith God Has Blessed You

Incorporated in the charge to the initiate, has a lasting impression of what Freemasonry is all about.

The Great Architect of the Universe

When a candidate for 'Regular' Freemasonry is interviewed, prior to being admitted, he is always asked if he believes in a Supreme Being.