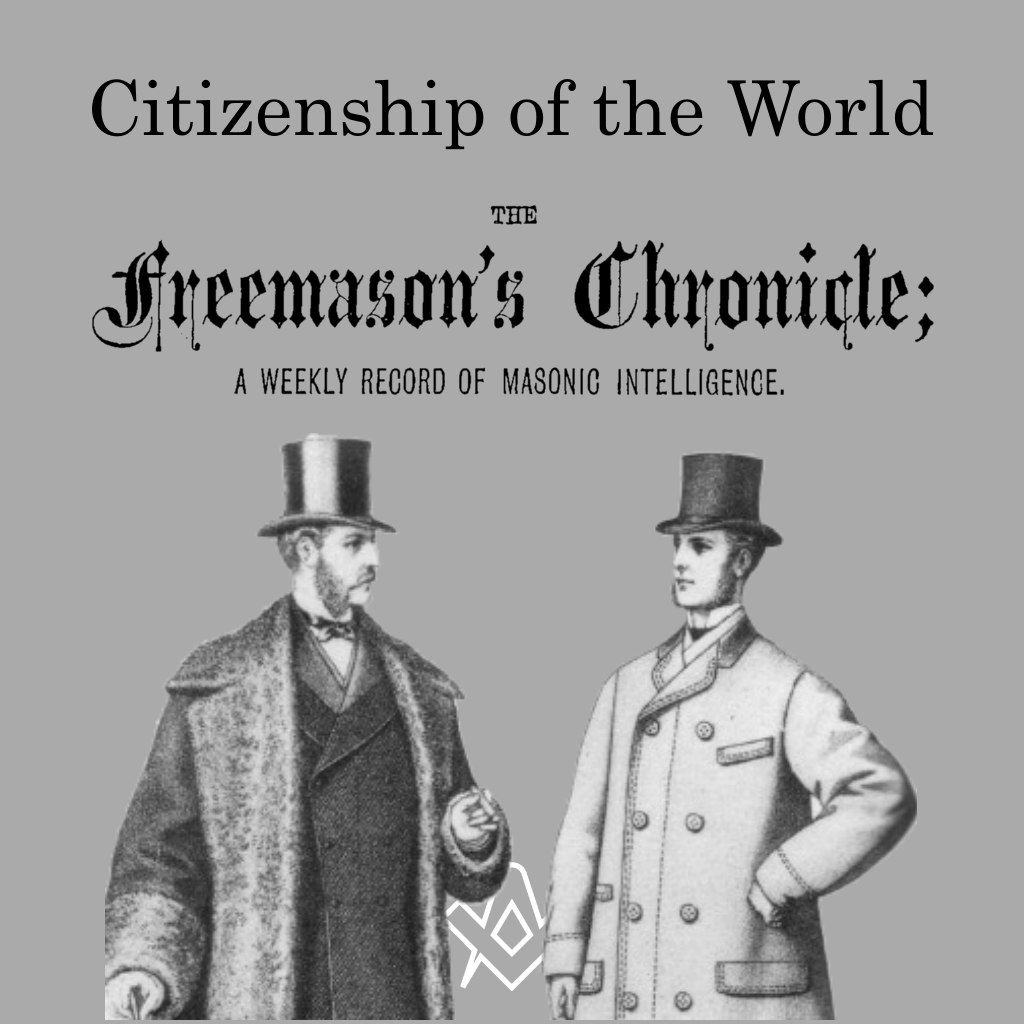 “AS wide as the earth; as deep as the human heart.”  This is the ideal that some young and enthusiastic minds form of a cosmopolitanism which shall embrace the great human family. Many a man has aspired to be an apostle of cosmopolitanism.

The great traveller, or the lounger, who has sauntered through every capital of Europe, may imagine that because he has seen many countries, or men of many nations, that he is therefore qualified to teach us the true principles of international toleration, or rather citizenship.

Culture and refinement may, indeed, gain by the labours of such men as these; but it often happens that the traveller is a man of narrow ideas, who has gone through the world incapable of justly estimating the facts presented to his mind, while the lounger, who hangs about the saloons of fashion, often knows nothing of men outside his own sphere.

Citizenship of the world was indeed a dream of the young England party a generation ago, and it is rather odd that the gallant young gentlemen, who showed so conclusively that they had “the courage of their opinions,” did not seem to be aware that the principles upon which true cosmopolitanism should be based had long before been expounded by two great corporations, which are destined to influence man while the earth endures.

The first of these is the Christian Church ; the second is the great fraternity of Freemasons.

It is not our business to speak in these columns of religious questions, but no one can deny that the transcendent intellect of Jesus had sketched the principles upon which universal brotherhood should be based more clearly and accurately than any of the great prophets or philosophers who preceded him.

Confucius, the Chinese thinker, did, indeed , make some approach to the golden rule.

Socrates, four hundred years before our era, was clearly on the track which Jesus afterwards pursued, yet he but faintly grasped the noble idea of a brotherhood which should be co-extensive with the human race.

There can be no question that Masonry owes its noblest principles to the founder of Christianity.

Its Charity, its Brotherly Love, its comprehensive grasp of humanity as a whole, were no doubt derived from the Prophet of Nazareth.

Learned writers have, indeed, proved that the Talmud contains an immense body of moral precept, only second in importance to that contained in the Gospels; but these precepts were, so to speak, the private property of a nation, the people of which had no idea of inviting- the whole world to become partakers with them of the measure of truth they enjoyed. 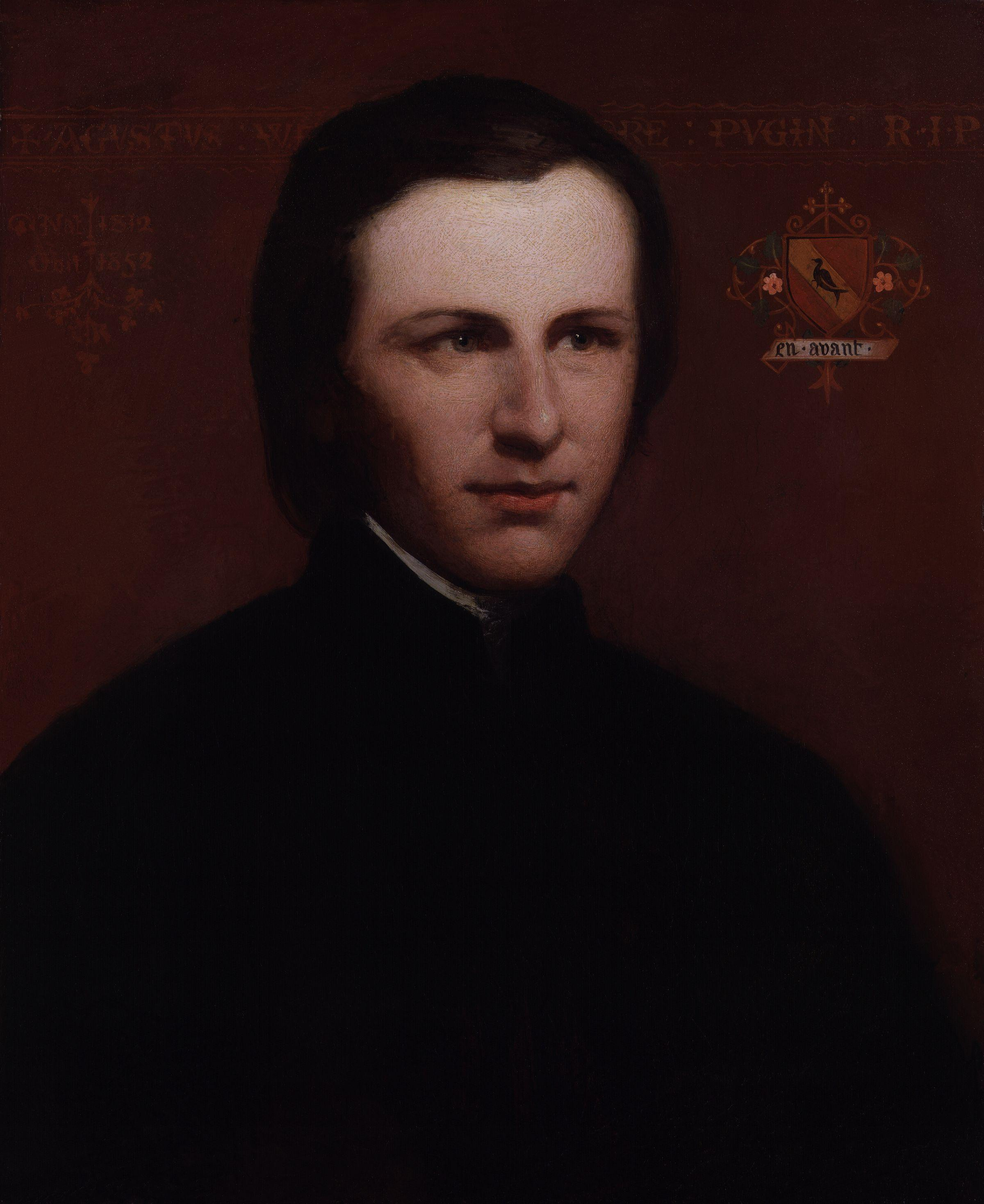 Augustus Welby Northmore Pugin  (1 March 1812 – 14 September 1852) was an English architect, designer, artist and critic who is principally remembered for his pioneering role in the Gothic Revival style of architecture. His work culminated in designing the interior of the Palace of Westminster in Westminster, London, England, and its iconic clock tower, later renamed the Elizabeth Tower, which houses the bell known as Big Ben.

Masonry, which dates its foundation far beyond the Christian era, is yet deeply indebted to that marvellous period when Christian art, as Pugin justly called it, flourished, for the breadth and Charity which are its distinctive traits in the present age.

The architects of the great Gothic cathedrals not only spread Masonry over Europe, but they enlarged its moral boundary line.

The eternal truths on which the scientific portion of Masonry is based are no doubt derived from a study of the works of the Great Architect of the Universe; but the grand principles which we are proud to regard as the guiding stars of the Order, the principles of Brotherly Love, Relief and Truth, come from a source nearer to humanity than the manifestations of Divine Power.

A Mason is essentially a citizen of the world.

A Mason is essentially a citizen of the world. Toleration, in its broadest and widest sense, is taught him in the sacred arcanum of the Lodge.

Creed, colour and nationality are nothing to him; but wherever he may roam he recognises the members of the Craft as peculiarly his brethren.

In the presence of such cosmopolitanism as this the boastings of individuals outside the Masonic circle are vain and to trivial.

A man of the world may indeed educate himself regard the people he meets as in some sense related to him by great moral and social tics, but he must be a gentleman, as well as a man of large and liberal ideas, before he can consent to forget the prejudices of his age and country.

It is the Mason who is bound to his fellows of the Craft by that mystic tie which has often been recognised and respected in the heat of the battle, in the midst of plague, pestilence and famine, and at times when political tyranny lies made the confession of the principles of the Order dangerous to the social status, and even the life of the daring brother.

Such citizenship is glorious, and we, in common with the great mass of our brethren, are proud of its responsibilities and its claims.

The Freemasons Chronicle, a weekly record of masonic intelligence, was first published 2nd January 1875 London, England as an independent weekly journal of masonic interest and continued for 27 years.

It should be the business of a journal devoted to the interests of the Order to attempt the removal of prejudices such as these, which, though they may have little perceptible influence upon the prosperity of the Fraternity, yet have the effect of preventing timid or ill-informed persons from enlisting under its banner.

It will not only attempt to keep pace with the growing literary requirements of the day, but it will seek to exhibit the Order to the non-Masonic world divested of its technical details, and clothed in the garb of Charity and Brotherly Love.

The questions of the hour, which exercise the minds of thoughtful men, will be handled freely and broadly, without any tinge of political or sectarian bias.

The memoranda of Masonic gatherings which will appear from week to week, will be full and accurate; and as free interchange of opinion is one of the best signs of life and vigour in any society, ample scope will be given for Correspondence on topics of interest to the Order.

If we may venture upon a new rendering of words which recent events have made memorable, we will say here, once and for all, that we will be keen men of business, and will spare no effort, consistent with honour, to achieve commercial success; but first, and before all things, we will prove to our brethren and the world that we are FREEMASONS.

On The Order Of The Temple And Its Doctrine.

Order of Charles XIII of Sweden

The following translation of the Manifesto of King JL Charles XIII of Sweden, on the occasion of his establishing the Masonic Order which bears his name, and of the Statutes of the said Order, may be interesting to our readers. The Freemason's Chronicle, Aug. 28, 1875

Most of our readers in the course of their experience, have doubtless met with enthusiastic brethren who take it for granted that a Mason can do no wrong. These enthusiasts are thoroughly convinced that the vast majority of those who join the Order are the most benevolent, the most moral, and the very noblest members of society. - The Freemason's Chronicle 10 July 1875

The Right of Visitation

A visitor must make clear his identity to the satisfaction of the Lodge he proposes to visit. More than once have we been asked to explain our views as to the reception of strangers in a Lodge. - The Freemason's Chronicle - 29 May 1875

Is there reason in the accusation that Masonic energy looks only to a course of good feeds, when we can point to such grand results as have been achieved in these latter years, both in respect of the extension of our Order ? - 1May 1875