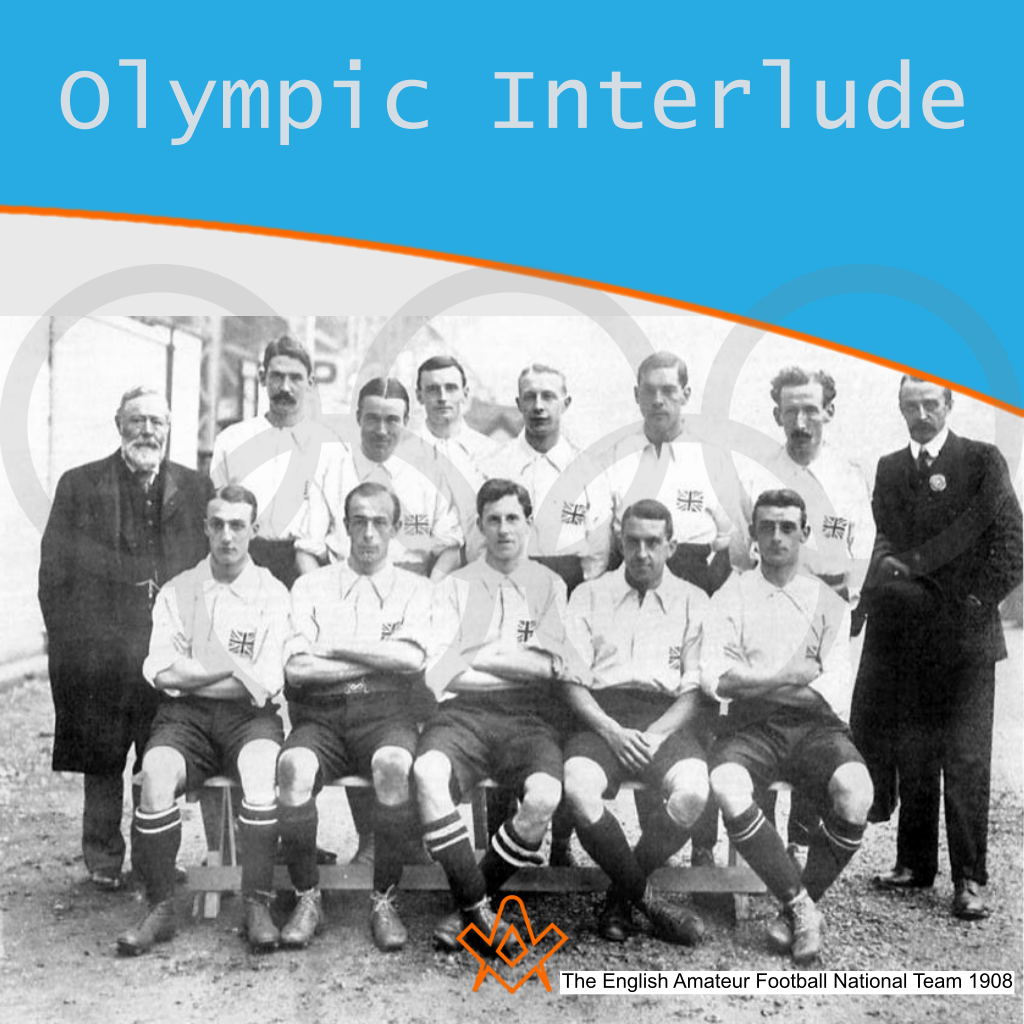 Their pinnacle being the ‘modern’ Olympics, held three times in Great Britain, although in those early days they would have been England inclusive of Ireland.

Paul Gardner reflects on those days of yore and the “gentleman footballer” in Masonry. 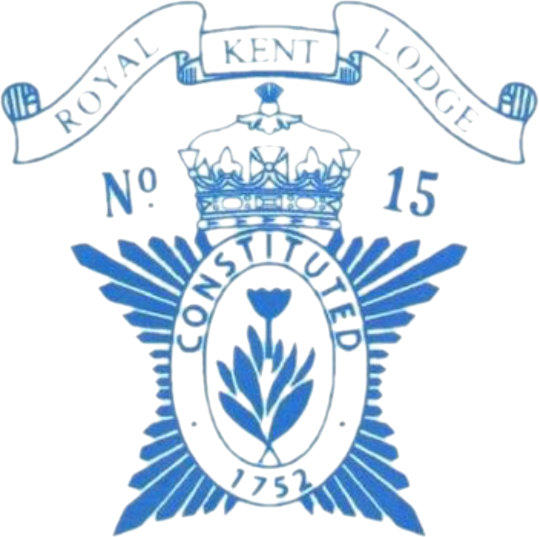 Kent Lodge No.15, an Antient’s Lodge,
featured several ‘Olympians’ in its long history – below are some notable members.

Chairman of Arsenal Football Club 1912 – 1927, all other directors were also Freemasons and members of Kent Lodge. Moved club from Woolwich Arsenal to Highbury in 1913, also owned Fulham and Croydon Common Football Clubs.

Mayor of Fulham during inter-war period. Presented Kent Lodge No. 15 with a banner in October 1917 (Since lost).

Younger brother of Henry Norris. (q.v.) Club Secretary at Fulham Football Club 1906 – c.1913; worked in accounts department of Arsenal Football Club but unclear whether he remained after his brother left in July 1927.

Business partner of Henry Norris at Arsenal football club. All Allen’s sons were Freemasons, initiated in Kent Lodge 10 March 1920, and all were WM at various times. He was a director of Fulham Football Club.

Born in Kennington, Surrey, Woodward was the seventh child of John, a successful architect and Freeman of the City of London, and Anna Woodward. Woodward became an amateur player at Chelsea (Vivian Woodward is second from the right, front row) and Tottenham Hotspur Football Clubs, epitomising the conflict between amateurism and professionalism, as football developed as a sport in England.

He held or co-held the overall England goal scoring record for 47 years – longer than any other player.

He captained the Great Britain team which won the gold medal at the 1908 Olympics, beating Denmark in the final before 8,000 spectators, and scored the second of two goals.

During World War I, he served as a captain in the 17th Battalion of the Middlesex Regiment, known as a “Footballers Battalion”, which included many members of Woodward’s former team, Tottenham Hotspur.

A resident of Clacton, Essex, Woodward worked as an architect with his father and later designed the Antwerp stadium for the 1920 Olympics.

Four years after his Olympic success, he was initiated in Kent Lodge, No. 15, London, joining members with links to several football clubs including Fulham, Chelsea, and Arsenal. 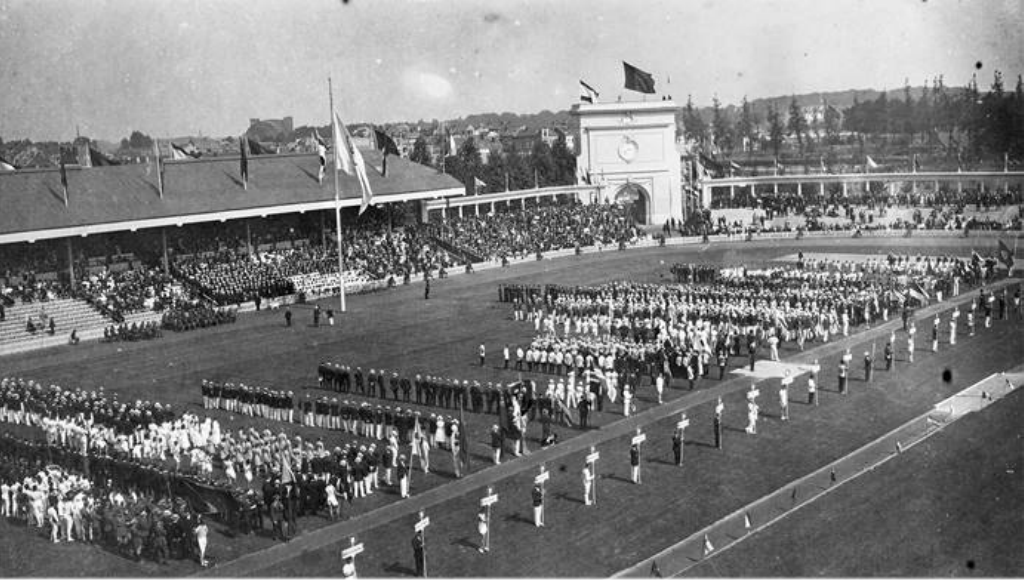 Antwerp stadium for the 1920 Olympics.

The first two of these symbols have featured at every Olympic Games since. A bright beacon after the Great War, and the epidemic of Spanish Flu, that had decimated the population of Great Britain.

The coming together of 2,626 athletes, representing twenty-nine nations, in Antwerp for the Olympic Games, the first to be organised after the conflict, stood, and still stands as a message of peace, unity and strength.

The emergence of several enduring Olympic symbols, expressing a strong message of hope, clearly fits with this sentiment.

Hardly could it have been known, with the passage of time, that Kent Lodge No. 15, with all its history, would also have such illustrious sporting connections.

History needs to be constantly updated and recorded and in 2016 Kent Lodge re-adopted its early title of ‘Royal Kent Lodge No. 15’ by the approval of the Grand Master following a decade of research into its unbroken history.

The Royal title was originally used in 1816, so named after the Duke of Kent, the Grand Master of the Antients at the time of the Union.

It fell out of use after 1820, when the Duke died. The associated Chapter likewise was permitted to change its title a year later.

With thanks to: Archivist and Records Manager, Library and Museum [FMH London]