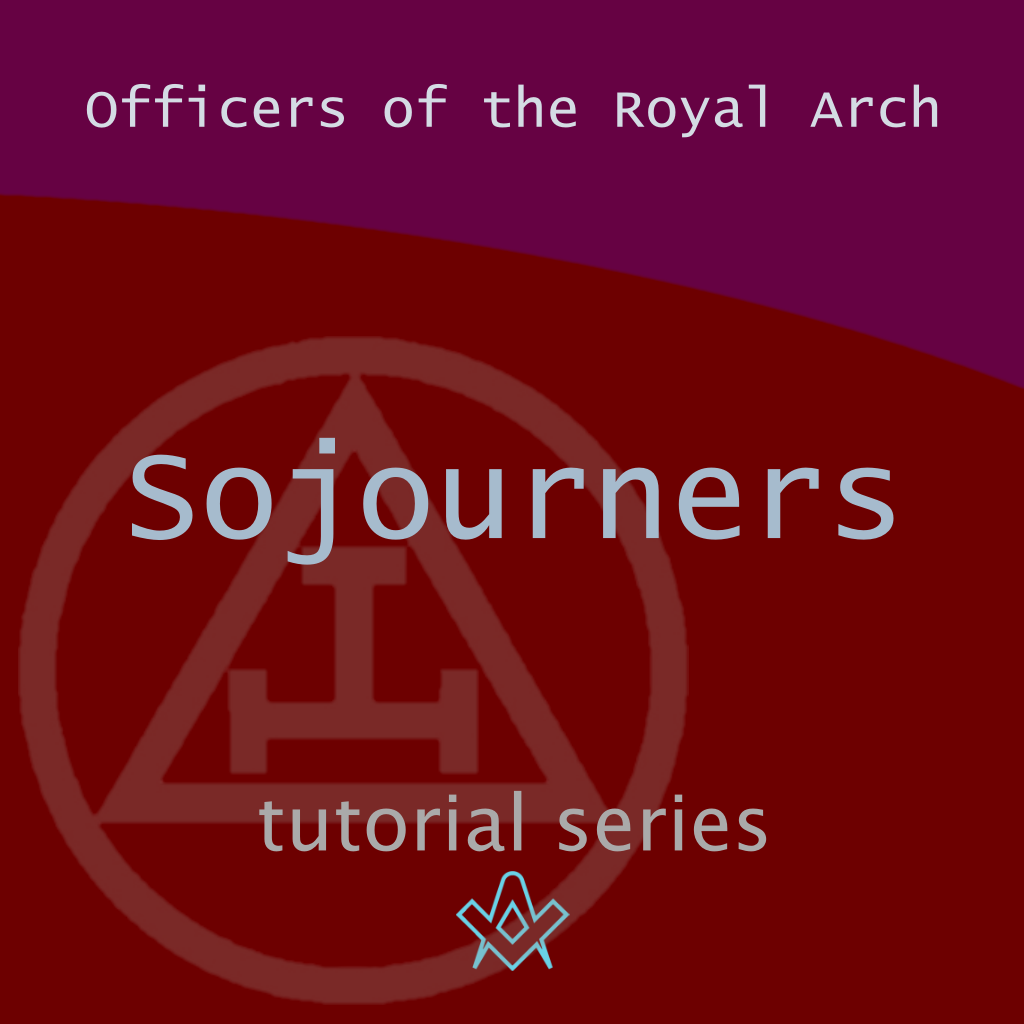 Who are the Sojourners , Having self-respect you never compare yourself to others.

Continuing on from the Officers of the Lodge 6 part series, we progress on to the Royal Arch.

This is number 1 of a 5 part tutorial series on the Royal Arch Officers.

Each part published monthly in The Square.

Ego, according to Ryan Holiday in his book Ego is the Enemy, is the “sense of superiority and certainty that exceeds the bounds of confidence and talent” You will never reach your spiritual goal having an unhealthy ego.

As in Craft Masonry you were taught to be humble in your demeaner by the way you were clothed and stripped of everything with material value.

Humbleness is again the case in the Holy Royal Arch. In Craft you may have reached the dizzy heights of Worshipful Master or even gained promotions in Province or Grand Lodge, but before entering the Holy Royal Arch you are still just at the starting point of your Spiritual journey.

A goal you can only reach with humbleness and humility. 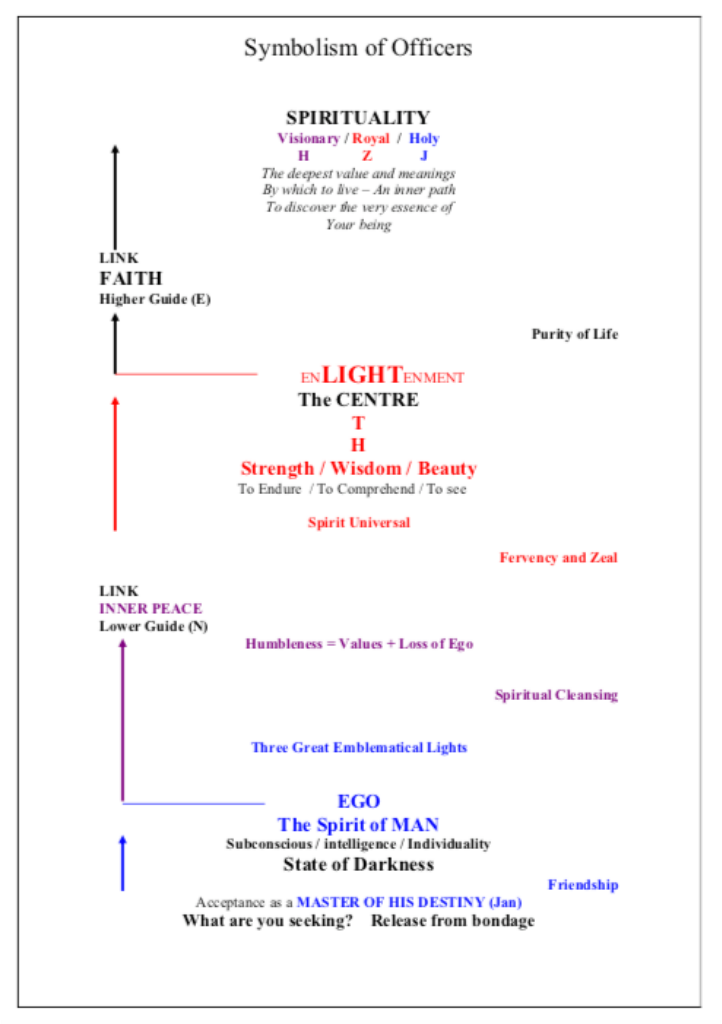 A healthy ego can have the benefits of allowing you to grow with a loving sense of self and a capacity to develop meaningful relationships.

However, an unhealthy or toxic ego, according to Ameet Ranadive, “makes you overestimate your ability and worth and underestimate the effort and skill required to achieve your goal” Solan McClean said “By turning your attention away from the ego you embrace your true spiritual self.”

There is a difference between self-respect and ego. Having self-respect you never compare yourself to others, you compete only with yourself to touch your deeper self, with ego you become manipulative to justify your own means.

The Sojourners, according to W. L. Wilmshurst, represents your ego, your subconscious, your intelligence, your individuality.

We have already expanded upon the dangers of ego, lets us now look into your subconscious, intelligence and individuality.

“the part of your mind that notices and remembers information when you are not actively trying to do so. It influences your behaviour even though you do not realise it.”

Surround yourself with positivity. Contemplate and visualize your goal. In doing so you will develop a strong sense of self-awareness and in the words of Eckhart Toll, “awareness and ego cannot coexist”

“the ability to learn, understand and make judgements or have opinions that are based on reason”

Make a daily advancement in Masonic knowledge. Be led by those “Three Great Lights” in Masonry.

It is by reading, reciting and understanding the ritual, as well as your faith, that you will make constant progress towards enlightenment and spirituality.

“the qualities that make a person different from others”

Every person is unique because every person has had different experiences and made different choices in their lives.

Make your story one that ends in virtue, happiness and spiritual enlightenment.

Sojourner is the Hebrew term for “a person (or group) residing either temporarily or permanently in a community or place that is not primarily their own, and is dependent on the “good will” of that community for their continued existence.” John R. Spencer

In the Holy Royal Arch you are seeking the “good will” of the Companions to teach and guide you to your ultimate goal.

Tao Te Ching said, “When the student is ready the teacher will appear”.

In these times of mental health awareness it is “ok not to be ok” Recognise when you need the assistance of a good companion to support you.

Have the humility to ask for help. It will be forthcoming in abundance.

The opposite of ego is humility, altruism, humbleness and modesty.

Ego is the Enemy – Ryan Holiday

Why is ego the enemy, and what we can do about it. – Ameet Ranadive

The Toxic Ego – Blog :Thoughts and Musing on the Ever Advancing Creation – Solan McClean

The Power of Now – Eckhart Toll

Although the Freemasons number over six million members worldwide, they are a very secretive organization. the general public today thinks of them as a social fraternity like the Rotary Club, but that is hardly the whole truth.

By mysterious coincidence, it seems, many Masons have been major figures in modern history. many of the Founding Fathers of the United States—including George Washington, Thomas Jefferson, Benjamin Franklin, and Paul Revere—were Freemasons.

The Meaning of Masonry explores the beliefs behind the order, its cryptic rites and symbols, and uncovers its ultimate purpose.

Commentary on the Third Degree Charge

The Third Degree Charge invites the candidate to reflect on his life as both a ‘moral’ and ‘educated’ man, and to contemplate on what may be missing in his life. The ‘genuine secrets of a Master Mason’.