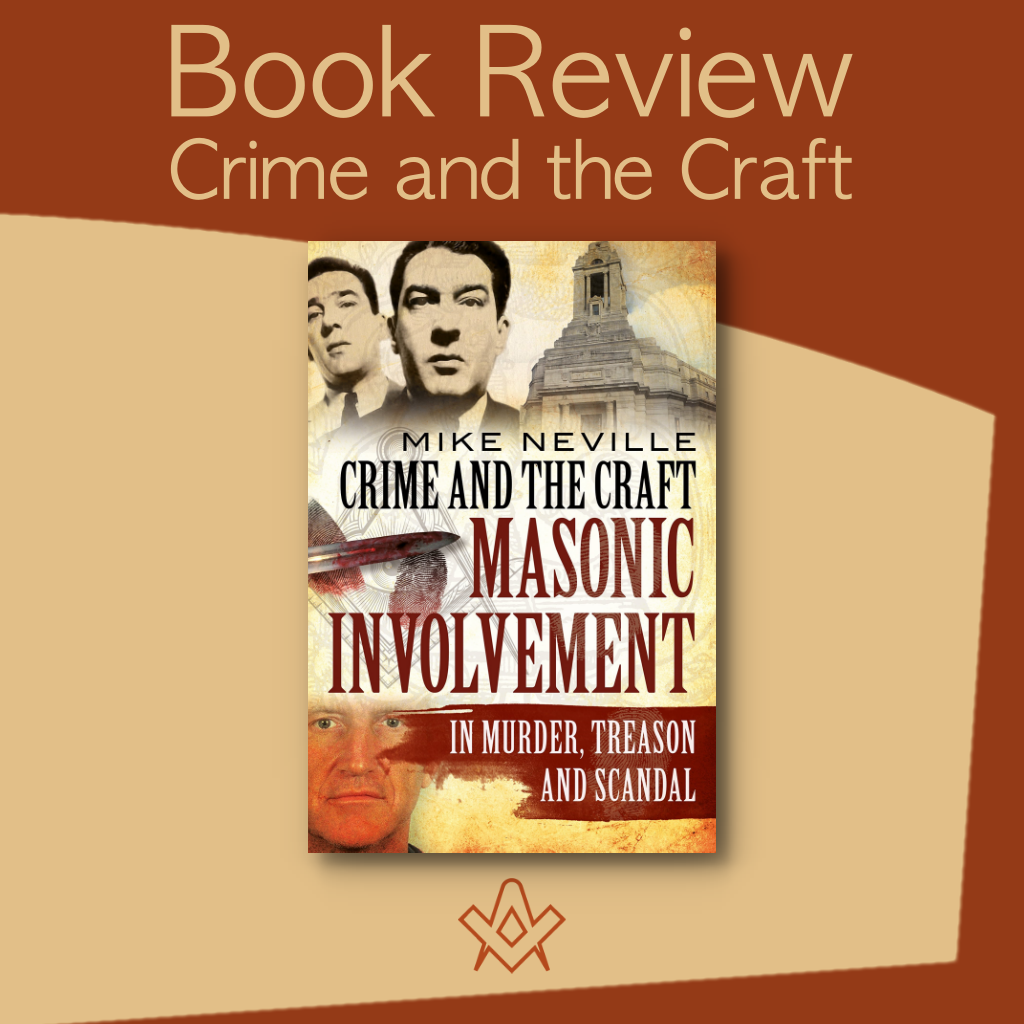 The book’s dramatic title – Crime and the Craft: Masonic Involvement in Murder, Treason and Scandal – suggests that the author might be a fly-by-night journalist with an axe to grind against Freemasonry, but in fact, Mike Neville is uniquely qualified to write it – he is a Freemason and retired Scotland Yard Detective Chief Inspector.

The back-cover blurb gives a tantalising overview of the contents:

Nearly every famous case investigated by Scotland Yard – including Jack the Ripper, Oscar Wilde, Dr Crippen, the Great Train Robbery, and the Kray Twins – is shown to have Masonic involvement.

The book uncovers Masonic involvement in police corruption, from the Trial of the Detectives in 1877 to Operation Countryman.

The true involvement of notorious gangster, Kenneth Noye, in Freemasonry is also revealed, as are the full details of the case of the Mason who made secret signs at the judge during a murder trial at the Old Bailey.

This book also describes how members of the Craft have been pioneers in the development of forensic pathology, fingerprint evidence, and the use of images to catch criminals.

Crime and the Craft answers the question: ‘Is there a relationship between Freemasonry and crime?’

However, it is Mike’s experience and authority that gives the book credence – he is neither overly defensive nor shies away from the truth of the matter that there have been some high-profile criminals that have also happened to be Freemasons.

What does come over quite succinctly is the logical reasoning that

a) just because a criminal is, or has been a Freemason, does not mean that all Freemasons are criminals

b) just because a Freemason has been found guilty of a crime, does not mean that Freemasonry was set up for, nor condones, criminal activity, and

c) you are going to get weeds in a field of flowers regardless of what that organisation is.

Of course, this is not what conspiracy theorists and/or anti-Masons want to hear because it doesn’t fit their already biased viewpoint and narrative, and I’m absolutely sure that they would be convinced that Mike Neville is part of the conspiracy: that narrative being along the lines of ‘well, he would say that – he’s a Mason and a former copper’.

Conspiracy theorists and anti-Masons are not new by a long shot and that is demonstrated right from the beginning of the book’s wonderfully diverse and creatively titled chapters.

Chapter one is effectively an introduction into the subject, in ‘Crime and the Craft: What Happens at a Masonic Meeting’, Neville paves the way by explaining – for the uninitiated – various aspects of the Craft, and the thorny issue of Masonic conspiracies and those involved.

He states that crime in the Craft is ‘very rare’, and that to most brethren ‘…crime and Freemasonry will seem very strange bedfellows, but for conspiracy theorists, the two are intrinsically linked’.

With that aspect sorted, the book then takes us on a chronological journey of shady characters, their Masonic involvement, and the outcomes of their nefarious crimes.

From the 1700s onwards, there are colourful figures who caused mayhem (and conspiracies) to abound during the politically tumultuous years in which Freemasonry was formed: the English Civil War, the Jacobite uprisings and plots, and the infamous hell-raiser LINK <Philip Wharton>, whose story is told in Chapter Five – ‘Lord Wharton: Grand Master, Traitor, and Flasher’.

I have to say that, having written articles on Wharton, the fact that he exposed himself on his wedding day ‘not only to his bride…but also to the entire wedding party’ to demonstrate to his wife what she could look forward to, was news to me!

Following on are cases which some may be familiar with, probably the most famous case reputedly involving members of the Fraternity is that of Chapter 35 ‘Jack the Ripper – Jack the Mason?’

There has been over 130 years of speculation, wild theories, and just as many dead-ends as to the chilling serial killer’s identity.

Numerous books, films and spin-offs have focused on the ‘Masonic’ element of the vicious killings – was Queen Victoria’s son, Albert Edward, Prince of Wales, Freemasonry’s Grand Master, and future king of England involved; were the Masons hiding the killer; was the killer a Mason?

Aside from the possibility that ‘Jack’ was a Mason (there are three candidates who fit that bill) there were numerous other Masons involved in the investigation, including: Commissioner of Police Charles Warren, the Lord Mayor of London, the coroner, police officers, and even the doctor, Thomas Openshaw, who examined the kidney sent with the ‘From Hell’ letter.

Other stories include those such as: John Wilkes, the man made a Mason in prison; Count Cagliostro; Masons who were sentenced to be hung, drawn, and quartered; the Masonic links to the Mutiny on the Bounty; and the strange case of ‘God’s Banker’ Roberto Calvi.

The book does not just focus on the misdemeanours involving Masons but also highlights where Freemasons were the victims of crime, and also the positive side of Masonic involvement in criminal proceedings – where members of the Craft within the police force, and the judiciary, were instrumental in bringing down notorious criminals: Chief Inspector Walter Drew who apprehended the poisoner Dr Crippen, Sir Bernard Spilsbury, the pathologist who solved the case of the ‘Bodies in Trunks’, and Leonard ‘Nipper’ Read – the top detective who brought the reign of the Kray twins to an end.

The bite-sized chapters begin with the subject’s: ‘Masonic Connection’, the ‘Date’, ‘Connection to London’, and ‘Lodges’. There are 59 chapters (including the ‘Conclusions’) and each one is concise, yet packed with information, alongside the evidence for and against each case.

So, what are the conclusions? Neville sums up in the final chapter, by stating ‘This book asks the question: Is there a link between Freemasonry and crime?’ The answer? Sorry, I’m not telling – you’ll have to buy the book!

But my conclusion is that Crime and the Craft is thoroughly well-researched and deftly written; a fascinating read for both Masons and non-Masons alike.

If you enjoy true crime, social history, and a dollop of scandal, this book will make a perfect addition to your library.

Mike Neville is a Freemason and a retired Scotland Yard Detective Chief Inspector.

He is an expert on the history of the Craft and the history of crime, and, as a result, travels the world assisting police forces and giving lectures in lodges.

Mike is also world-renowned for his ability to catch criminals with CCTV using ‘Super Recogniser’ officers.

He is the author of Sacred Secrets-Freemasonry, The Bible & Christian Faith, and holds the rank of Lieutenant Colonel in the Army Cadet Force, as well as being the National Training Officer for Music. 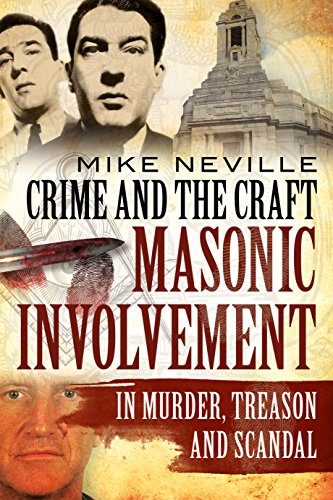 Crime and the Craft: Masonic Involvement in Murder, Treason and Scandal 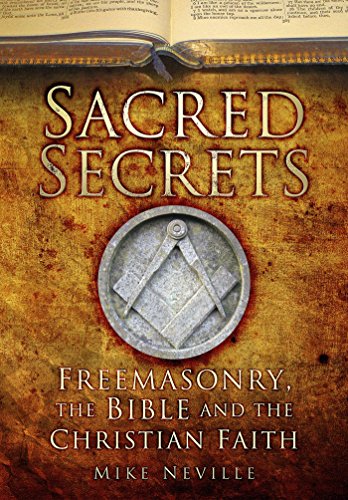 Who were Tubalcain, Jabal and Jubal and what is their significance for the Freemason?

There is a general interest in the rituals of Freemasonry, generated in part by the apparently obscure references they contain.

This is the only book that offers a guide to the stories used in Masonic ritual and their links to the Bible and Christianity. The new Mason is directed to a ‘serious contemplation of the Volume of the Sacred Law’ — but that is easier said than done without a grounding in the Scriptures, something that fewer and fewer people have.

The historical and geographical setting of the Bible is explained here, making such contemplation easier for Mason and non-Mason alike.

Mike Neville has systematically cross-referenced the most influential Chapters of the Bible to the ceremonies.

It is his intention to get Freemasons to understand the ritual — not just to memorise and regurgitate — as well as to elucidate for the non-Mason.

Sacred Secrets will aid the clergy, theologians and any other person interested in Freemasonry to see the links between ritual and scripture. 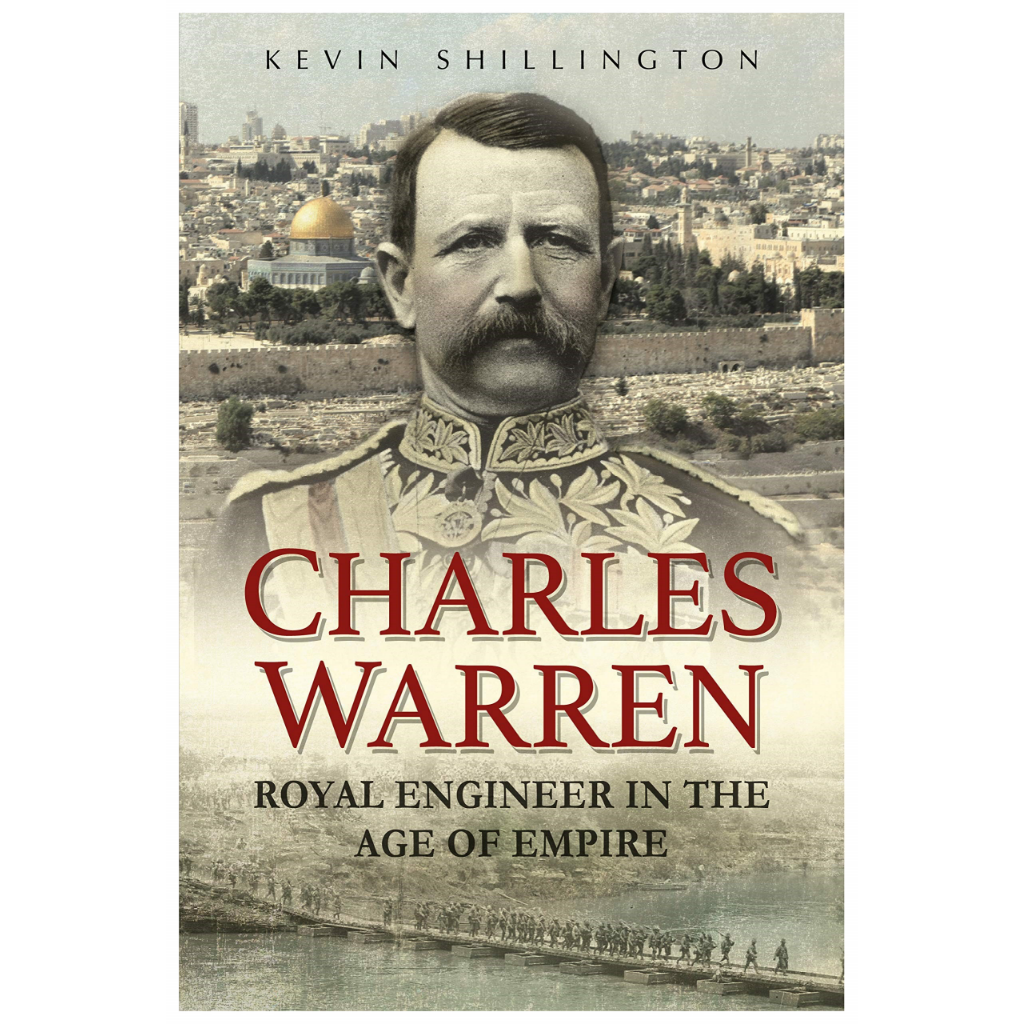 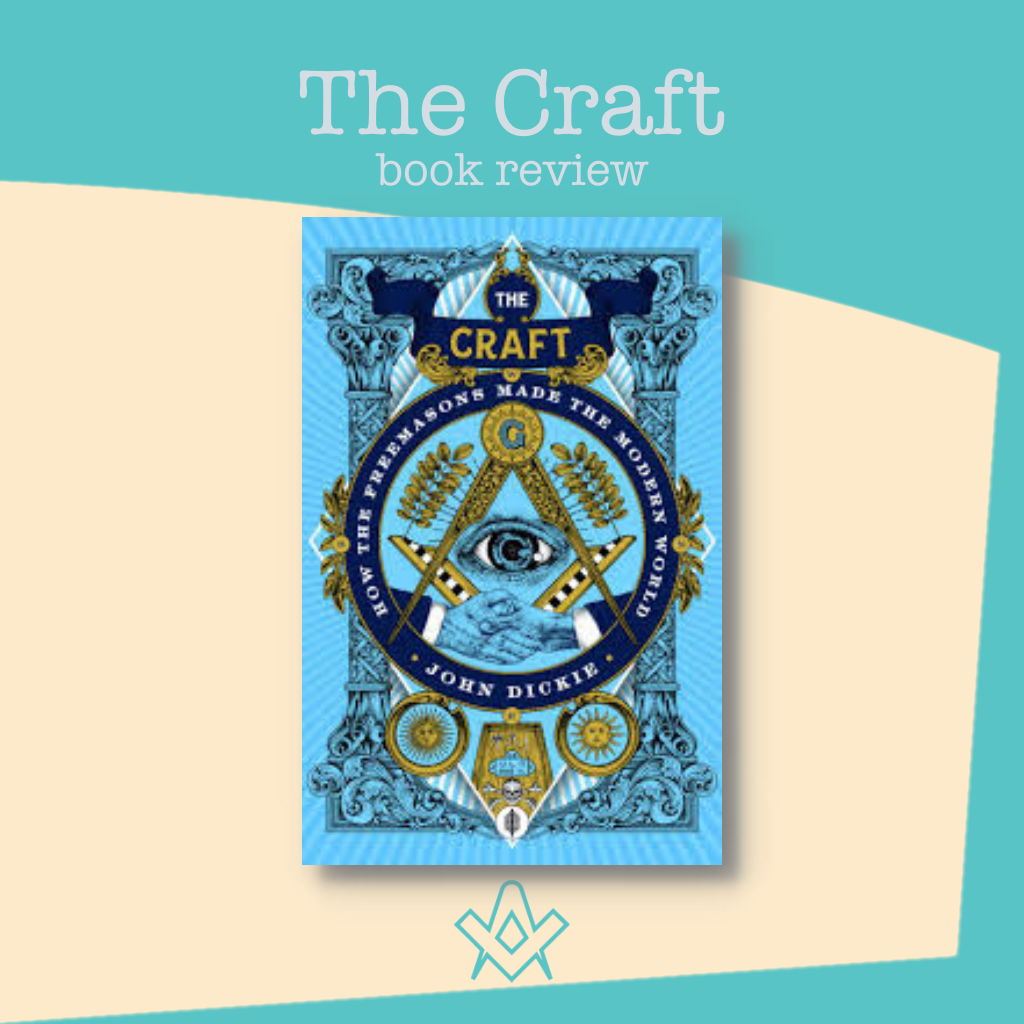 Review of the new book The Craft by John Dickie, Professor of Italian Studies at University College London  …read more 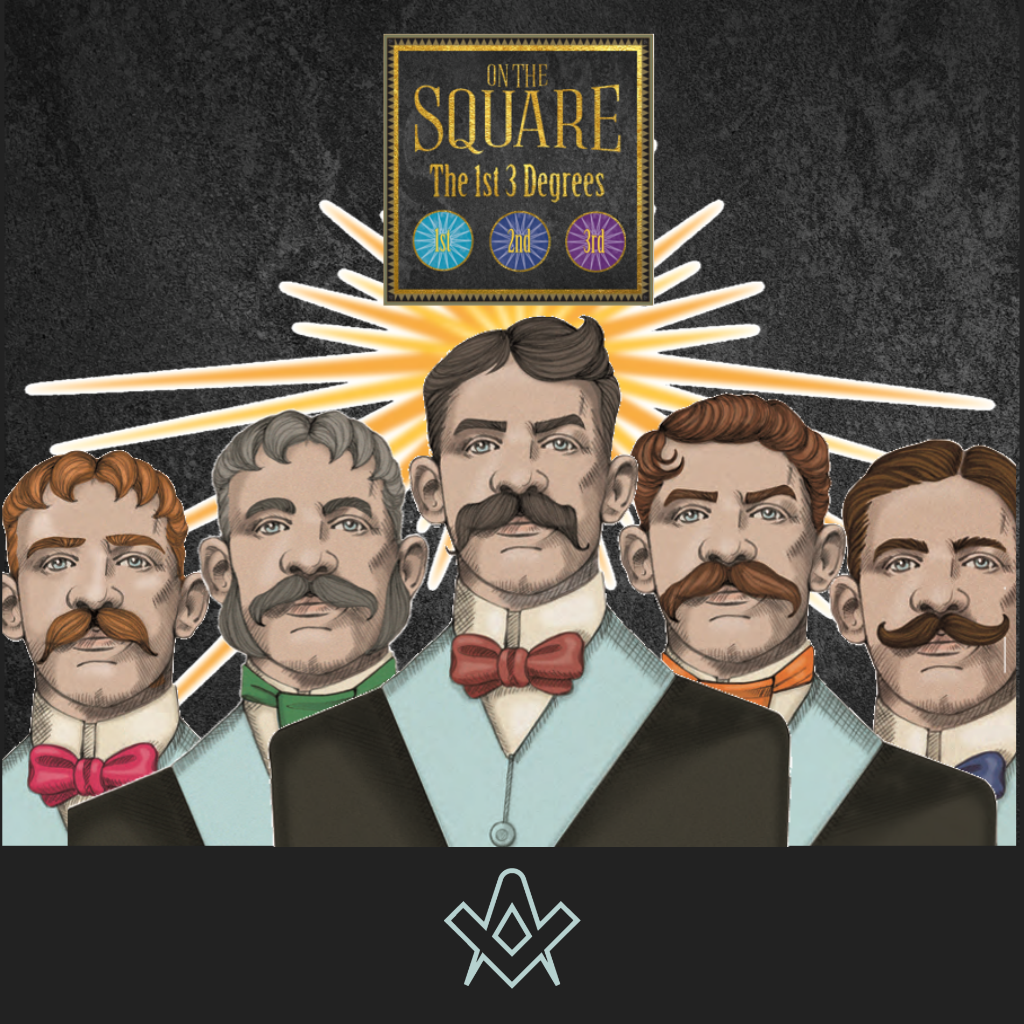 A new Digital Board Game based on The Freemasons  …read more