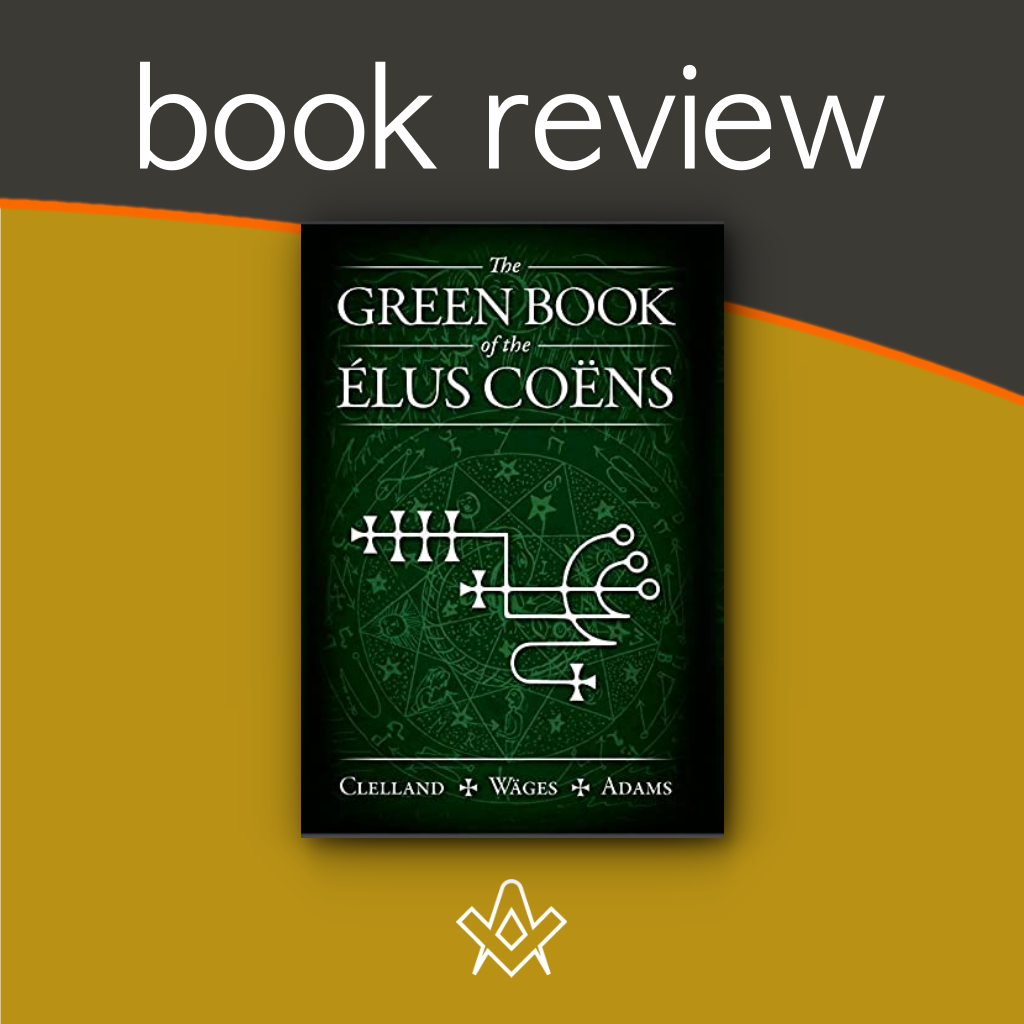 Representing the inner circle of most Martinist streams of Freemasonry today, the Order of the Élus Coëns teach an advanced form of ceremonial magic.

However, the original system has been lost and corrupted for centuries. Presented here for the first time, these original rites of the Élus Coëns instruct the initiate in how to enter into relations with angelic entities, which are sympathetic to Mans fallen state and who can aid him upon the path to reintegration with the Divine.

After the death of the Orders founder in 1774, the teachings of the Élus Coëns were doomed to fade into the mists of history – this new volume sheds the most illuminating light so far on this fascinating hidden aspect of masonic history.

Detailing the inner workings and highest degrees of the Order, this fascinating manuscript enlightens the reader in the true, very visceral nature of the Order.

Requiring the utmost commitment, and a decidedly monastic lifestyle, the Order prescribed everything from hairstyle to diet.

Far from the everyday festivities of mainstream Freemasonry, the Élus Coëns were spiritual warriors engaged in magical combat with angelic and demonic entities.

This new volume allows the English speaking world a look inside this secret hidden tradition and a peek behind the curtain of French Enlightenment Occultism.

The first English translation of the Élus Coëns’ most complete foundational document has been completed by Stewart Clelland, an expert on Freemasonry and Western Esotericism.

He holds a B.A. (Hons) in Fine Art and Philosophy, a Masters Degree in Western Esotericism, and a PGDE (Professional Graduate Diploma in Education) in Religious, Moral and Philosophical Studies.

The book was deftly edited by Josef Wages, and beautifully designed by Steve Adams, both of whose names rightly appear on the cover alongside Clelland.

Stewart’s passion for his subjects is evident in the conduct of the meticulous research and unbiased vision of this fascinating, yet complex Order.

The original ‘Manuscript d’Alger’ has an equally intriguing history: reported to have been in the possession of one of the Order’s members, André Pierre de Grainville (1727-1794), it passed through several hands and finally ended up in the The Bibliothèque nationale de France (BnF) under the listing ‘Le Manuscrit d’Alger (1772) (BnF FM4 1282)’.

Clelland gives a description of the manuscript and its travails within the Preface.

As the High-Degrees of Freemasonry swept across the landscape of eighteenth-century Europe, an obscure and secret occult order started to develop known as l’Ordre des Chevaliers Elus Coens de l’Universe or the ‘Order of Knight-Mason Elect-Cohens of the Universe’, more commonly referred to as The Elus Coen.

Recognised as the most serious and illustrious of the eighteenth-century esoteric masonic societies, much of the Order’s authentic original materials have been lost or forgotten for centuries.

The ‘Green Book’ or Algiers Manuscript is the largest and most significant single source, but we have also included additional facsimile sections from Ms. T.4188, par Prunel de Liere, held at the Bibliotheque Municipale de Grenoble and other important material.

Detailing the inner workings and highest degrees of the Order, this fascinating translation and collection of manuscripts en­lightens the reader in the true, very visceral nature of the Order. Requiring the utmost commitment, and a dedicated lifestyle, the Order prescribed everything from hair style to diet.

Far from the everyday festivities of mainstream freemasonry, The Elus Coen were spiritual warriors engaged in magical combat with angelic and demonic entities. These original rites of the Elus Coen, instruct the initiate how to enter into relations with angelic spirits, which are sympathetic to Man’s fallen state, and who aid him upon the path to reintegration with the Divine.

You would be mistaken for thinking that this book only contains the translation of the Algiers Manuscript, but within the weighty 445 page tome, there also contains:

• A full facsimile copy and transcription of Martinez de Pasqually’s ‘Registry of 2,400 Names’ – the names and hieroglyphs of angelic spirits associated with the Order’s rites
• The Secret Statutes of the Order
• Multiple Appendices, including degree catechisms
• The ‘Fonds Prunelle de Lière’ serpent drawings reproduced in full
• Newly discovered and previously unpublished private letters and correspondence.

This brief review cannot do justice to the sheer volume of information revealed within the book.

It is merely a taster to guide those with an interest in the esoteric and Masonic movements and Orders of the eighteenth century towards this title.

The only slight criticism to be had is perhaps a lack of depth with regards to an introduction to the Order of Élus Coëns for the lay person.

[For more info see a previous article ‘Who Were the Élus Coëns?’]

However, this remarkable book gives all English-speaking readers access to a vitally important document that has hitherto remained elusive and elite.

It will no doubt pique the interest of academics, Freemasons, esoteric aficionados, and history buffs in general, but do be aware that it may lead to some serious cross-referencing and research diving down intriguing internet ‘rabbit holes’, which is never a bad thing!

The Green Book of the Élus Coëns