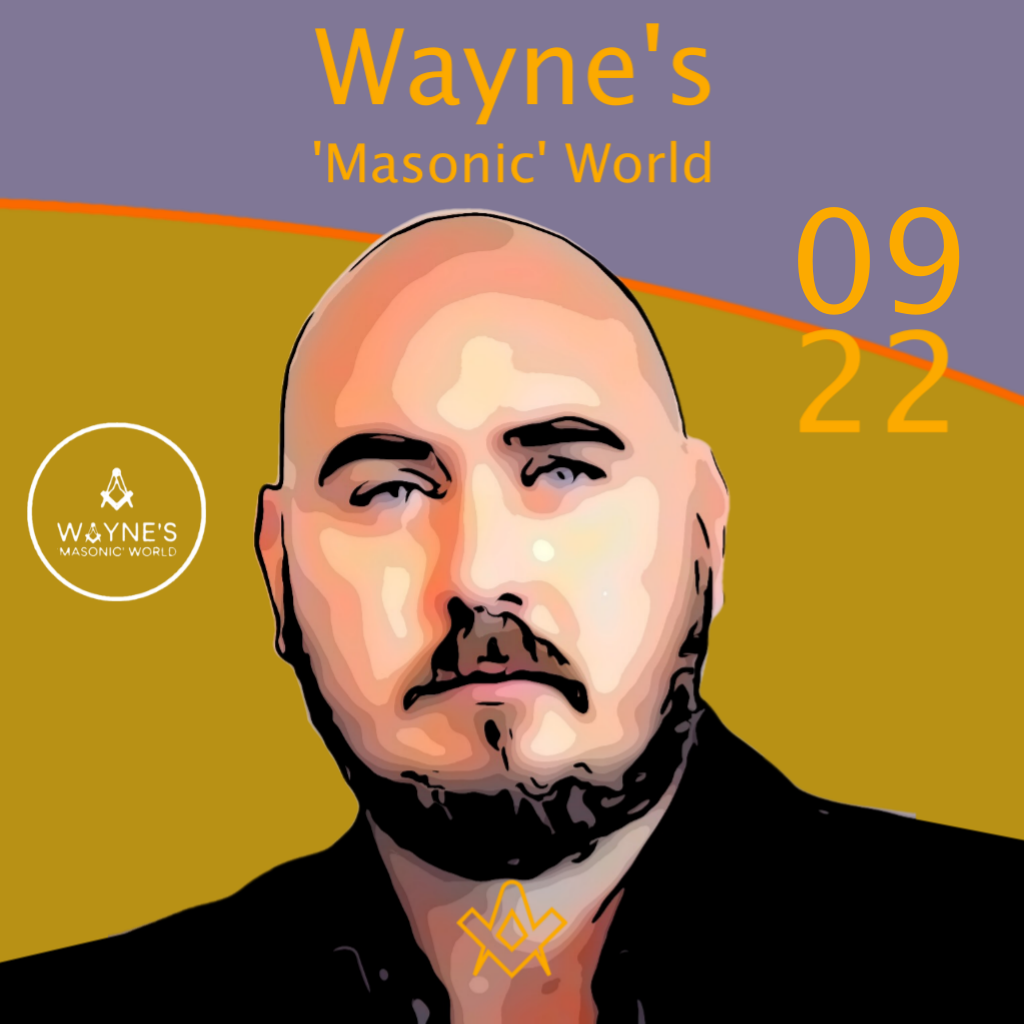 This month I would like to talk to you about our fraternal interactions.

In Freemasonry, we interact with each other all the time and there are always going to be brethren that you will get along with better than others.

It’s the same in your work, your family, and your circle of friends. Certain people will always stand out as more approachable or more sociable than others.

It’s very easy to be attracted to these kinds of people because it makes life straightforward.

We see someone who is an open book, approachable and friendly and so we navigate towards them effortlessly.

It’s the easy way of gaining company with the least amount of effort.

However, as Freemasons we need to make that extra effort to seek out those in our lodges who aren’t as forthcoming.

Perhaps they are shy or have trouble starting conversations and making friendships, some people really do have trouble with this kind of social interaction.

Maybe they are insecure or simply nervous of talking to people.

These then are the brethren that we should make an extra effort to talk to and befriend.

It can really help them to come out of their shells and join in the lodge as a whole and not just have a clique of confident brethren on the inside and an outside group of shy brethren who don’t have the confidence to push themselves into this ‘inner circle’ of the lodge.

This extra effort to include and support our quieter members can really help them grow in confidence which in turn can only improve our lodges. It’s a win-win situation.

I personally don’t think that there is a place for ‘cliques’ in lodges. I feel it goes against what Freemasonry stands for and I’m very lucky that I belong to a lodge that doesn’t have a clique, instead we stand together as a whole.

However, I have seen these cliques in action and it really does cause problems until it’s addressed.

Sometimes we get so comfortable with the way things are in our lodges that we may not even realise it is happening around us.

It’s a lovely feeling to be accepted into an inner circle of brethren, it’s very flattering but for those on the outside it can feel very isolating.

Freemasonry is great for your confidence as you often have to take part in proceedings and reciting ritual in front of your brethren is great for bringing people out of their shells, but lets not forget at our social boards some brethren might find it just that little bit harder to get the conversation going than others. A little effort with these brethren can go a long way. 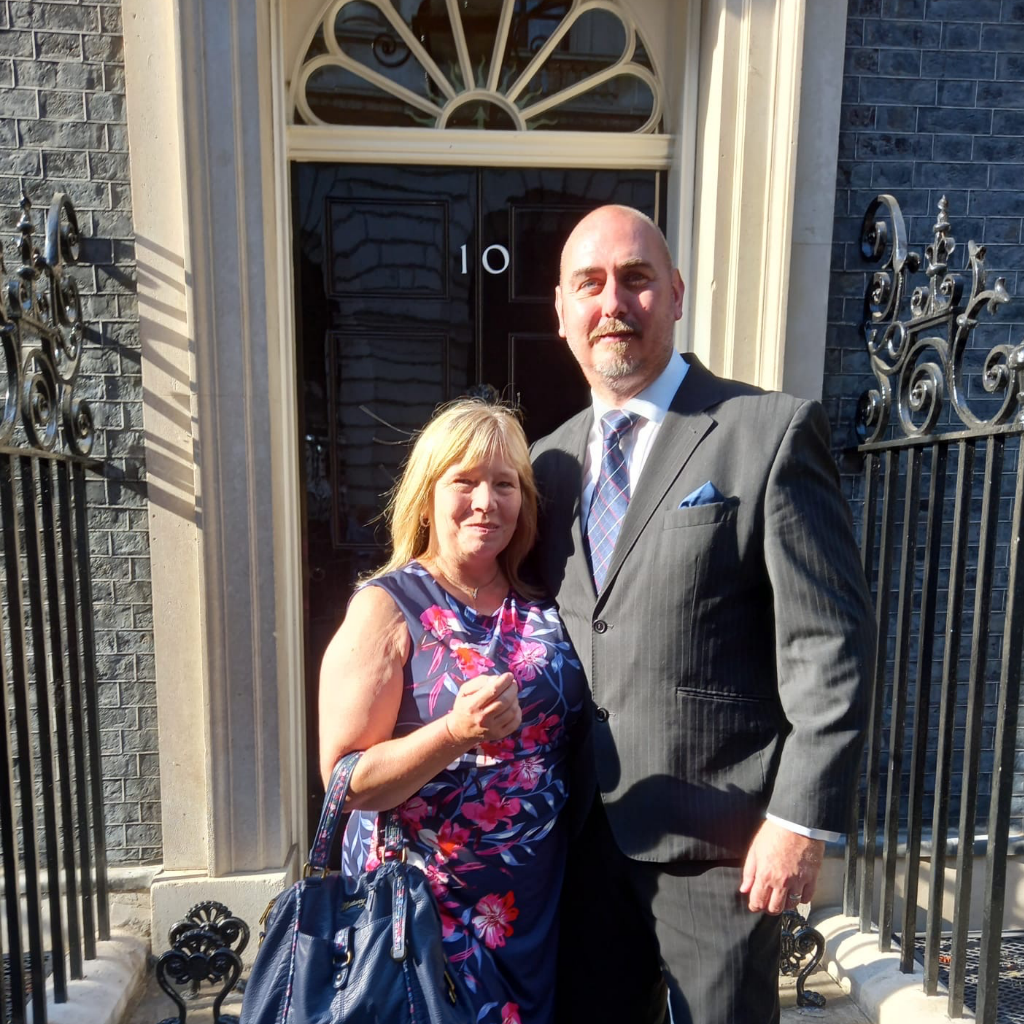 Wayne and Val at the famous front door of 10 Downing Street.

Recently it was me who was feeling shy and awkward at a social event where, at first I felt very out of place.

I was invited, along with my wife Val, to 10 Downing Street to meet the Prime Minister Boris Johnson. This invitation came out of the blue and with only a few days notice.

I was invited to a reception in recognition of my charity work over the past decade and the Prime Minister wanted to thank those individuals, such as myself, personally. I thought that was a lovely gesture

However, having never stepped foot in Downing Street, I didn’t know what to expect; I was unsure of the etiquette and what I would say to the leader of the United Kingdom.

I was reminded of my first day at lodge, not knowing what to expect or what I would say or do.

Through my years of being an entertainer I have gained a lot of confidence but this type of situation requires a different type of confidence. 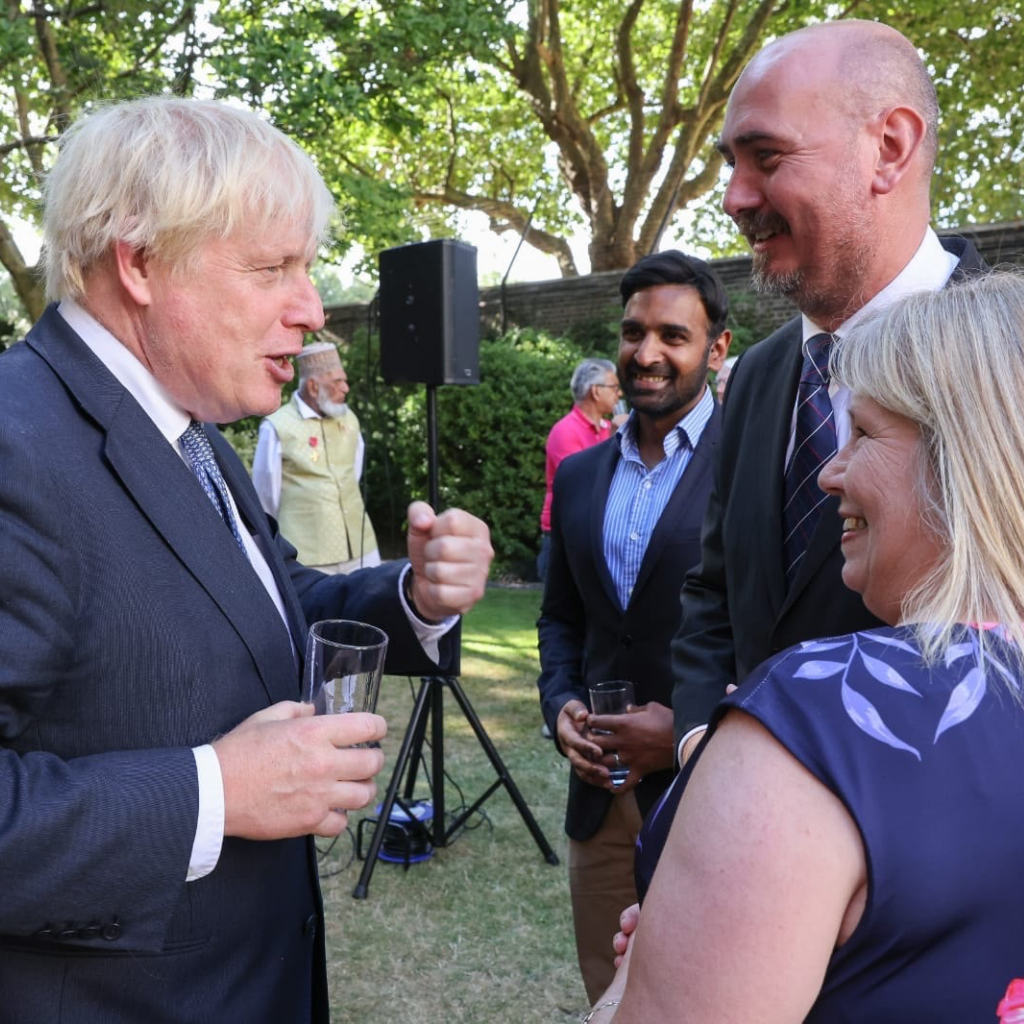 Wayne and his wife Val with Prime Minister Boris Johnson.

When the Prime Minister came out into his garden to talk to us, he first made a speech whereby he included everyone in attendance.

When he came across and chatted to me and my wife personally, he instantly put us at ease. He was open and friendly and I instantly forgot my previous nerves and very much enjoyed his company.

It was a great day that I will always remember, and a great example of how including someone and making that extra effort can really make a huge difference to how they, in this instance, me, feels.

This ability to include people and make them relaxed really reminded me of how it should be in lodge.

I made myself a promise that day that I will make an extra effort to make those brethren who might be shy or a little nervous feel more welcome and relaxed.

I recalled a quote that an old friend once said to me that ‘the greatest gift you can give to someone is to simply include them’. I want to keep giving that gift.

As Freemasons we have a responsibility to help those around us and that starts with our own Lodge members. If we are strong together within our lodges just think how strong we can be out in the community!

Thanks for reading and see you next month!

He lives in Manchester where he is a well known personality through his many years of working in the entertainment industry as an actor, singer and presenter.

Wayne has been a columnist for a Manchester newspaper for over four and half years and he also writes television show formats.

For the past two decades Wayne has raised a vast amount of funds for various charities and community groups. He has received many commendations for his fundraising including those from HRH The Duke of Kent, The Prime Minister Boris Johnson and the High Sheriff of Greater Manchester.

You can find more about him on his website www.waynedevlin.com

Wayne shares some exciting news and demonstrates that music most certainly transforms lives. It brings people together and unites the world – and so does Freemasonry. He is very proud to be both a Mason and a musician.

Wayne's articles are written to appeal to newer members into the lodge. - Freemasonry is a marathon not a sprint – make your years within the Craft truly count.