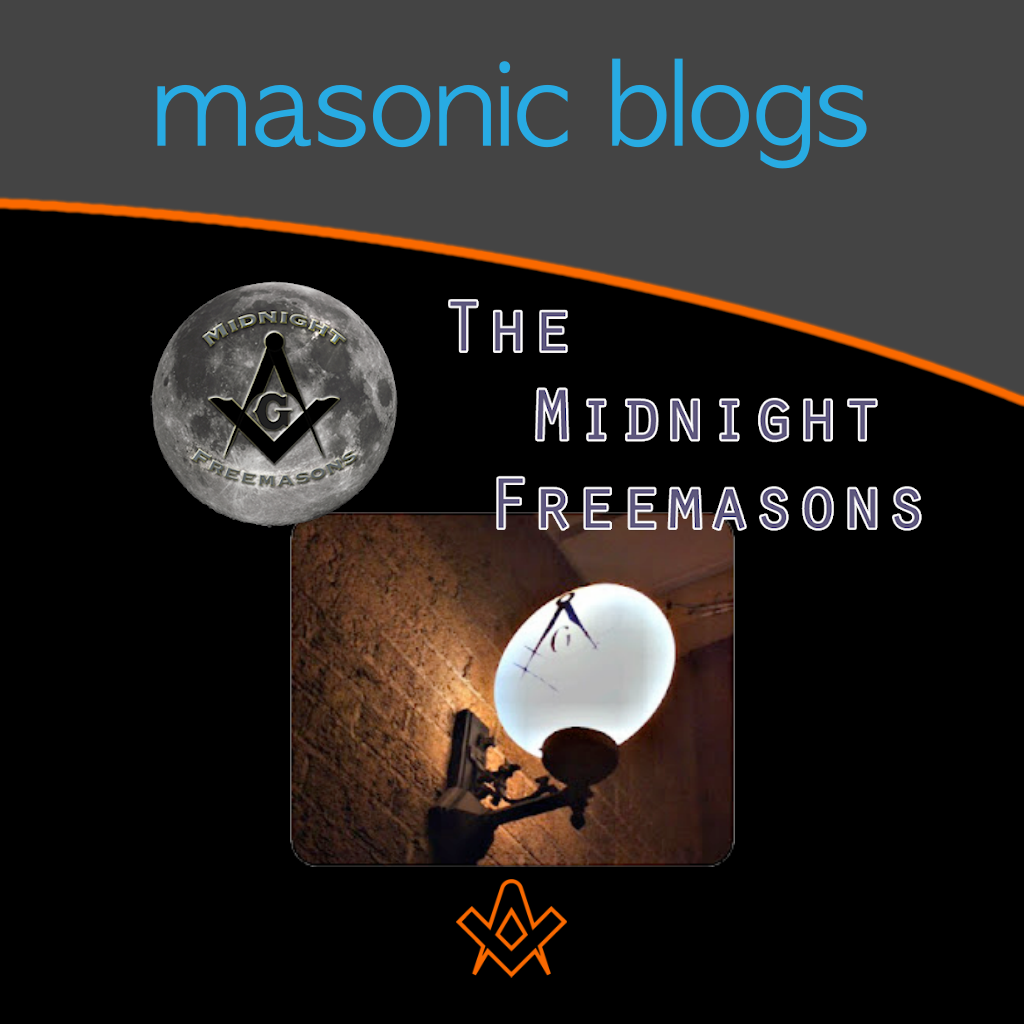 The Midnight Freemasons are a group of Master Masons who talk about topics of Masonic interest each from their own unique perspective.

You’ll find a wide range of subjects including history, trivia, travel, book reviews, great quotes, and hopefully a little humour as well on topics of interest for Freemasons and those interested in the subject of Freemasonry. 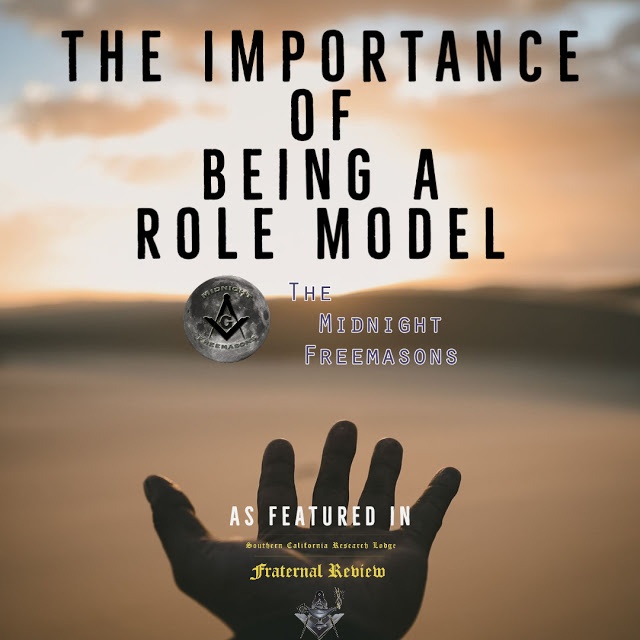 Here’s an extract from their latest blog – to read the full version click on the title:

The Importance of Being A Role Model – Revisit
by Midnight Freemason Contributor
WB Darin A. Lahners

[Editors Note] Originally published in 2018 here on the Midnight Freemasons Blog, I thought with a recent publication in the Fraternal Review, I would republish it here. It was read on the WCY Podcast as well in April of 2020, episode 442. It has a lot to say about mentorship–so relevant for right now when people need people, more than ever. I hope you enjoy.

Todd Creason recently wrote a wonderful article about the importance of having a good reputation. You can find it here: http://www.midnightfreemasons.org/2018/02/the-importance-of-good-reputation.html. What he said below really got me thinking:

“Men of good reputation and solid character used to be more common than they are today. We don’t teach the value of it anymore. Our society is so focused inward on ourselves, and our own selfish needs. We are a society of grown children, fighting and arguing on social media just like children used to fight and argue on the playground. We’ve never grown up and become men because we haven’t had the role-models. And just like children, we don’t think about what we’re saying, and we don’t think about what our words and actions are saying about us.”

It made me think about a few quotes from one of my favorite books (and later Movie):

“I see in the fight club the strongest and smartest men who’ve ever lived. I see all this potential and I see squandering. God damn it, an entire generation pumping gas, waiting tables, slaves with white collars, advertising has us chasing cars and clothes, working jobs we hate so we can buy shit we don’t need. We’re the middle children of the history man, no purpose or place, we have no Great war, no Great depression, our great war is a spiritual war, our great depression is our lives, we’ve been all raised by television to believe that one day we’d all be millionaires and movie gods and rock stars, but we won’t and we’re slowly learning that fact and we’re very very pissed off.”

“We’re a generation of men raised by women. I’m wondering if another woman is really the answer we need.”– Chuck Palahniuk, Fight Club.

Our role-models have been TV stars, movie stars, rock stars, and sports stars….

Below is a list of the Masonic authors who contribute to the blog, along with contact details: 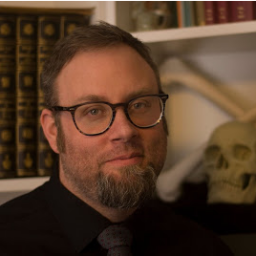 He is a Freemason out of the 2nd N. E. District of Illinois.  He currently serves as the Secretary of Spes Novum Lodge 1183. He is a Past Master of Waukegan Lodge 78 and a Past District Deputy Grand Master for the 1st N. E. District of Illinois.  Brother Johnson currently produces and hosts weekly Podcasts (internet radio programs) “Whence Came You?” which focus on topics relating to Freemasonry.

He is also a co-host of The Masonic Roundtable, a Masonic talk show.  He is a husband and father of four, works full-time in the executive medical industry. He is currently working on a  book of Masonic essays and one on Occult Anatomy to be released soon.

He can be reached at wcypodcast@gmail.com 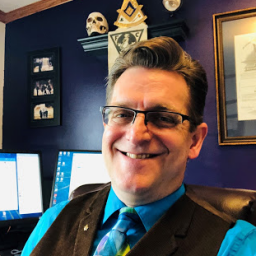 Todd has written more than 1,000 pieces for the blog since it began.  He is a Past Master of Homer Lodge No. 199 and Ogden Lodge No. 754 (IL) where he currently serves as Secretary.

He is a Past Sovereign Master of the Eastern Illinois Council No. 356 Allied Masonic Degrees.  He is a Fellow at the Missouri Lodge of Research (FMLR).  He is a charter member of the new Illinois Royal Arch Chapter, Admiration Chapter No. 282 and currently serves as EHP. 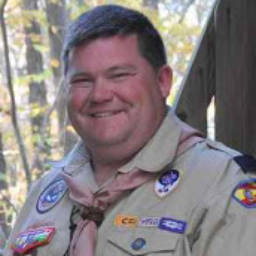 He is one of the founding contributors to the Midnight Freemasons blog.  He is a Past Master of St. Joseph Lodge No. 970 in St. Joseph (IL), and a plural member of Ogden Lodge No. 754, Homer Lodge No. 199, and Naval Lodge No. 4 in Washington, D.C.

He’s a member of the Scot6tish Rite, the York Rite, Eastern Star, and is the Charter Secretary of the Illinois High Twelve Club No. 768 in Champaign-Urbana.  He is also a member of ANSAR Shrine (IL) and the Eastern Illinois Council No. 356 Allied Masonic Degrees.

Greg serves on the Board of Directors of The Masonic Society and is a member of the Scottish Rite Research Society and The Philalethes Society.He is a charter member of the new Illinois Royal Arch Chapter, Admiration Chapter No. 282 (IL) and serves as its Secretary.  Greg is very involved in Boy Scouts–an Eagle Scout himself, he is a member of the National Association of Masonic Scouters. 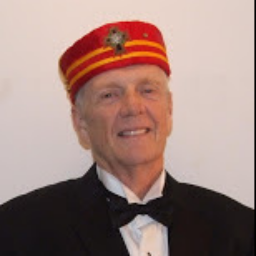 He is a Past Master of Liberty Lodge No. 31, Liberty, Missouri.  He is also a Fellow and Past Master of the Missouri Lodge of Research.  Among his other Masonic memberships are the St. Joseph Missouri Valley of the Scottish Rite, Liberty York Rite bodies, and Moila Shrine.

He is also a member and Past Dean of the DeMolay Legion of Honor.  Brother Harrison is a regular contributor to the Midnight Freemasons blog as well as several other Masonic publications.  Brother Steve was Editor of the Missouri Freemason Magazine for a decade and is a regular contributor to the Whence Came You? podcast.  Born in Indiana, he has a Master’s Degree from Indiana University and is retired from a 35-year career in information technology.

Steve and his wife Carolyn reside in northwest Missouri.  He is the author of dozens of magazine articles and three books:  Freemasonry Crosses the Mississippi, Freemasons–Tales From the Craft, and Freemasons at Oak Island. 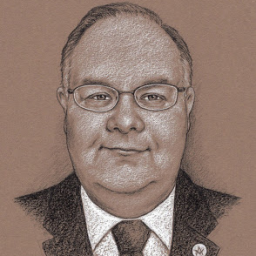 He was raised a Master Mason in 2002 in Three Rivers Lodge No. 733 in Indiana.  He served as Worshipful Master in 2007 and became a member of the internet committee for Indiana’s Grand Lodge.  Bill is currently a member of Roff Lodge No. 169 in Roff, Oklahoma and Lebanon Lodge No. 837 in Frisco, Texas. 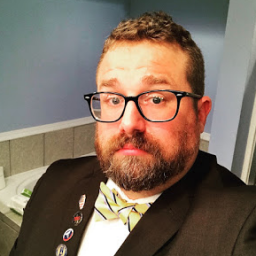 He is the Worshipful Master of St. Joseph Lodge No. 970 in St. Joseph (IL) and a plural member of Ogden Lodge No. 754 and Homer Lodge No. 199.  He’s a member of the Scottish Rite Valley of Danville, a charter member of the new Illinois Royal Arch Chapter, Admiration Chapter No. 282, and is the current Secretary of the Illini High Twelve Club No. 768 in Champaign-Urbana (IL).  He is also a member of the Eastern Illinois Council No. 356 Allied Masonic Degrees. 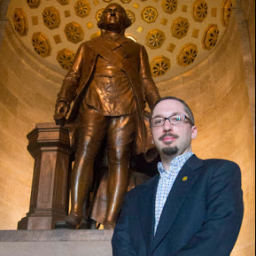 He is a freelance artist with clients throughout the United States and Europe.  he currently works on projects for the Supreme Council, 33° NMJ in Lexington, Massachusetts.  He also serves as a portrait artist for the Grand Lodge of Massachusetts, Grand Lodge of New Jersey and other jurisdictions across North America.

Bro. Simpkins is a member of Morning Star Lodge A.F. & A.M. in Worcester, Massachusetts.  He is a 32° Mason in the Ancient Accepted Scottish Rite, NMJ–Valleys of Worcester and Boston.  He is also a member of Eureka Royal Arch Chapter, Hiram Council of Royal & Select Master Masons, and Worcester County Commandery No. 5, Knights Templar.

Possibly one of the most thought-provoking blogs dedicated to Freemasonry for men and women is to be found on the website of Universal Co-Masonry . There are a wealth of subjects authored by a host of superb contributors

Geeg Wiles, Master Mason and the caretaker of Captain Ahab, a three-foot-tall, forty-pound, bright yellow fisherman / wannabe pirate, who has been also accepted by our brother masons to help with LOIs and other educational needs of our fraternity.

In this month's issue we look at the news website and blog of El Francmasón – a digital newspaper for Spanish-speaking Freemasons.