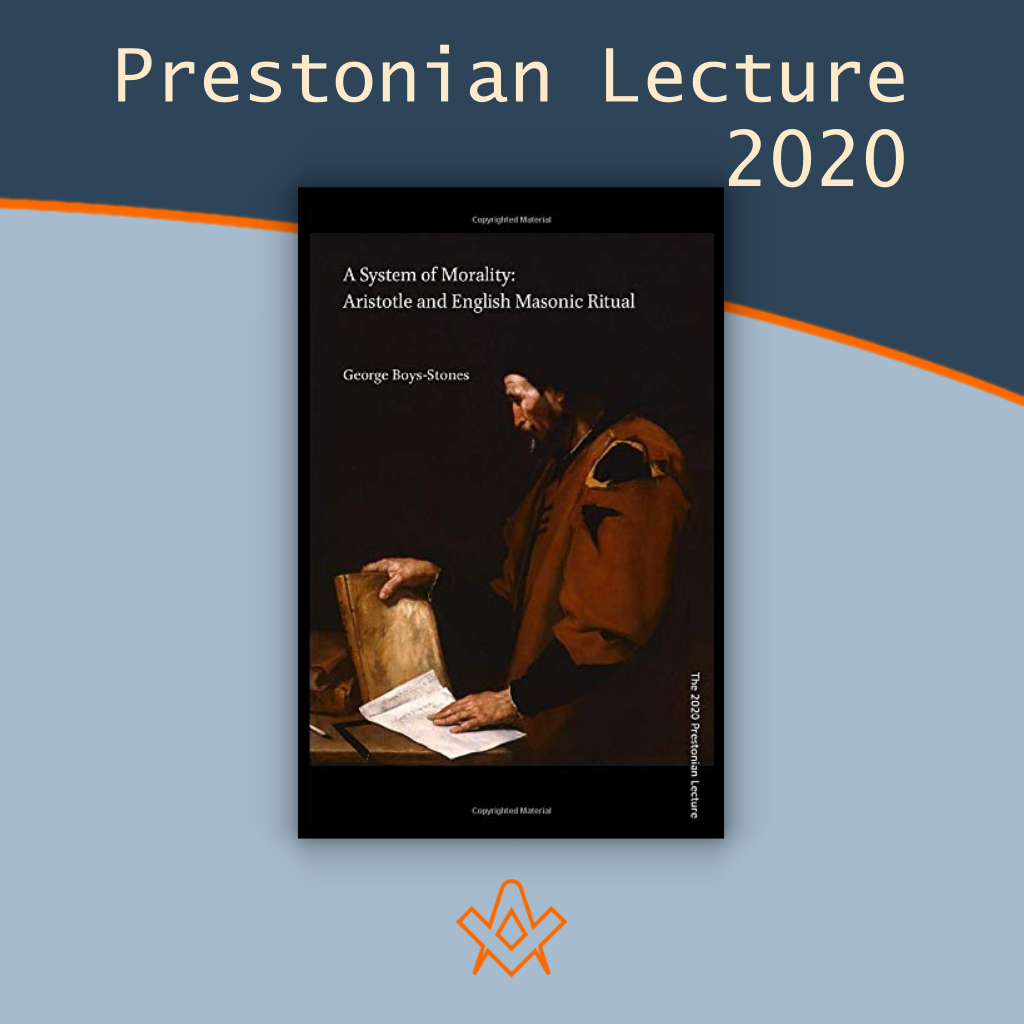 A system of morality – Aristotle and the making of the ritual

by Professor G.R. Boys-Stones PAGDC.
now available to purchase on Amazon either as a paperback or Kindle download.

All the proceeds are going to support a Durham-based charity working with vulnerable young people, Building Self-Belief CIO.

English Freemasonry defines itself as a ‘system of morality’: but what does that phrase mean? This new study traces it back to the work of William Preston (1742-1818), who argued that Freemasonry teaches a philosophical approach to virtue.

According to Preston, the rituals of Freemasonry are designed to lead the initiate through the ethical thought of Aristotle. His view proved popular, and was decisive in shaping the ritual approved for use by the United Grand Lodge of England shortly after its formation in 1813.

Almost all English lodges, and many others throughout the world, still use a ritual derived from this one, and, perhaps without realising it, continue to pay silent testimony to Preston and to Aristotle in their work.

George Boys-Stones was Professor of Ancient Philosophy at Durham and founding Co-Director of the Durham Centre for Ancient and Medieval Philosophy.

He has published on a wide range of topics in the field, but has a special interest in the philosophical movements of the post-Hellenistic period.

He is author of a new source book for (and introduction to) ‘Middle Platonism’. (A free download of the original Greek and Latin texts, formatted to match the published volume, is available from the CUP website for the book – look under Resources – and his Academia page.)