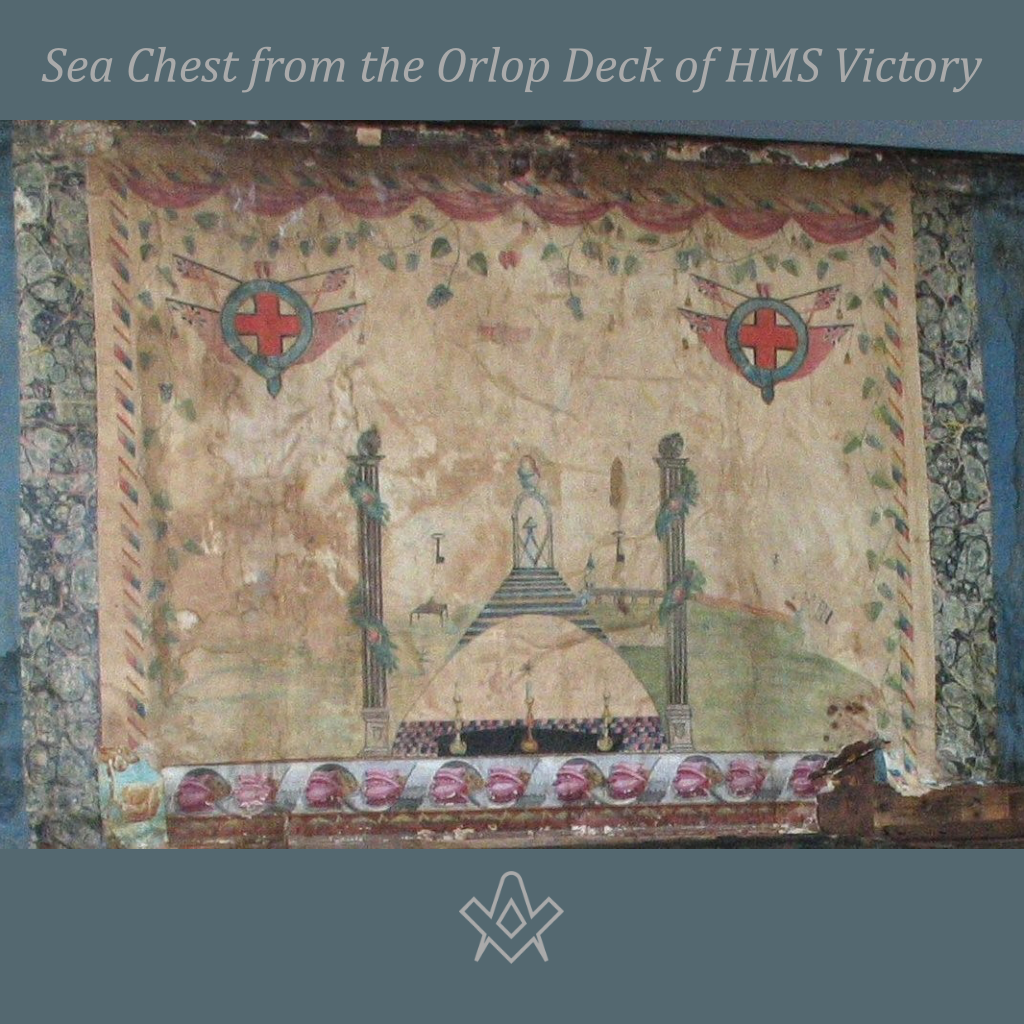 In 2005, Bro Roger Trise asked me to examine a sea chest in the Portsmouth Naval Museum that had been brought to his attention by museum staff.

Below are photographs I took, some heavily enhanced to bring out faint detail, along with brief descriptions. A brass nameplate on the outside of the chest bears the name of William Saunders.

According to the Victory Trafalgar Muster Roll

There was only one William Sanders an English Able Seaman aged 31. There were two other Saunders: Isaac an American Able Seaman (21) and John, a Boy of 16.

This image is on paper attached to the inside of the lid of the chest. There’s an unrelated piece of decorative paper strip along the bottom, apparently as an attempt to attach the bottom edge more securely. The whole is quite damaged by the effects of seawater as would be expected, making parts of the imagery indistinct, requiring close examination.

The central part shows an arch with S&C and a triangle, a column on each side wrapped in foliage with fruit (plenty) and surmounted by a sphere. A key is also shown on each side.

Very close examination of the original reveals faint images of figures which could be F, H & C. The first two are on either side of the main image, outside the two columns and the former, at the right, can be identified by a faint cross.

The left hand image is too damaged to identify. The faint image above the arch appears to be the third one of that group. 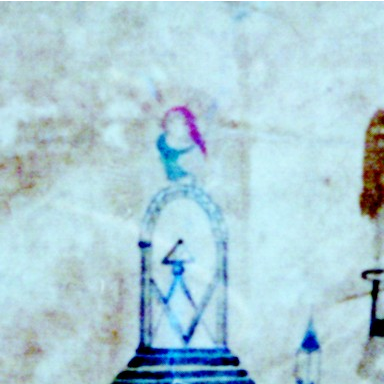 A clearer view of the central portion showing the square and compass, triangle and the ‘charity‘ figure above.

A seven-pointed blazing star is above the central light. At upper left is a beehive, denoting industry, on a supporting table. While on the right is what appears to be a crude representation of a church with spire, the pointed tip of which can be seen in the upper two images. 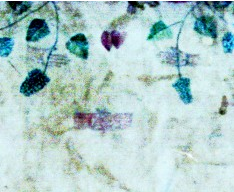 In the centre, some distance above the arch are two hands joined in friendship. 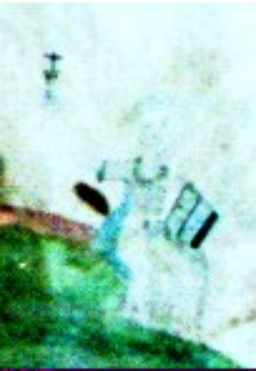 A clearer view of the seated figure of ‘faith’, to the right of the rightmost column, with cross held high and an open book. The figure to the left of the leftmost column, which would be ‘hope’, is damaged beyond recognition. 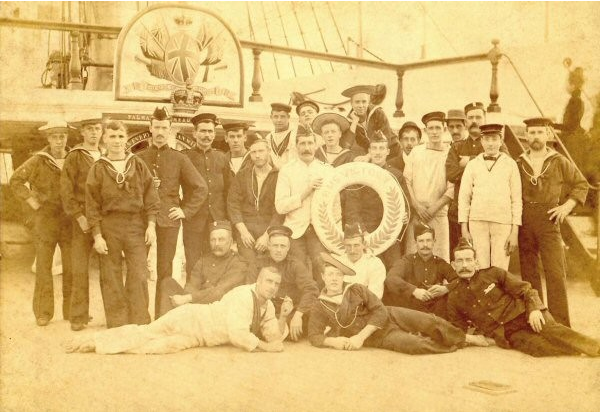 This is a photograph on the deck of H.M.S. Victory at the beginning of the 20th century, showing the same crest of flags as seen in the upper corners of the sea chest image.