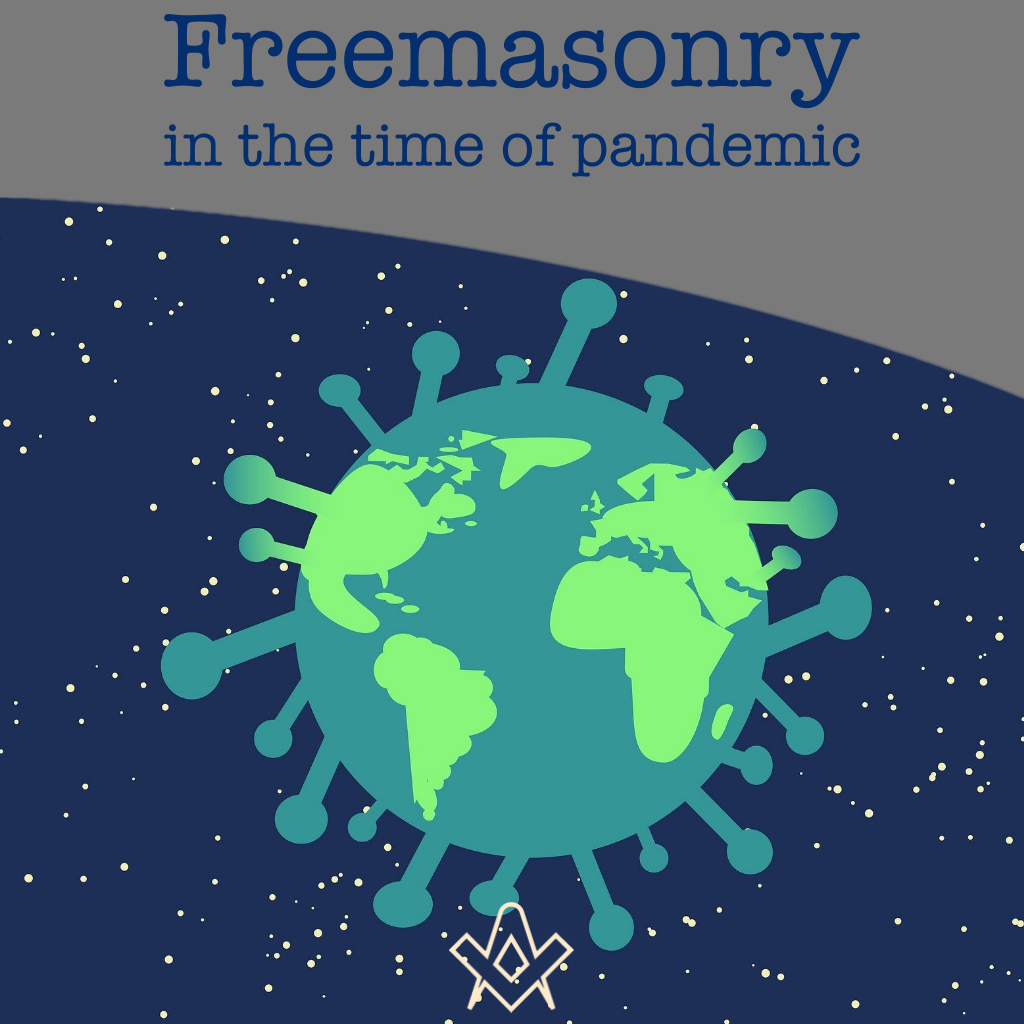 United Grand Lodge of England is encouraging Craft and HRA Chapter meetings to take place under the ‘Rule of 6’.

Grand Lodge of Scotland suspended all Masonic meetings until 1 January 2021.

Grand Lodge of Ireland, unlikely that Lodges will meet (in Ireland) before January 2021.

NHS Track and Trace smartphone app launched through out the United Kingdom with a clear message:

Without a vaccine or treatment, we all need to do everything we can to help stop the spread of coronavirus in our country.

The new app is an important part of the government’s programme.

By downloading and using the app, you’ll be helping to protect those around you – friends, family, colleagues and local communities.

In the past few months it seemed as if things were slowly returning to some semblance of normality.

However, now we have been hit with what appears to be a ‘second wave’ of not only the virus but also new restrictions.

In the main, lodges were cautiously beginning to make plans for socially distanced meetings and had gone to great lengths to become ‘Covid-19 secure’.

But with the new ‘Rule of Six’ within parts of the UK, and indications that there are to be more serious localised or even national lockdowns, members are beginning to consider, and hotly discuss, the future of the Organisation.

A member wrote in to The Square, saying that one lodge he attends had just received a large number of resignations.

Others are concerned by the ‘Rule of Six’ and how that can be applied fairly.

And of course, one of the pressing concerns is the payment of dues. But it’s not just members who are being hard hit.

As with any downturn in ‘business’, those who are connected are also affected – regalia suppliers, Masonic booksellers, and hospitality companies have all been hit.

Then there is the pressing issue of social isolation for those – the elderly, vulnerable or anyone not wishing to travel unnecessarily – who are unable to get to restricted lodge meetings or social gatherings.

Needless to say, on social media there are conflicted feelings, and as to be expected equally conflicting commentary.

So what’s the solution – or solutions?

Freemasonry has survived 300 plus years and it will survive COVID – we just need to learn to adapt.

In many parts of the world, the Fraternity was driven underground by various military dictators – and still is forbidden in some countries.

But these leaders are mortal, and eventually they die, then there is a peoples’ revolution, the country gets back in order, and Freemasonry finds green shoots and regenerates itself.

So, how do we keep Freemasonry alive in the shadow of the virus? Many lodges, appendant Orders and Masonic groups readily embraced technology and thrived during the lockdown, perhaps this will be the new normal for more than discussions but yield further to allow for part-physical, part-digital meetings.

Younger Masons engage almost exclusively online, preferring bite-size information in digital format to essays in print; we need to follow the trends, make learning and socialising accessible to all in ways that will allow us to keep connected and engaged across the world.

A few things to think about and put into practice:

1. maintain remote distance contact via internet apps, as we currently are doing.

2. work out how to include some remote lodge ritual that allows Candidates for Initiation, and Lodge Officers to progress.

We welcome your thoughts, ideas and suggestions – tell us what you are doing in your lodges across the world – email us editor@thesquaremagazine.com

One of the first initiative for Masonic Art NFT collections with philanthropic goals supported by a regular Grand Lodge, in this case, the Great Lodge of Argentina of Free and Accepted Masons.

The vision is to satirize the many existing myths and preconceptions about Freemasonry by building a united community around an engaging story with multiple benefits. Aether Lodge consists of 9990 Masonic-themed NFTs divided into multiple collections.

What connects Freemasonry and Bitcoin ? Both are misunderstood and ridiculed by the ill-informed. If freemasonry is about being a better citizen of the world. Then Bitcoin is about: making the world a better place for all citizens

Freemasonry and the Metaverse; P2

In this second instalment, Freemasonry and the Metaverse. We discusses the importance of being an open source protocol and how could Freemasonry benefit from a metaverse structure?

Metaverses, Masonry and Minecraft: The Future of Lodges

Should Freemasons be proud that a clandestine group has borrowed their symbolism and ideology and transplanted it into a server known as ‘The Worst Place in Minecraft’? Metaverses, Masonry and Minecraft: The Future of Lodges

To be a Better Citizen of the World; Step 3

To be a Better Citizen of the World; Step 2

To be a Better Citizen of the World; Step 1

Opportunity to fix the Sussex fudge

Is there a value proposition for members, that under English Constitution Freemasonry, we have a 4 part offering; Entered Apprentice, Fellowcraft , Master Mason and Companion, conducted in a single craft lodge ?

The Masonic Temple is a platform where both Freemasons and non-Masons, enthusiasts of real art and spiritual growth, connect to the new world of the metaverse. A Freemasonry in the metaverse project, based regular freemasonry principles.

All Freemasons In One Digital Lodge; Is this viable?, is it practical ?, is it even possible ? To answer this question we need to under the problem "Digital Freemasonry" aims to fix.

Freemasonry and the Metaverse

There is growing interest in the Freemasonry and the Metaverse on social media. Some projects are starting out as Masonic art NFT collections, while others are more clearly see a point in the future where they will be lodges operating in a metaverse.

In addressing declining lodge membership and lack of attendance, we need to assess the value it offers to members. What is value, and what does it mean to you?

Great Architect of the Metaverse

Are you ready to meet in the metaverse ? what can you expect to see and do ?

The Digital Order of Knights Quarantine

Called “The Digital Order of Knights Quarantine”, it was advertised as “not-a-degree” because it was not an actual degree.

Let us help answer a fundamental question, from a confused newly raised brother asking “What does it all mean and where do I go from here?”

An inconvenient truth about the product life cycle of Freemasonry

Freemasonry is local. This is where we need to start. We start with our Facebook friends, our neighbours, our colleagues, our lodges…

What Future for Freemasonry

Has your lodge accepted an unknown candidate from the internet? Third in a three-part series looking at the process to accepting candidates via the internet

What would make a good Masonic phone app ? Share one feature you would include in a phone app for Freemasons . . .

What does that really mean