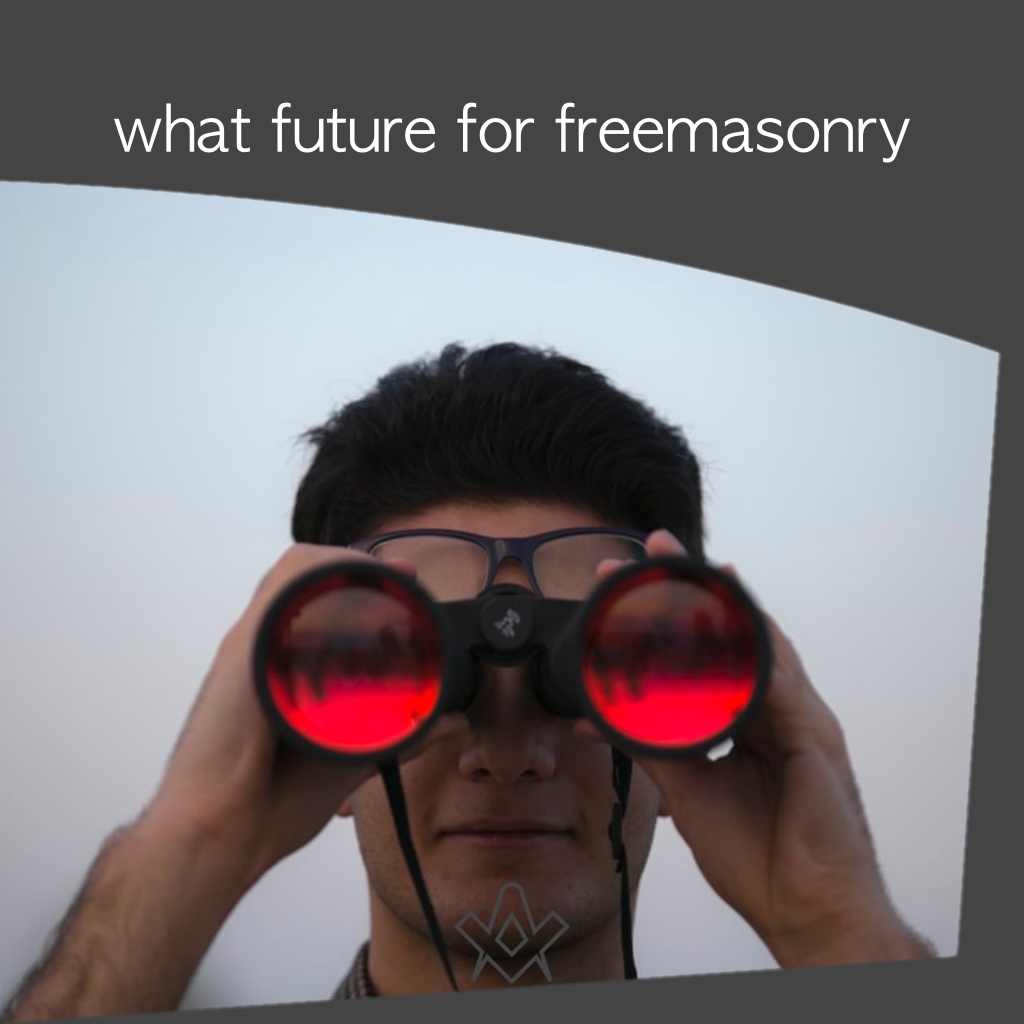 Allowing a group of Masons to understand the Masonic process at the level of a lodge was, without a doubt, an avant-garde strategy which still shows its relevance even if the lack of training in group dynamics is today a gap that deserves to be filled.

Despite the reluctance of those who are afraid to tackle social and cultural questions in a lodge, the Masonic movement at the level of Masons is interested in these questions.

The organisational plan with its two poles, the local level with the lodges, and the central level with the obediences, and an annual renewal of responsibilities, does not fulfil its role of facilitator of internal and external communication.

The existence of two systems of responsibilities, the obediences and the rites, introduces a confusion prejudicial to the coherence of the whole.

The notion of laboratory of ideas is polluted by the democratic myth and the practice of synthesis; in the end, this potential for innovation is not exploited as it should be.

The ritual can appear as sclerosing and dogmatic if it is not adapted to the specificity of modern group work.

The operation of the high ranks introduces illusion and clientelism: on a pseudo qualitative enhancement, it hijacks the operation of the blue boxes which find themselves dispossessed of all their prerogatives to no longer be more than obligatory areas.

Freemasonry, what future in the 21st century?

If we wanted to summarise the first three centuries of its existence, we could write: ‘Could do better!’

This might seem a bit condescending and pretentious because like any formula, the expression is reductive but it is understandable with regard to the challenge that Freemasonry wanted to take up: to find peace in a society at war on the basis of a value work transposed from the operational level to the speculative level, that is to say on the ethical level.

Invented by an English society on the verge of implosion, adopted by the bourgeoisies of the great countries, masters of the world, instrumented by large and small powers, divided into a multitude of medium and small organisations, Freemasonry continues to interest without to be able to truly retain and develop an audience which nevertheless remains confidential.

In the end, it can be summed up today in a small information network having an institutional status and essentially playing a role in the socialisation of executives, sensitive to humanist progress.

If we analyse the history of collective movements and their organisations, we can clearly see that their evolution always goes through three phases with:

An emerging phase boosted by a combination of support and dissemination through existing networks.

A phase of organisation and structuring of the movement.

A phase of dissemination and consolidation.

According to the movement and the organisation, according to historical moments, and also according to the conflicts of interest and power, these three phases can extend over several decades, sometimes be followed by a phase of regression before experience a new improvement or a virtual disappearance.

These three phases are generally linked to the events of the time and the countries considered and are heavily dependent on the strong propensity of human beings to come together to make their existential concerns prevail.

This development can, of course, be analysed globally but also at the different geographical levels of land territories. This is the case for religious, social, political, or cultural movements.

The Masonic movement very quickly placed itself at an international level; even if secondarily a decline in national positions could be observed, the international dimension has endured. Several contexts interfered:

The discrediting of Protestant sects, providers of social instability.

The crisis of the Catholic Church.

The French Revolution of 1789.

The formation of the United States of America.

During the organisation and structuring phase (1800-1870)

Support from the Kingdom of England.

Integration into the American constitution.

Integration into the young republics of the South American continent.

The economic expansion of the Napoleon III era.

The commune of Paris.

The separation of church and state.

The First World War and its internationalisation.

WWII and the resistance.

The societal debates of the Fifth Republic.

Today, the global Masonic movement is characterised by:

A strong American presence for Masonry with a large Anglo-Saxon majority.

A European Masonry divided with a liberal and open current very much in the minority.

A real establishment in the workplace (public and private), mainly at the management level.

A little mafia drift that can make a lot of noise.

A refusal to see old rites evolve to keep only the formalism.

An organisational cacophony that preserves its institutional precursor.

A real crisis in the dynamics of management of the obediences with an inability to change their functioning.

A minority but active, more or less sectarian, recourse to an archaic mysticism.

Marketing of the Masonic service with the development of a significant merchant network (books, medals, decorations, trips, websites, catering, etc.)

It is therefore on this situation that the question of the future of the Masonic movement in the 21st century can arise.

The environmental issue with global warming and their economic and social consequences.

The exhaustion of the mad race for growth.

The risk of nuclear slippage.

The use of artificial intelligence and its impact on employment.

Two scenarios can be imagined:

1) A marginalisation of the Masonic movement at the stage of more or less folklore backward myth.

2) An evolution of the Masonic movement capable of responding to major societal questions.

It is naturally this last scenario which concerns us the most and which would seem to us in conformity with the ambition to see the Masonic ideal fully play its role.

What evolution of the Masonic movement could we hope to see it grow and constitute a hope?

This is a difficult question because not everyone Masonic necessarily agrees on the analysis of the current functioning and on its purpose.

It is clear that there is a need for reforms and that these will only be carried out on the basis of existing structures.

It is interesting to take into account the survey commissioned by the United Grand Lodge of England in 2012, under the title ‘Future of Freemasonry’.

This survey was carried out by a non-masonic research organisation, Social Issues Research Center (SIRC) and has been posted on this site: https://www.freemasonrytoday.com/ugle-sgc/ugle/511

What reforms could we hope for?

In the current functioning of large organisations, we can see that their credibility is closely linked:

To the moral and intellectual qualities of national and international leaders.

To financial and managerial integrity.

Has the ability to take on constant media coverage.

The Masonic movement is not immune to these constraints and the reforms to be implemented must facilitate the considering of these requirements. From this basis, one could imagine that the credibility of Freemasonry is reinforced by three dynamics:

Develop the European dimension by moving towards a federal functioning of the obediences.

Implement a capacity for united action up to the challenges and like those of large international NGOs.

Therefore, the Masonic movement could appear with these two components:

1) An activity at the level of the lodges which would be guaranteed freedom of operation.

At the level of Masonic structures:

Without wishing to be exhaustive, the modernisation of the functioning of the obediences would have the following objectives: transparency, efficiency, and responsibility.

At the level of the lodge:

Introduce group dynamics in the training of candidates for officer positions.

Limit the number of lodge members to 30 to promote better group management.

Stabilise the management of the group by introducing a vote of officers on the list for three years renewable once.

Improve direct communication between the lodge and the council of the order to:

At the level of obedience:

In the operation of the convent –

Wouldn’t the rule of one lodge represented by one delegate deserve to be transformed by that of three delegates per Masonic region with more regions (about 60), so as not to not exceed two hundred delegates per convention? This would make it possible to better organise a real productive work of the convent.

The treaty, a legislative body, should focus on more targeted work, such as:

Control of the functioning and the budget of the various components of the obedience.

In the functioning of the council of the Order:

To introduce a safeguard measure, the Grand Master (or the Grand Mistress) and the council of the order could be resigned by a conventual resolution bringing together 3/5 of those registered.

In the functioning of Obedience:

Simplify the procedures of Masonic justice.

Introduce new bodies, independent of the council of the order, responsible to the convent, such as:

A council for the organisation of rites.

The Masonic Challenge of the 21st Century: Achieving Multiculturalism in a Lodge

The development of international exchanges, migrations and interbreeding in all its components explains the development of multiculturalism which will inevitably prevail over the centuries to come.

Today it is a reality in Europe and North America, mainly in large cities and more and more in towns, but tomorrow it will concern even more geographic areas.

Some people regret the frank national identity and present multiculturalism as a dangerous ideology that should be fought, but is it not quite simply an inescapable sociological fact?

Nationalist withdrawal and the temptation of a mythical identity will not resist reality.

For us Freemasons, followers of universality, curious about cultural and philosophical diversity, multiculturalism cannot be an element of concern and cannot act as a foil to take refuge in denial.

Although almost all Masonic rituals have a biblical basis, the Masonic process naturally opens up to multiculturalism. Beyond the declaration of intent, the implementation of multiculturalism in lodges and obediences deserves a refined reflection at the level of the different structures of the Masonic movement and this for several reasons:

Masonic lodges are open to all subjects of good will wishing to discover an original place of reflection; Apart from French people from several generations linked to our territory, others have merged more recently and wish to keep either a dual nationality or an attachment with extra-national family origins.

If Masonic practice does not concern religious opinions, it cannot be denied that multiculturalism implies respect for the cultures of different members of communities; this supposes a minimum of ethnic origins. To speak only of the French obediences, the establishment of their lodges is worldwide; for example in terms of language, a London GODF lodge already works with the English language; tomorrow, would it not be possible to see lodges using the Kanak language in New Caledonia, Creole in the West Indies, Wolof in Senegal, etc.

If today the biblical inspiration of rituals does not bother people of religion or of Christian or Hebrew culture, it can be a blocking element for people who do not consider the Bible as an essential reference. The creation of a ritual open to non-European cultural references seems likely in the near future.

Opening lodges to atheists and unbelievers can also be an element of change and adaptation.

Diversity, which is an accepted reality today, should also be taken into account in its multicultural aspect: for example, wearing the veil should not be incompatible with respect for secularism.

It is a huge project that is opening up to us and which should mobilise all those who want Freemasonry not to be confined to fixed, backward-looking habits and to be able to welcome a wide variety of columns. to be human by offering them respect and listening to their experiences.

As Martin Luther King wrote, is it not important to state:

Mateo Simoita is the man responsible for Masonic Ideal Blog- he is a retired doctor and was initiated in 1979 in the Grand Orient of France.

His blog is produced in French but has the option to translate content into English. 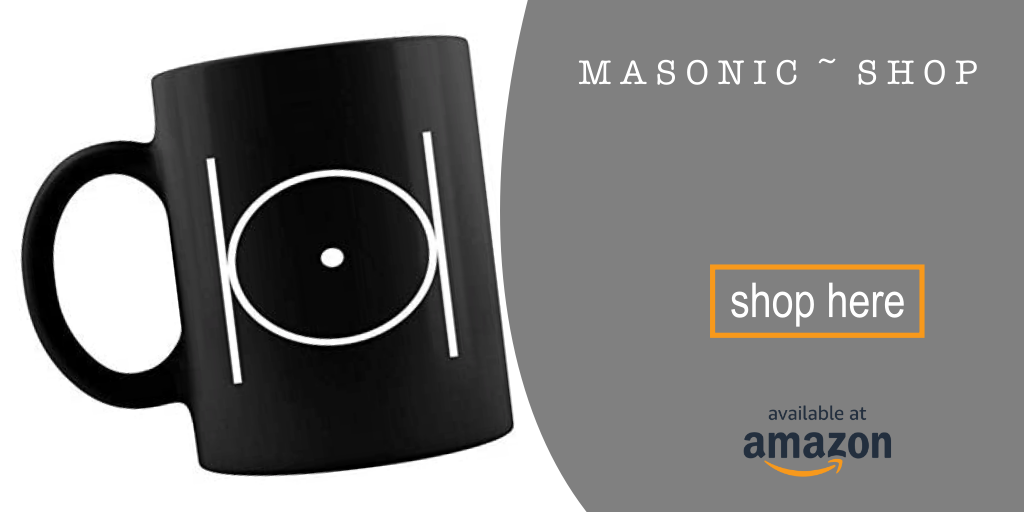