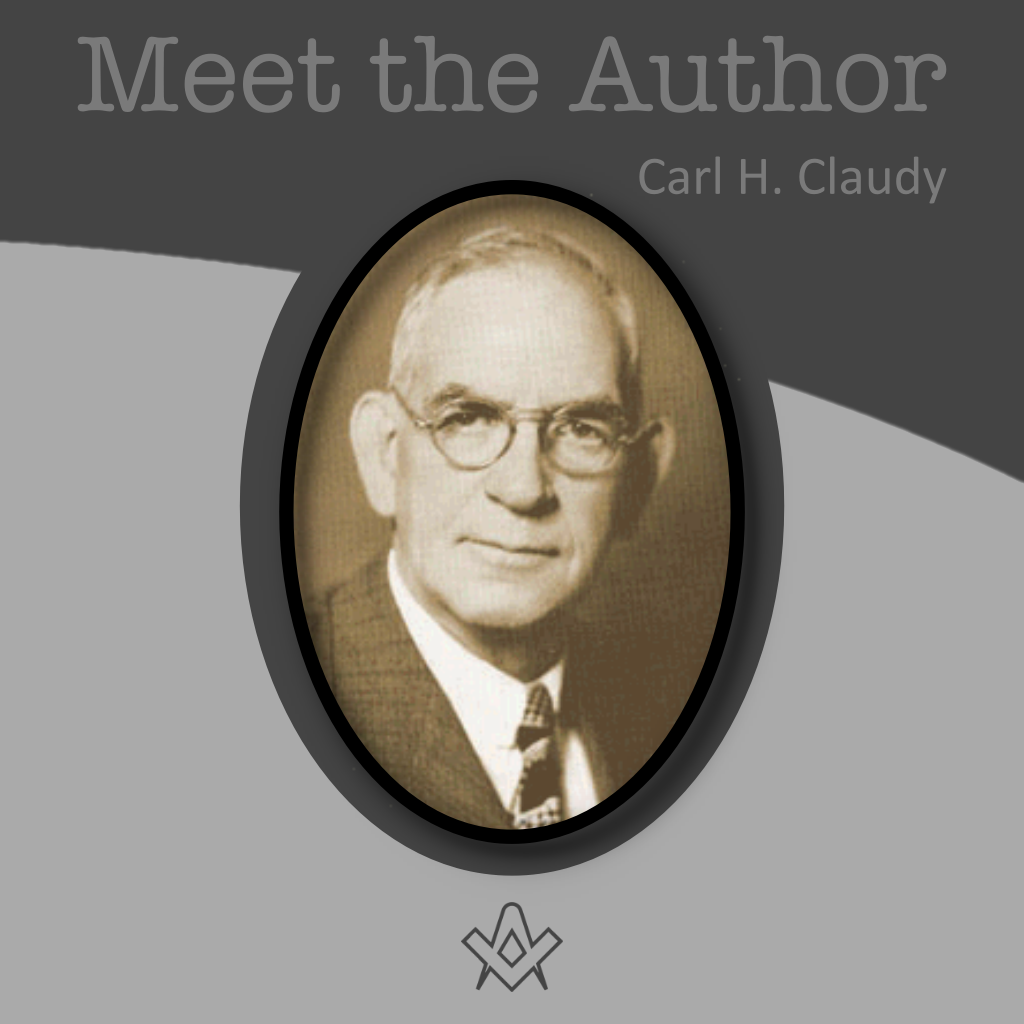 We look at the life and work of Carl H. Claudy, a prolific Masonic author who believed that Masonic education is the foundation for the Fraternity. 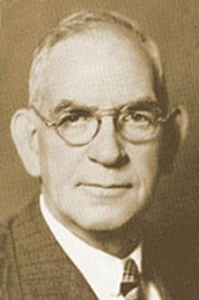 The genius of Freemasonry is not our Masonic buildings and temples or the trappings of our organizations. It is not our great charities or community activities. It is not our beautiful rituals or their teachings! It is the ‘practice of Freemasonry’ by the Freemasons. Yet we cannot practice that which we do not know or understand. Thus, Masonic education is the foundation for our Fraternity.

Born in Washington DC on 13 January 1879, Carl Claudy received just one year of formal education, yet he went on to become one of the most prolific authors and journalists of the early twentieth century.

By the time he was nineteen, with no work available, Claudy headed off to the gold fields of Alaska, but sadly after six months of prospecting, he had found no gold and so returned to the States.

Sometime later, he found a job as editor of a popular science paper and, considering his lack of education this was no mean feat.

He focused on writing and his first story appeared in the Washington Post. Heartened by his success Claudy went on the write, as a freelancer, for the New York Herald, joining the staff full time in 1908.

At that time aviation was in its infancy and he wrote many articles on the subject.

Claudy was also a proficient photographer and during the early 1900s he photographed many important aeronautical events, including Alexander Graham Bell’s 1906 tetrahedral kite experiments; the flights of Thomas Baldwin’s dirigible (1904) and the US Signal Corps SC-1 (1908); the Wright Flyer Army Trials at Fort Meyer, Virginia in 1908 and 1909.

Claudy’s photographic collection capturing these events is held by the Smithsonian National Air and Space Museum.

Claudy was a man of prodigious energy and aside from his journalism and photography, he was a keen sportsman; his favourite activities included baseball rowing, boxing, football and tennis.

His adventurous streak continued as he became involved in mountaineering and camping and he wrote many articles on the subjects dear to him, his features often appearing in Boy Scout publications and sporting journals and he wrote a book, The Battle of Base-Ball (1912)

Not one to stay pigeon-holed in his writing career, Claudy also wrote science fiction stories for The American Boy magazine during the 1930s; four novels evolved from some of the stories.

It was in 1908, at the age of twenty-nine that Carl H. Claudy was raised a Freemason in Harmony Lodge No. 17 in Washington DC.

He became Master of the lodge in 1932, and, in 1943 was Grand Master of Masons in the District of Columbia.

By now Claudy was a successful author of innumerable articles, short stories and novels but his writing career really took off when he became associate editor of the Masonic Service Association’s magazine The Master Mason.

The MSA was formed in 1919 by the Grand Lodges of the United States:

‘for the purpose of performing a number of services under one central organization. Some of those services have changed over the years, but MSA remains an organization dedicated to serving Freemasonry, our country, and the world’.

Claudy was executive secretary of the MSA from 1929, until his death in 1957.

But it was his influence and leadership that the MSA was elevated to a position of distinction when he authored the Short Talk Bulletin – this was distributed across the country, making him a familiar name in virtually every lodge.

He wrote around 350 Short Talk Bulletins but in addition to this, he was prolific in his Masonic writing: digests, essays and collections of historical and factual papers, all designed to promote and offer education about the Craft.

He edited the Little Masonic Library, a collection of twenty pocket-sized volumes.

In 1930, Claudy included a serialisation of his novel The Lion’s Paw in The Master Mason magazine.

This was well received, and he followed this with The Master’s Book (1935), which set out the principles and practices of a successful lodge Master.

Claudy’s classic primer for new Masons was aptly titled Introduction to Freemasonry, in which he states:

‘He is a wise initiate who will read and study that he may receive all of that for which he has asked.’

Claudy went on to pen twelve Masonic plays, the first while he was in Washington and nine of the succeeding ones he wrote in Montana, hidden away in a log cabin within sight of the Emigrant Peak, surrounded by the Gallatin National Forest – his own personal lodge.

Carl Harry Claudy died in 1957 but it only takes a moment to see that his contribution to Masonic literature is still universally popular – look on websites such as Goodreads and he is still an (almost) five-star author.

Claudy’s long service and dedication to Freemasonry was honoured – the 33rd Degree Scottish Rite Mason was the recipient of the Henry Price medal.

No doubt he would be delighted to see his work continuing at the MSA, where you can still sign up to the Short Talk Bulletin.

Every month since 1923 the Masonic Service Association has published The Short Talk Bulletin, which was to be an informative, chatty discussion of some aspect of Freemasonry: symbols, allegories, history, individuals, etc..

They are sent to all Lodges of the constituent Grand Lodges, and are intended to be read in all Lodges.

Here, we are bringing all of these jewels of Masonic Light to life, so that Masonic Education may happen wherever Brothers are.

The Battle Of Base-ball

Scholars believe, and we concur, that this work is important enough to be preserved, reproduced, and made generally available to the public. To ensure a quality reading experience, this work has been proofread and republished using a format that seamlessly blends the original graphical elements with text in an easy-to-read typeface.

A thrilling story in which Freemasonry plays so large a part that were the Ancient Craft taken out there would be no story left.

Here are adventure, war, excitement; here is drama and love and sorrow. And here also is the idealism of the Craft, at work on faulty humanity.

The Lions Paw is one of the greatest Masonic novels ever written.

It contains 24 short stories that display the excellence that Freemasonry teaches.

Read it and you will thank the author for a novel that touches deeply the Masonic heart.

Should this book, in its latest edition, continue to help Masters to enjoy successful years, to provide inspiration for the Brethren

Introduction to Freemasonry, set of 3 books. 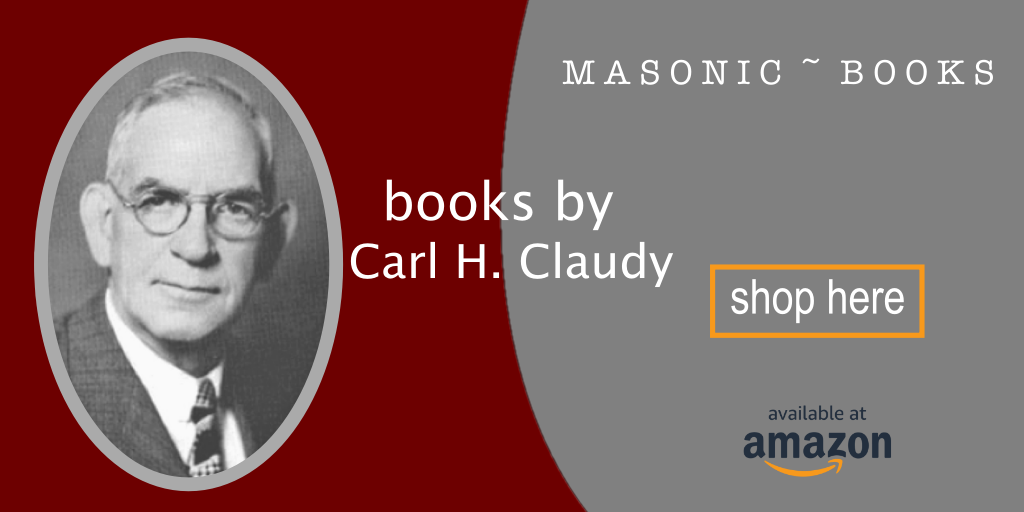