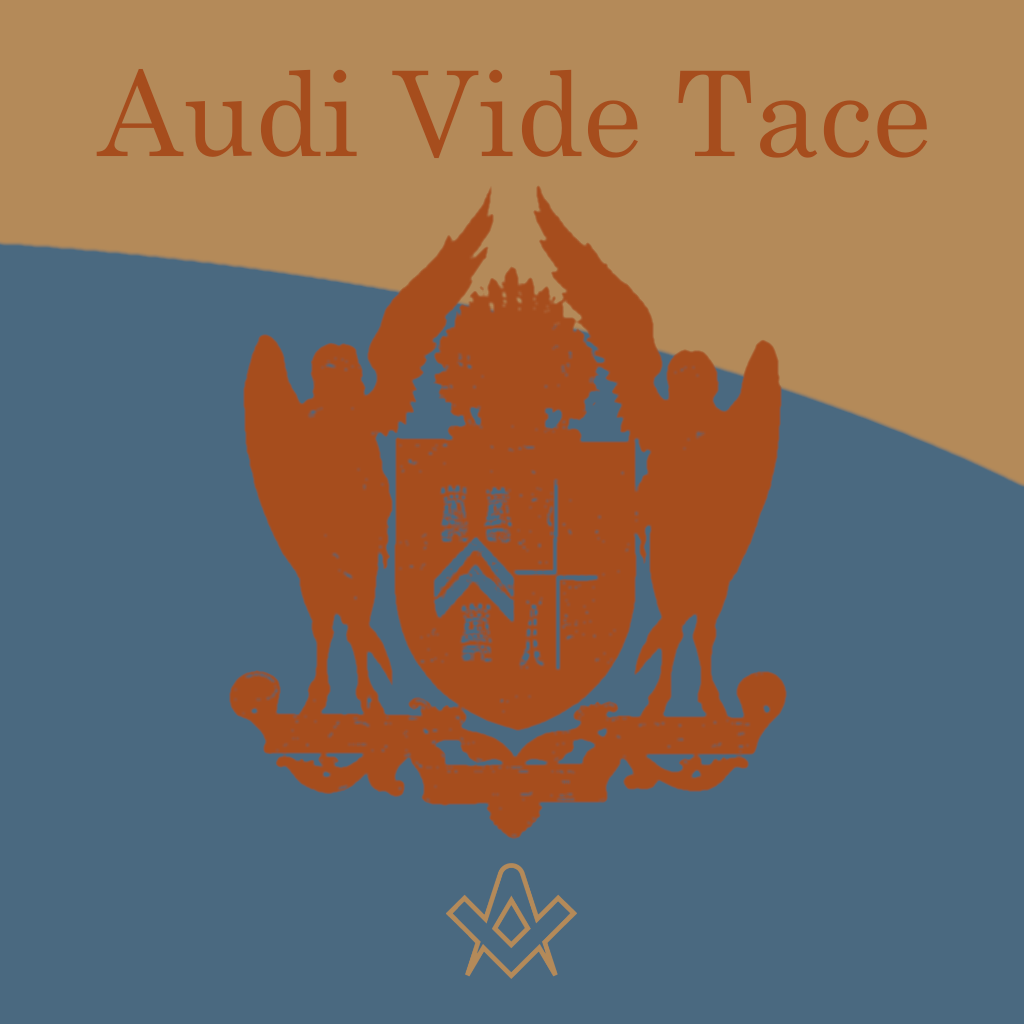 There are secrets possessed by the Mason which he must not divulge.

This supposes sealed lips. There are secrets held by Masonry which the individual Mason can only seize if he is willing and able to work for them. This demands effort, toil and tenacity. May we be granted the grace and the steadfastness of purpose to discharge fully both tasks.

These three Latin words can be found in the Coat of Arms of the United Grand Lodge of England. This motto was adopted upon the “Union of December 1813″ when:

The motto “Audi, vide, tace” made its first appearance in the Freemasons’ Calendar from 1777

It is derived from a line of “leonine” verse (of a type much used in the Middle Ages) and in full is “Audi, Vide, Tace, Si Vis Vivere In Pace” – meaning hear, see and hold your tongue, if in peace you would live on.

Leonine verse is a type of versification based on internal rhyme, and commonly used in Latin verse of the European Middle Ages.

“The first two words, audi, vide, refer to the alertness conducive to the acquisition of knowledge. For it is through these two senses, hearing and seeing, that we absorb most of our information.   Tace, or be silent, refers to the dissemination of information, and alerts one to the desirability of thinking before speaking, of deciding what should be kept hidden, of ever bearing in remembrance those truly Masonic virtues, silence and circumspection.”

Listen, Observe, Be Silent – a good moto for the wise freemason

There are various reasons for being silent if one has started to penetrate the hidden mysteries of nature and science:

– avoiding attack by those offended by their own ignorance
– preventing the unworthy from using the technical knowledge for improper ends
– avoiding sceptical mental influences disturbing the unfoldment of the knowing
– keeping faith with inner plane influences.

“Tace” as a verb means “to be silent”.  As a noun tace means “candle”.   A candle is silent and emits light. Thus the wisdom of silence in the pursuit and protection of Masonic light.

This latin saying is a vulgata for one of the best advices we can have nowadays: Listen, Observe, Be Silent.

The Vulgate is a late 4th-century Latin translation of the Bible that was to become the Catholic Church’s officially promulgated Latin version of the Bible during the 16th century, and is still used fundamentally in the Latin Church to this day. 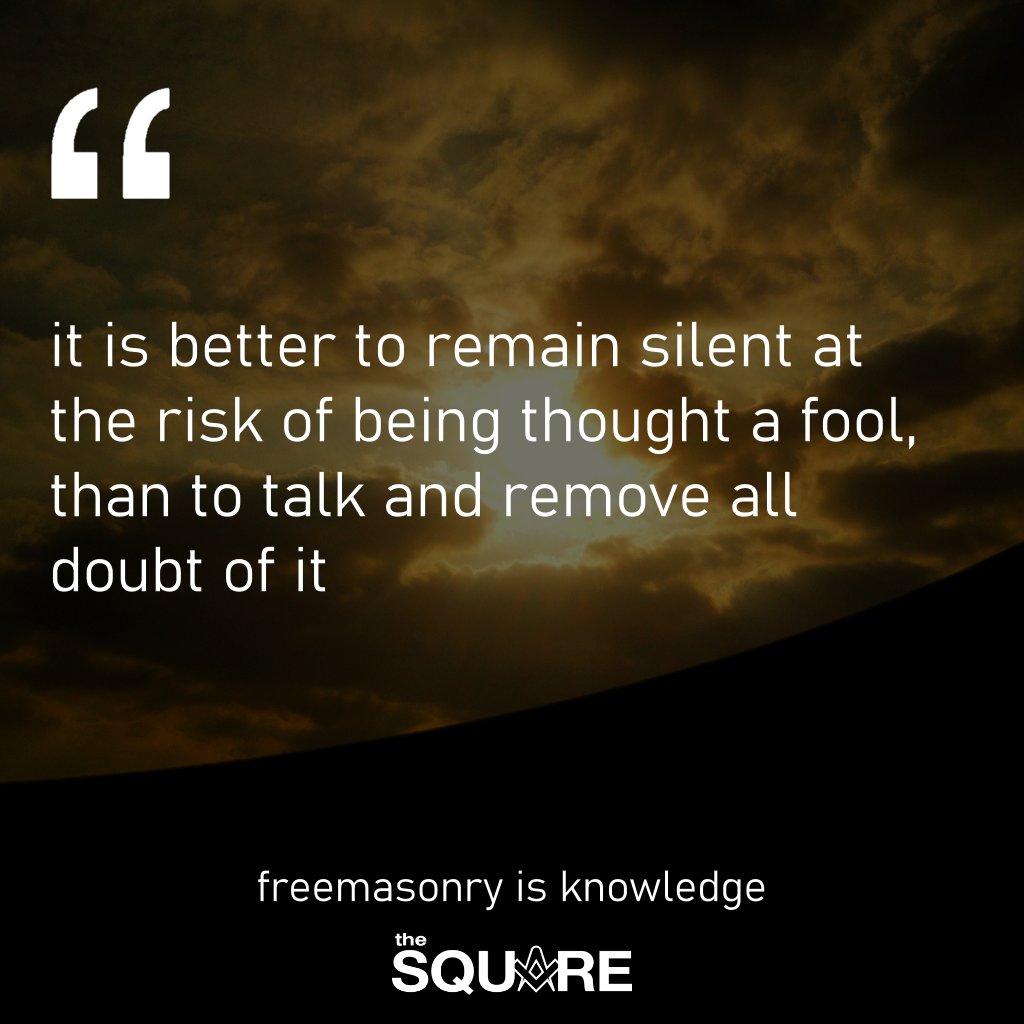 “it is better to remain silent at the risk of being thought a fool, than to talk and remove all doubt of it”

There are many other examples of similar exhortations to “remain silent” used throughout the world, from various cultures and societies. The depiction of the ‘three wise monkeys’ are probably the best known example of a ‘code of proprietary conduct’:

… hear no evil
see no evil
speak no evil …

According to research, this originates from a 17th-century carving over a door of the famous Tōshō-gū shrine in Nikkō, Japan.  The carvings at Tōshō-gū Shrine were carved by Hidari Jingoro, and believed to have incorporated Confucius’s Code of Conduct, using the monkey as a way to depict man’s life cycle.

In Chinese, a similar phrase exists in the late Analects of Confucius from 2nd to 4th century BC: 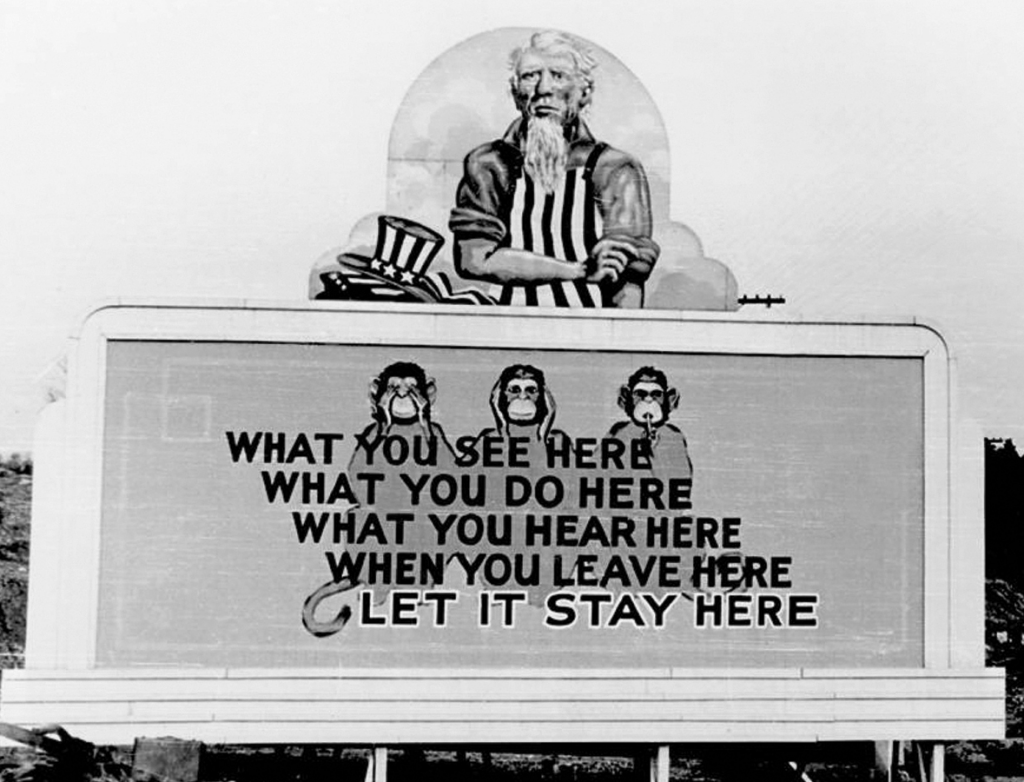 And in many other situations, people are asked to remain silent – above is a World War II poster directed at participants in the Manhattan Project

“it is better to remain silent at the risk of being thought a fool, than to talk and remove all doubt of it”

More variations on this theme…

Should this not only apply to conversation but also social media comments?