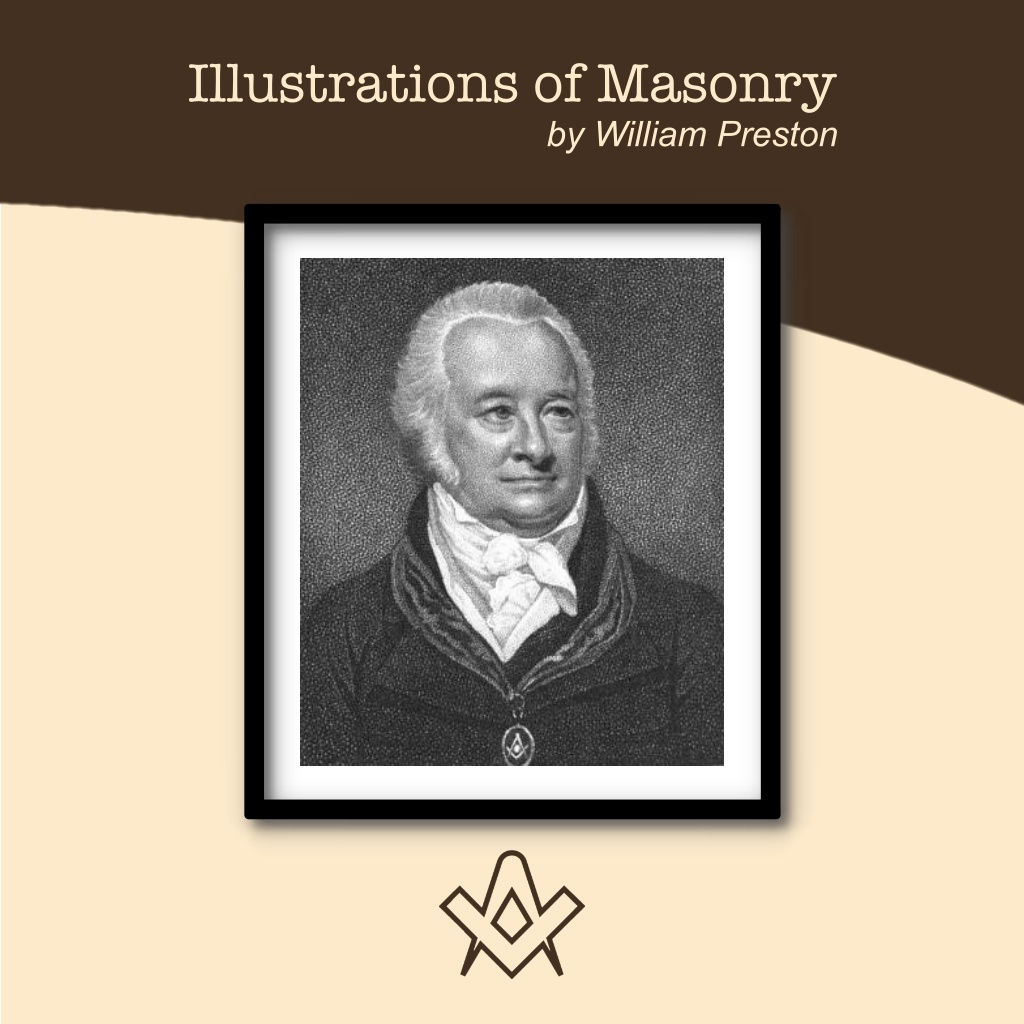 After attending school and college he became secretary to the linguist Thomas Ruddiman, who became his guardian on the death of his father.

On the death of Thomas, Preston became a printer for Walter Ruddiman, Thomas’ brother. In 1760 he moved to London and started a distinguished career with the printer William Strahan.

He became a Freemason, instituting a system of lectures of instruction, and publishing Illustrations of Masonry, which ran to several editions.

It was under Preston that the Lodge of Antiquity seceded from the Moderns Grand Lodge to become “The Grand Lodge of All England South of the River Trent” for ten years.

He died on 1 April 1818, after a long illness, and was buried in St Paul’s Cathedral.

Shortly after Preston’s arrival in London, a group of Edinburgh Freemasons living in the English capital decided to form themselves into a lodge.

The Grand Lodge of Scotland felt they could not grant them a constitution, as they recognised the jurisdiction of the Antient’s Grand Lodge in the capital.

It may have been at this meeting that Preston became their second initiate. Unhappy with the status of the relatively new Grand Lodge which they found themselves part of, Preston and some others began attending a lodge attached to the original Grand Lodge of England, and persuaded their brethren to change allegiance.

Accordingly, on 15 November 1764, Lodge no 111 of the Antients became Caledonian Lodge no 325 (now 134), under a constitution which was just starting to be known as the “Moderns”; [1] that lodge later held its meetings at the Great Eastern Hotel on Liverpool Street in London [3].

Antient/ancient and Modern referred to the ritual used by the respective constitutions, not to the age of the Grand Lodges. The shift of allegiance occasioned some vitriolic correspondence between Caledonian Lodge and their former Grand Lodge.[4]

Caledonian Lodge then became the major component in the first Grand Chapter of Royal Arch Masonry.[5]

Interviewing where he could, and entering into an extensive correspondence with Freemasons in Britain and overseas, he built a vast storehouse of masonic knowledge, which he applied initially to explaining and organising the lectures attached to the three degrees of Freemasonry.

He met with friends once or twice a week to test and refine his presentation, and on 21 May 1772 he organised a Gala at the Crown and Anchor in the Strand, at his own considerable expense, to introduce the Grand Officers and other prominent masons to his system.

The success of his oration on that day led to the publication, later that year, of his Illustrations of Masonry, which ran to twelve English editions in the authors lifetime, as well as being translated into other languages.

In 1774 he organised his material into lecture courses, delivered by him at the Mitre Tavern, Fleet Street. There were twelve lectures per degree, at one guinea per degree. [1] [6]

Present at the Gala were two members of the Lodge of Antiquity (once, as the Goose and Gridiron, a founder of the Grand Lodge).

John Bottomley was then the Master, and John Noorthouck a colleague of Preston at Strahan’s printing firm. Antiquity was suffering from declining membership, and these two men conceived the idea of reviving their lodge by recruiting Preston.

He complained that the younger masons who now flocked to the lodge were all Preston’s creatures, which had enabled him to stay in the chair for three and a half years. [1]

During this period, commencing in 1769, Preston became the Assistant Grand Secretary, and “Printer to the Society”.

This gave him access to material which he subsequently used in Illustrations of Masonry. [1]

It also gave him the opportunity to attempt to drive a wedge between the Antients and the Grand Lodge of Scotland, by challenging the basis on which the younger Grand Lodge was formed.

The attempt failed, and only served to widen the division between the two Grand Lodges. [4]

On 27 December 1777, some members of the Lodge of Antiquity, including Preston, returned from church wearing their masonic regalia.

This amounted to little more than crossing the road. Certain of the original members of Antiquity who were not present (and who included the two men who had persuaded Preston to join Antiquity) chose to report the incident to Grand Lodge as a proscribed Masonic procession.

Instead of playing down the occasion, Preston chose to defend the actions of himself and his brethren by emphasising the seniority of his own lodge.

As the Goose and Gridiron, Antiquity had been one of the founders of Grand Lodge. Preston argued that his lodge had only subscribed to the original constitutions, and subsequent rulings did not apply to them. After due process, Preston and his supporters were expelled in 1779.

In May 1789 the dispute was resolved, Preston, after an apology, was welcomed back to his Masonic Honours at a dinner, and the two halves of the Lodge of Antiquity were re-united in 1790. [1] [7]

Preston’s expulsion from Grand Lodge signaled a great reduction in his contribution to Freemasonry.

He had been absent from lodge for a year when he resigned in 1781. His brethren persuaded him to return five years later, which halted another period of decline.

He claimed to have warranted several lodges in his period of exile in a rebel grand lodge, but only two have been verified.

About the time of his re-admission to the Moderns, he founded the Order (or Grand Chapter) of Harodim, which was a vehicle for his own ideas about masonry as expressed in his lectures.

This died out in about 1800. Preston took no part, and passed no public comment, in the long process of unification of the two Grand Lodges.

His major masonic legacy must be considered to be his Illustrations of Masonry, which continued to new editions after his death, after a long illness, in 1818.  [1][2]

While Preston is remembered as a masonic scholar, few modern masons have read his work.

His history of freemasonry is every bit as far fetched as Anderson’s, although it starts far later with Athelstan, and his lectures and explanations must be read as a work of its time, relating the Freemasonry of the late Eighteenth century to the people of that time.  [8]

Preston’s lasting impact is in drawing the perception of Freemasonry away from the bar and the dining table, and giving it a more cerebral appeal.  [9]

Preston is also associated, with Grand Secretary James Heseltine and Thomas Dunckerley, with the movement of Masonic meetings from taverns into dedicated Masonic buildings. [10]

Introduction to Illustrations Of Masonry

Whoever attentively considers the nature and tendency of the Masonic Institution, must readily perceive its general utility.

From an anxious desire to display its value, I have been induced to offer the following sheets to the Public.

Many reasons might have withheld me from the attempt; my inexperience as a writer, my attention to the duties of a laborious profession, and the many abler hands who have treated the subject before me : yet, under all these disadvantages, the persuasion of friends, added to a warm zeal in the cause, have stimulated me to risk my reputation on the fate of my performance.

When I first had the honour to be elected Master of the Lodge, I thought it proper to inform myself fully of the general rules of the Society, that I might be better enabled to execute my own duty, and especially enforce obedience in others.

The methods which I adopted with this view, excited in some of superficial knowledge an absolute dislike of what they considered as innovations ; and in others, who were better informed, a jealousy of pre-eminence which the principles of Masonry ought to have checked.

Notwithstanding these discouragements, however, I persevered in my intention of supporting the dignity of the Society, and of discharging with fidelity the duties of my office.

As candour and integrity, uninfluenced by interest or favour, will ever support a good cause, some of my opponents (pardon the expression) soon began to discover their error, and cheerfully concurred in the execution of my measures; while others, of less liberality, tacitly approved what their former declared opinions forbad them publicly to adopt.

This success, which exceeded my most sanguine wishes, encouraged me to examine with more attention the contents of our Lectures.

The rude and imperfect state in which I found them, the variety of modes established at our meetings, and the difficulties I had to encounter in my researches, rather discouraged my first attempt : persevering, however, in the design, I continued the pursuit ; and, with the assistance of a few Brethren, who had carefully preserved what ignorance and degeneracy had rejected as unintelligible and absurd, I diligently sought for, and at length happily acquired, some of the ancient and venerable landmarks of the Order.

Fortunate in the acquisition of friends, and fully determined to pursue the design of effecting a general reformation, we persevered in an attempt to correct the irregularities which had crept into our assemblies, and exemplify at all our meetings the beauty and utility of the Masonic System.

We commenced our plan by enforcing the value of the ancient charges and regulations of the Order, which inattention had suffered to sink into oblivion, and established those charges as the basis of our work.

To imprint on the memory a faithful discharge of our duty, we reduced the more material parts of the system into practice; and, in order to encourage others to promote the plan, we made a general rule of reading one or more of these charges at every regular meeting, and elucidating such passages as seemed obscure.

The useful hints which were afforded by these means enabled us gradually to improve the plan, till we at last succeeded in bringing into a connected form all the Sections which now compose the three Lectures of Masonry.

The progress daily made by our system pointed out the propriety of obtaining the sanction of our Patrons : several Brethren, of acknowledged honour and integrity, therefore, united in an application to the most respectable Members of the Society for countenance and support.

They happily succeeded to the utmost of their wishes, and since that time the plan has been universally admitted as the basis of our Moral Lectures.

Illustrations of Masonry.
Reprint of the Rare 1772 Edition

This work has been selected by scholars as being culturally important, and is part of the knowledge base of civilization as we know it.

Therefore, you will see the original copyright references, library stamps (as most of these works have been housed in our most important libraries around the world), and other notations in the work.

As a reproduction of a historical artifact, this work may contain missing or blurred pages, poor pictures, errant marks, etc.

Scholars believe, and we concur, that this work is important enough to be preserved, reproduced, and made generally available to the public. 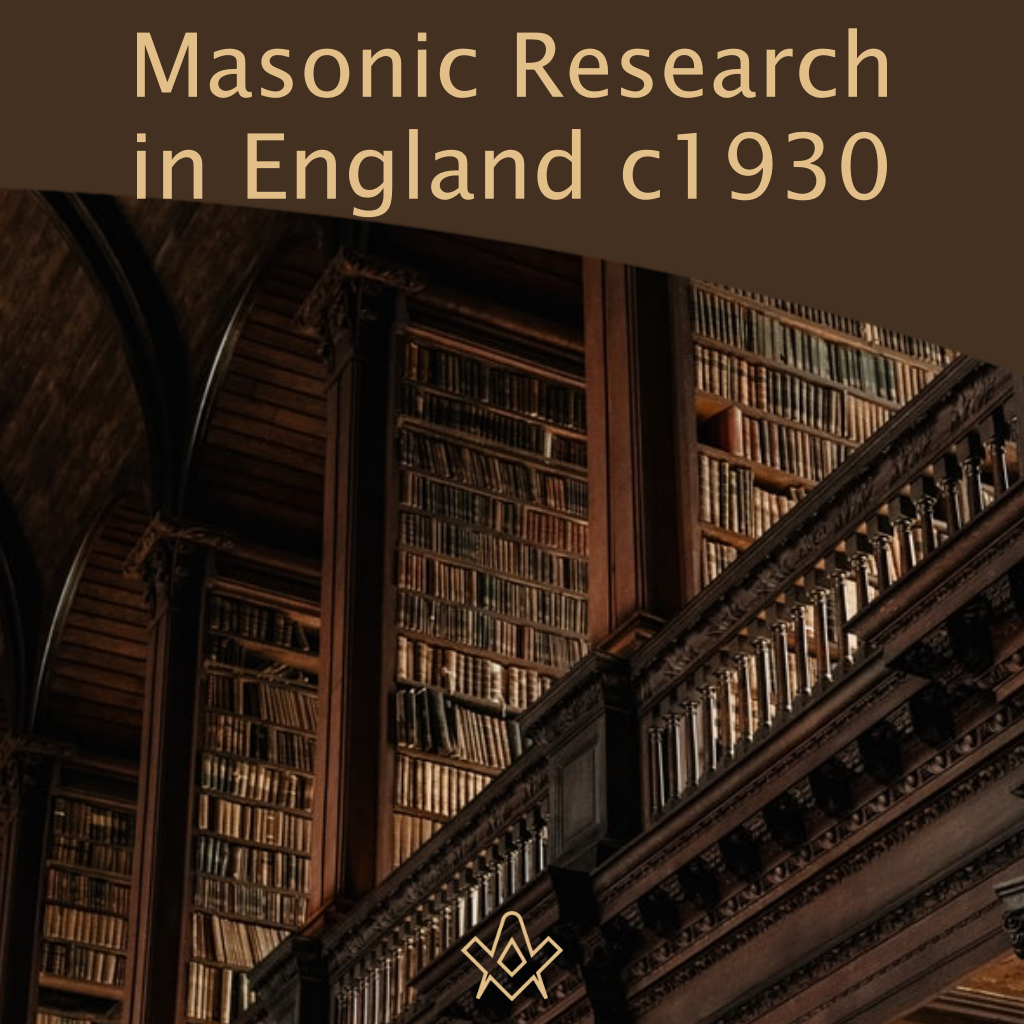 An article which appeared in an American Masonic magazine, c1930 and which was reproduced in England, provoking a little controversy.  …read more 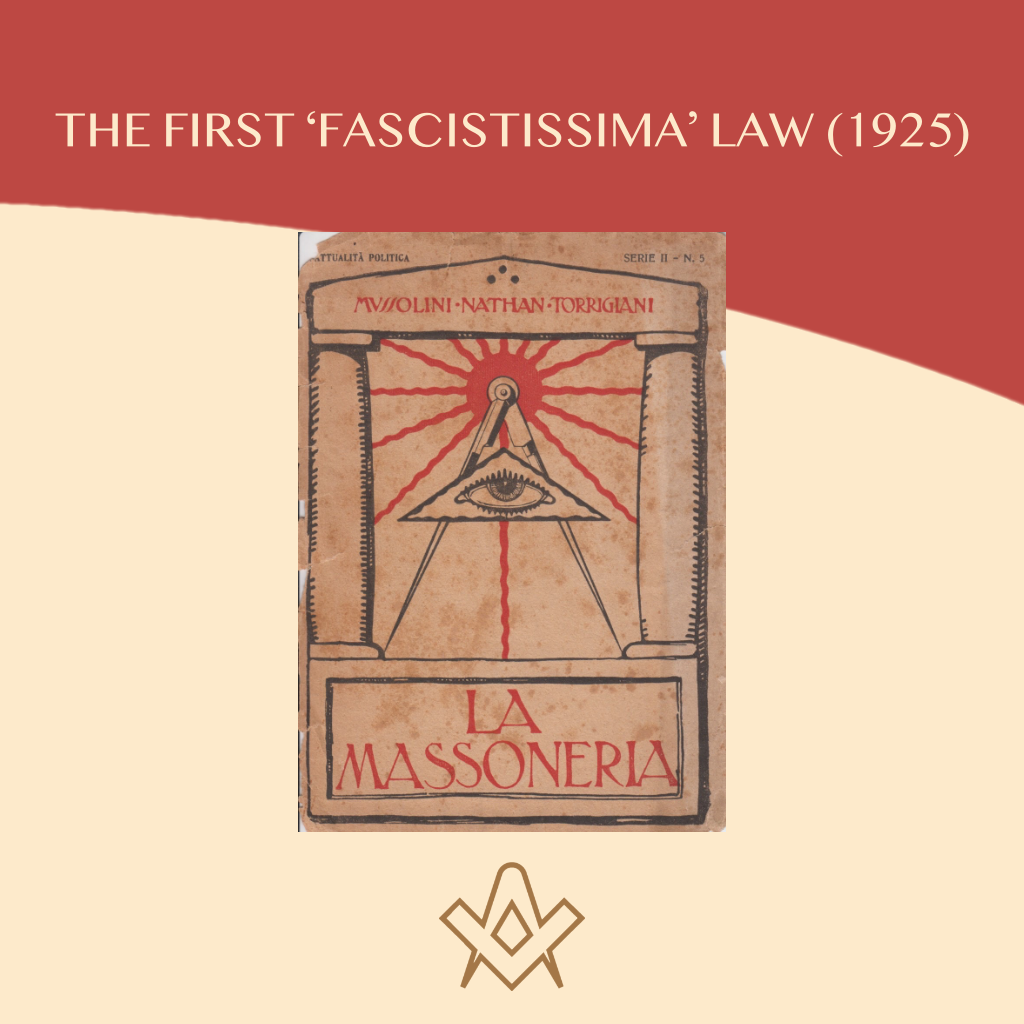 Interesting speech by the famous historian Prof. Aldo A. Mola, who links the fascist regime with the Masonic Associations.  …read more 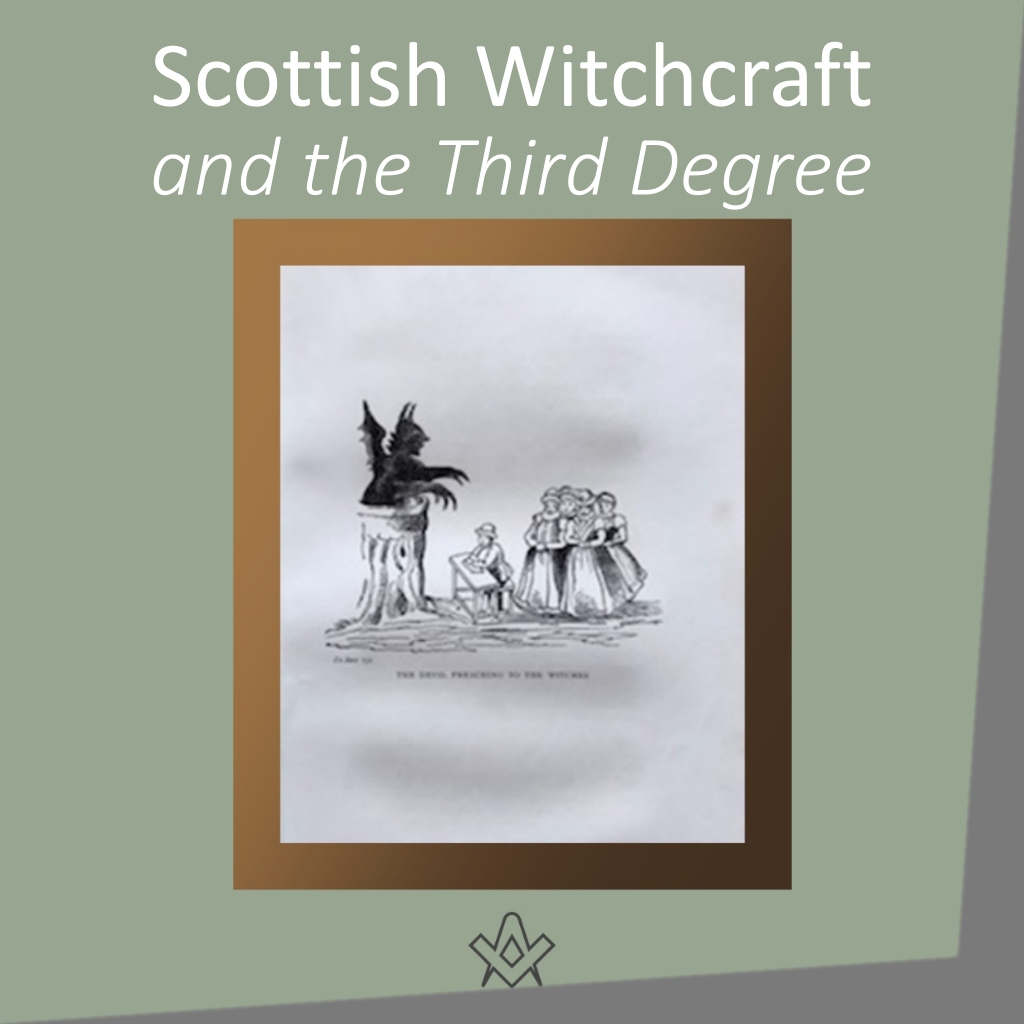