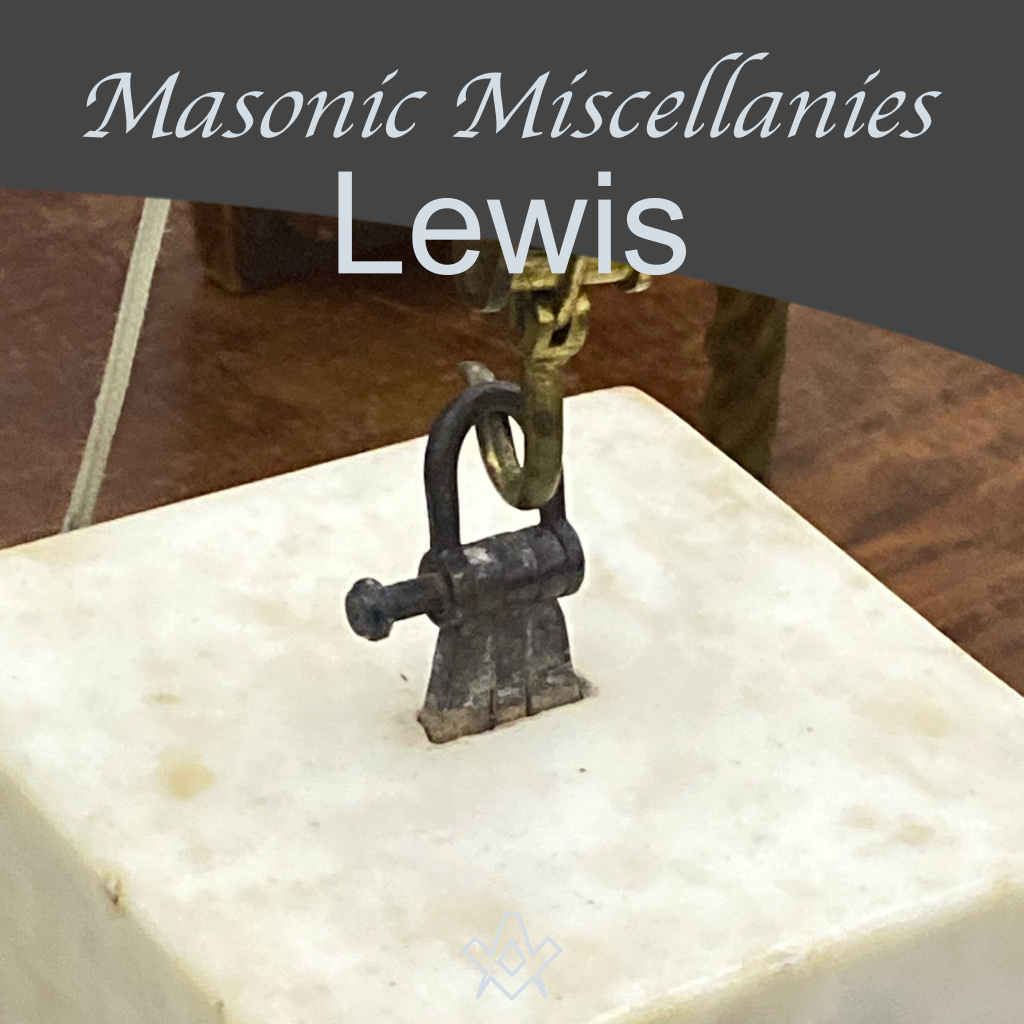 A Lewis in England has no rights legally conferred as such. He cannot be initiated under 21, except by Dispensation, but is conceded the priority in ballot and initiation over another Candidate not a Lewis.

In Scotland, a Lewis can be initiated at 18.  As an Operative Instrument, a Lewis is defined as pieces of iron dovetailed into a stone whereby the stone can be raised to great heights, sometimes called a strong grip, or cramp, as depicted in the Mark Degree. 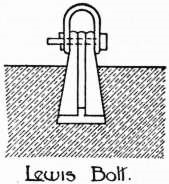 The words ‘Lewis’ and Louveteau, which, in their original meaning, import two very different things, have in Masonry an equivalent signification – the former being used in English, the latter in French, to designate the son of a Mason.

The English word ‘Lewis’ is a term belonging to operative Masonry, and signifies an iron cramp, which is inserted in a cavity prepared for the purpose in a large stone, so as to give attachment to a pulley and hook, whereby the stone may be conveniently raised to any height, and deposited in its proper position.

In this country [USA] the Lewis has not been adopted as a symbol in Freemasonry, but in the English ritual it is found among the emblems placed upon the tracing board of the Entered Apprentice, and is used in that degree as a symbol of strength, because, by its assistance, the operative Mason is enabled to lift the heaviest stones with a comparatively trifling exertion of physical power.

Extending the symbolic allusion still further, the son of a Mason is in England called a Lewis, because it is his duty to support the sinking powers and aid the failing strength of his father, or, as Oliver has expressed it;

‘to bear the burden and heat of the day, that his parents may rest in their old age, thus rendering the evening of their lives peaceful and happy’.

By the Constitutions of England, a Lewis or son of a Mason may be initiated at the age of eighteen, while it is required of all other candidates that they shall have arrived at the [more] mature age of twenty-one.

The Book of Constitutions had prescribed that no lodge should make ‘any man under the age of twenty-one years, unless by a dispensation from the Grand Master or his Deputy’.

The Grand Lodge of England, in its modern regulations, has availed itself of the license allowed by this dispensing power, to confer the right of an earlier initiation on the sons of Masons.

The word ‘louveteau’ signifies in French a young wolf.

The application of the term to the son of a Mason is derived from a peculiarity in some of the initiations into the Ancient Mysteries.

In the mysteries of Isis, which were practiced in Egypt, the candidate was made to wear the mask of a wolf’s head.

Hence, a wolf and a candidate in these mysteries were often used as synonymous terms.

Macrobius, in his Saturnalia, says, in reference to this custom, that the ancients perceived a relationship between the sun, the great symbol in these mysteries, and a wolf, which the candidate represented at his initiation.

For, he remarks, as the flocks of sheep and cattle fly and disperse at the sight of the wolf, so the flocks of stars disappear at the approach of the sun’s light.

The learned reader will also recollect that in the Greek language ‘lukos’ signifies both the sun and a wolf.

Hence, as the candidate in the Isiac Mysteries was called a wolf, the son of a Freemason in the French lodges is called a young wolf, or a louveteau.

The louveteau in France, like the Lewis in England, is invested with peculiar privileges.

He is also permitted to unite himself with the Order at the early age of eighteen years.

The baptism of a louveteau is sometimes performed by the lodge of which his father is a member, with impressive ceremonies.

The infant, soon after birth, is taken to the lodge room, where he receives a Masonic name, differing from that which he bears in the world; he is formally adopted by the lodge as one of its children; and should he become an orphan, requiring assistance, he is supported and educated by the Fraternity, and finally established in life.

In this country [USA], these rights of a Lewis or a louveteau are not recognized, and the very names were, until lately, scarcely known, except to a few Masonic scholars.

Article from The Builder – November 1922 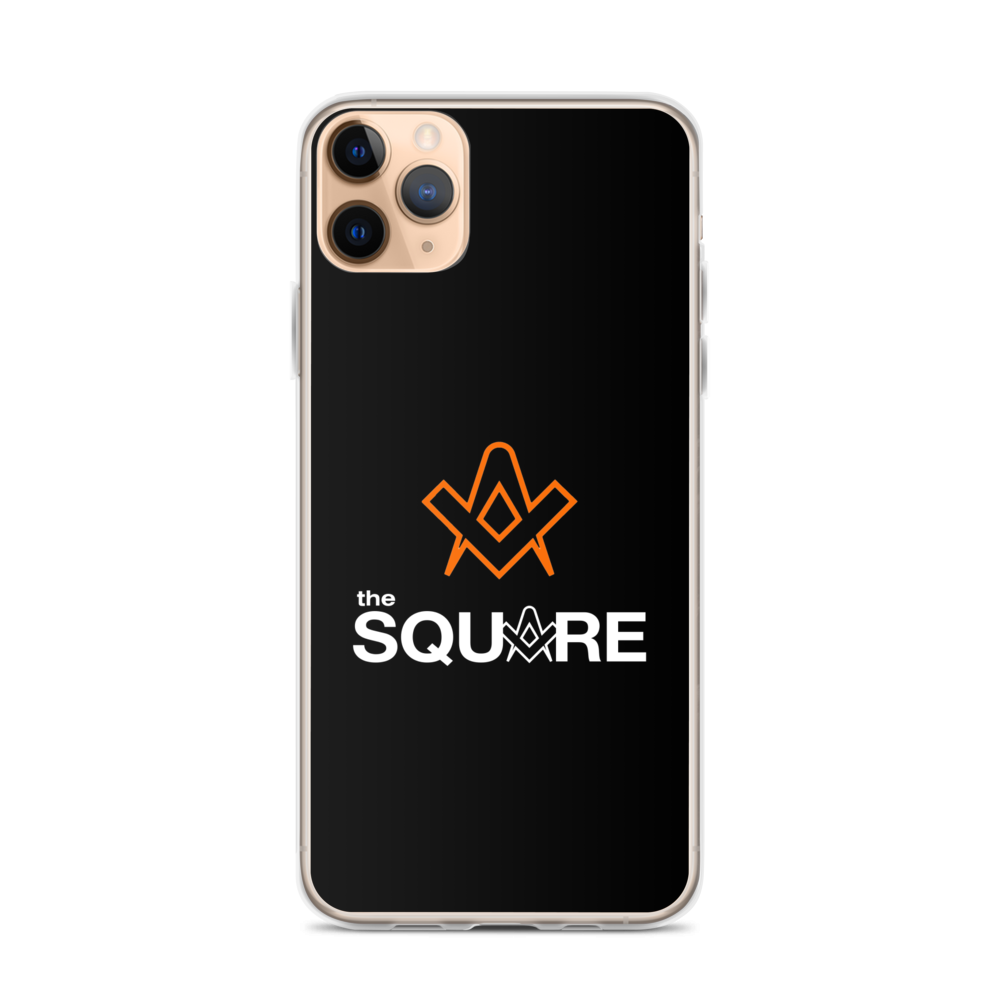